Superheroes: Why we Love Them & Collect Them

Studies have indicated that children develop a sense of  justice and appreciation for heroism before they can even speak: As early 6-10 months old they are drawn to characters who intervene to help, protect, or do good for others.  So is our love for superheroes innate?

The archetype of all superheroes, Superman, appeared in the first issue of Action Comics magazine in 1938 (though he had made some newspaper appearances prior to this). He was closely followed by Batman and Captain Marvel in 1939. Then Marvel’s Captain America debuted in March of 1941: a year and a half after WWII broke out in Europe and 9 months before the United States entered the fight in December 1941. Depicted taking out Nazis and encouraging civilians to buy war bonds, Captain America became a symbol of perseverance and victory for Americans on the front lines and the home front.  The United States government even sent Captain America comics books to troops overseas to boost morale.

It’s easy to see why, in a time of great uncertainty and hardship, people would look to fictional heroes as shining examples of bravery, hope, and victory over evil. But there are many theories about why society has an enduring admiration for the superhero trope. Some argue that superheroes have become a deific pantheon of sorts for modern secular society, while others maintain that they help us deal with adversity (individually and collectively). Aside from being role models and objects of veneration, superheroes live in a world that is full of exciting possibilities that capture our imaginations.

The particular reasons we love them depend on the individual and the greater socio-political climate. The popularity of various superheroes has waxed and waned over the years, depending on what speaks to the current generation. They adapt to fit changing social needs.

For example, Spider-Man debuted in 1962 to fill the need for a character who was both aspirational and relatable: an awkward teenager who is still discovering his identity and making mistakes, but is able to accomplish great feats of bravery and heroism. Unlike billionaire Bruce Wayne, or Kryptonian Clark Kent, Peter Parker is just a regular (human) kid from a working-class family, who gets bullied at school and works as a pizza boy. We can relate to Peter’s struggles while we aspire to Spider-Man’s accomplishments. 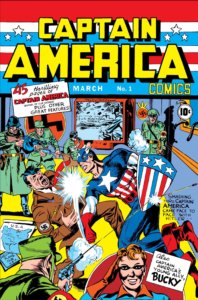 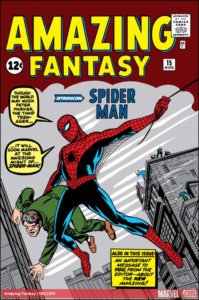 The cover of Captain America Comics #1, by Joe Simon and Jack Kirby, and the cover of Amazing Fantasy #15 (Introducing Spider-Man) by Stan Lee and Steve Ditko. The copyright for these images is owned by Marvel Entertainment.  They qualify as fair use under United States copyright law.

So potent is the superhero’s power that we desire to posses icons of them in the form of objects we collect, wear, use, look at, etc.: either in full likeness, such as a figurine, or symbolically, such as piece of clothing emblazoned with their emblem. Much like Disney (who now owns Marvel), licensing of the characters for merchandise began almost immediately.  The earliest Superman licensed product was a 1939 Superman Club of America membership button. This expanded to include trading cards, wooden or metal figures, paper dolls, jigsaw puzzles and bubble gum throughout the 1940s.

Over the last 80+ years, superhero merchandising has exploded into the multi-billion dollar industry that it is today. Superhero toys and other items have become a major subset of the collectibles world. The gallery below shows a sampling of Collectors Quests’ superhero collection, while our vintage toy shop has some newly listed superhero-themed scale model diecast cars available – check them out here! 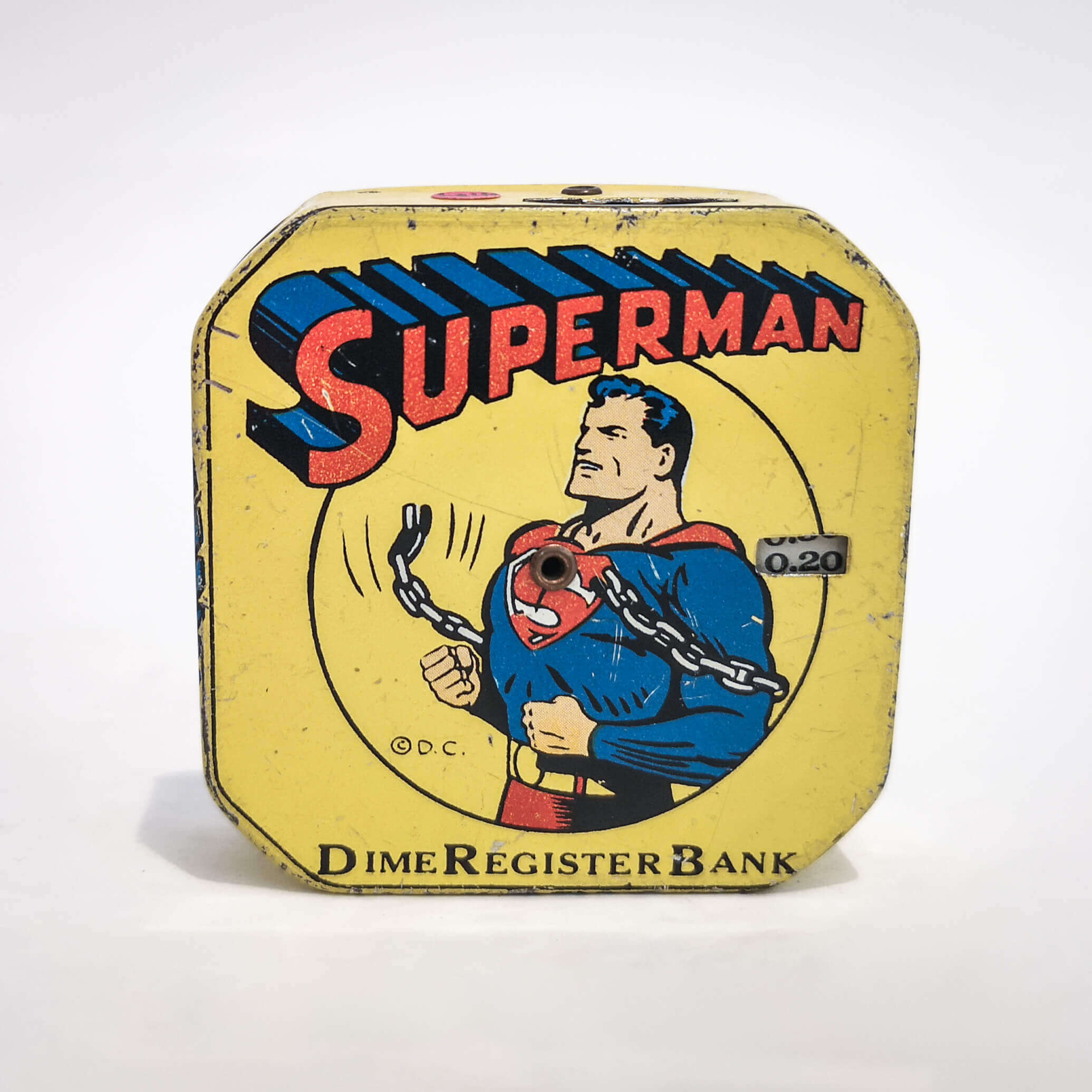 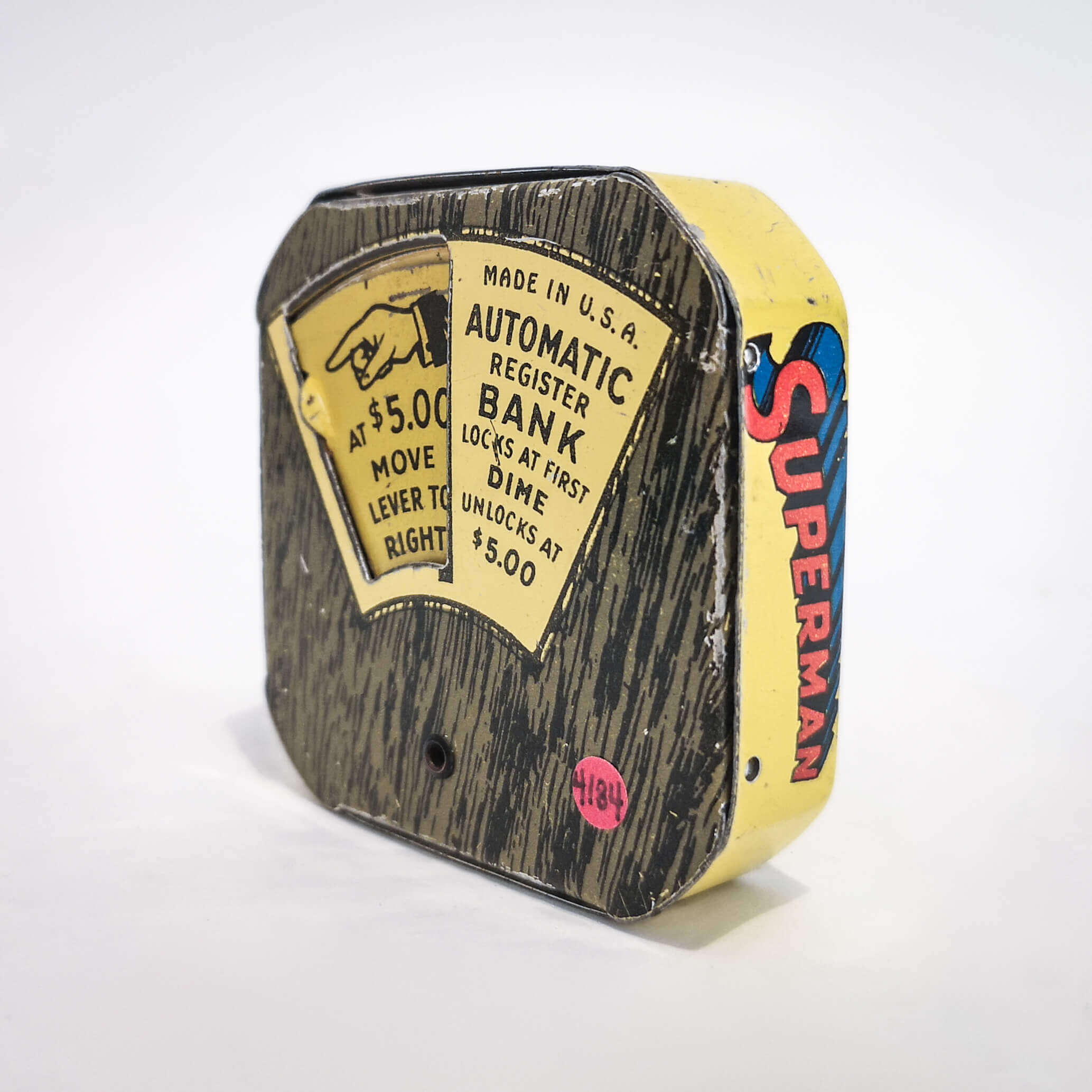 Superman Dime Register Bank, copyright to D.C. Comics, made in the USA ca. 1940. 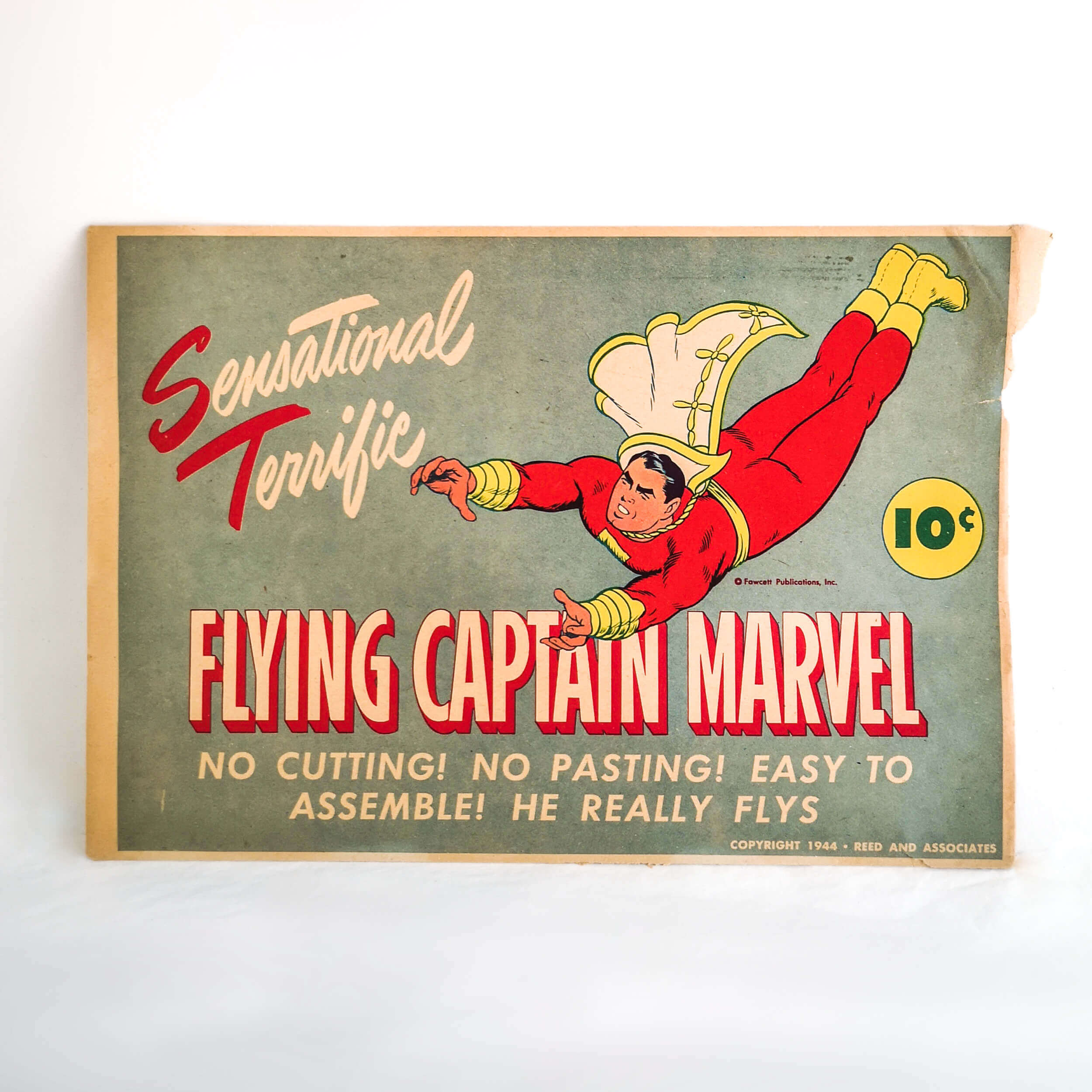 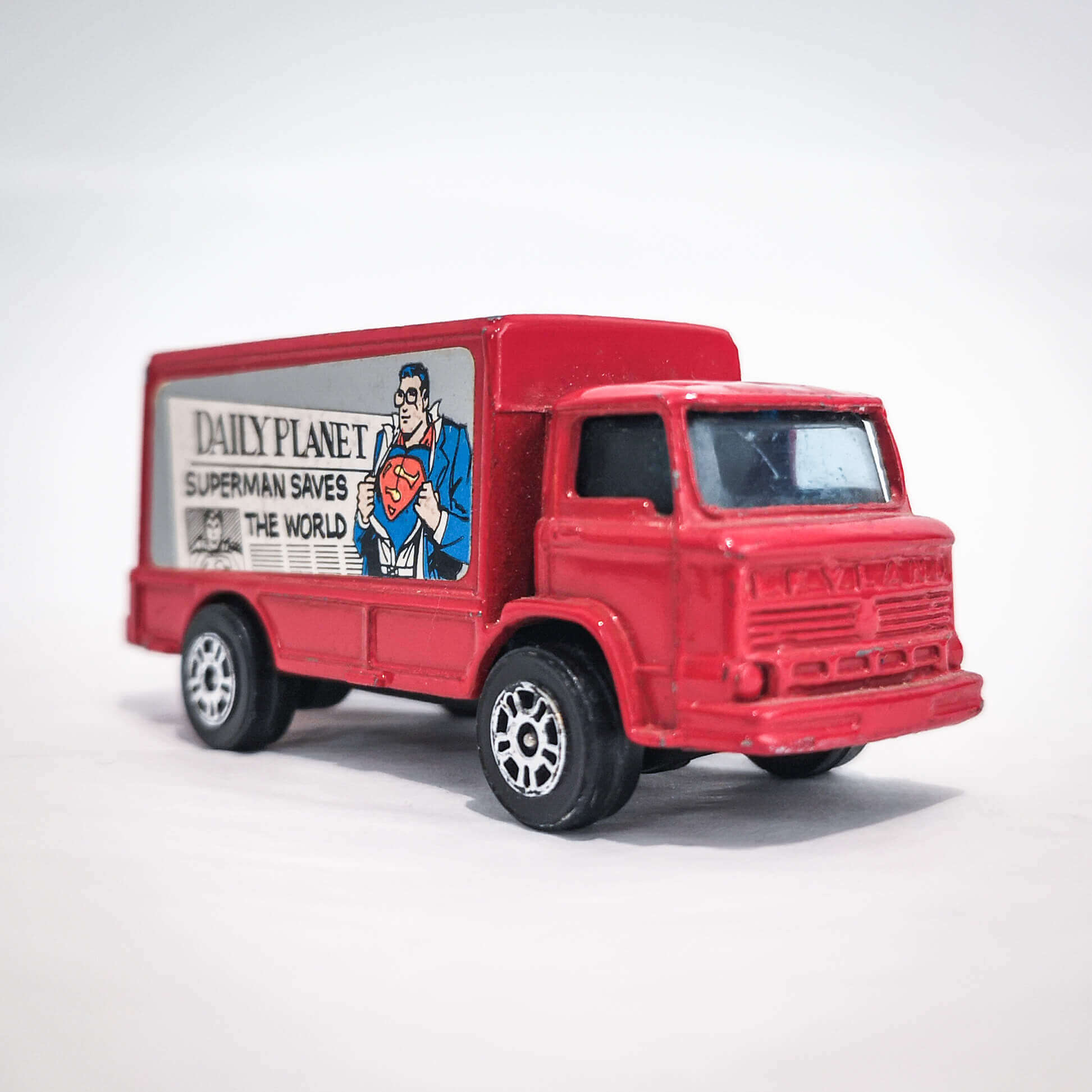 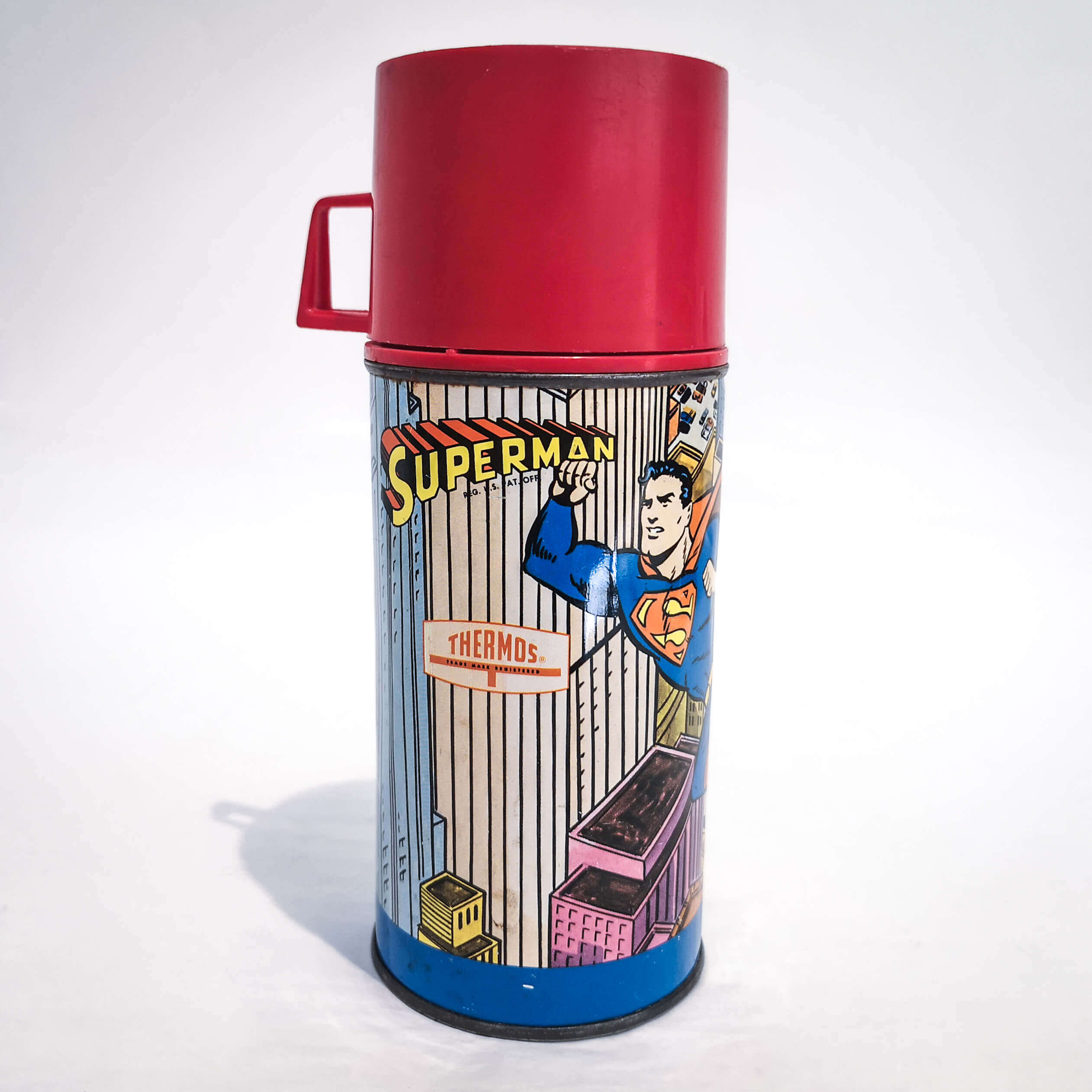 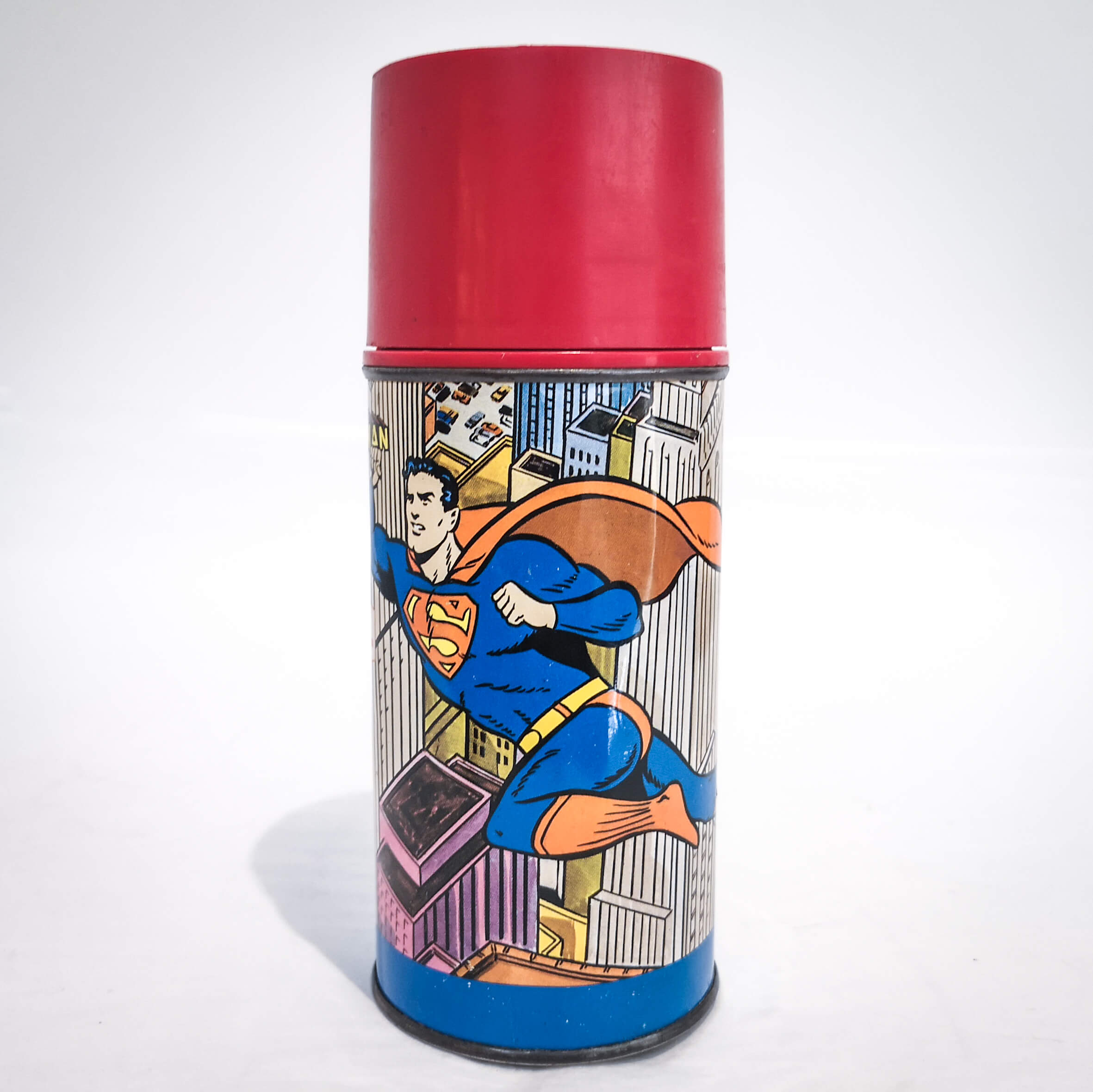 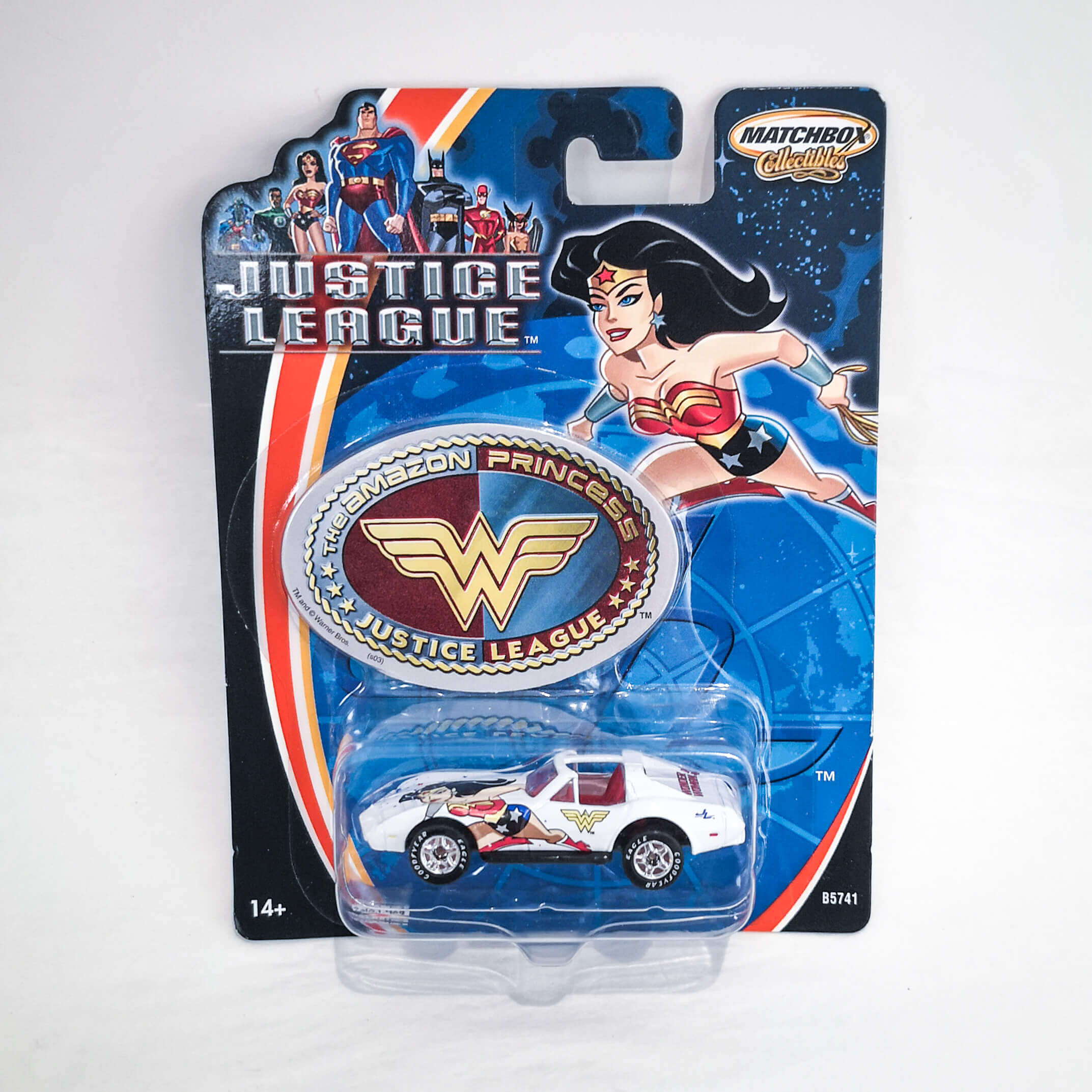 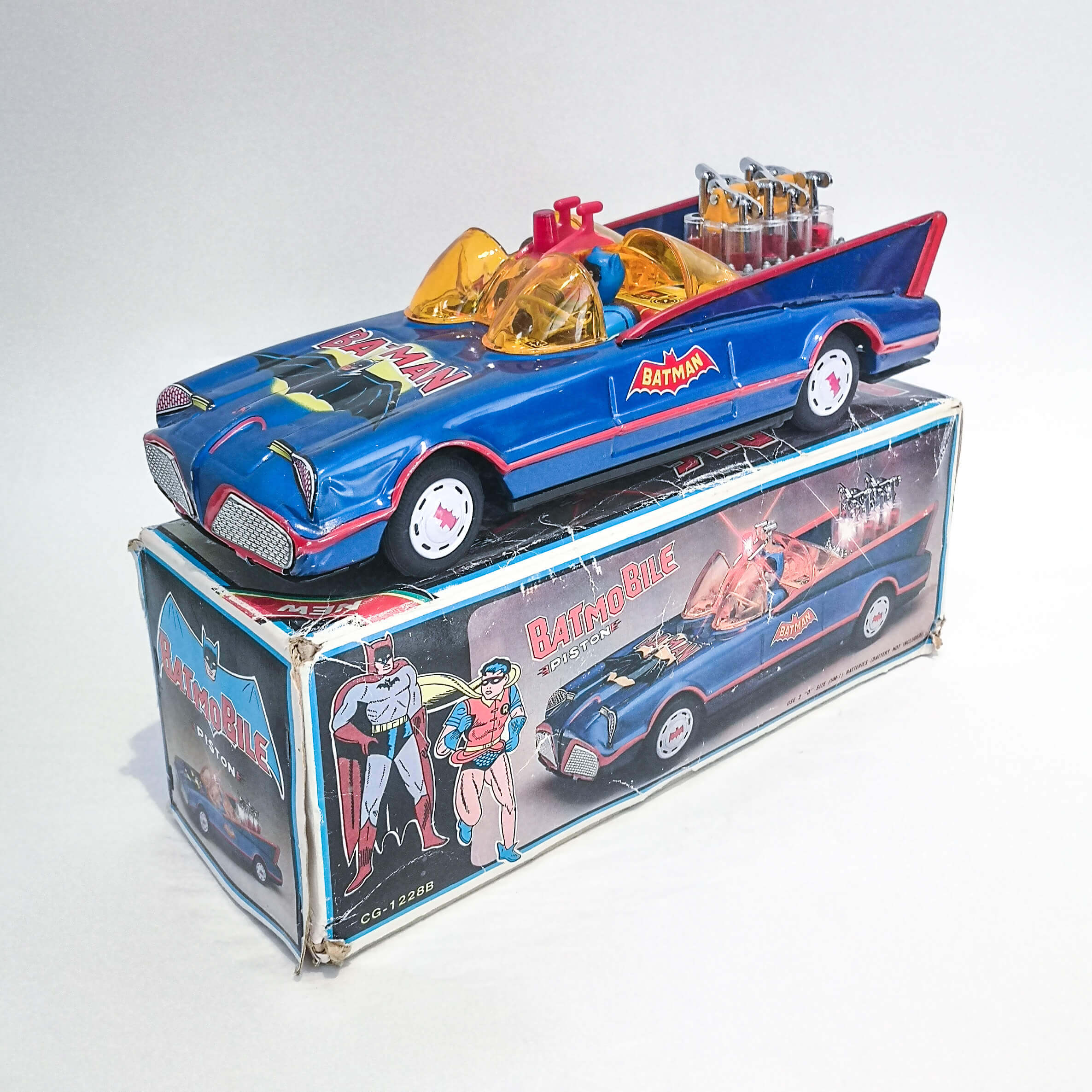 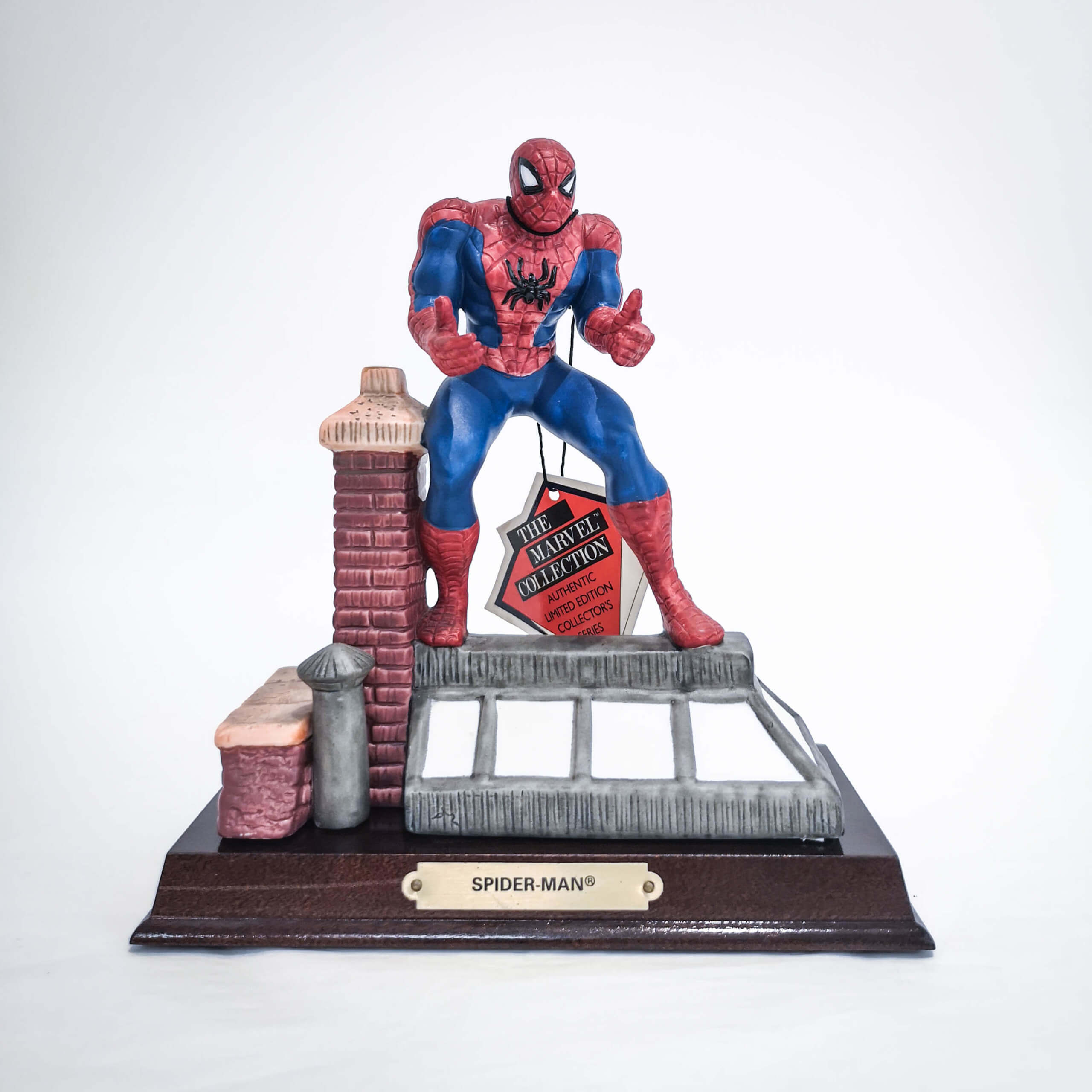 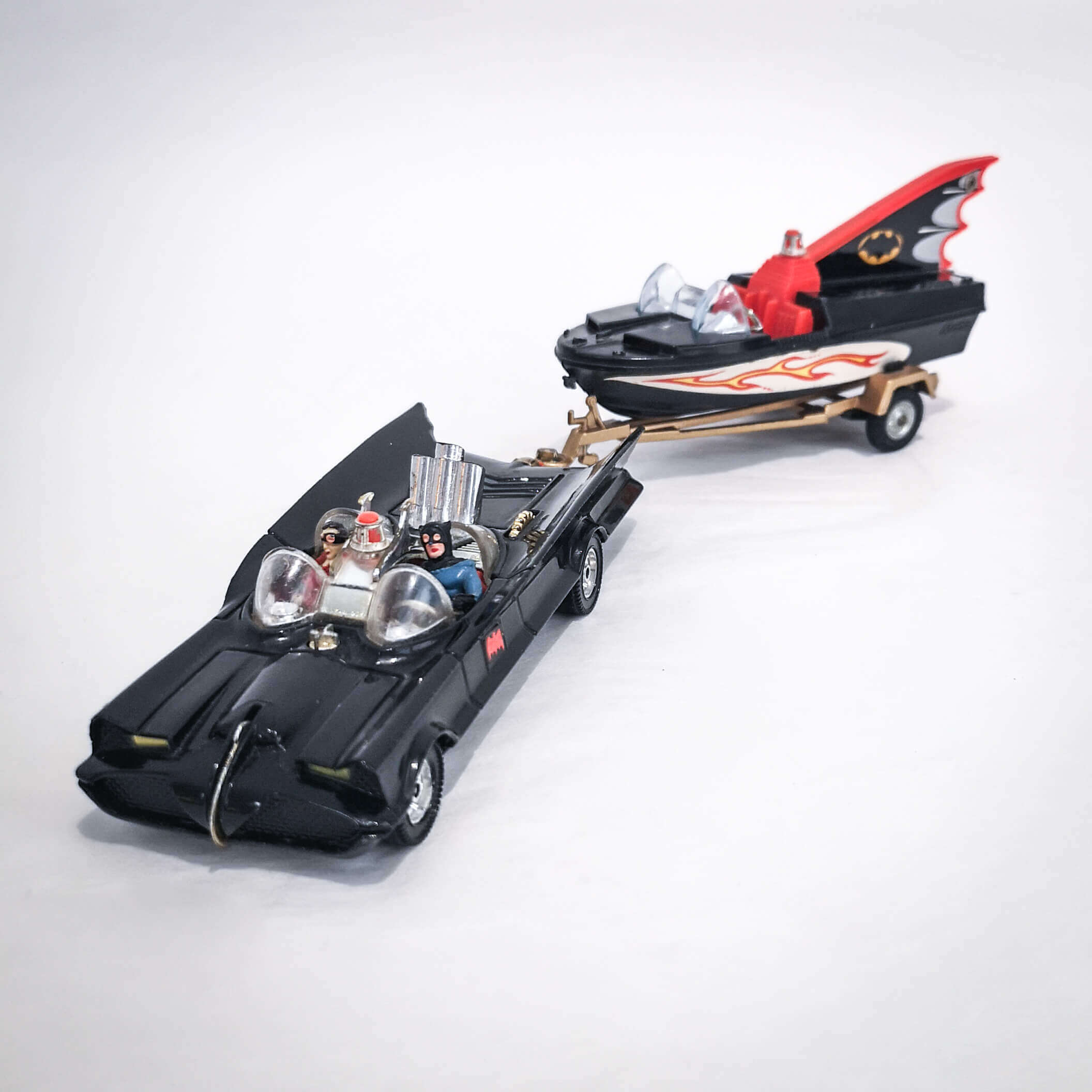 Batmobile and Batboat. Manufactured by Corgi, made in Great Britain c.1960s. 10" long. 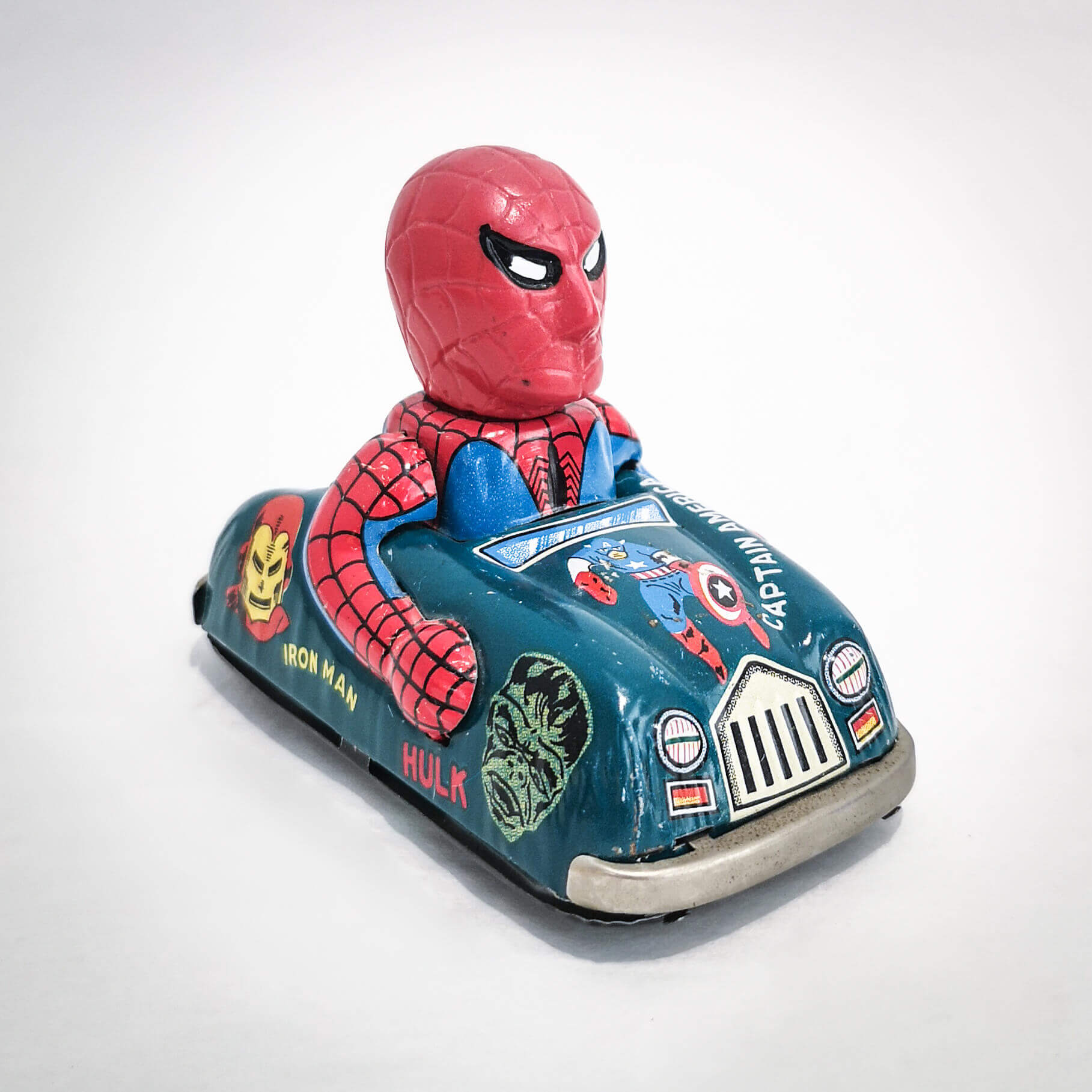 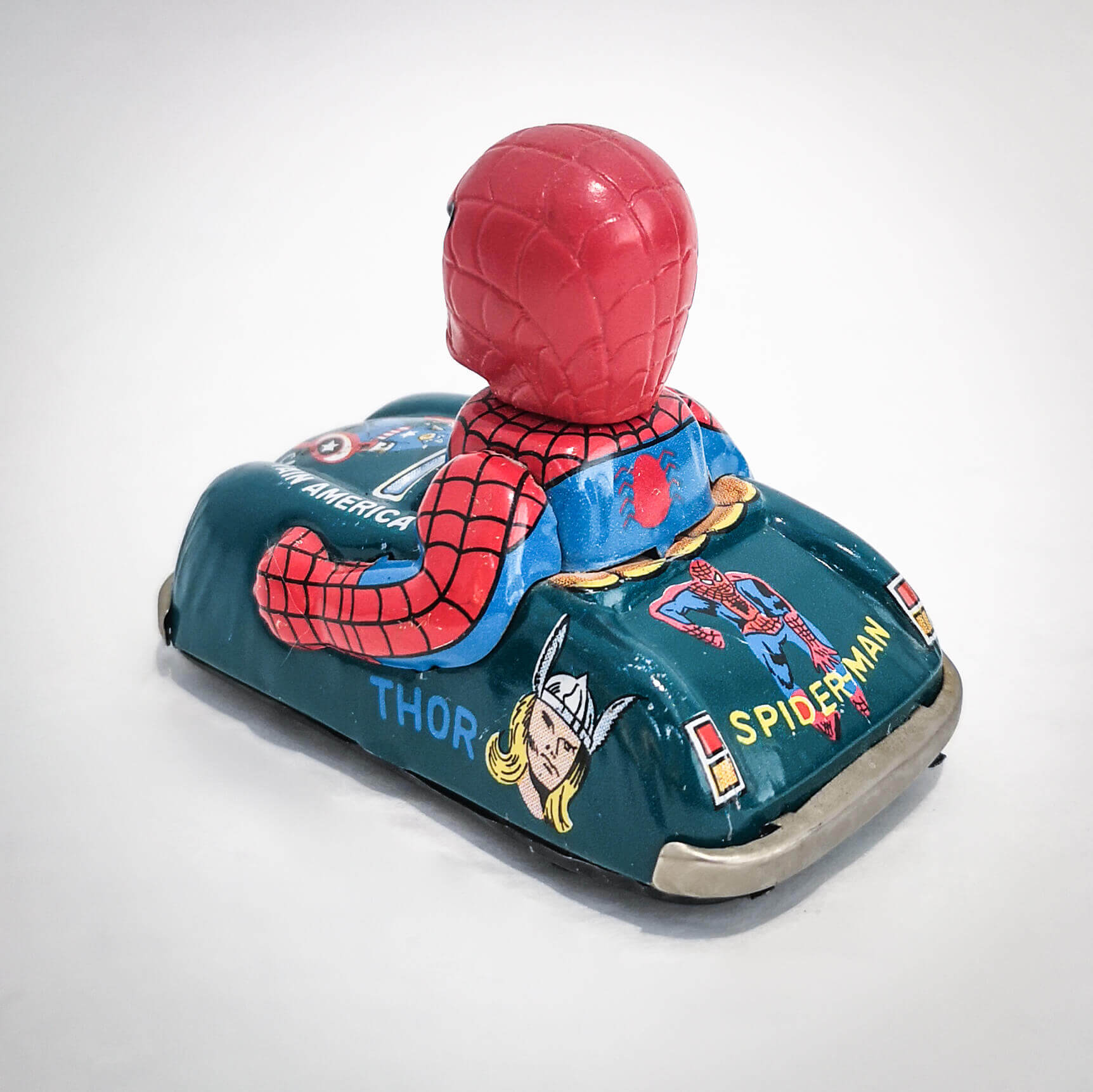 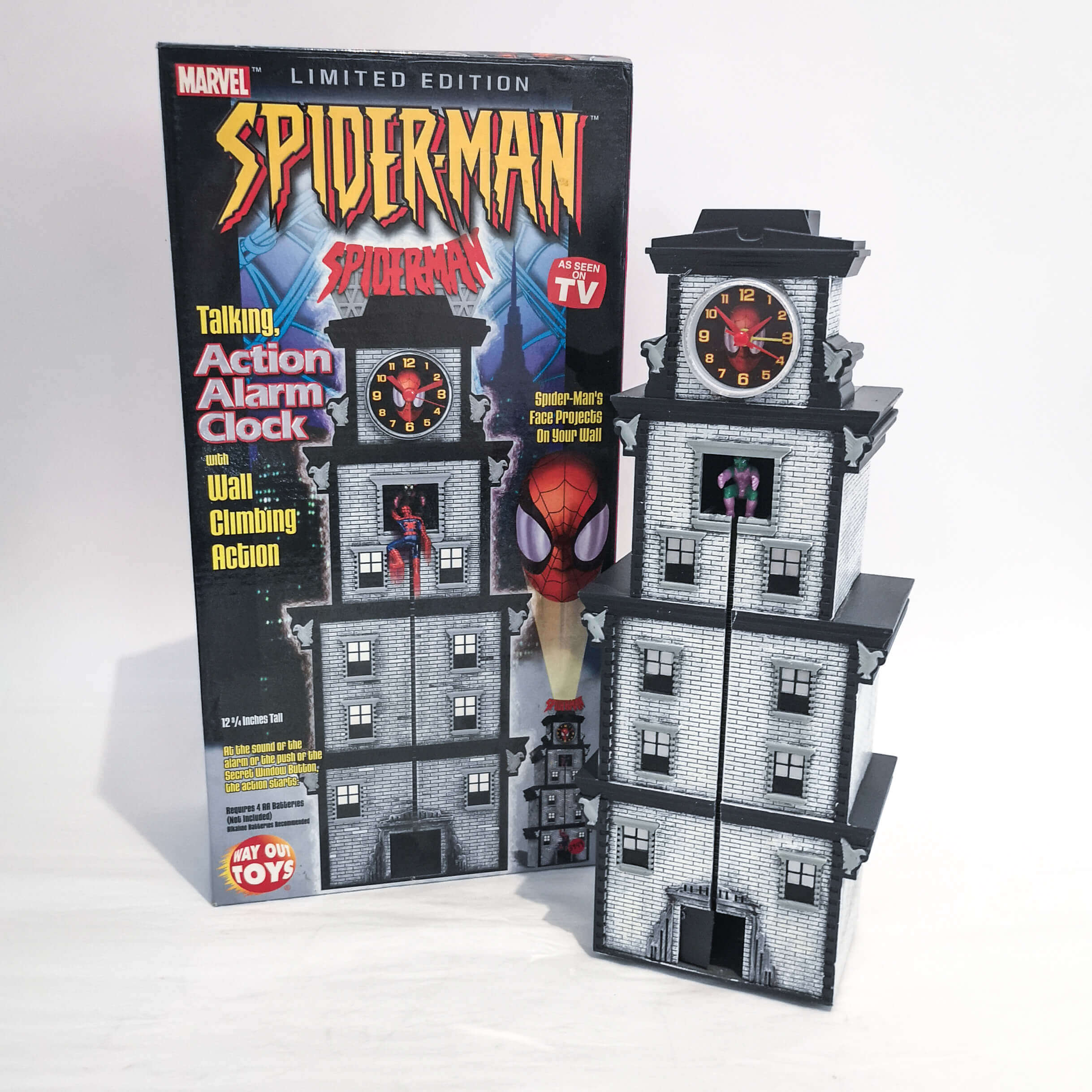 Spider-Man Alarm Clock. Manufactured by Way Out Toys, made in China c.2002. 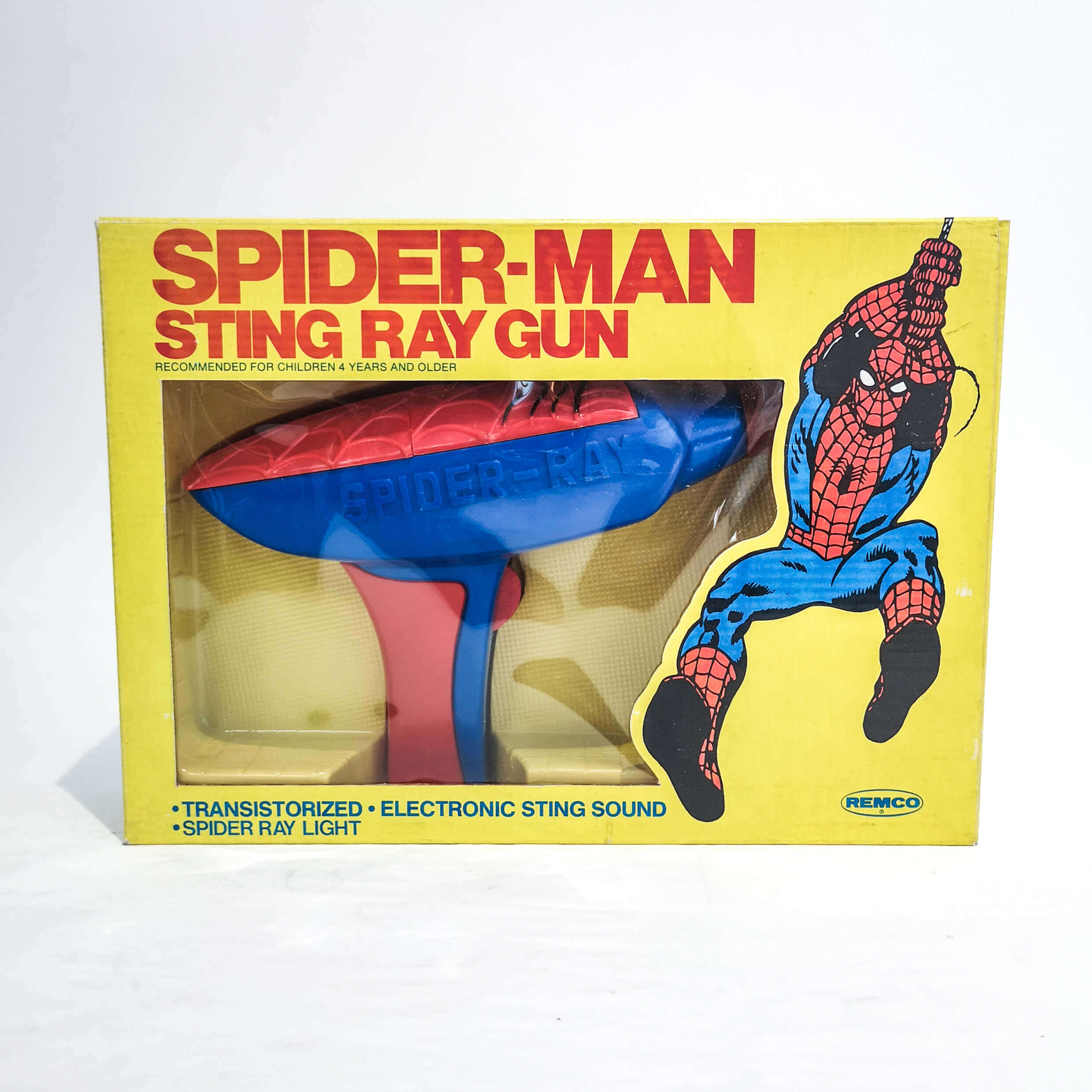 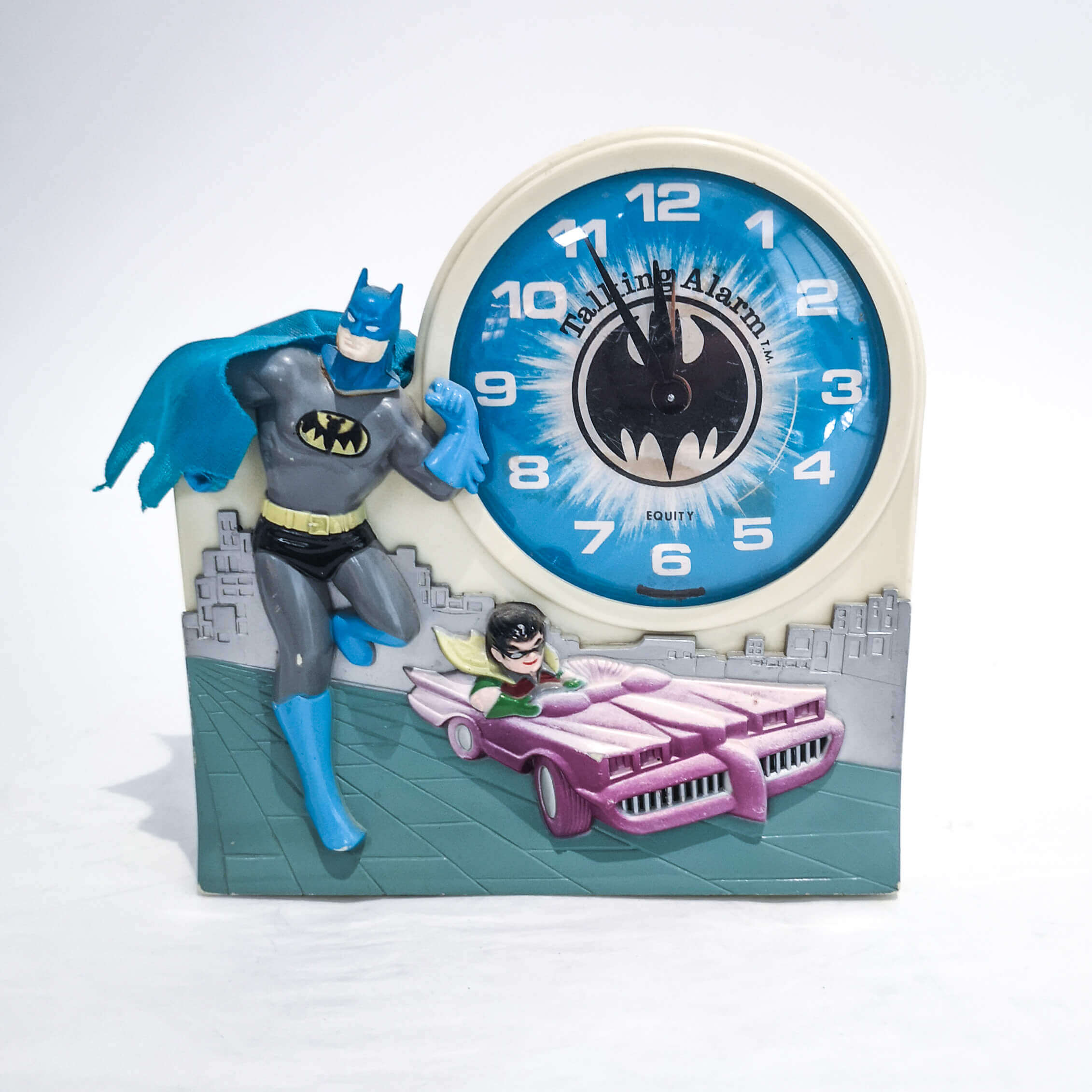 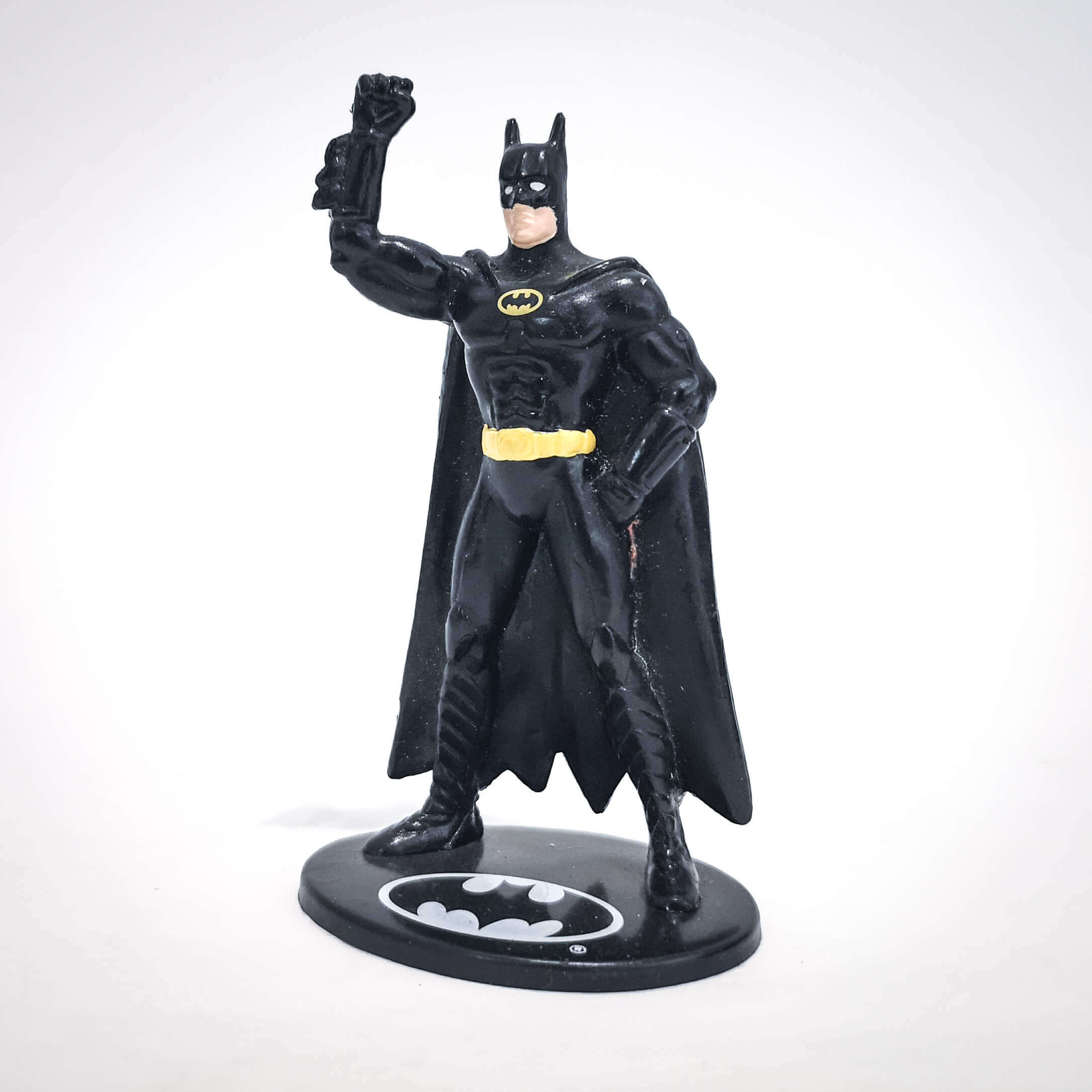 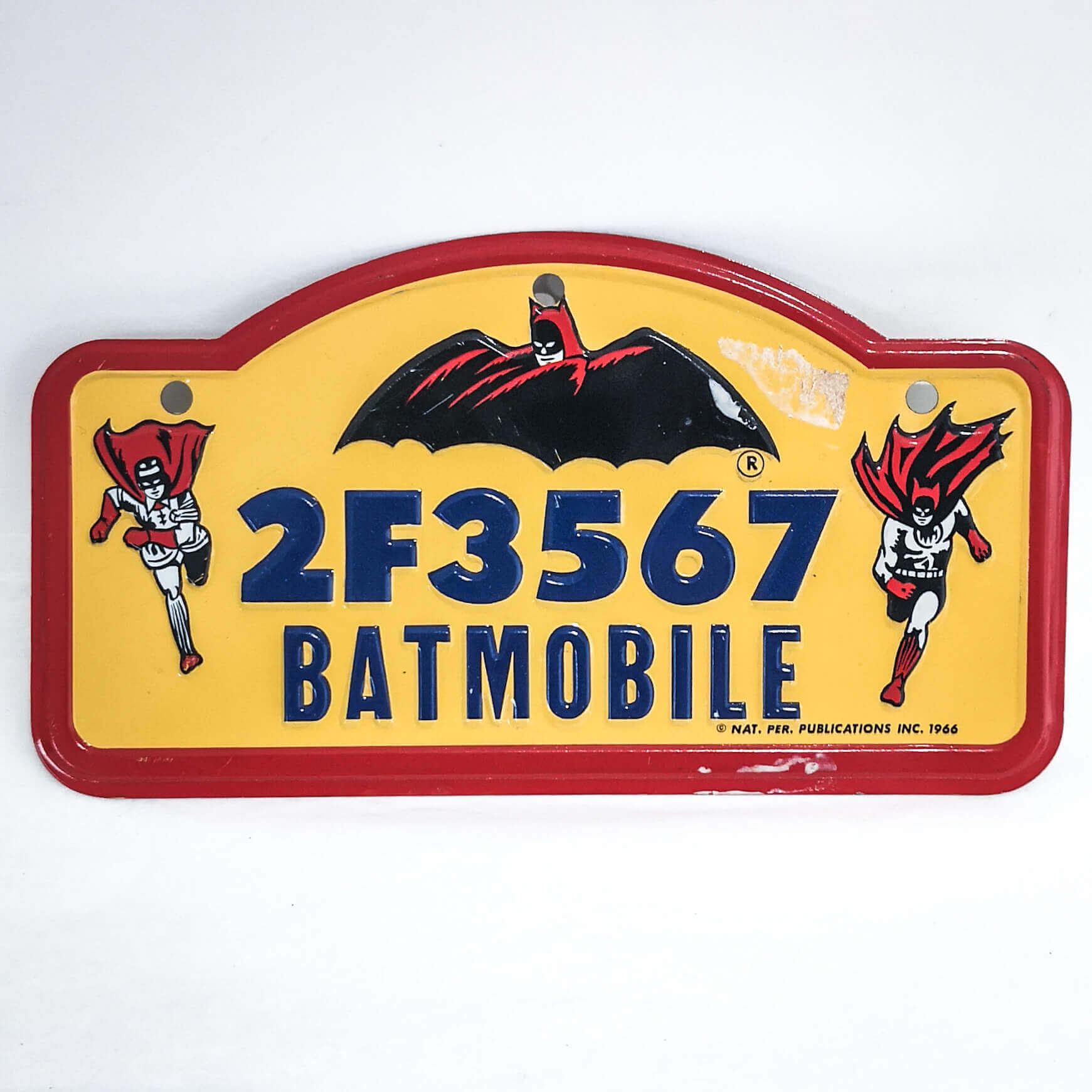 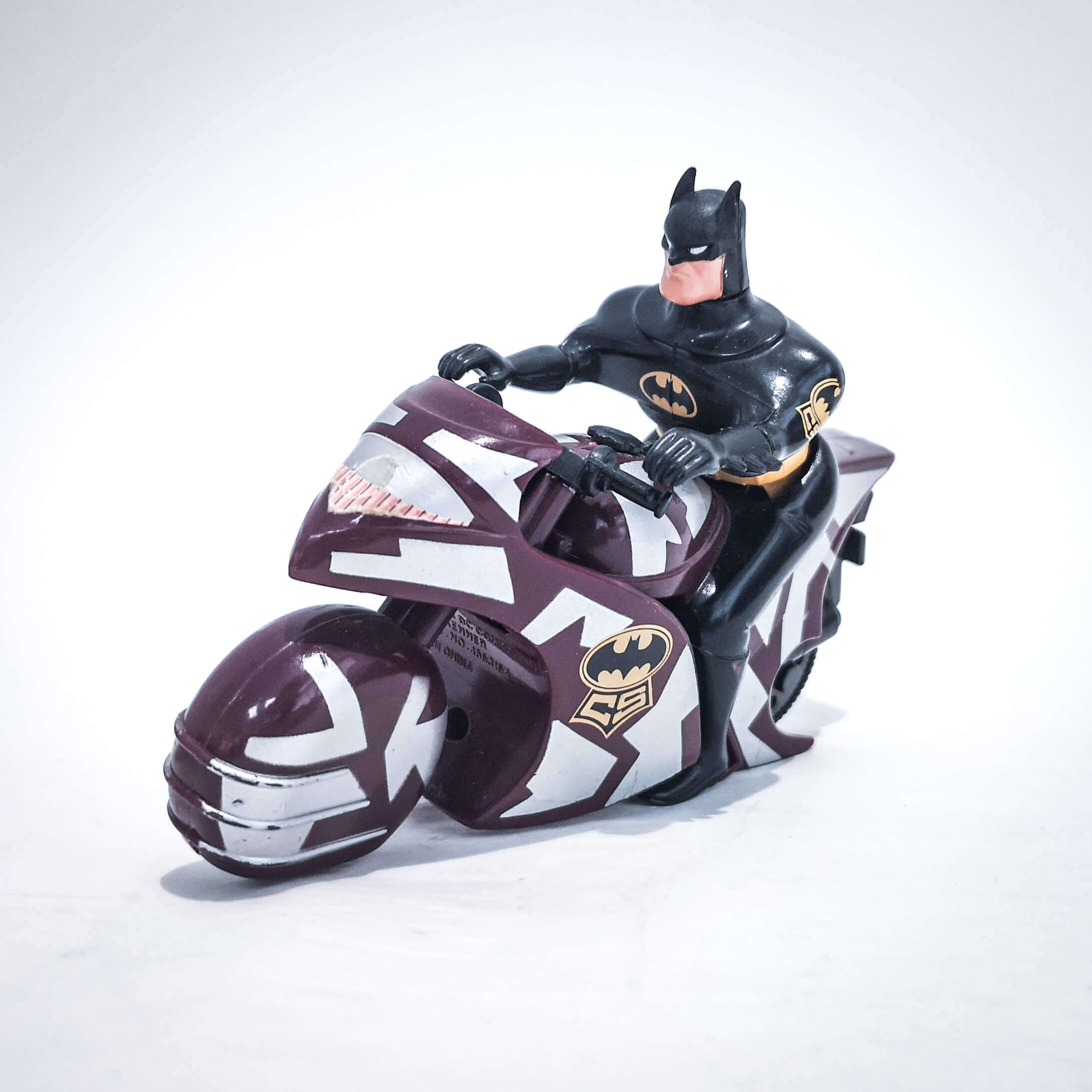 Batman on Batcycle, manufacture by Kenner, made in China c.1992.