Disney merchandise has been around nearly as long and Disney Studios itself. And without the funds raised by this merchandising, there might not have been some of the classic Disney films that we’ve come to know and love today.

Let’s go back the the beginning(ish). After Walt Disney’s first animation studio (Laugh-O-Gram Films, founded with friend Ub Iwerks in Kansas City) had to file for bankruptcy, Walt moved to Hollywood and started a new studio with his brother Roy. Many of the animators from Laugh-O-Grams came to join Disney, and for the next four years they mainly produced a series of Alice in Cartoonland films, the first of which Walt had produced at Laugh-O-Grams.

Then Mickey hit the scene in 1928. Well actually, his name was Mortimer, but Walt’s wife urged him to change it to something more appealing – like Mickey. The mouse was a hit, and merchandising soon followed. In 1929, a man approached Walt Disney at a hotel in New York and offered him $300 for the rights to put the image of Mickey Mouse on a children’s notepad. The studio needed the money, so Walt made the deal. The notebook was a success, and more merchandising offers started rolling in. That same year Disney established a special division, Walt Disney Enterprises (renamed to to Walt Disney Productions in 1938), to handle the merchandising side of the business.

In 1930, a local seamstress Charlotte Clark got permission from Disney to create a plush Mickey Mouse doll.  It was such a sensation and Disney was so pleased that they rented a building near the studio for Charlotte and six other seamstresses to work on the dolls, where they churned out 300 to 400 Mickeys per week! As the cast of Disney characters grew, Clark created patterns for Donald Duck, Pluto, Minnie Mouse and other popular characters to be produced by manufactures worldwide.

Disney signed a licensing contract with New York based Borgfeldt & Co. in 1930, and then in 1932 they contracted Herman “Kay” Kamen to exclusively handle the licensing of all Disney merchandising. Under Kay’s leadership, things really took off.  In 1933 he signed a deal with the Ingersoll-Waterbury Clock Company, putting Mickey Mouse timepieces on wrists and nightstands around the world. But watches and alarm clocks weren’t the only things with Mickey’s face on them. Licensed Disney products included various types of toys, clothes, books, school supplies, toiletries, and even wallpaper. Kay also made sure that the products he licensed for Disney’s name and characters met certain quality standards.

Within two years, he had generated over $35 million worth of sales in Disney merchandise – this was no small feat, especially during the midst of the Great Depression. The funds generated from Kay’s immensely successful endeavors allowed Disney to create one of the most celebrated animated films of the 20th century: Snow White & the Seven Dwarfs.  Snow White took over 3 years to produce, and cost the studio $2 million, which was unheard of for an animation at the time.  Kay spearheaded an intensive marketing campaign for the film, turning out a cornucopia of Snow White merchandise.  Ultimately, the profit from the film and the merchandise allowed Disney to build a new studio in Burbank, California.

Many of the big names in toys during the mid 20th century, such as Ohio Art and Schuco, manufactured a licensed Disney product at some point.  The Louis Marx Company, for example, produced quite a number of toys featuring various Disney characters, which can be seen in the gallery below.

Get $15 off (min. $50 purchase) any Disney item in our vintage toy shop with code: MORTIMER 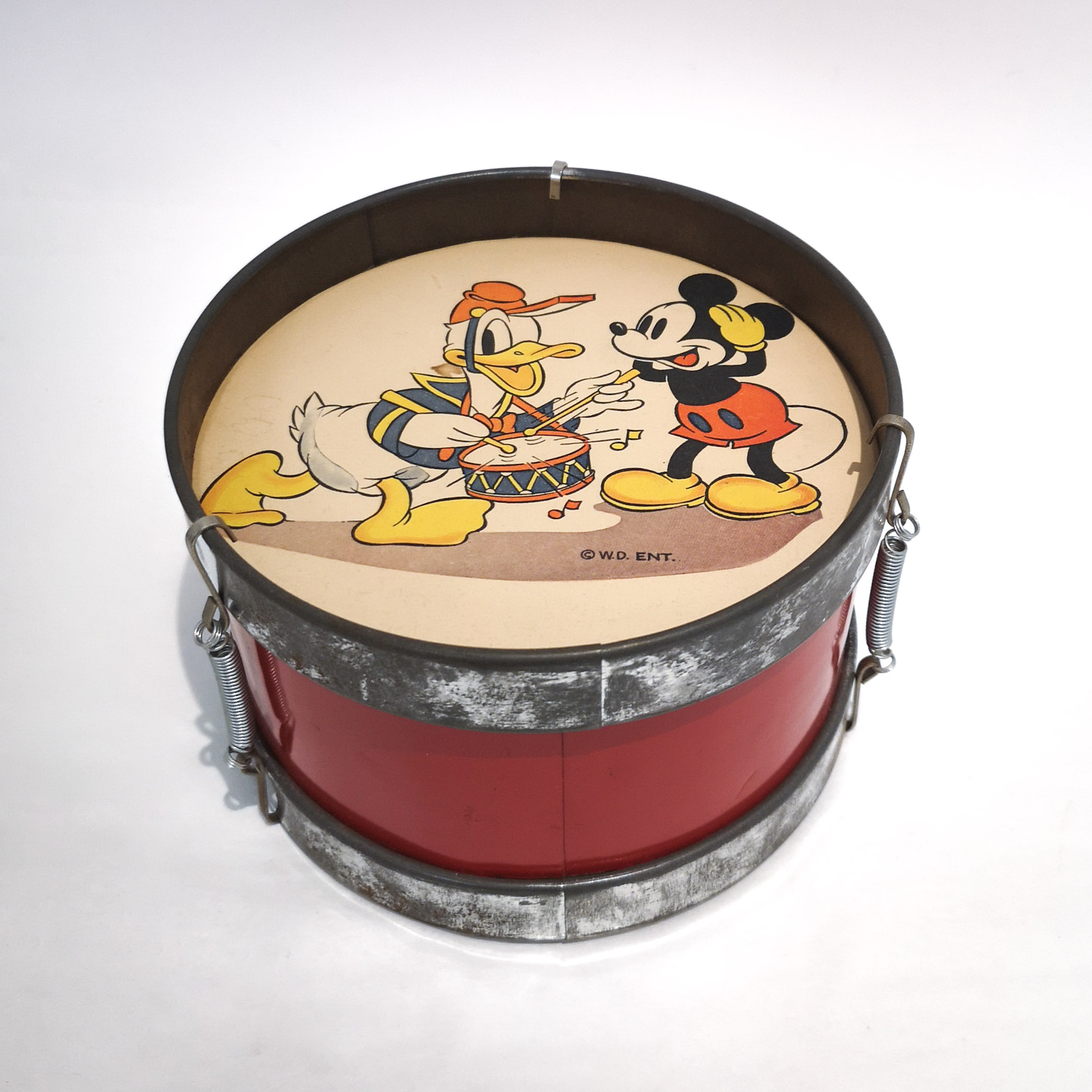 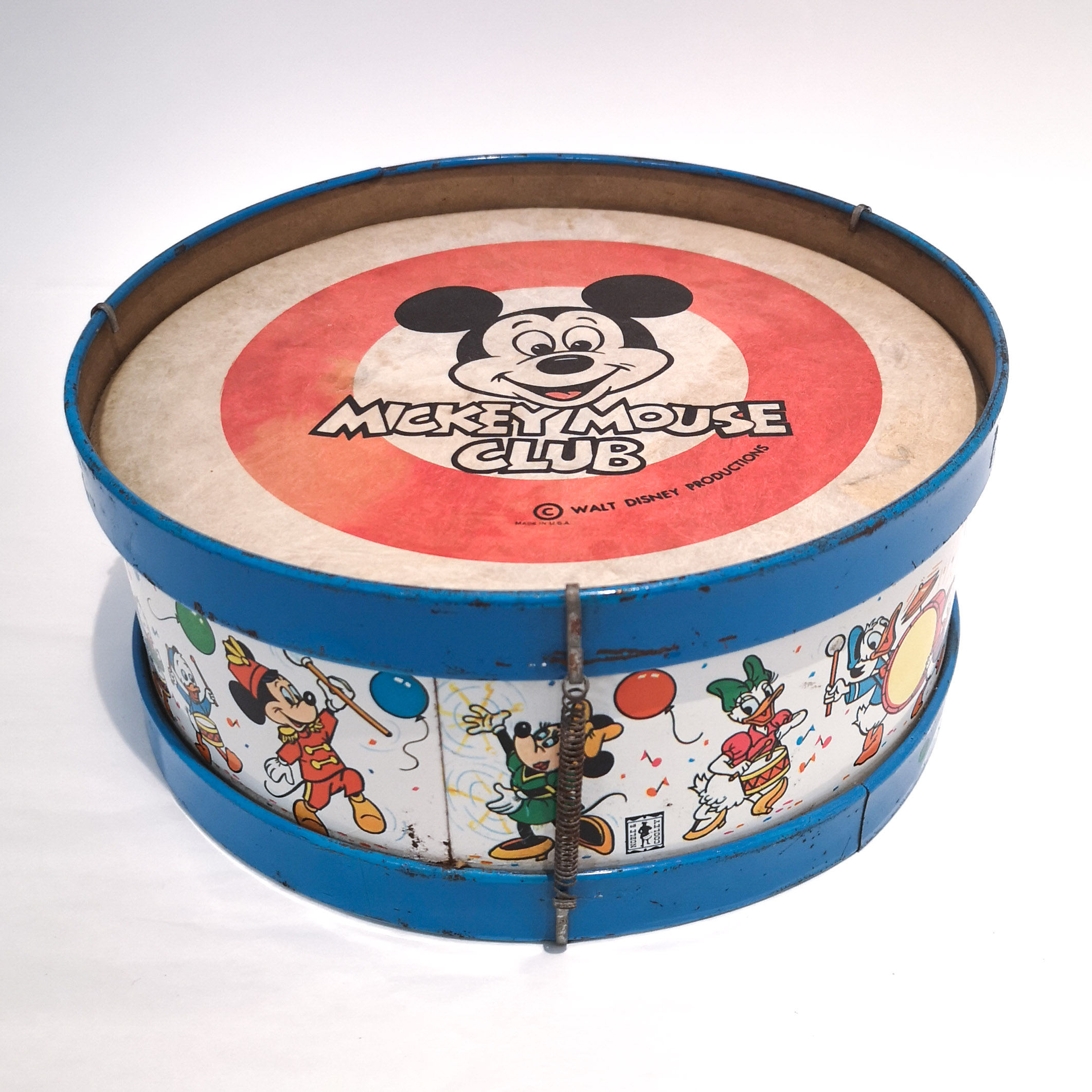 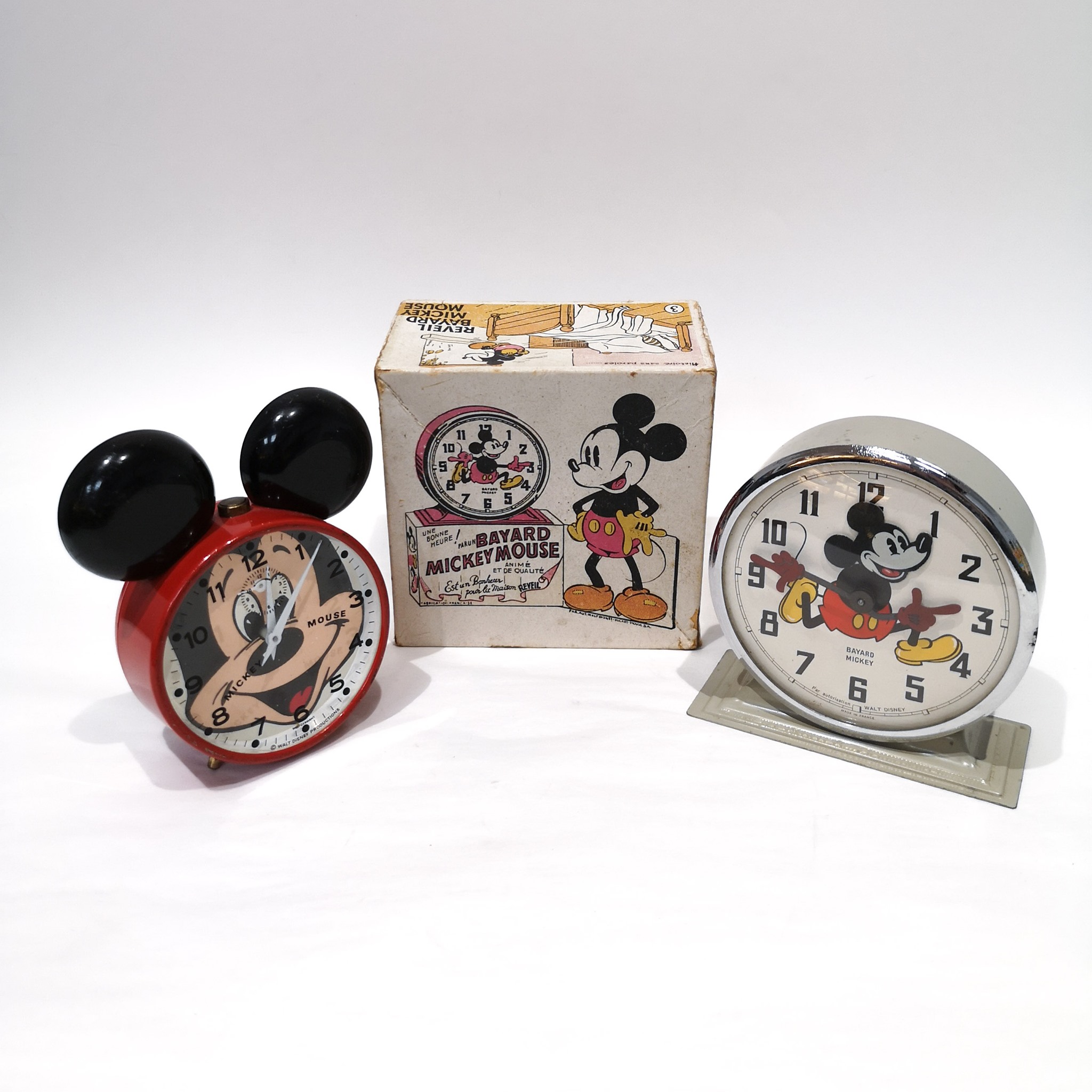 Mickey Mouse wristwatch with plastic figurine. Manufactured by Ingersoll. Made in USA, c. 1950. 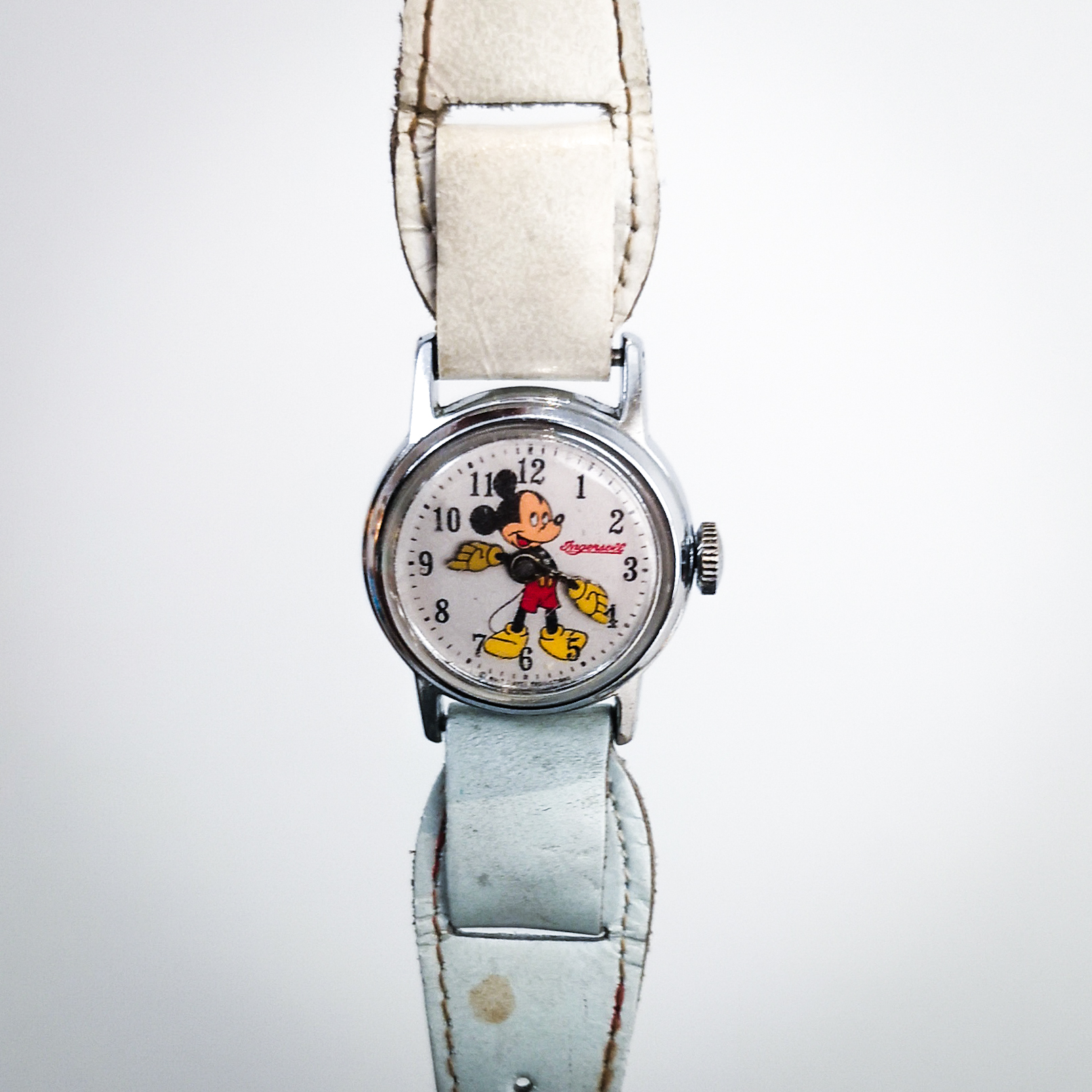 Mickey Mouse wristwatch. Manufactured by Ingersoll. Made in USA, c. 1950. 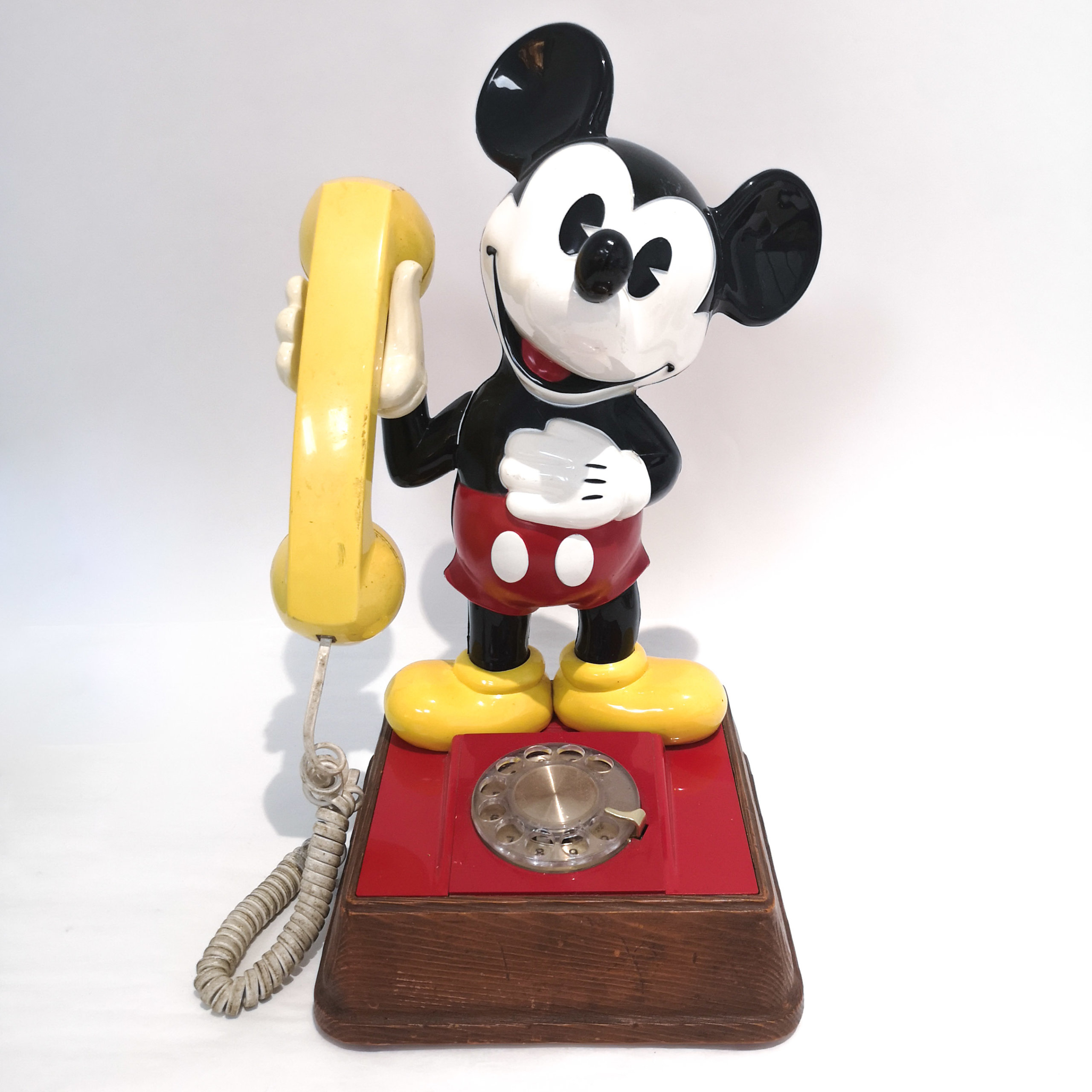 Mickey Mouse Telephone. Manufactured by the American Telecommunications Corp. Made in USA, 1976 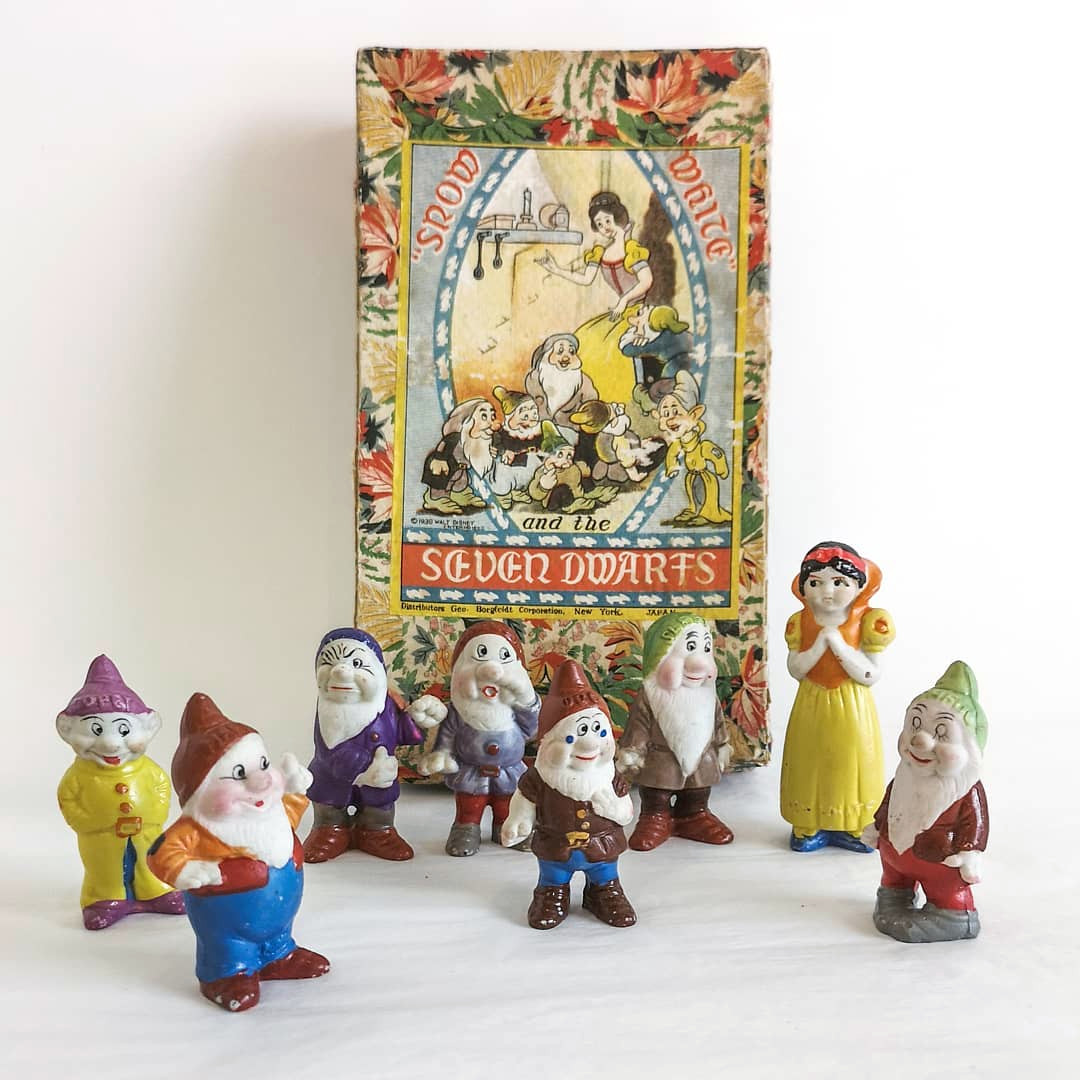 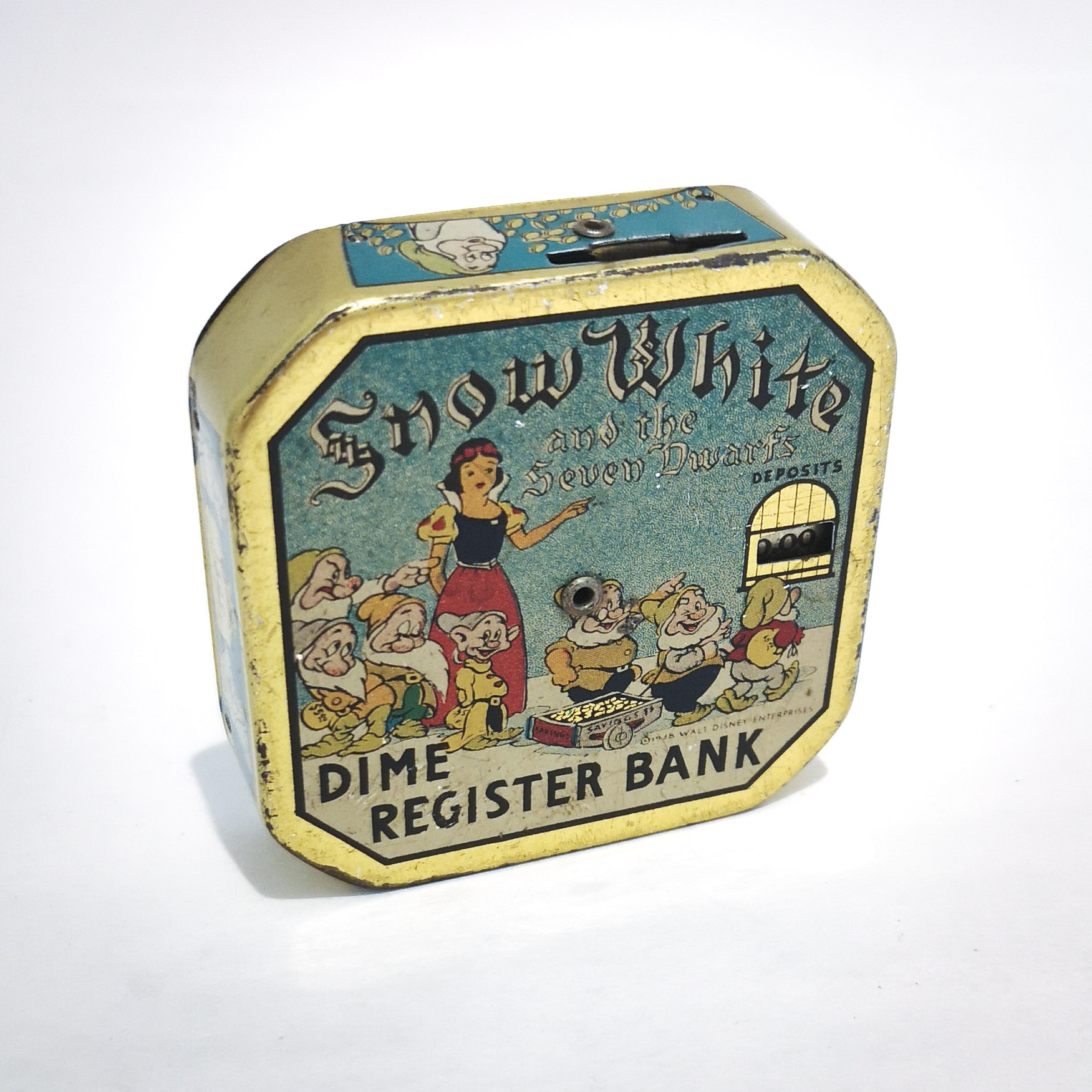 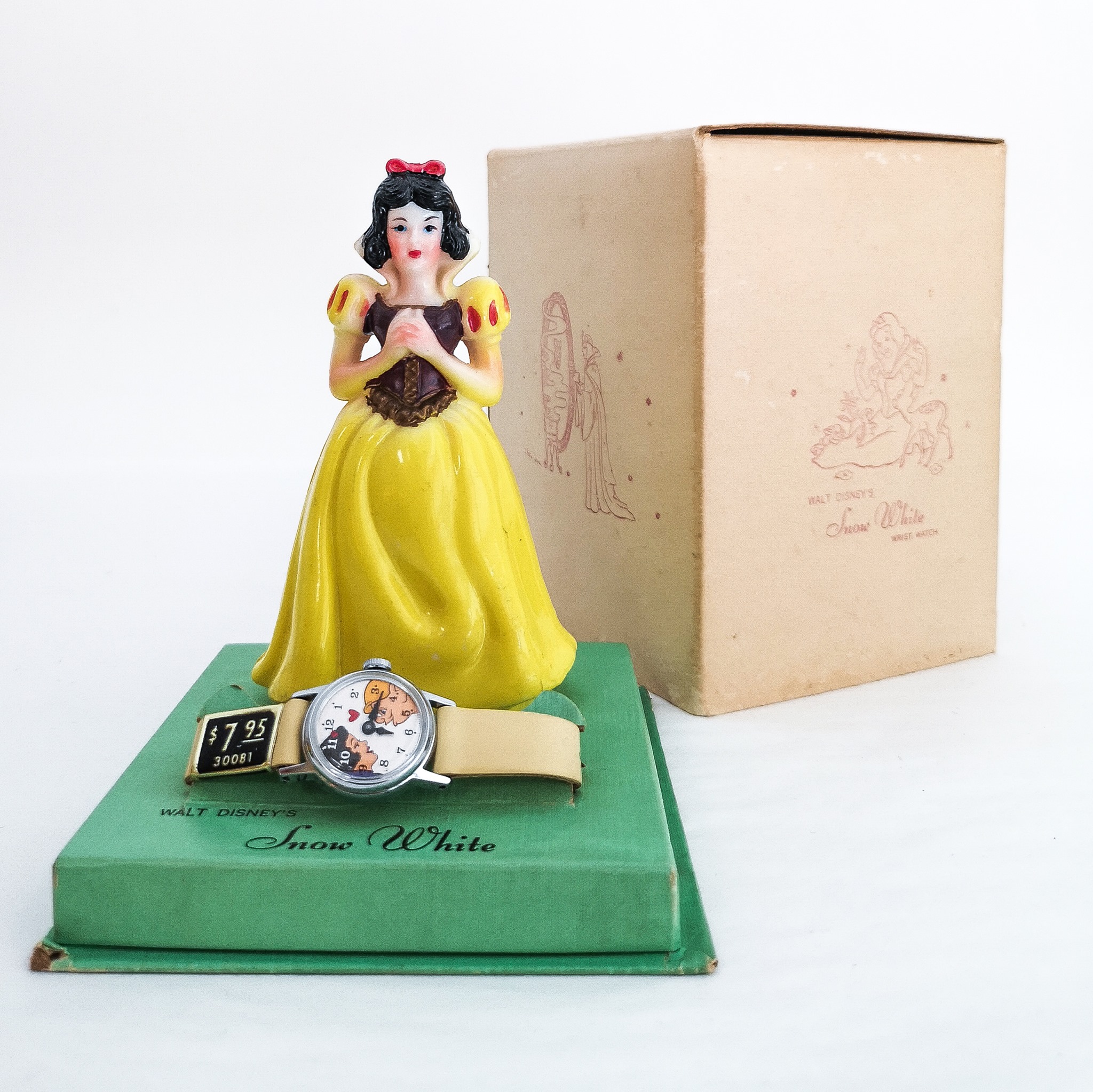 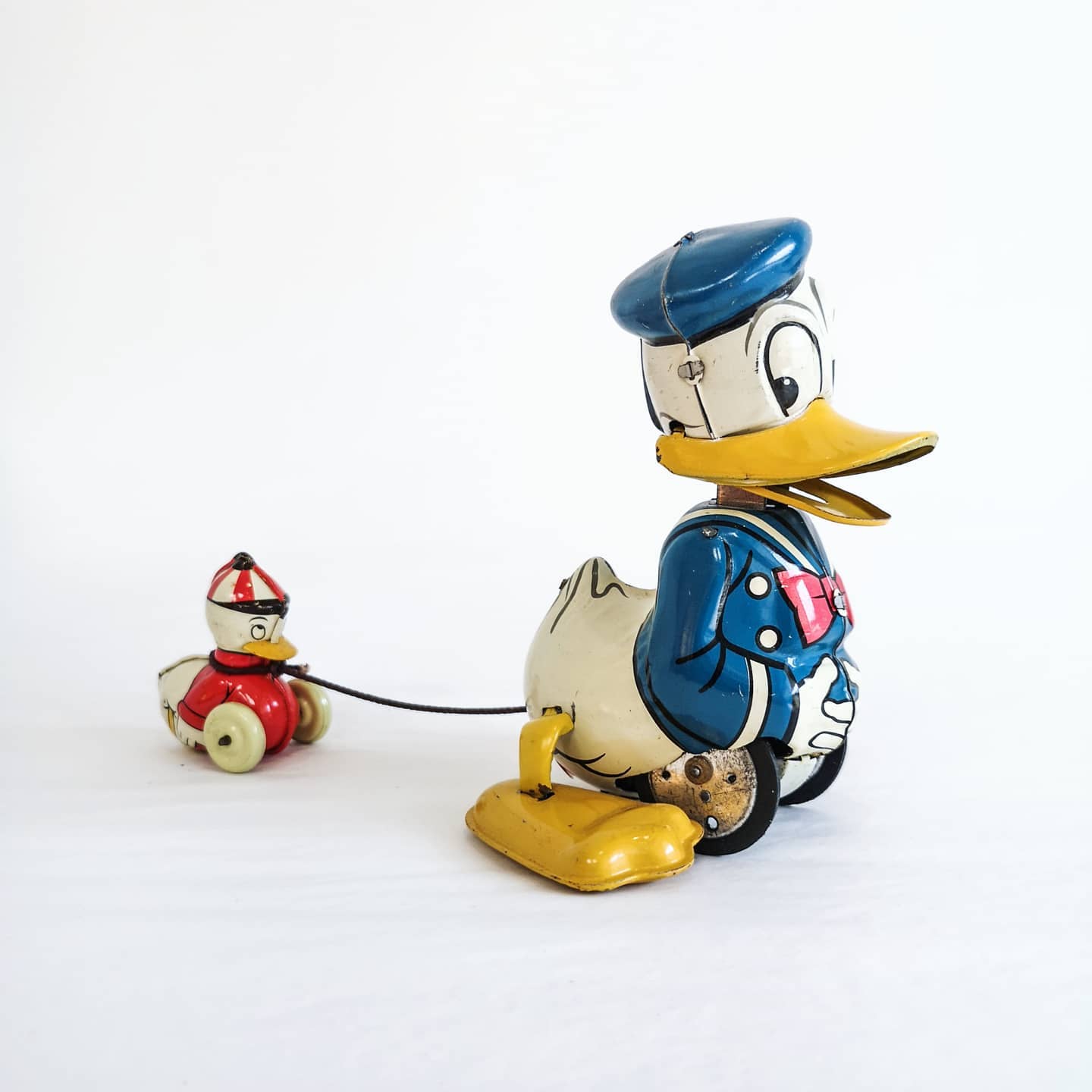 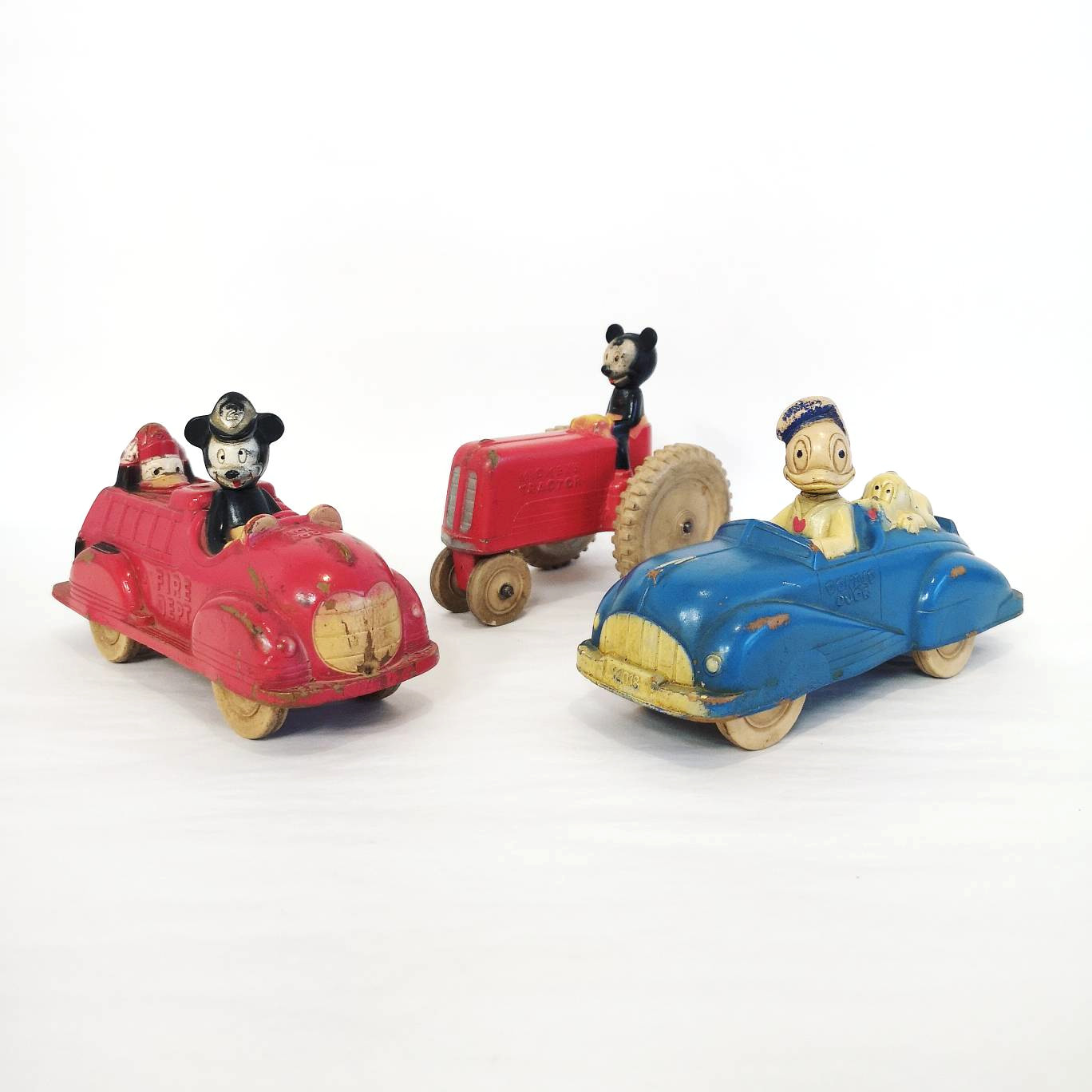 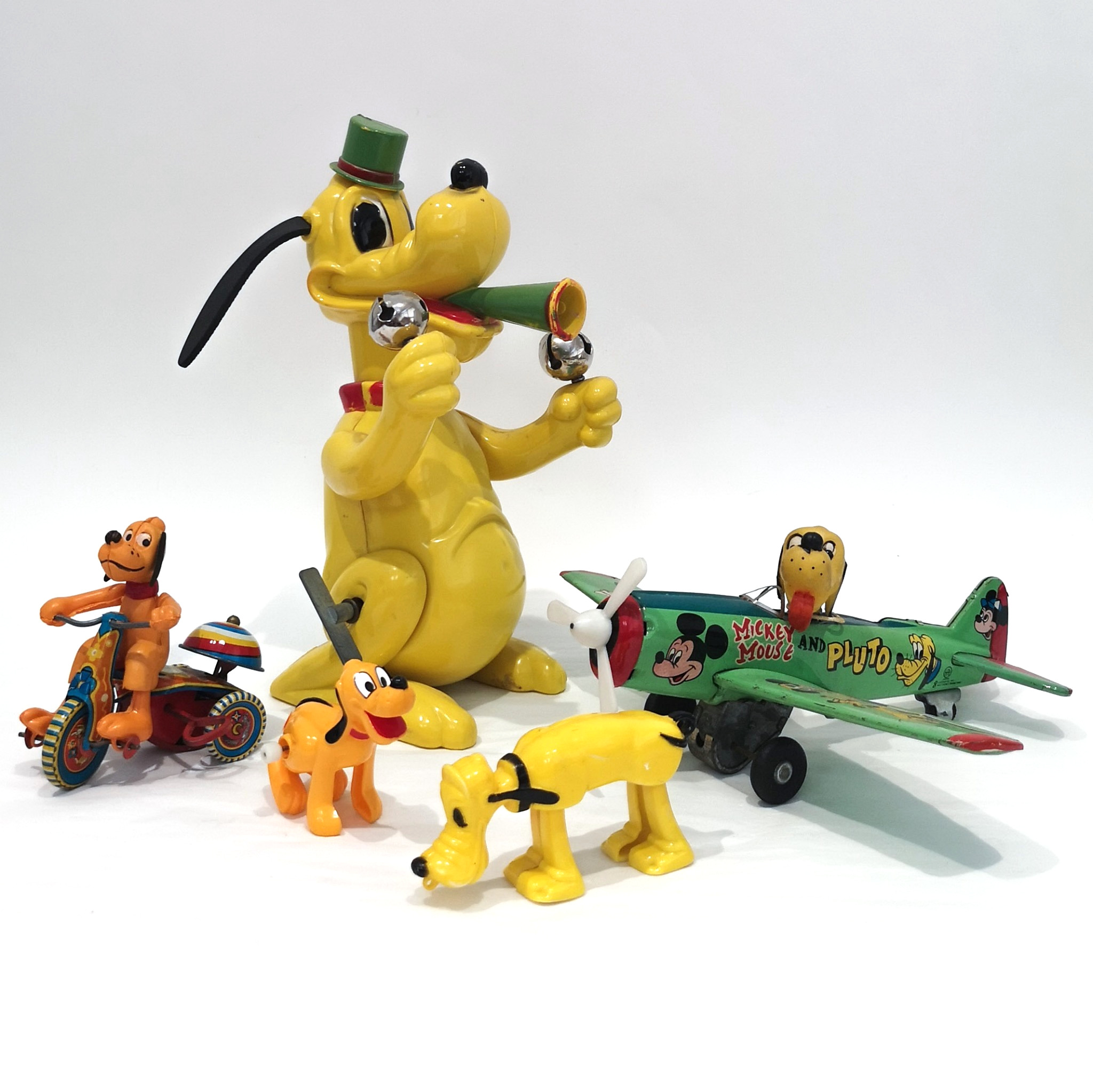 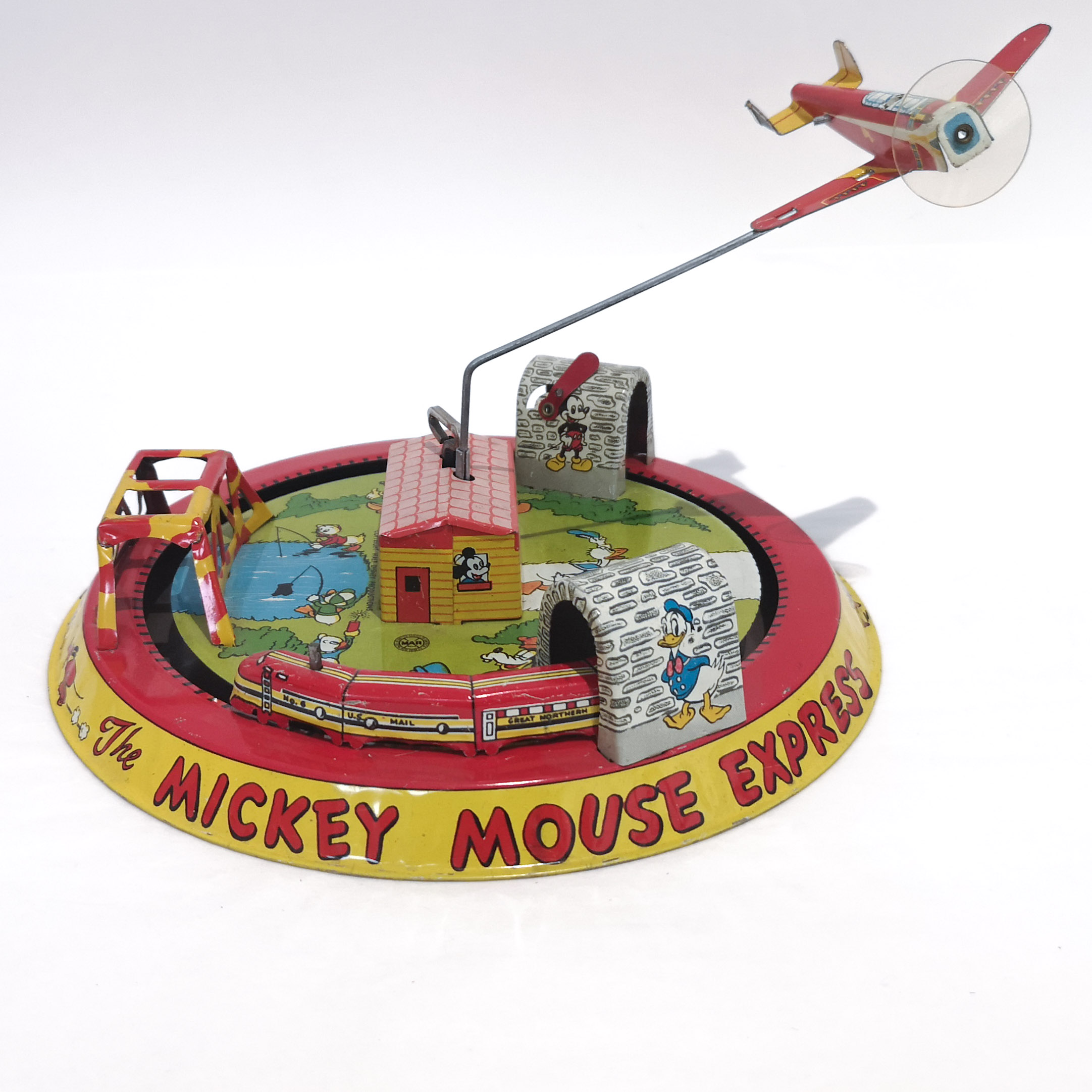 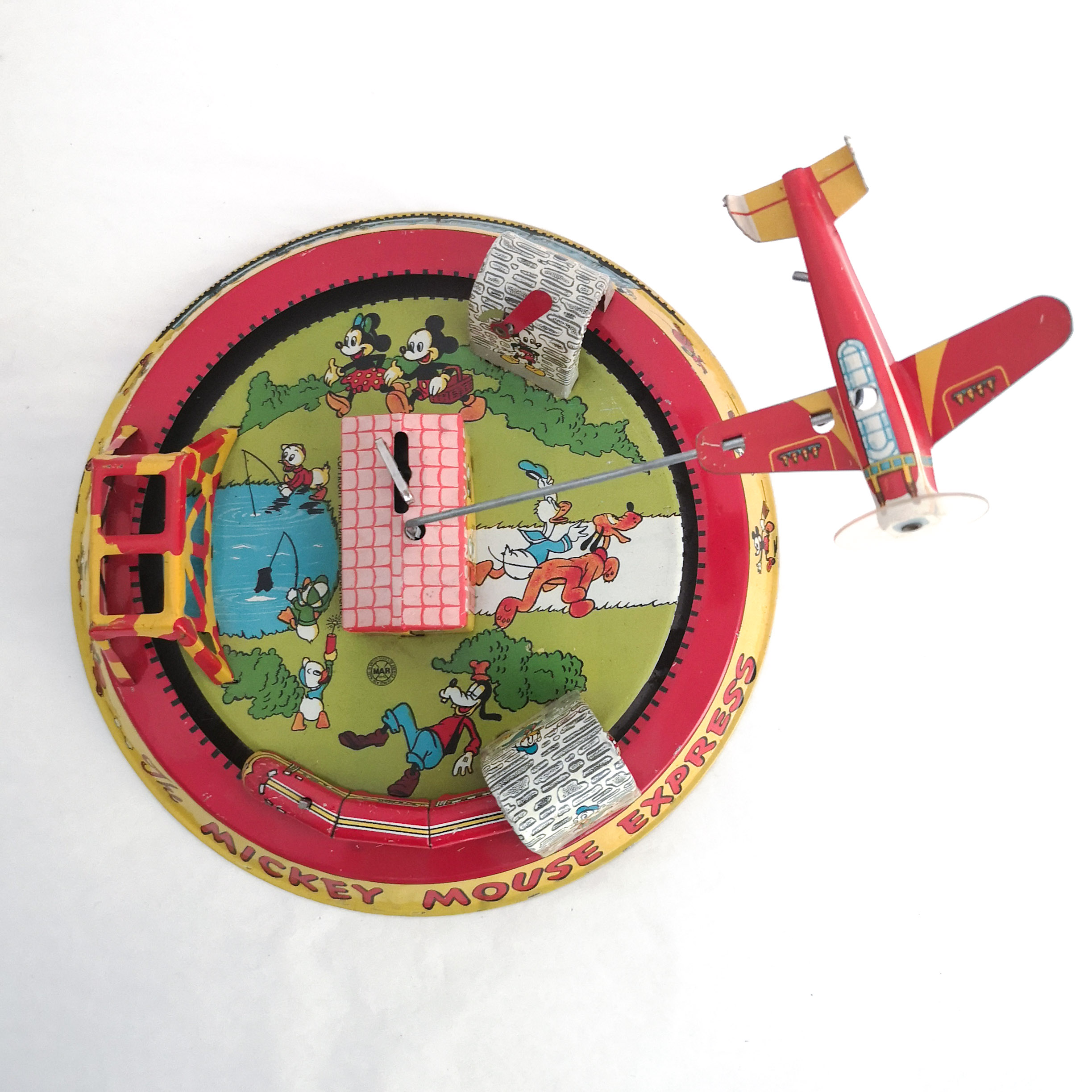 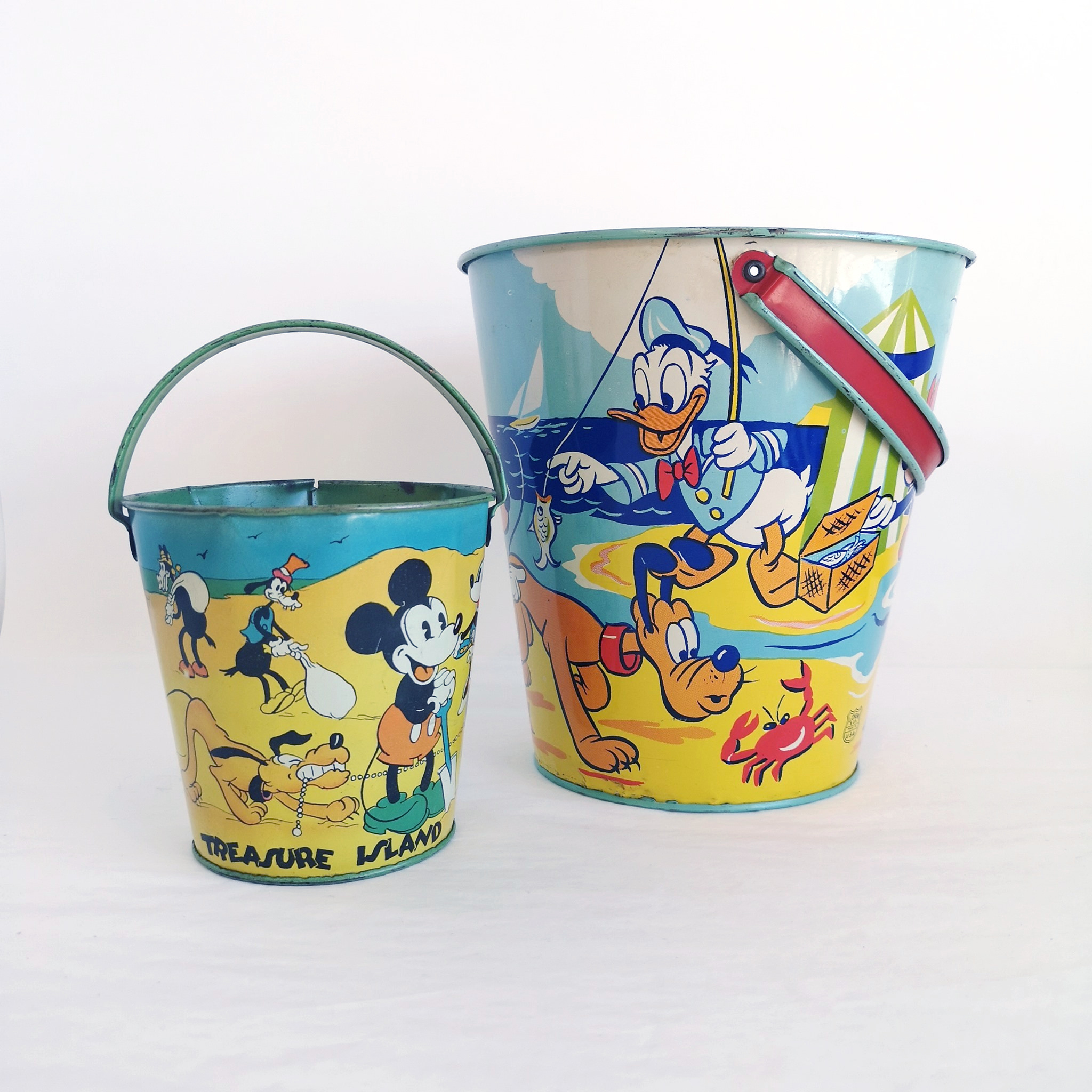 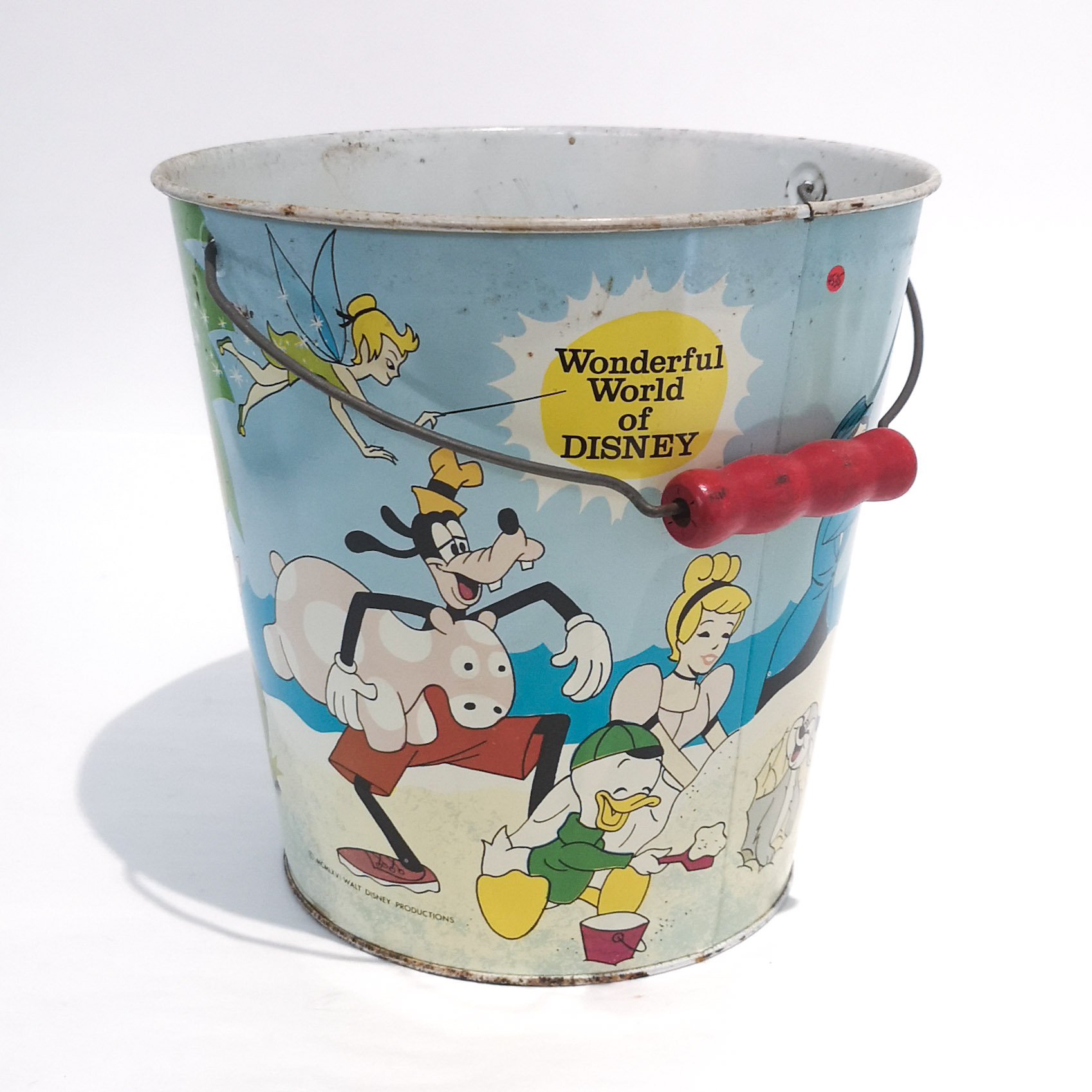