Hubley is probably best known for their cast iron toys of the early 20th century, but they also made a wide (and popular) range of plastic toys for decades, following post-WWII manufacturing changes.

John E. Hubley founded the Hubley Manufacturing Company in 1894, in Lancaster Pennsylvania.  For the first 15 years, the company manufactured model trains, but found that that they could not compete with the new advancements in electric model train tracks. So, in 1909, they sold off their stock and shifted focus to cast iron toys, mechanical banks, bookends and doorstops.

Early Hubley cast iron productions ranged in theme from dogs and cats to fire trucks and farm tractors. Eventually automobiles, airplanes, motorcycles and other vehicles became the pillars of the company’s toy production line.  To compete with Tootsietoy, Hubley started a line of diecast zinc alloy toys (which they later named Kiddie Toy) in the 1930s.

By 1942 the company had diverted all production towards the war effort. Even after the war was over, however, Hubley did not return to cast iron toys in same capacity it had before.  Instead, they focused on their diecast production and experimented with a composite material they called “Huboid”.

In 1949, they started adding plastic toys to their Kiddie Toy line.  Often, nearly identical toys from this line can be found in both metal and plastic versions. In the 1960s Hubley expanded their product line to include plastic and metal scale model car kits, pre-assembled scale model cars, and plastic promotional models for domestic automakers like Ford.

After experiencing financial troubles, Hubley was purchased by Gabriel Industries in the late 1960s (sources vary between 1965-1969). From the 1920s up until this point, most Hubley toy vehicles resembled real-life counterparts, sometimes with actual company names (like the Bell telephone truck).  The vehicles produced after this acquisition were more generic in their styling, and mark a turning point for many Hubley collectors. 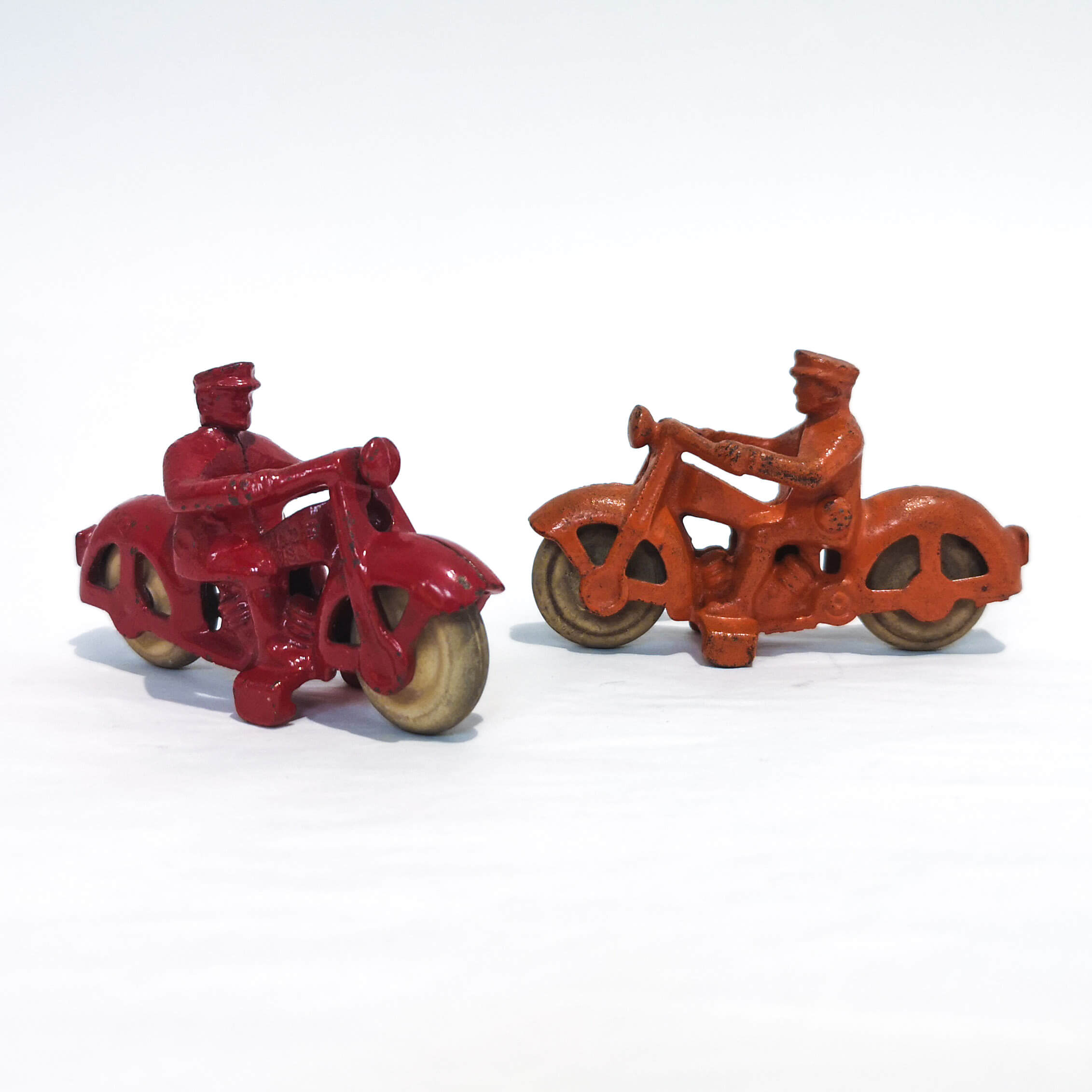 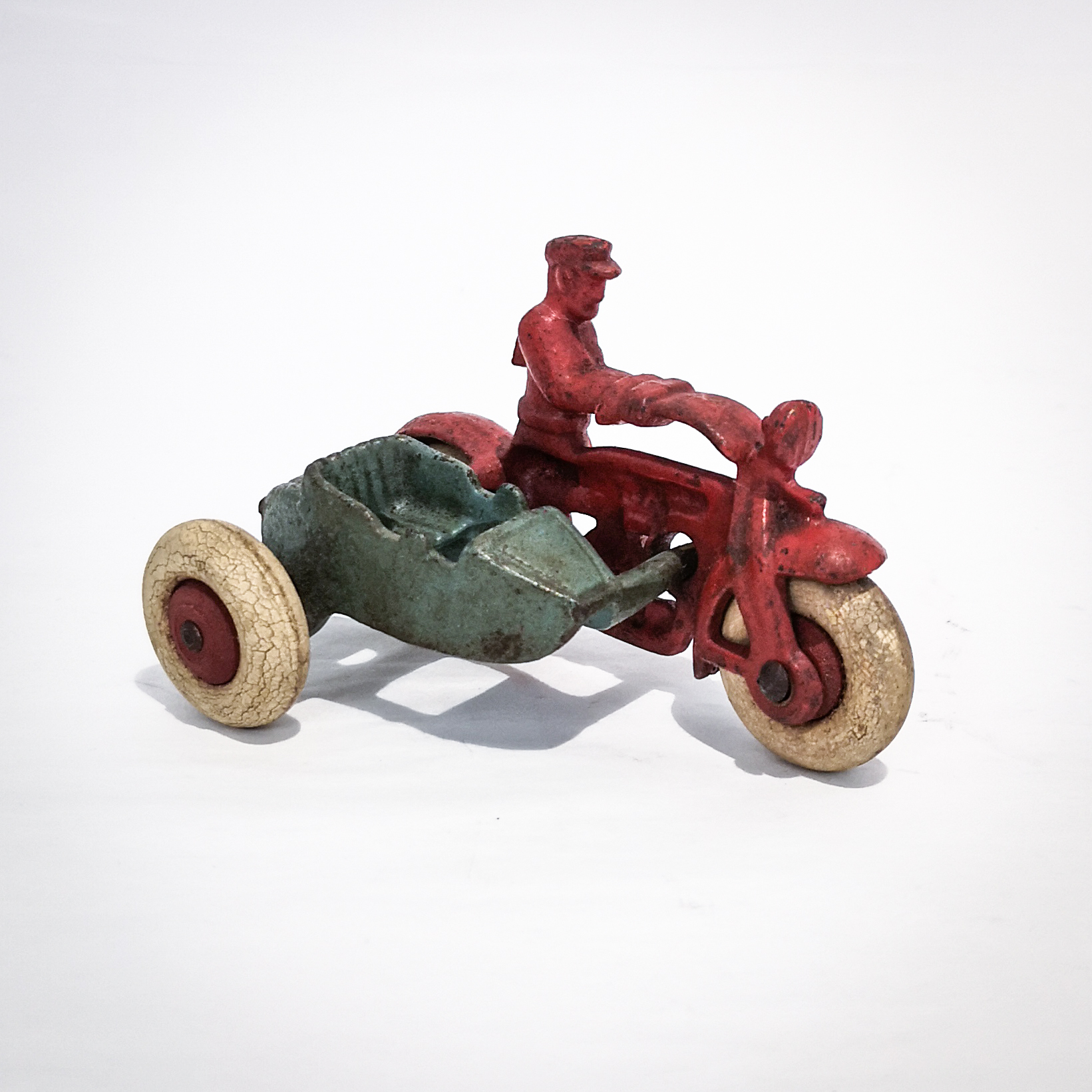 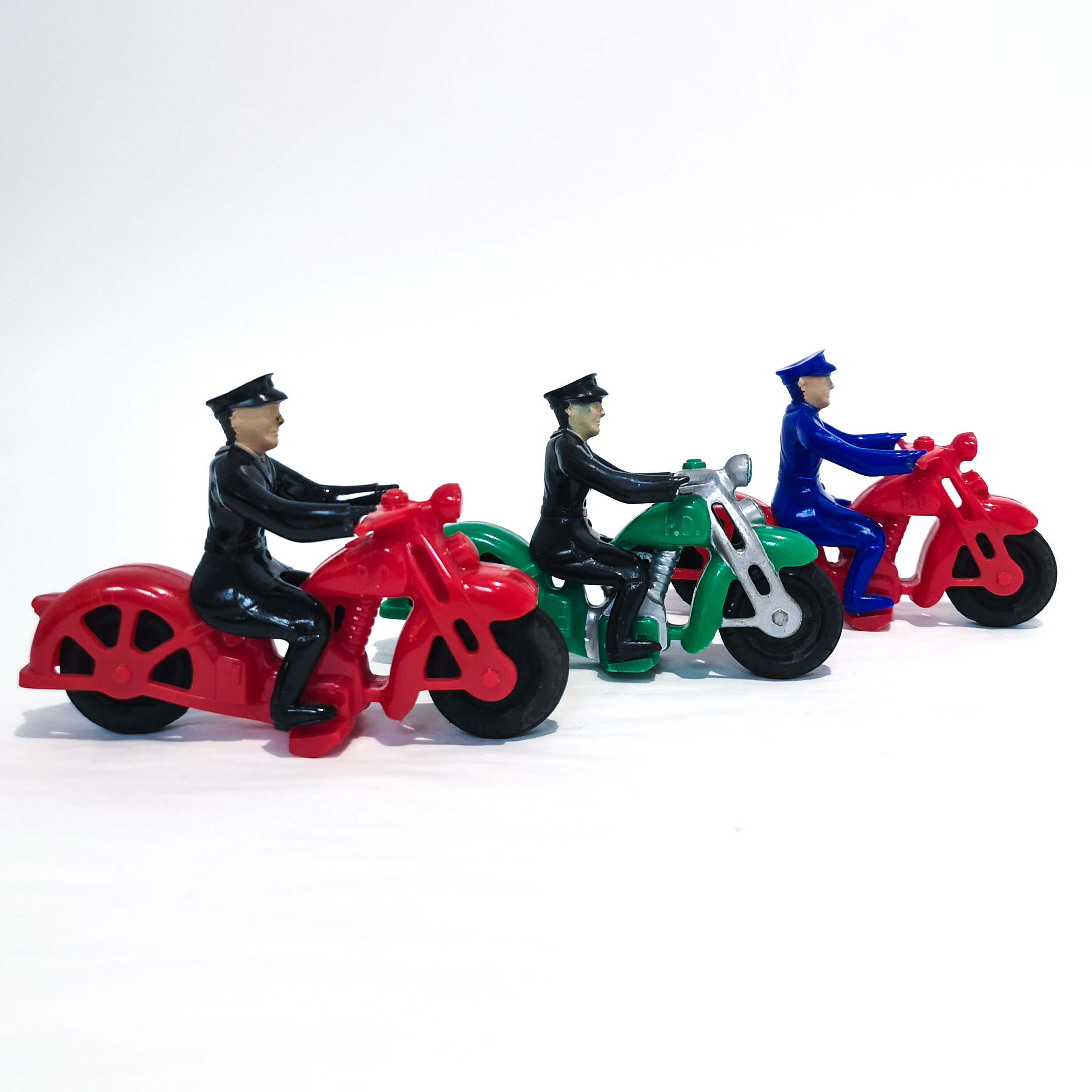 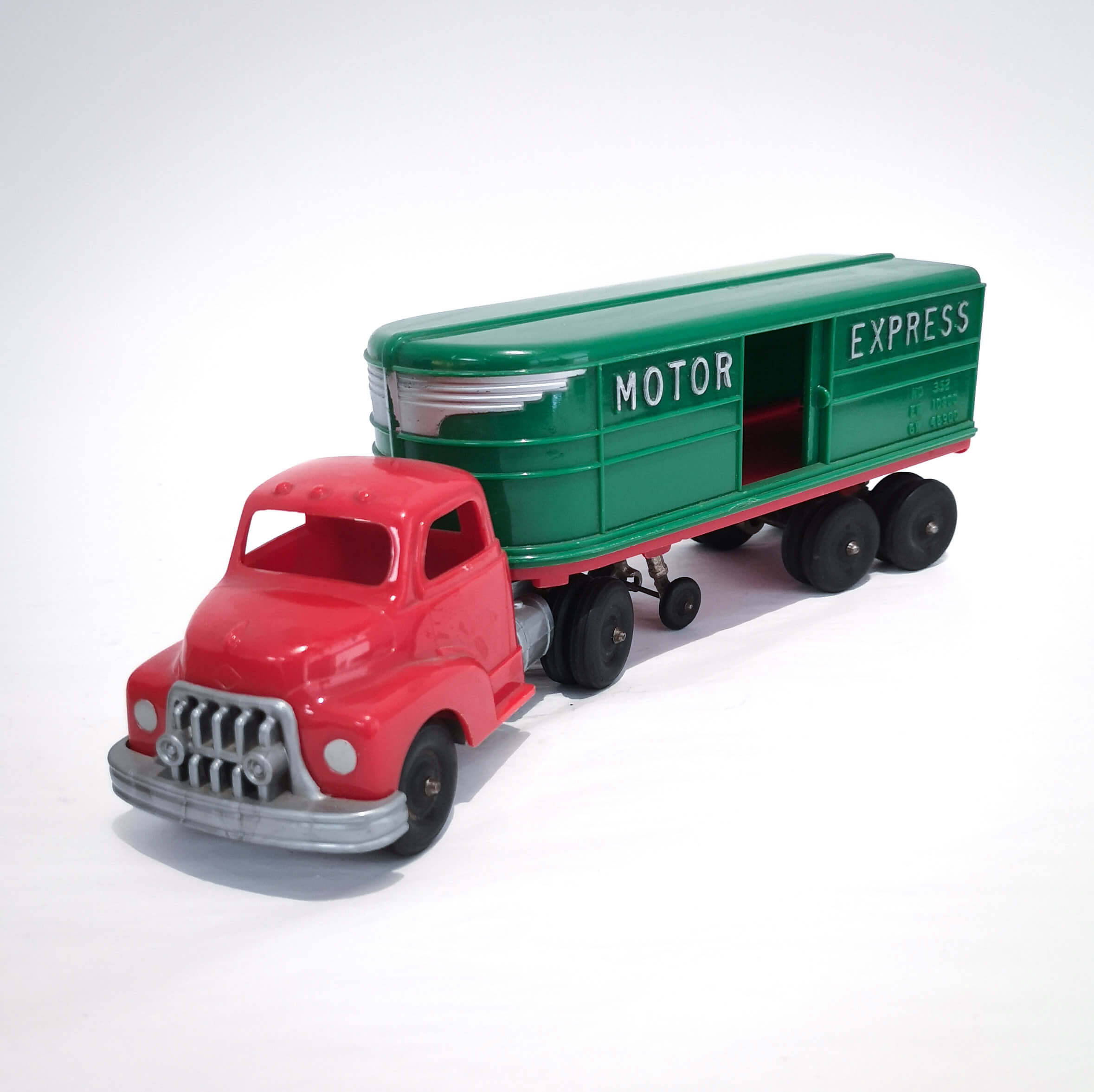 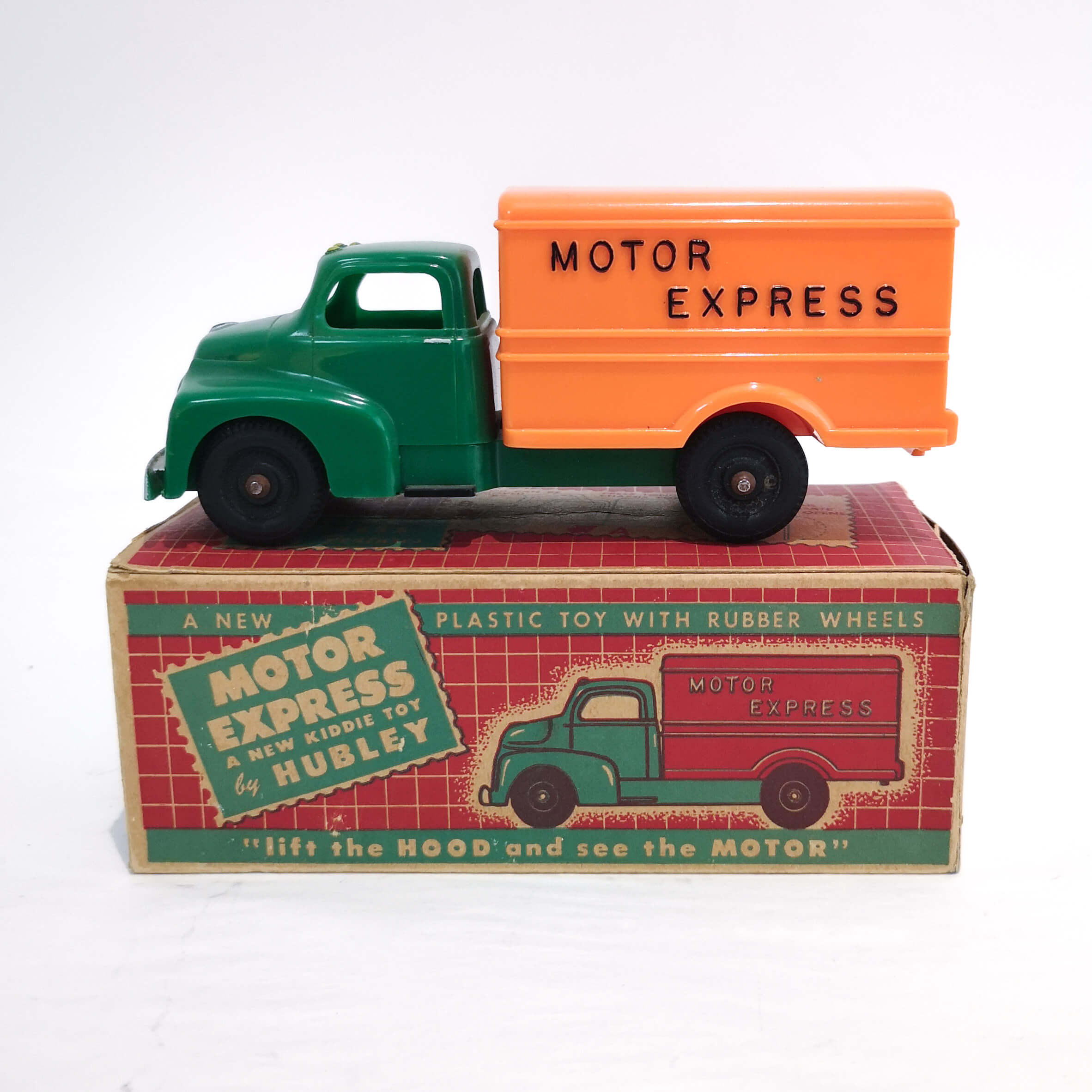 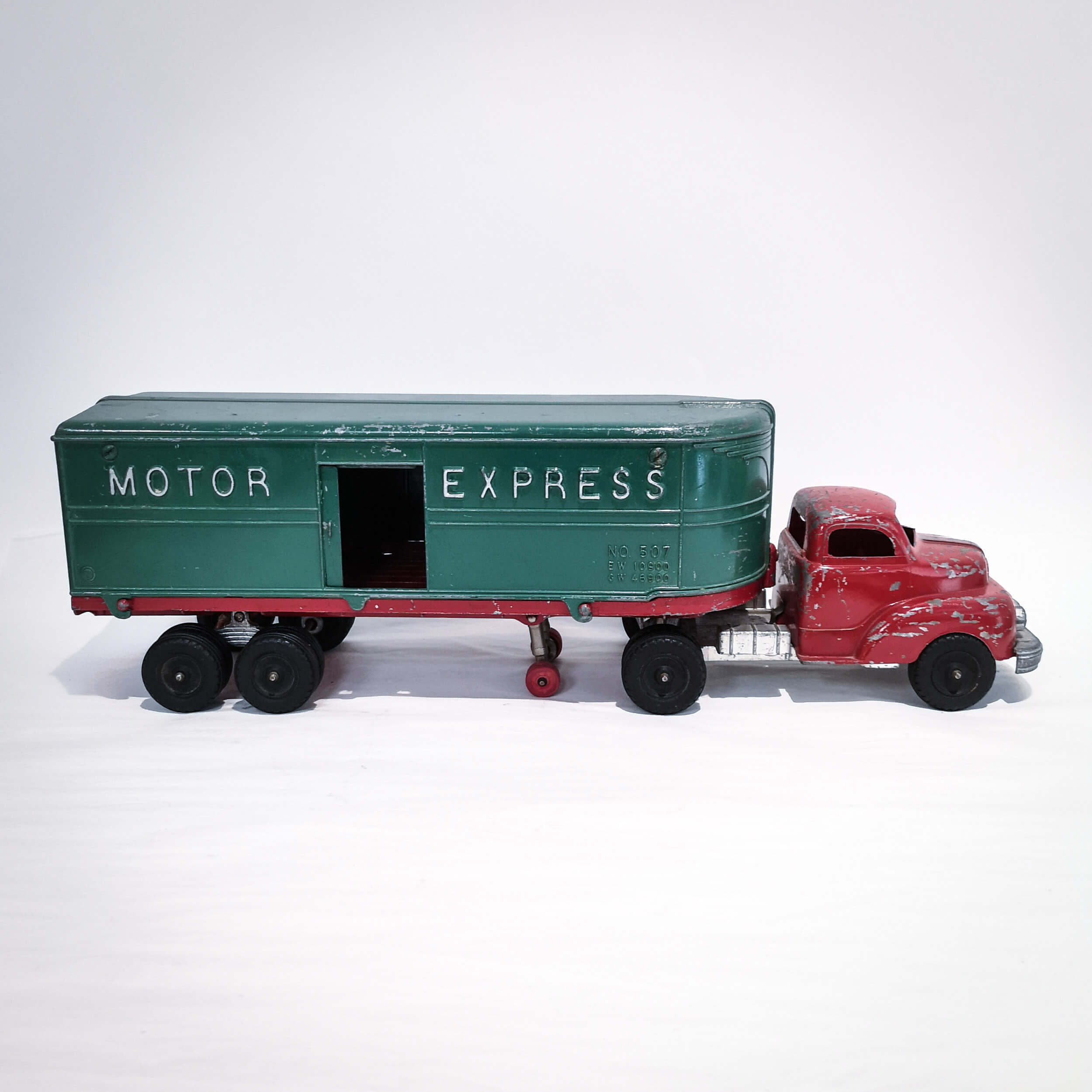 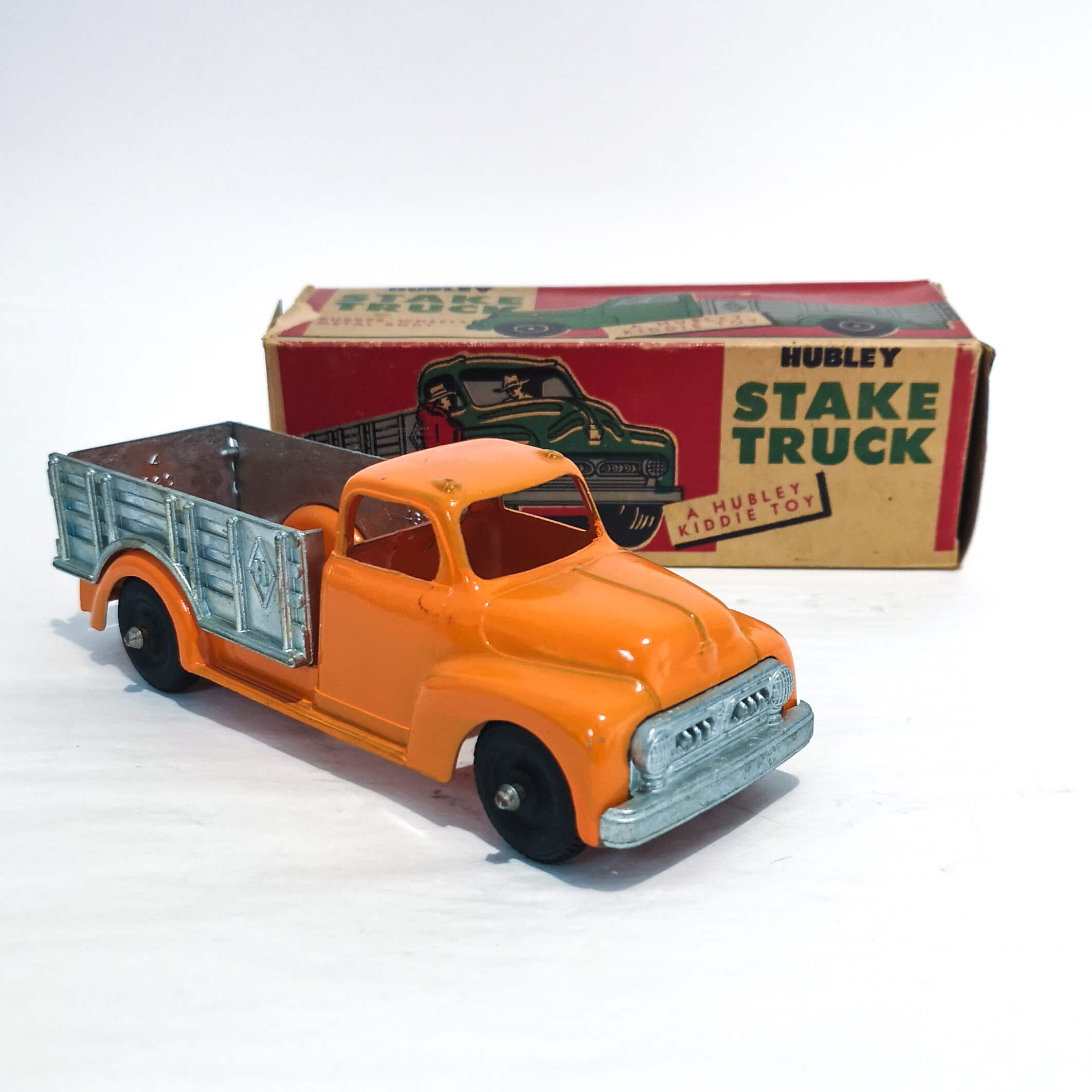 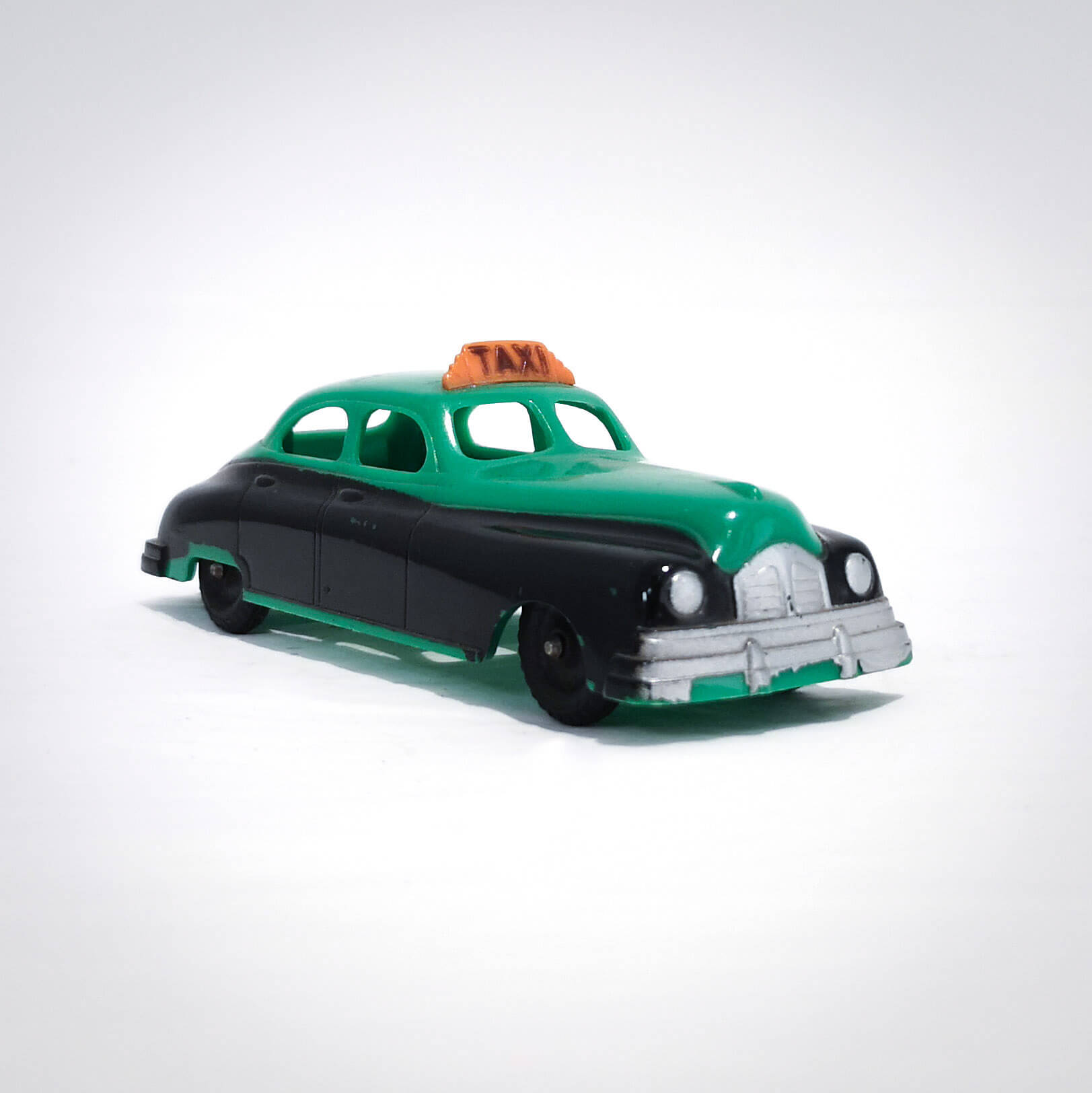 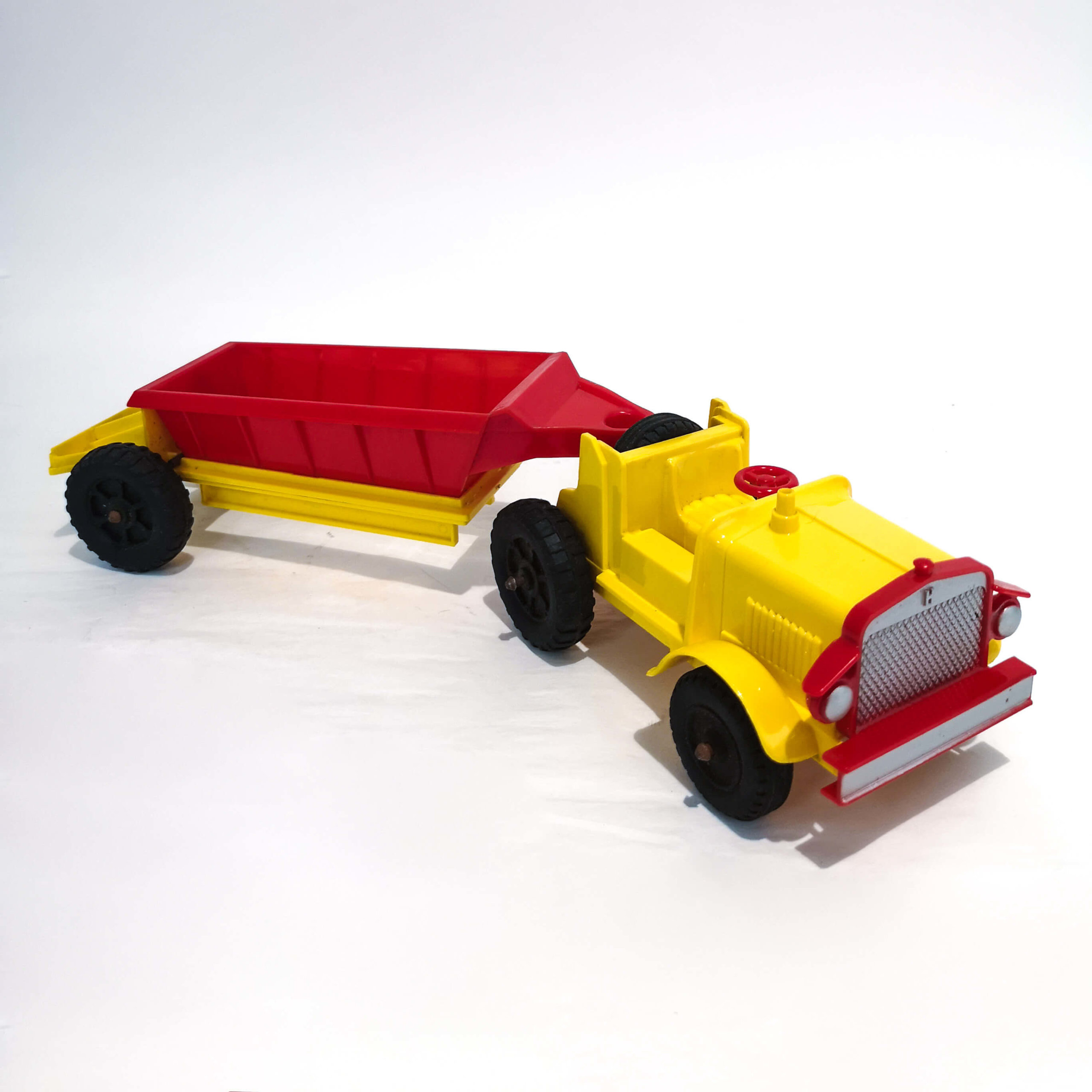 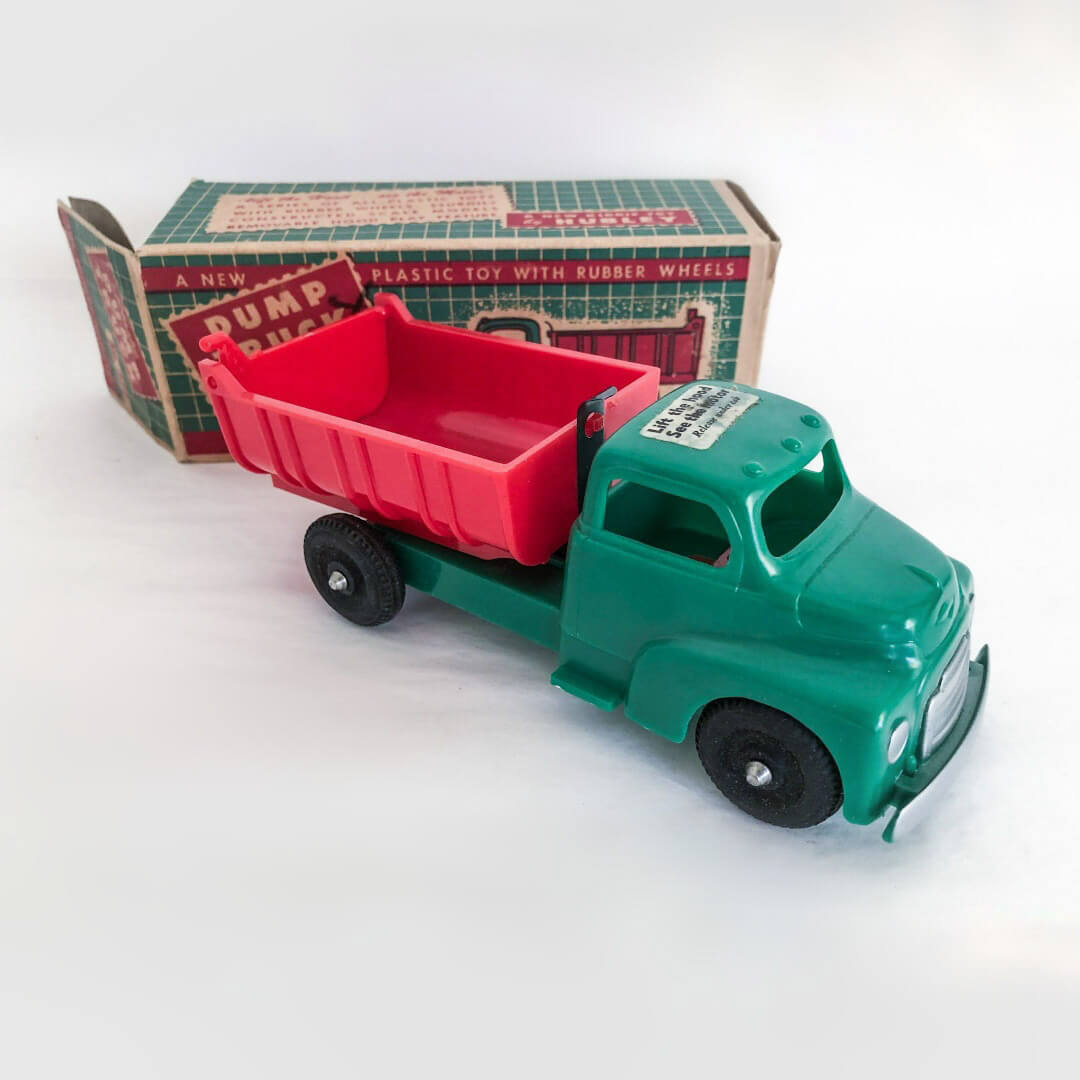 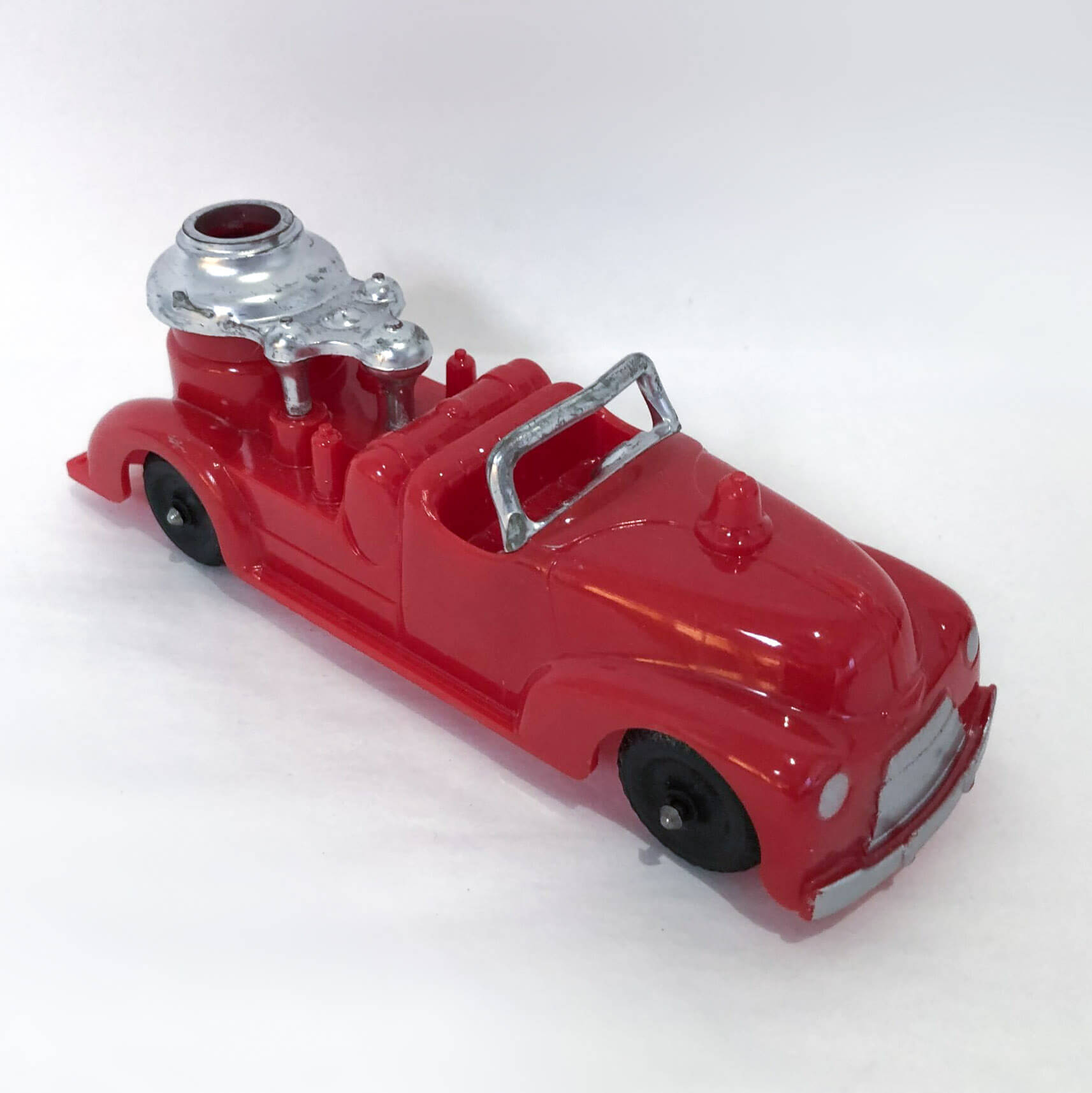 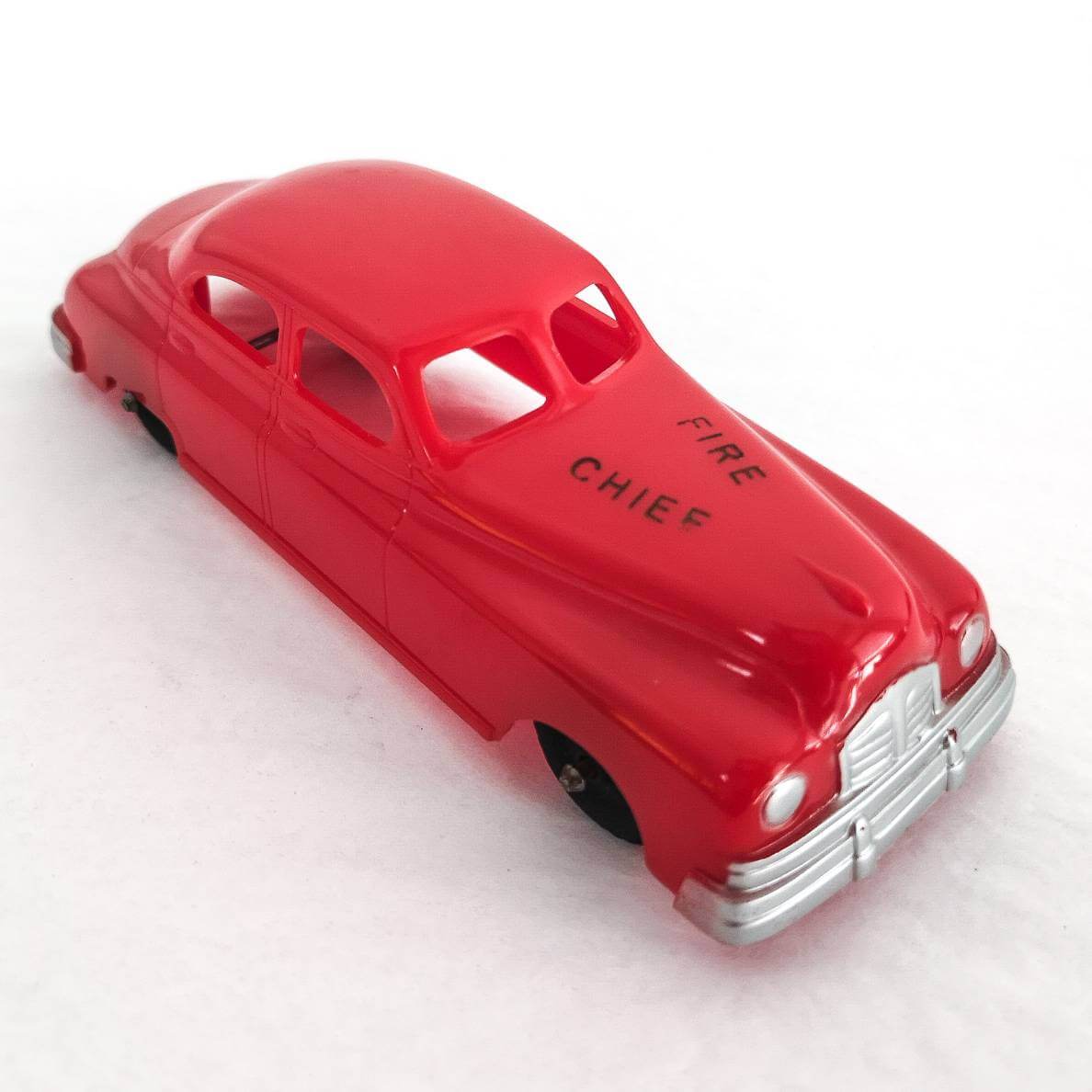