Collectible Candy Containers: The story of the E. Rosen Company

The E. Rosen Company (a.k.a. “Schoolhouse Candy Company”, as it came to be called) was founded in 1912 by seventeen-year-old Rhode Islander Samuel Rosen, with the $1600 his parents had painstakingly saved to send him to university.

Samuel registered the company under his father’s name, Ephraim Rosen, to circumvent state laws, as he was under the legal age of majority. The young entrepreneur started out by “jobbing”, supplying wholesale candy from big name producers, such as Hershey and Wrigley, to local area stores. Samuel’s father, brother, and brother-in-law soon joined him and the business then expanded to selling soda machines, and eventually to the production of candy. Rosen began to experiment with creative candy packaging, wrapping chocolate bars in shiny cellophane and creating a lollipop holder out of wire that looked like a christmas tree. What put them on the map though was a candy-filled cardboard book printed with nursery rhymes. After this, the company started to specialize in candy packaged in fun novelty containers, which were hugely successful as holiday gifts.

Byt the 1950s, as their success grew, the company needed more space than the two factory buildings built in 1933, and the old school house (formerly Charles Street Primary School, where Rosen attended) which was purchased in 1943 for extra storage. So, in 1956, Rosen acquired Hope Webbing Mill in Pawtucket. The Hope Webbing Company initially refused to sell the building to the Rosens because they were Jewish. Undeterred, they called in George A. Hovarth (New York textile operator) to act as an intermediary, who bought the building from Hope Webbing and immediately turned around and sold it to the Rosen family’s company, RW Reality of Providence. Ironically, the Rosens then became the landlords of Hope Webbing, leasing some of the space back to the original occupants. Operating out of the same building, the Rosens also owned Rosbro Plastics packaging manufacturing, which produced the charming candy containers collected today.

Many a Pawtucket teenager got their first job working the production line at Schoolhouse Candy during the 1950s and 1960s, as there were many opportunities for unskilled labour at the factory. The factory whirred to life at 6 am every day, stopping production only at 2am for a few hours to clean and maintain the machinery. By the 1990s, the Rosen Company had several manufacturing plants in Rhode Island and Massachusetts, though they began to fall on hard times financially towards the end of the decade. After nearly 90 years in business and 4 generations of Rosen family leadership, the company went into receivership in 1998. Over a dozen companies competed to buy the E. Rosen Company, with Sherwood Brands scoring the winning bid at $4 million.

In the gallery below, we showcase some of the Rosbro Halloween candy containers from the Collectors Quests collection, and if you peruse our vintage toy store you’ll see the ones we have for sale! Check back near Christmas and Easter for more holiday themed candy container collectibles! 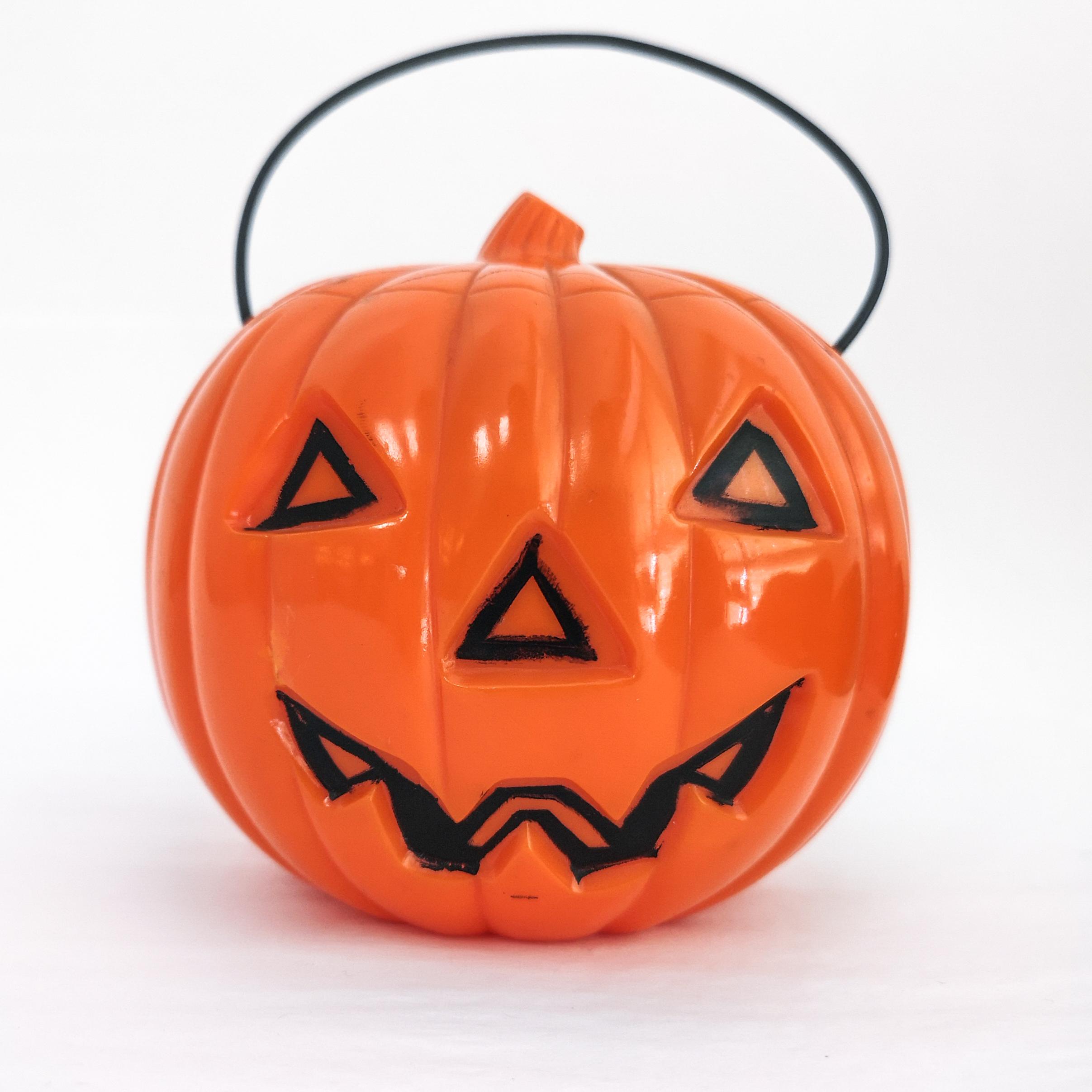 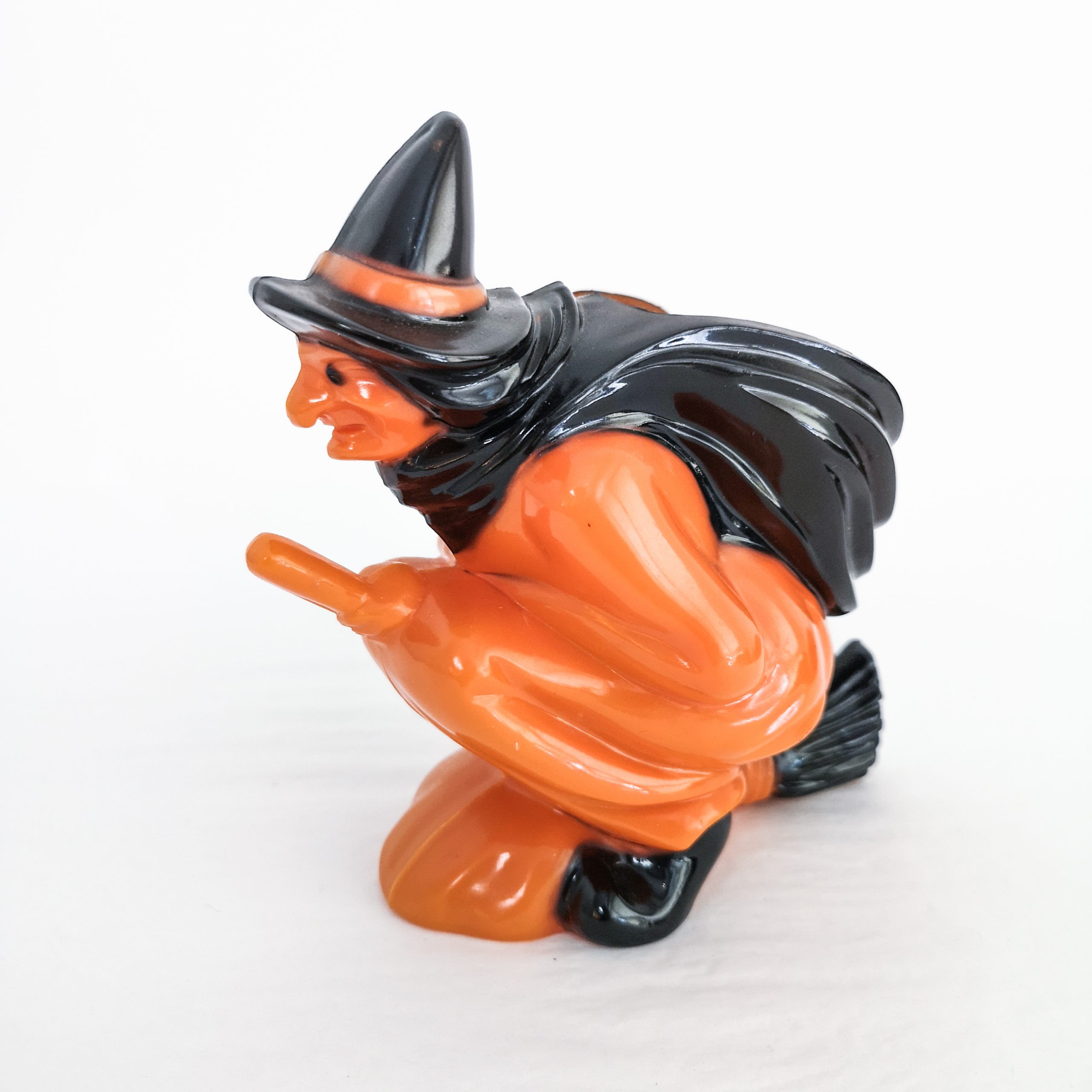 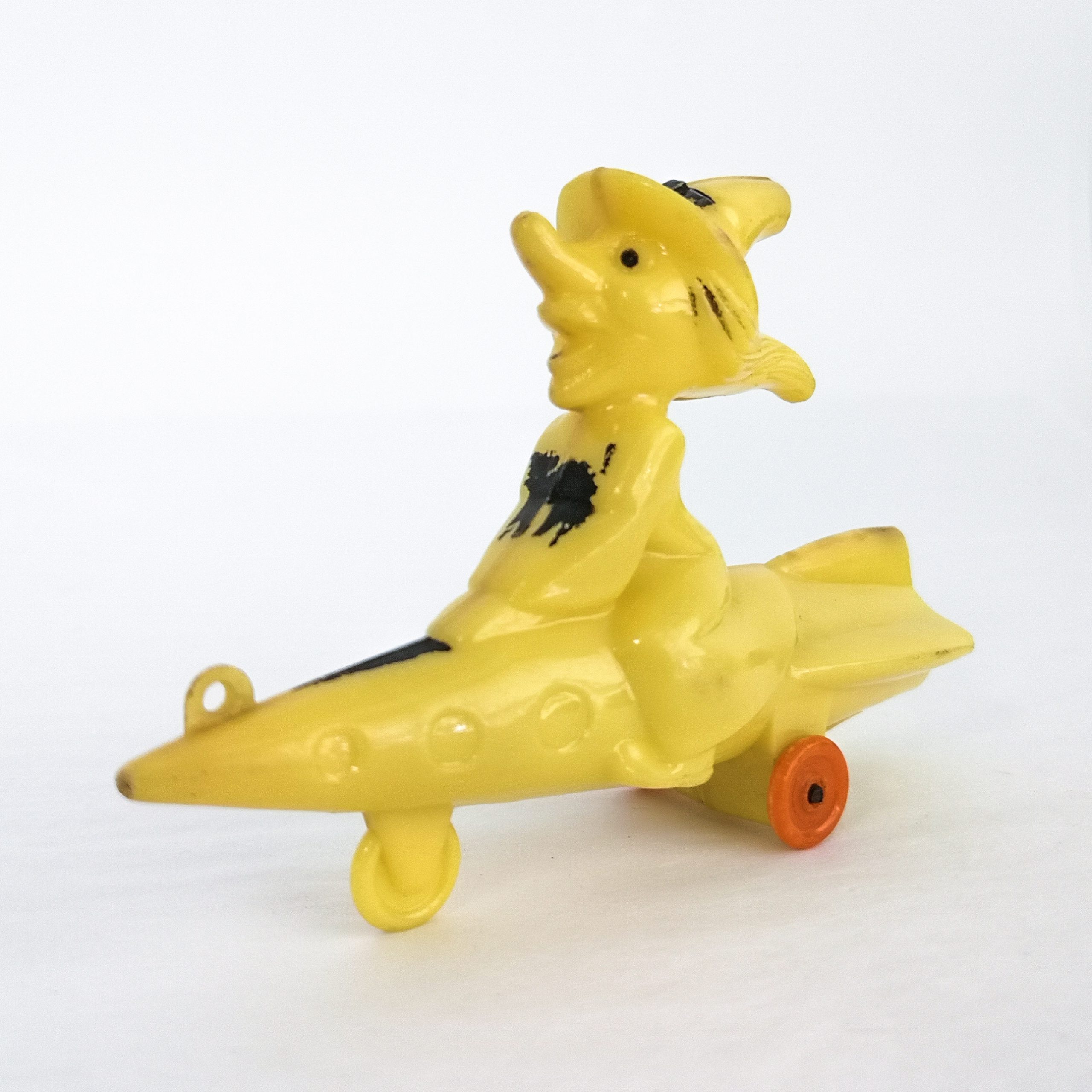 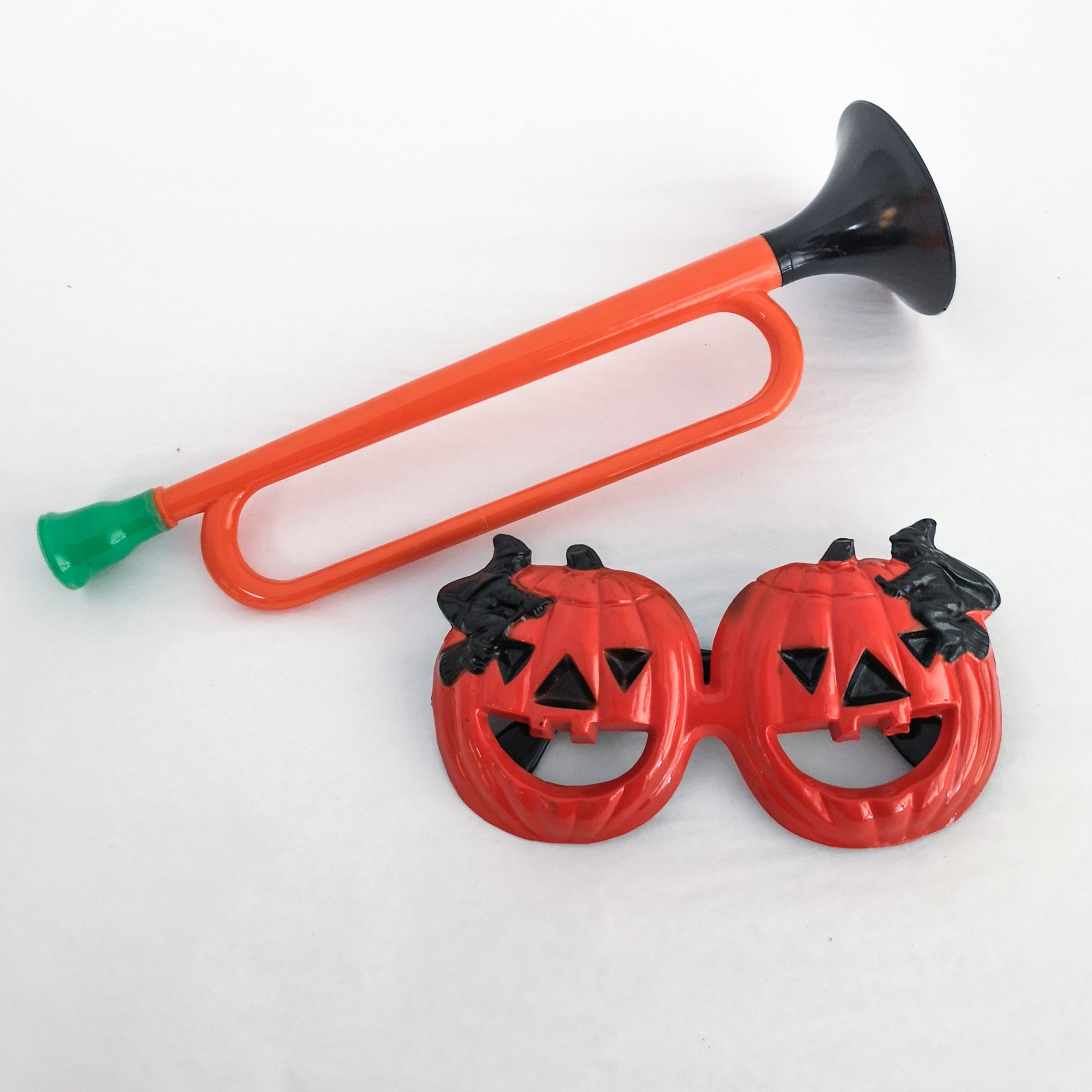 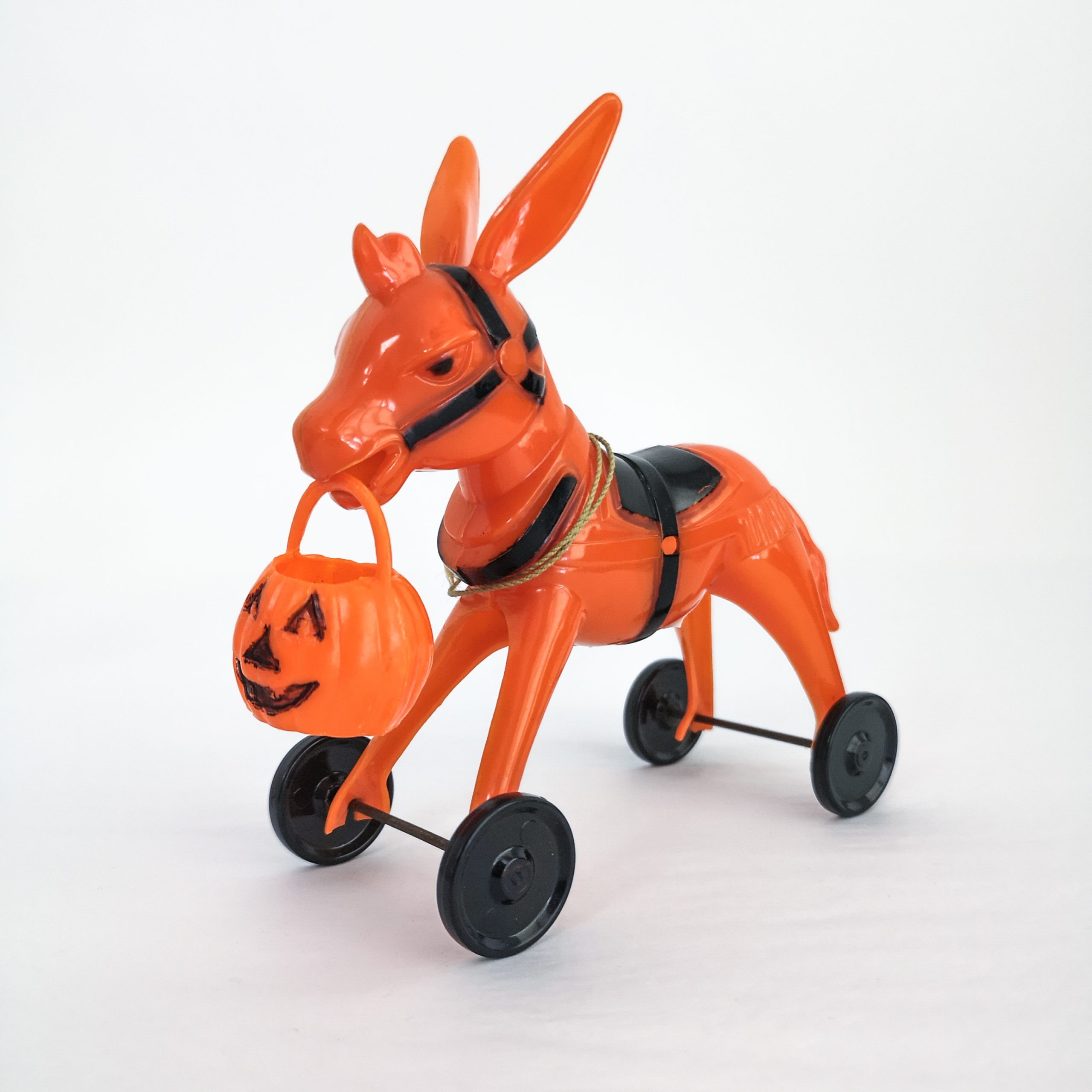 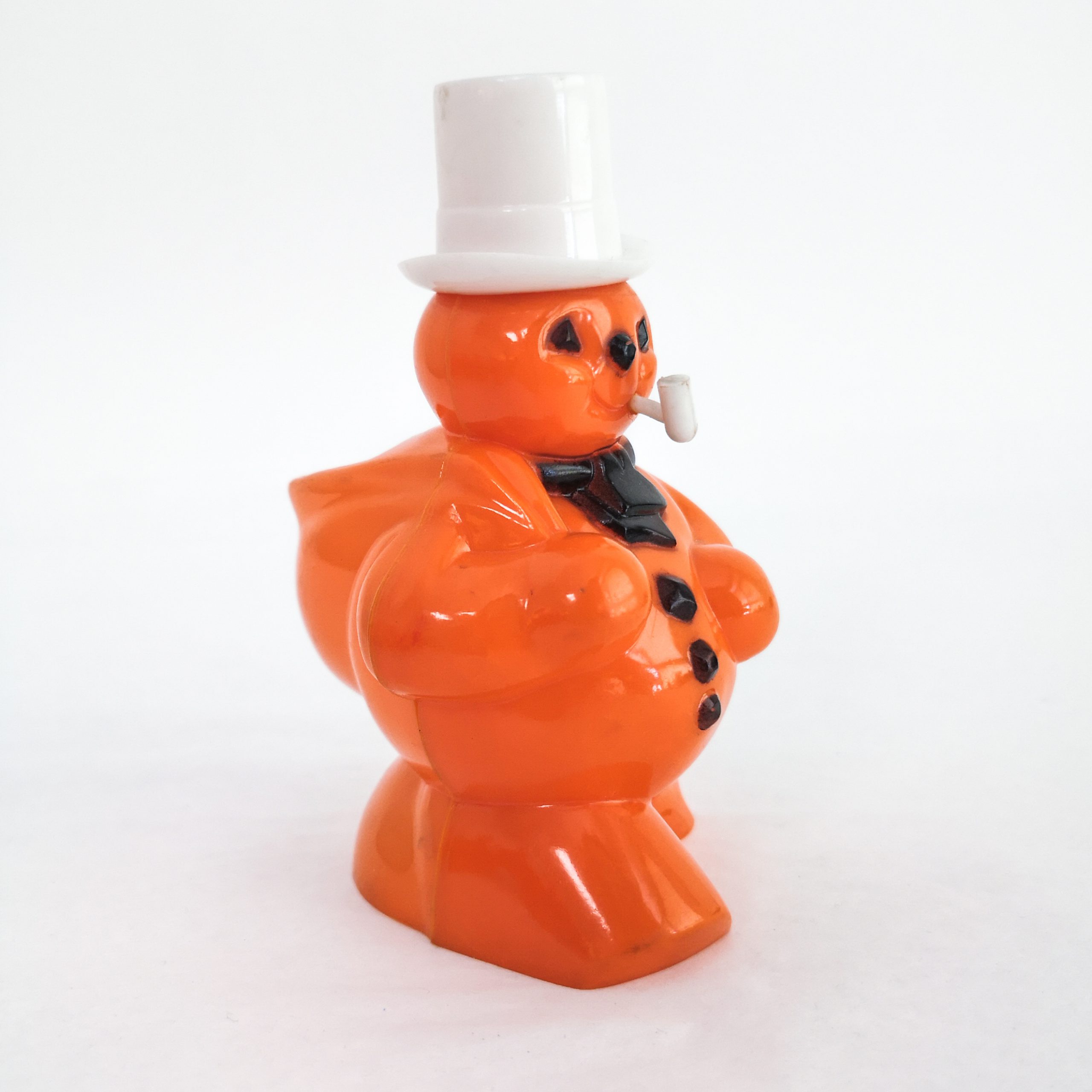 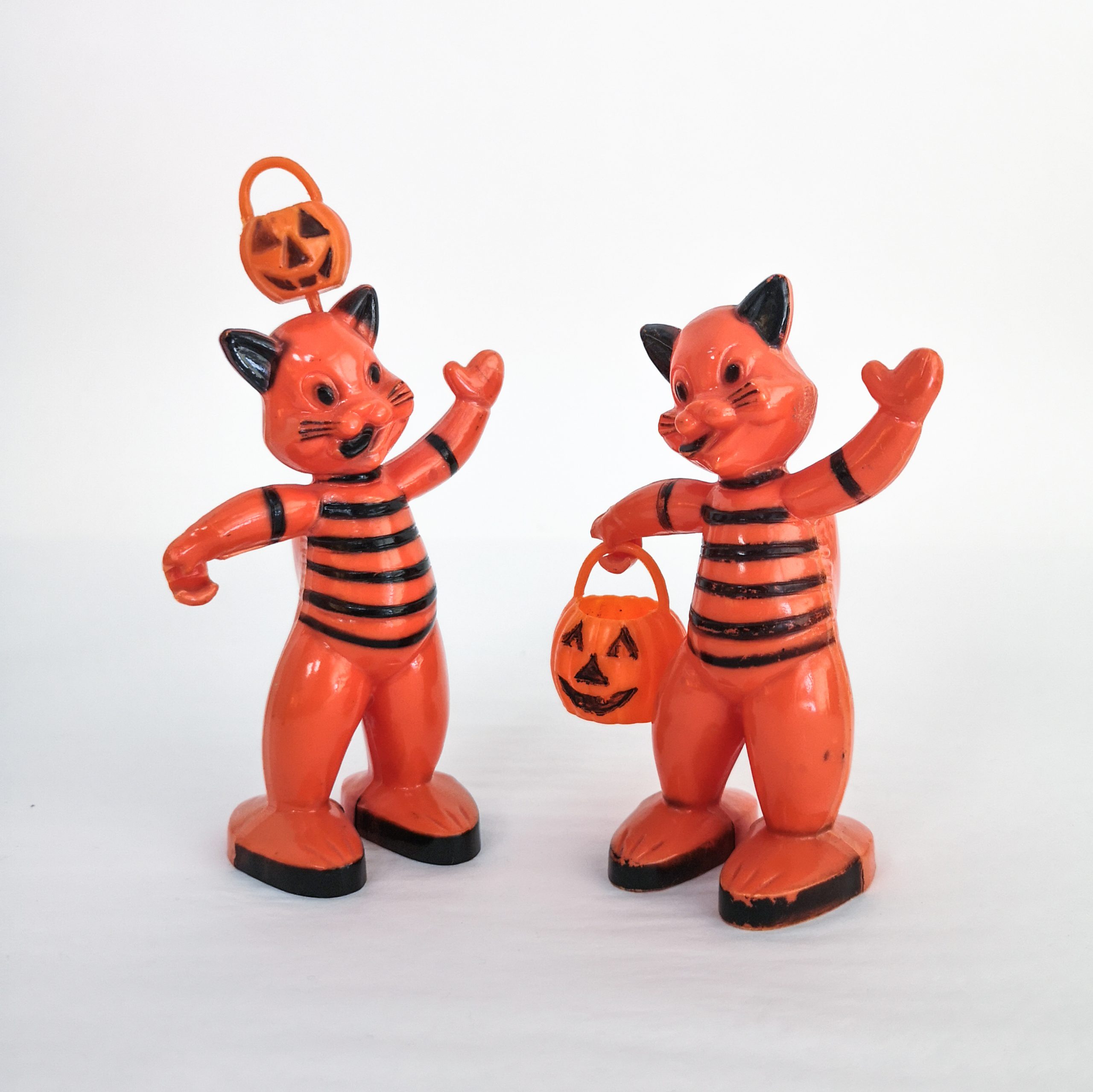