From Cavalry to Carnival: The History of Carousels

The colourful, whimsical carnival rides we call carousels today actually emerged out of a middle-eastern combat training exercise dating to the 12th century!

In the 1100s, European crusaders witnessed Arabic and Turkish soldiers performing a cavalry training exercise in which they rode their horses around in a circle while tossing a perfume filled clay ball back and forth. The game helped strengthen horsemanship and agility, and was incentivized by the perfume inside the ball – the trainee who failed to catch it and had it break on him would reek of perfume.  The crusaders nicknamed this spectacle “little war” – garosella in Italian, and carosella in Spanish.

The crusaders brought the exercise back to Europe, where it was adopted into the roster of martial games (like jousting) which were popular during the Middle Ages and Renaissance period. The French later developed a practice device consisting of wooden horses which were suspended on arms radiating out from central rotating pole. Eventually the perfume ball fell out of favor, and instead, the riders would use their lances to spear rings hanging overhead from poles.

Of course, this contraption looked like lots of fun to civilians, and by the 18th century, carousels were being built as amusement rides at fairs across Europe.  There was no base and horses were still suspended overhead by chains, which caused them to swing outwards when the ride was in motion (due to centrifugal forces).  By the mid 19th century, carousels were being built with floors, onto which the horsed would be affixed with poles, and the whole platform would spin.

All these early rides were animal or human powered, by either a crank or pull-rope. Throughout the mid to late 19th century, a number of engineers experimented with different ways to power the carousels, including velocipedes (an early type of bicycle), steam engines, and eventually, electricity. Carousel rides became a multisensorial experience, with electric lights and even music produced by a built-in organs. Some carousels also branched out and replaced the conventional horse with other animals, or vehicles like cars or airplanes.

Unsurprisingly, these colourful contraptions – with their elaborately carved and painted animals and mesmerizing motion – are beloved by children, and have inspired a number of toys throughout the 20th century.  Carousel toys, models and music boxes are still popular with children and adults alike today. Take a gander at the gallery below for some early to mid 20th century carousel toys, and check out the vintage plastic carousel toys we have for sale in our shop! 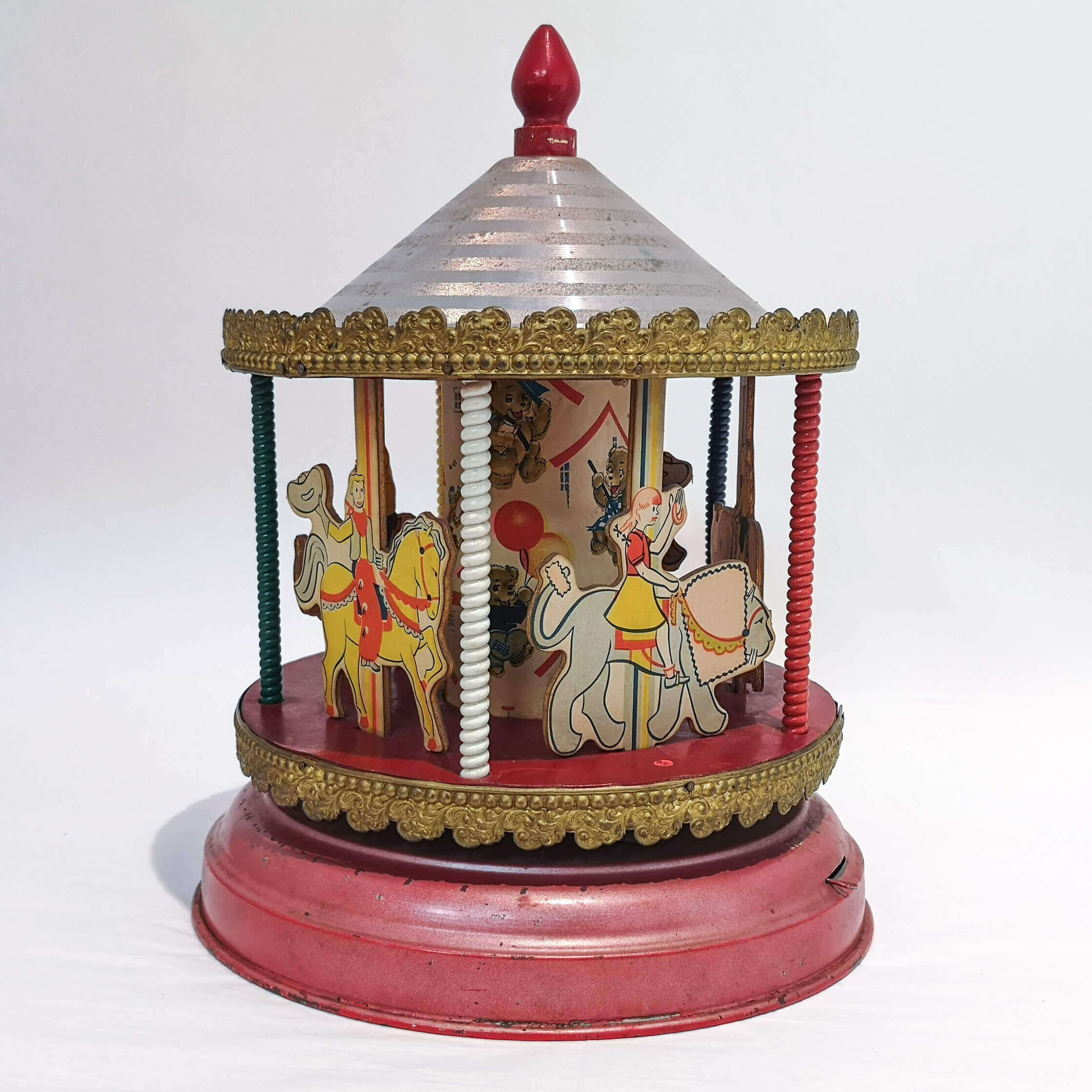 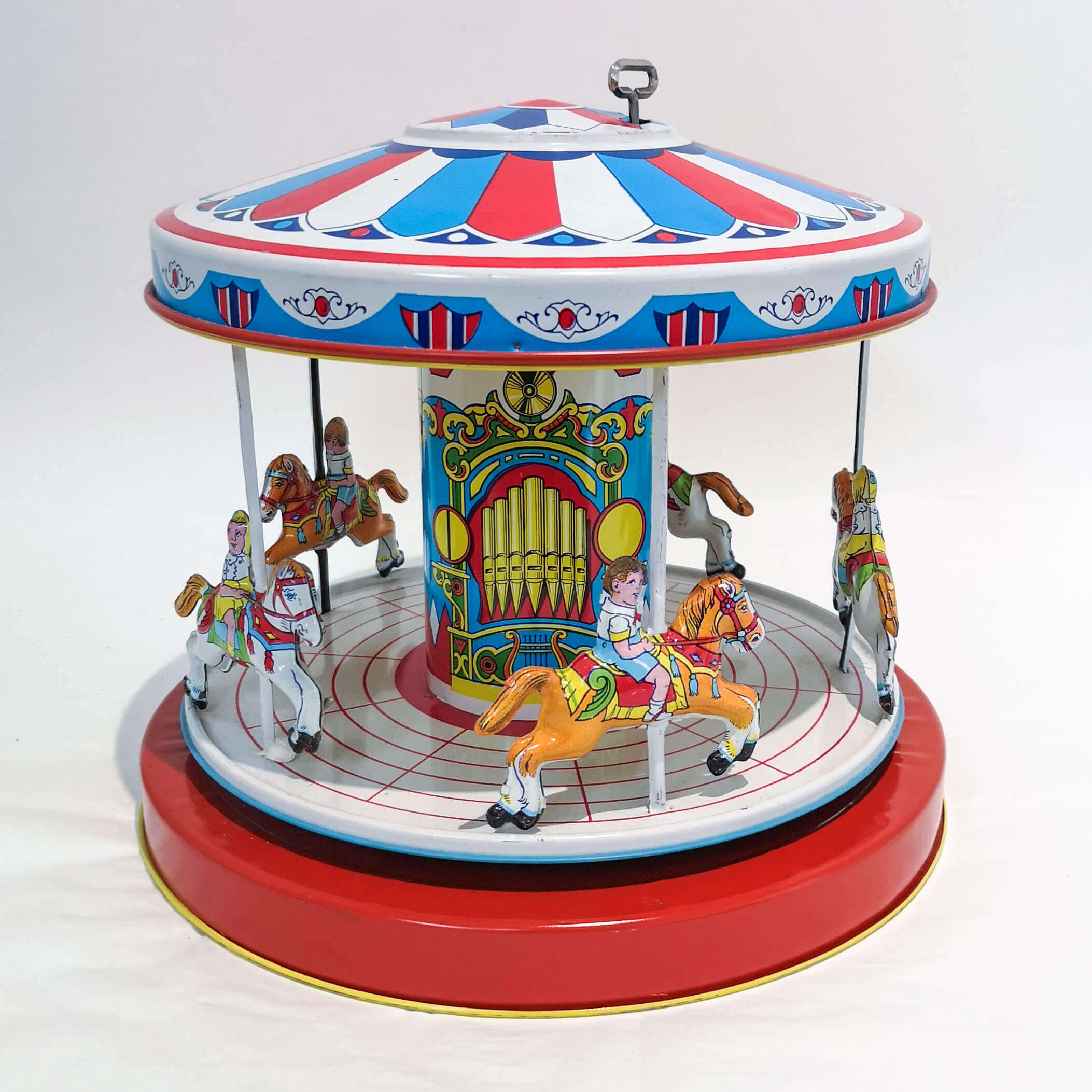 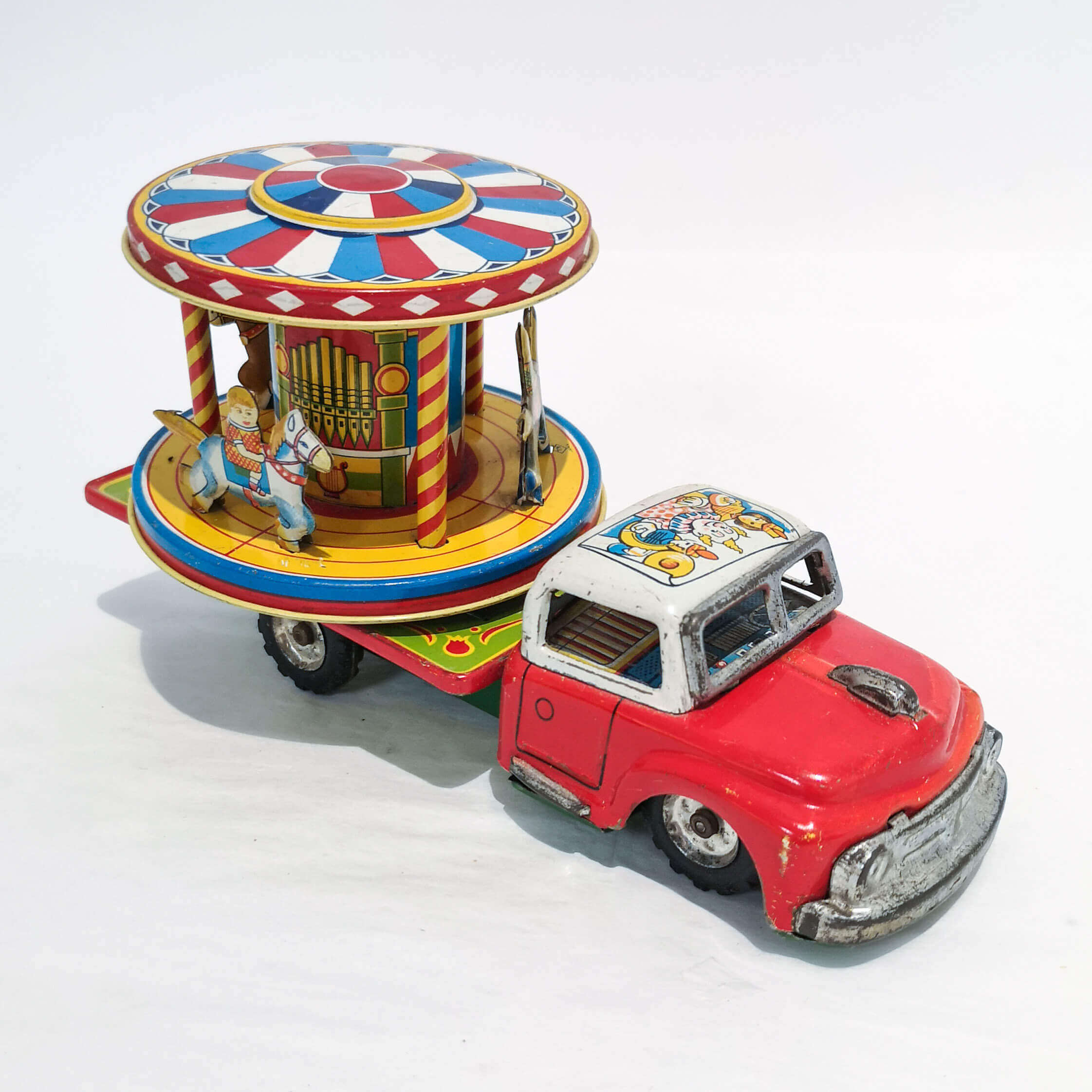 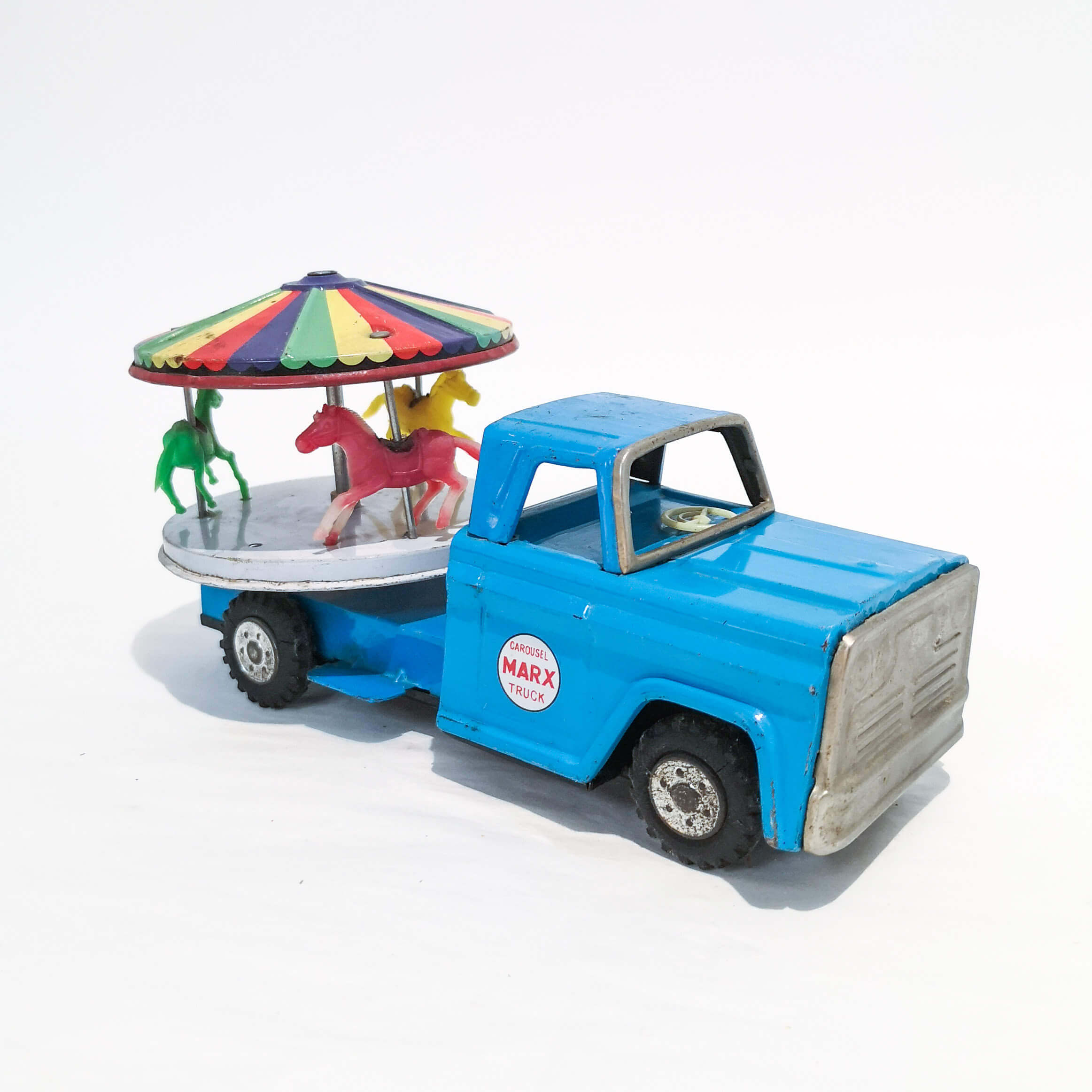 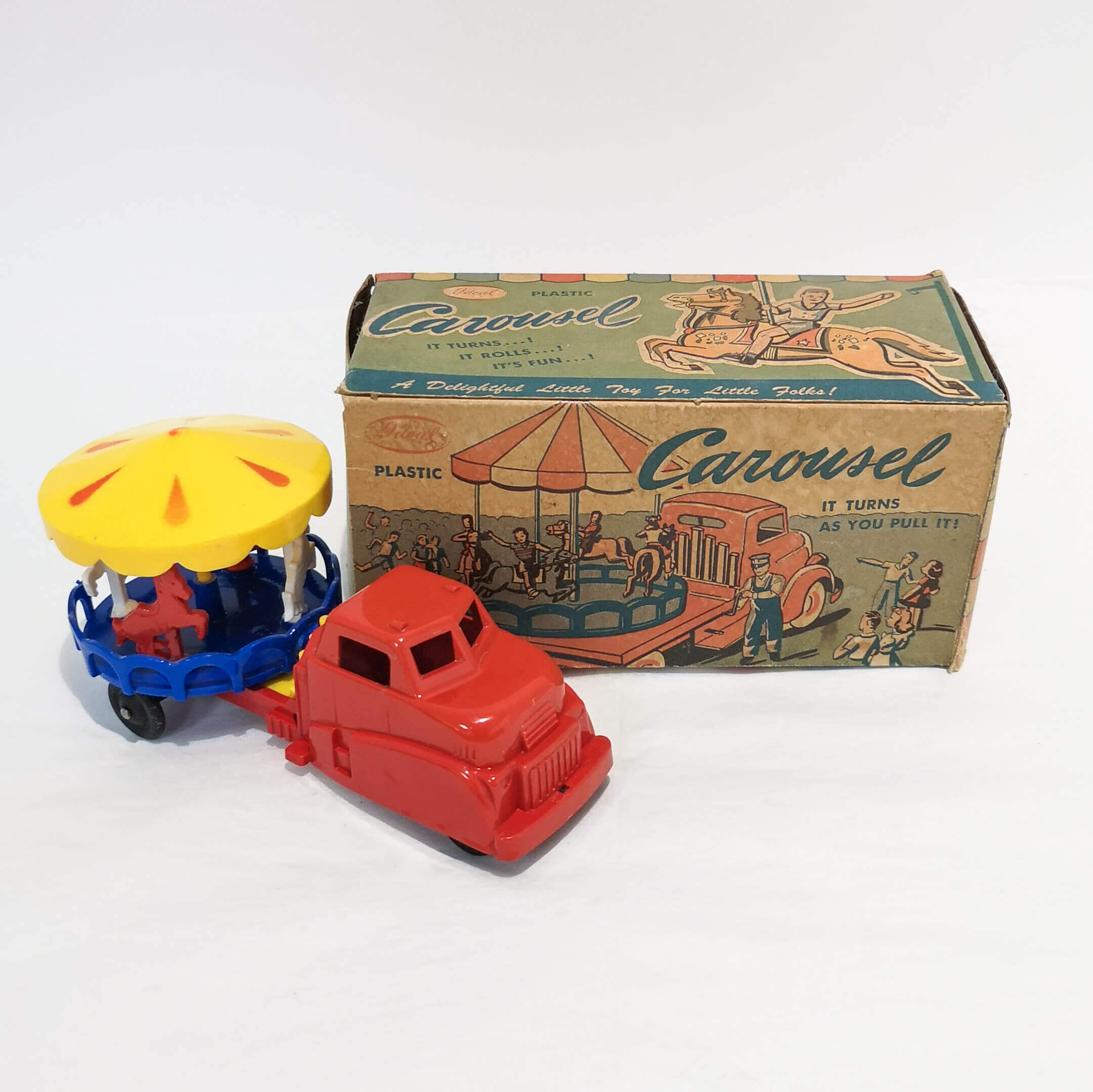 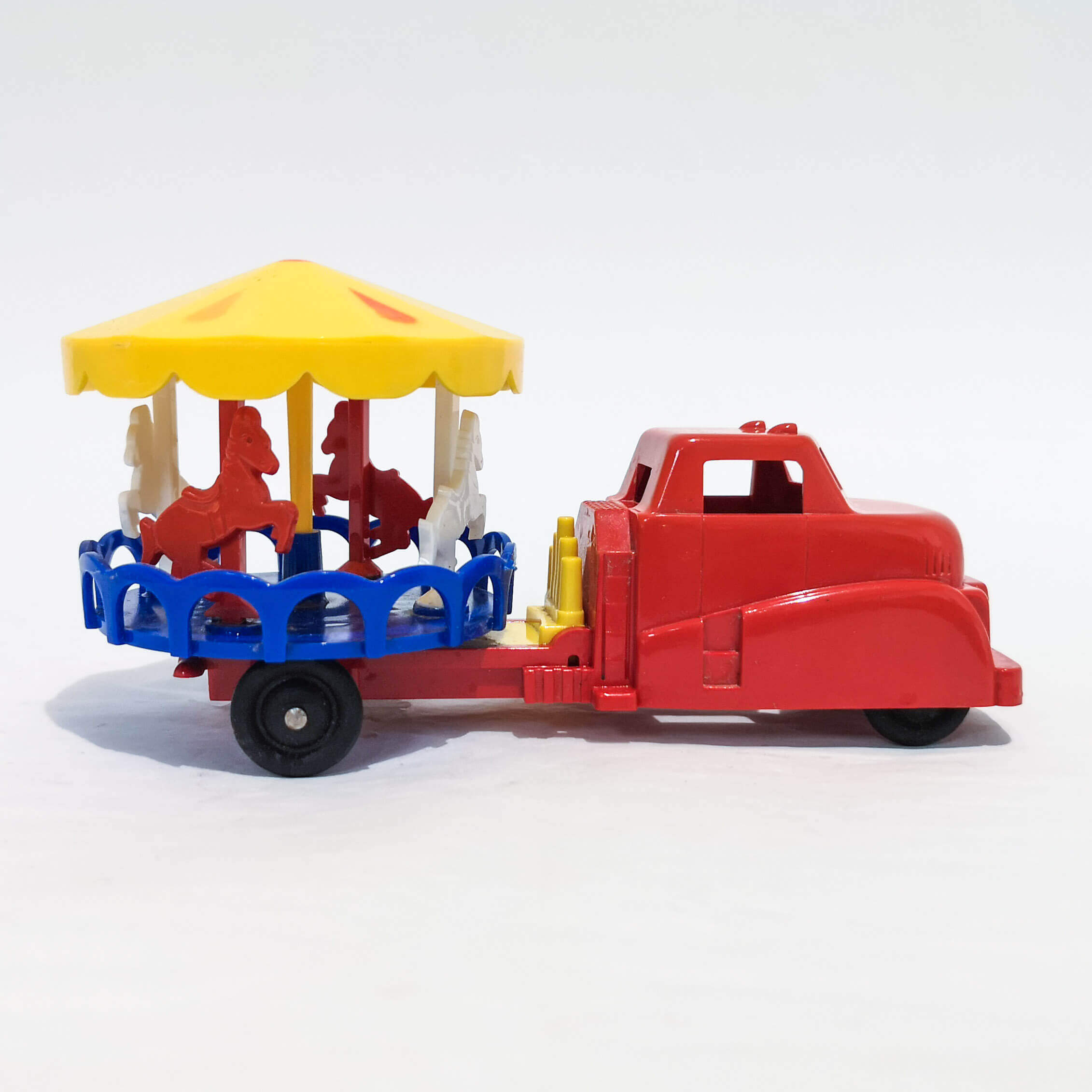 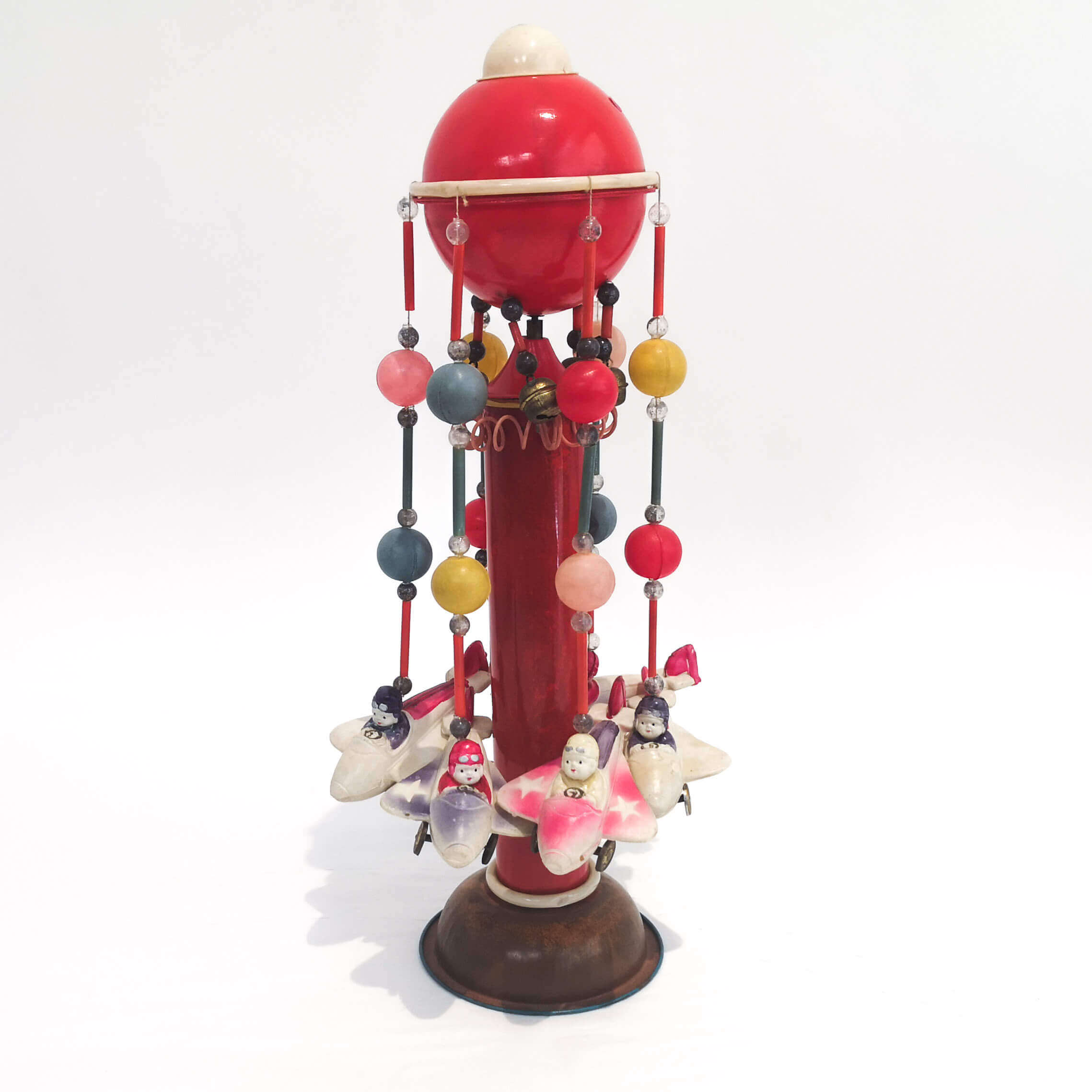 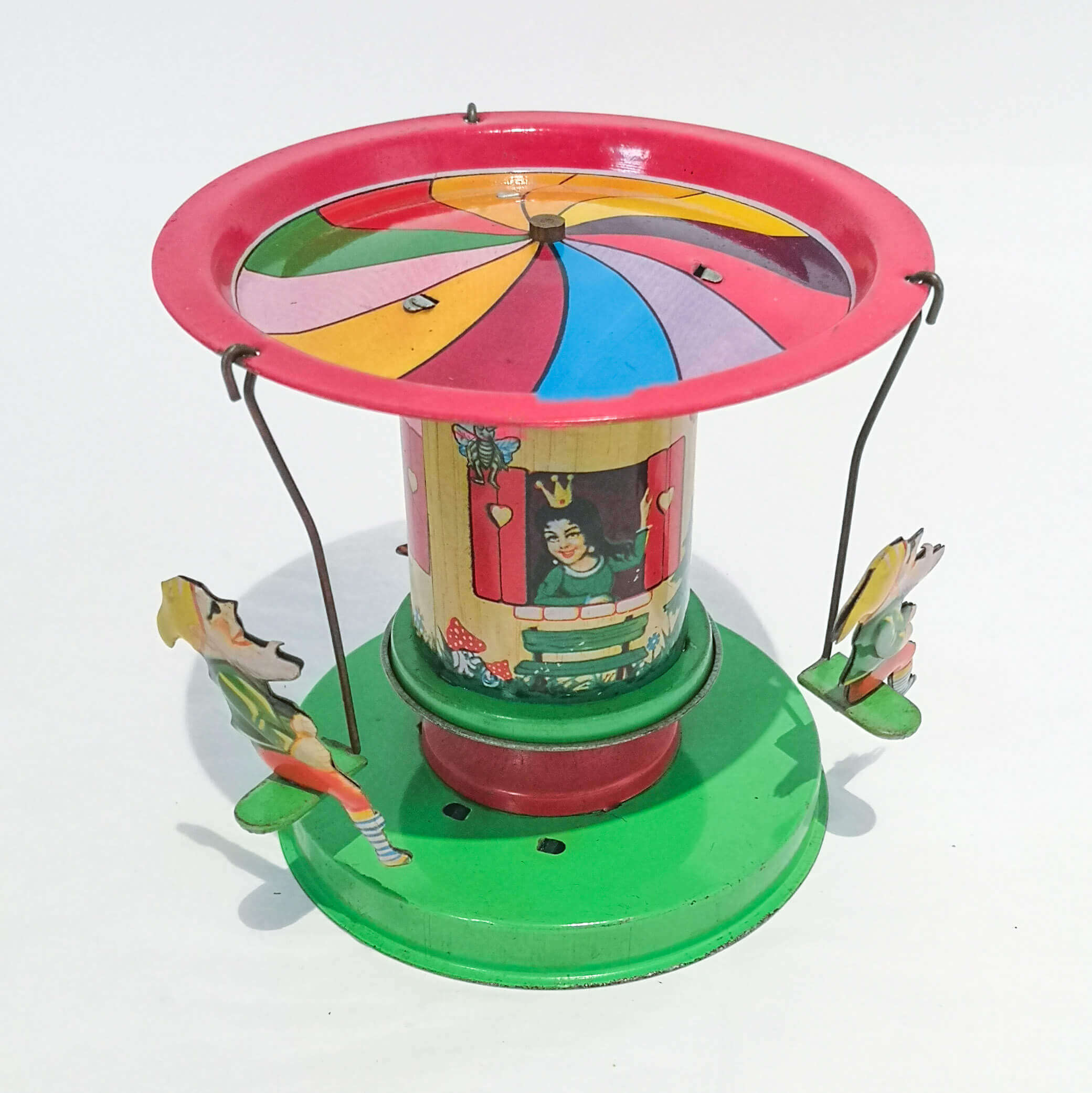 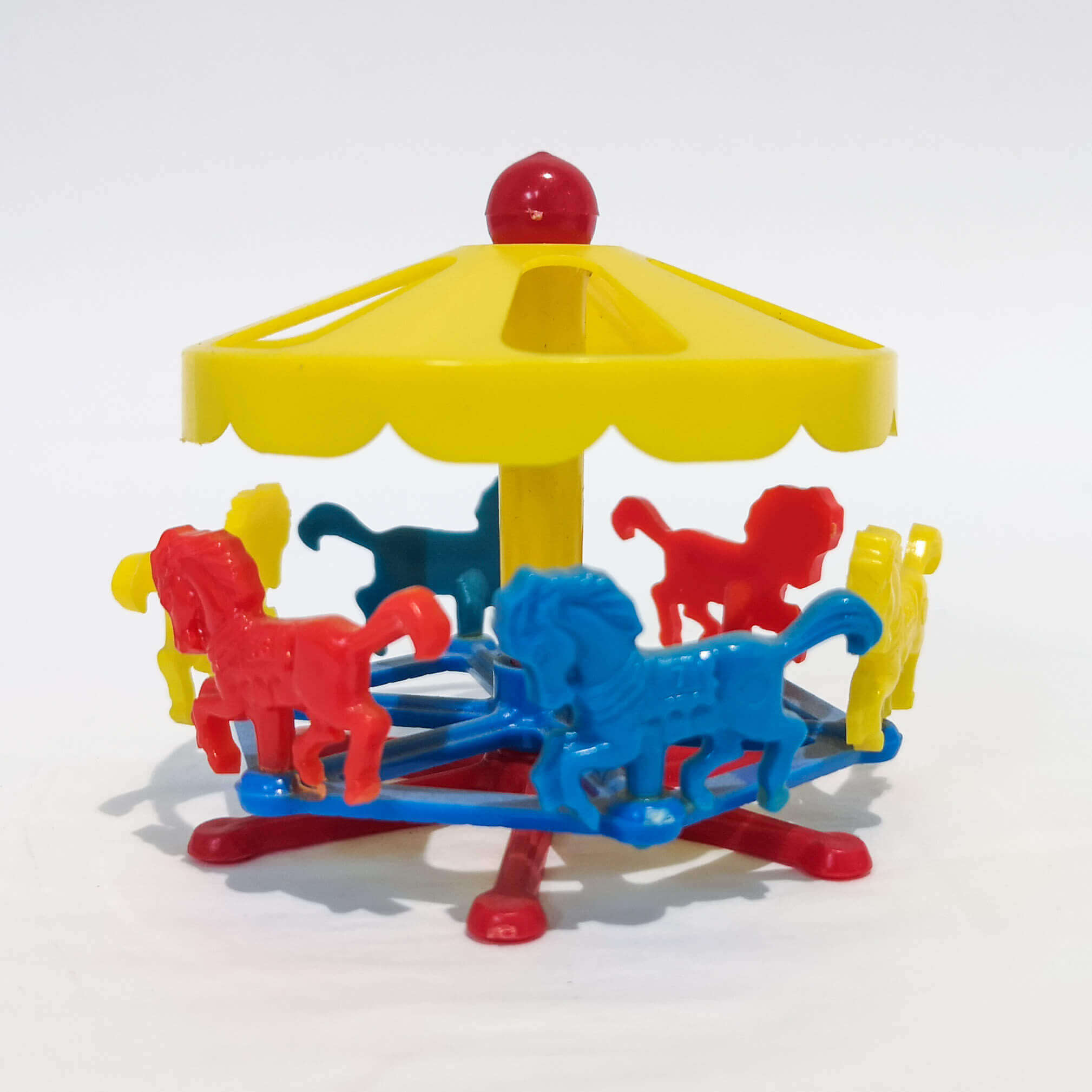 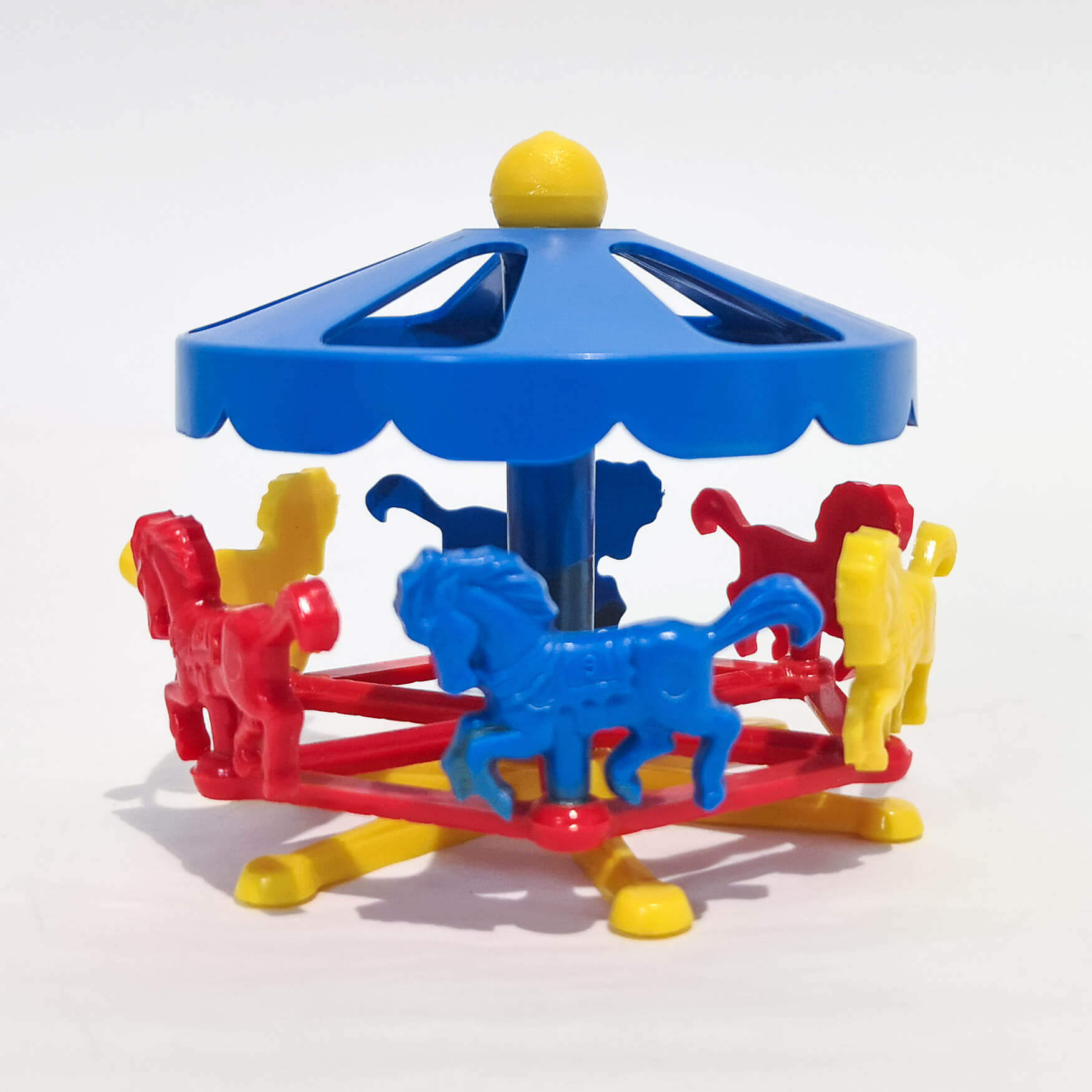