If you’re a collector of vintage plastic toys, you may have heard of the name Islyn Thomas (O.B.E.), an influential plastics engineer and businessman who was inducted into the Plastics Hall of Fame in 1979.

Born in South Wales, Islyn Thomas immigrated with his family to Scranton Pennsylvania in 1923, at the age of 11. In 1930 he graduated top of his class from the Johnson School of Technology where he studied tool & die making, and scored a job as an engineer at Consolidated Molded Products Corp. By 1938 he had worked his way up to Chief Engineer.  Between 1942 and 1944 he served as he General Manager for the Ideal Toy Company, where he oversaw the plant’s transition into wartime production, which included parts for the proximity fuse and flutter valve gas masks.

In 1944 Thomas decided to make a name for himself, and started Thomas Engineering Company, Plastics Parts Development Corp, and the Thomas Manufacturing Corporation with Benjamin H. Shapiro – owner of the Acme Plastic Toys, Inc. Thomas Manufacturing Corp. had four shareholders: Islyn, his wife Ruth, Benjamin, and his wife Louise. The toys were marketed and sold by Acme, and many of these early products were stamped with the “ACME” maker’s mark – until Thomas bought out Shapiro in 1949 and changed the name to Thomas Toy.

Other plastic toy companies like Ideal and Renwal had already cornered the dollhouse furniture market, so Thomas thought outside of the box (or dollhouse, so to speak) and made outdoor doll accessories such as wagons, strollers, swing sets, see-saws and other playground equipment. In 1950 Thomas introduced a line of plastic boats which quickly became the most popular toy boats on the market until Ideal starting making larger plastic boats in the mid ’50s. Other successful toys by Thomas included vinyl dolls and animals, and the ever popular plastic cars, motorcycles airplanes and helicopters.  They also produced a number of amusing toys with interactive components, such as “Jolly Jumbo”, a small plastic elephant that would squirt water from his trunk.  During the 1950s, Thomas Toys could be found in every dimestore across America. 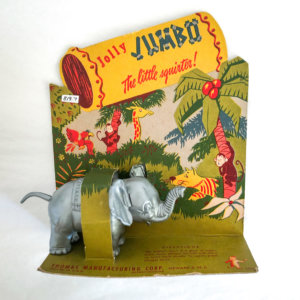 In addition to supplying delightful toys to millions of American children, Islyn Thomas had a number of other accomplishments under his belt. According to the Plastics Hall of Fame, “Thomas served the U.S. government during the Truman Administration as a member of the War Production Board, and later worked with Vice President Lyndon B. Johnson on the Atlantic Alliance for Progress program.”  In 1947, he published the preeminent textbook on injection molding plastics while teaching as a professor of plastics engineering at Brooklyn Polytechnic Institute. He also helped establish a number of plastics companies in the UK and Wales after WWII, and consulted with plastics manufacturing companies in over 20 countries.  In 1975 he was appointed an Officer of the Order of the British Empire for his advancements to plastics technology and his contributions to the industry around the world. 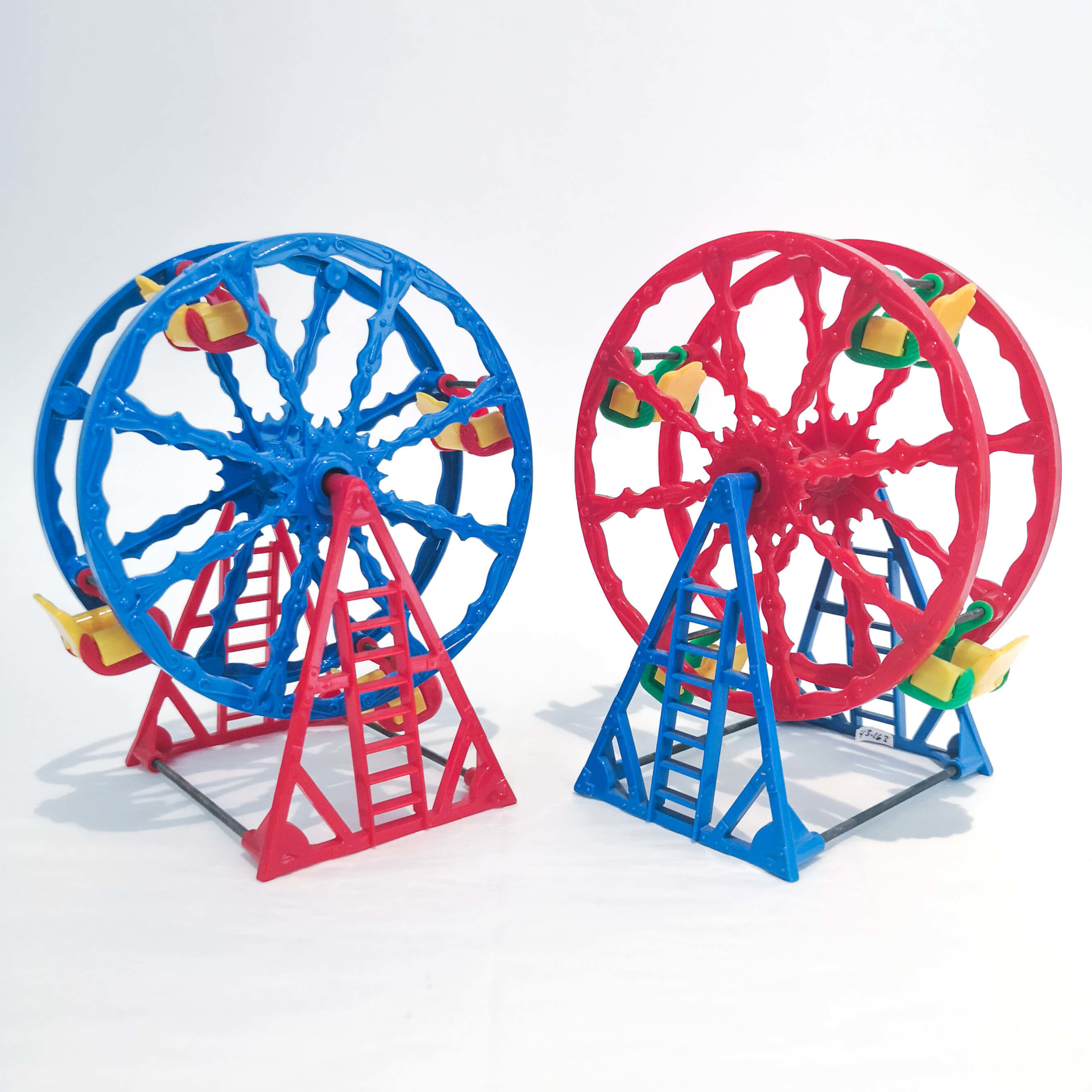 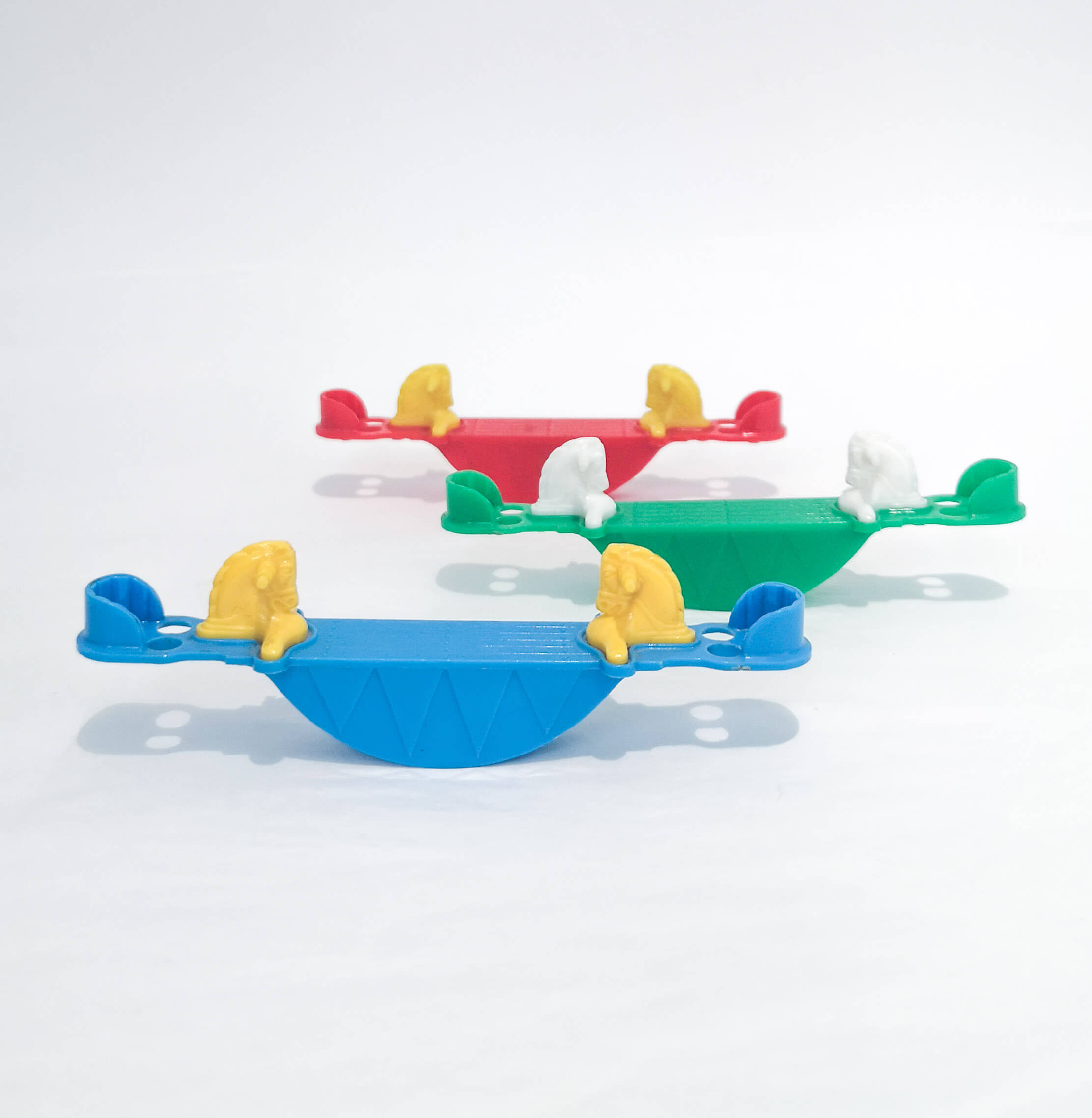 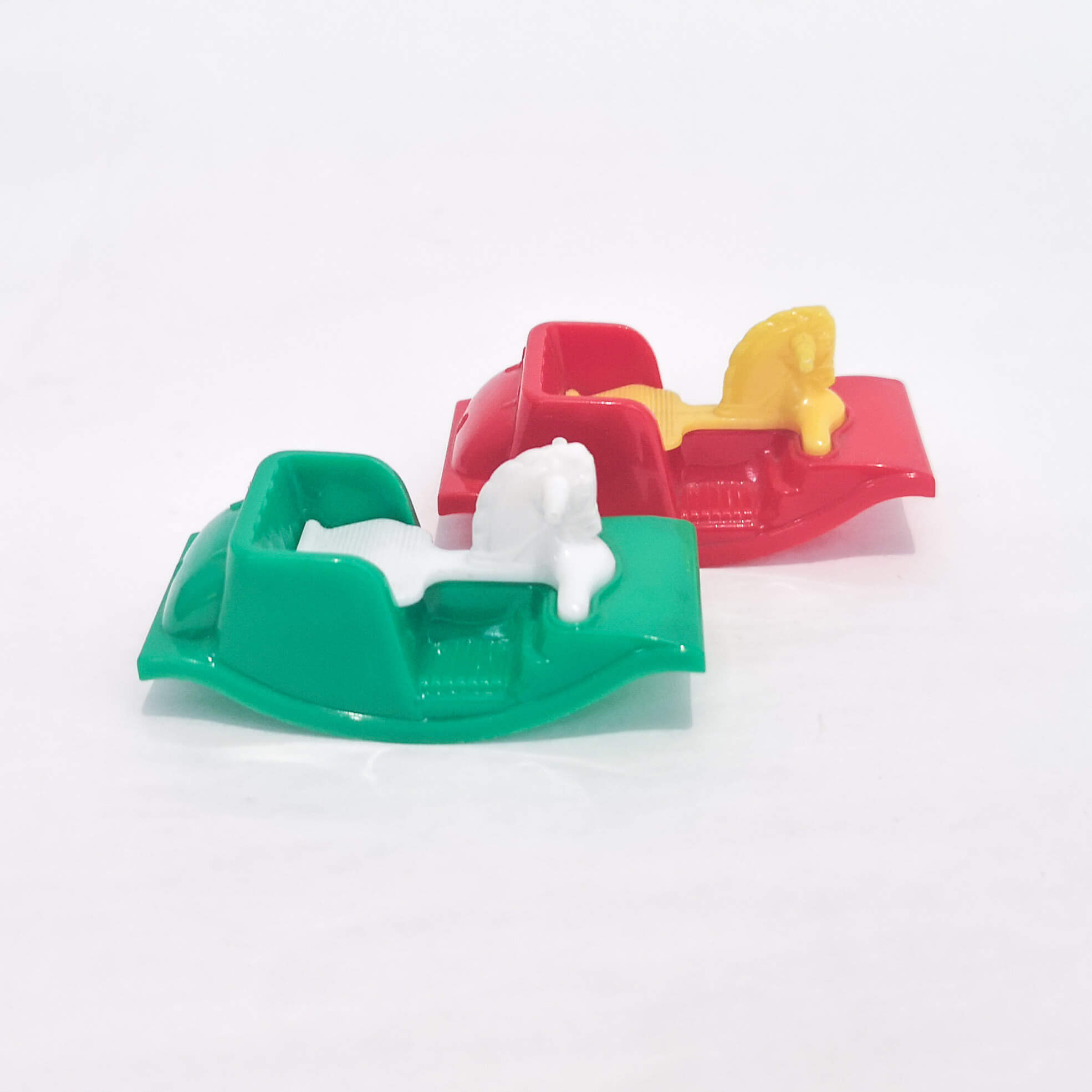 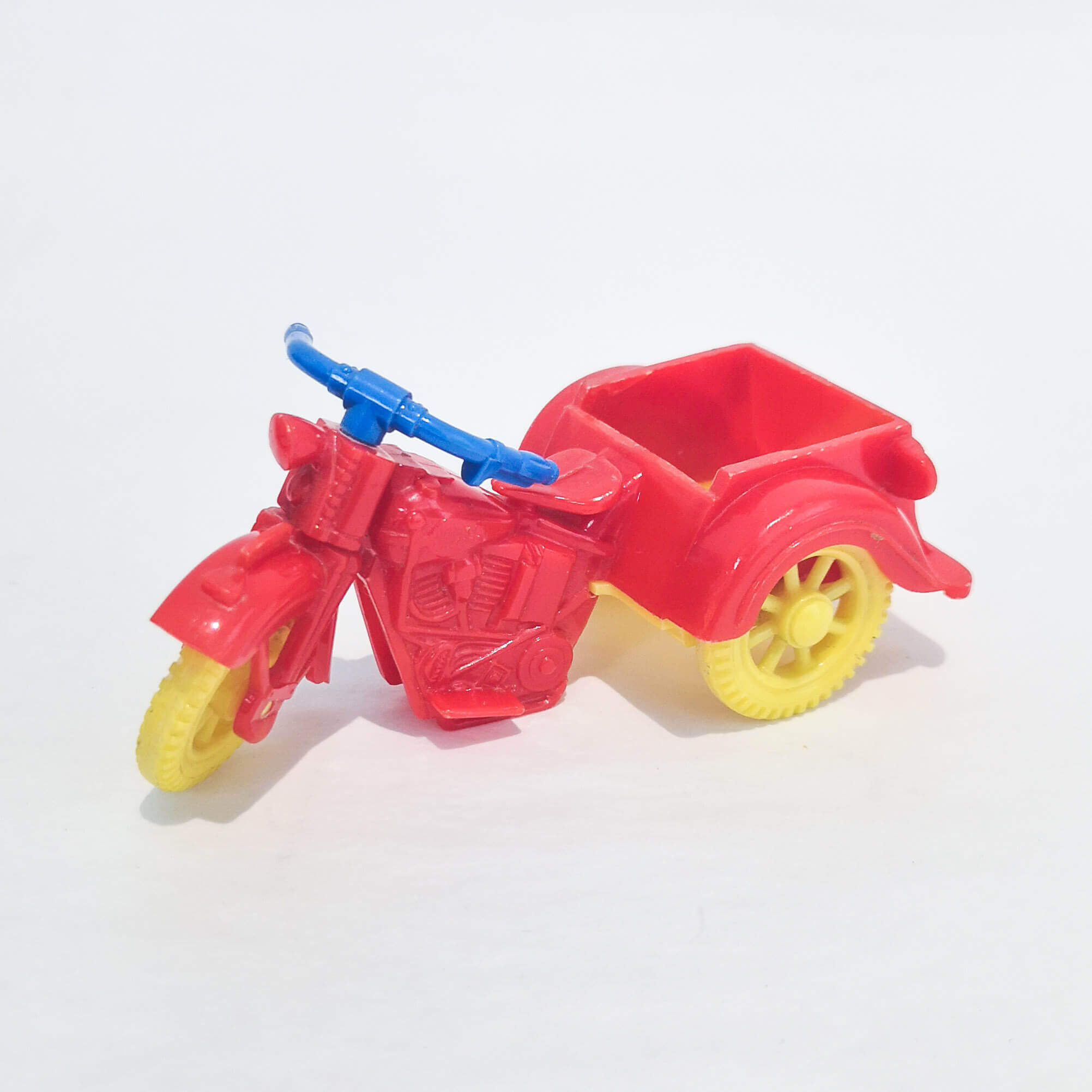 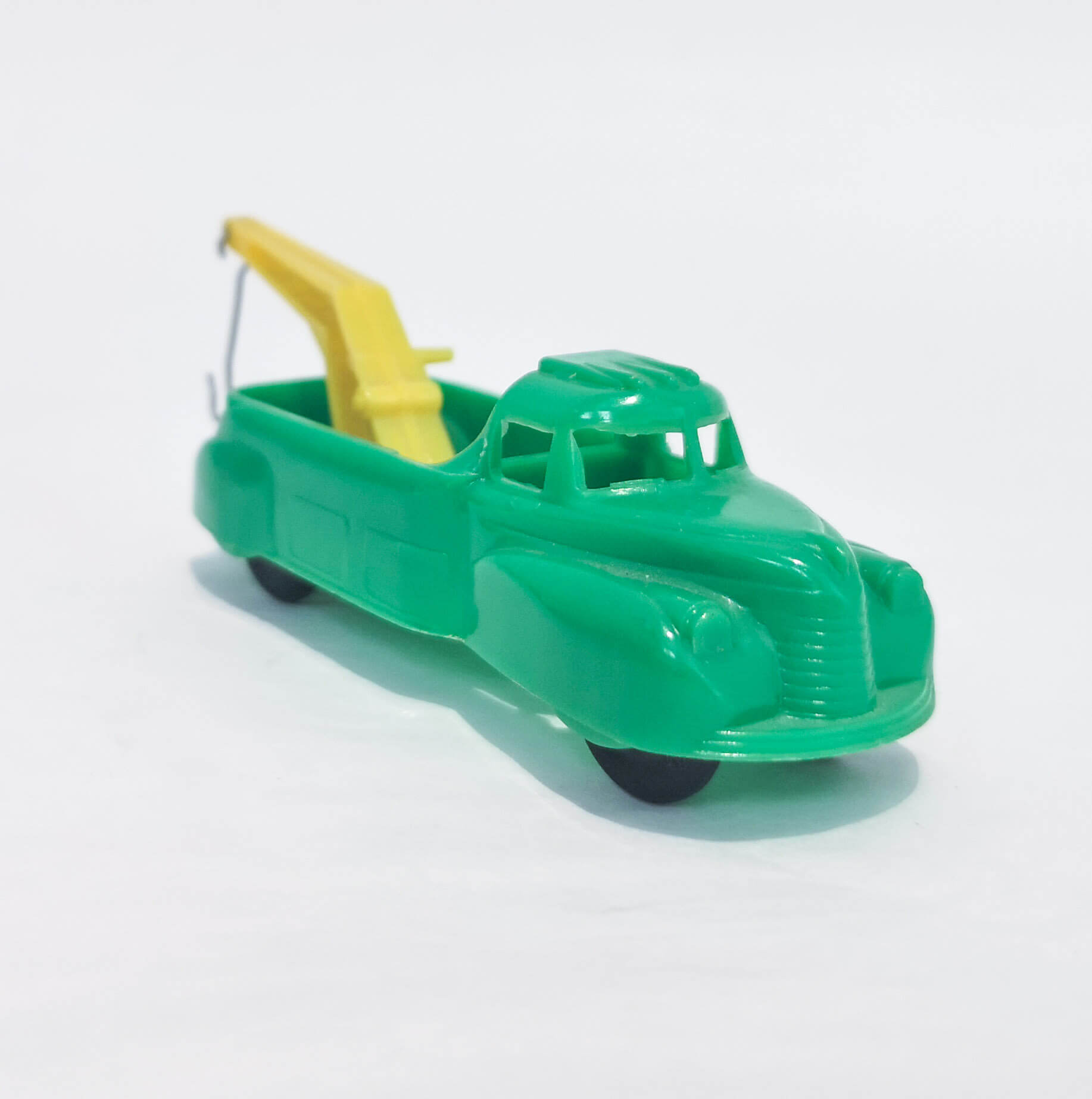 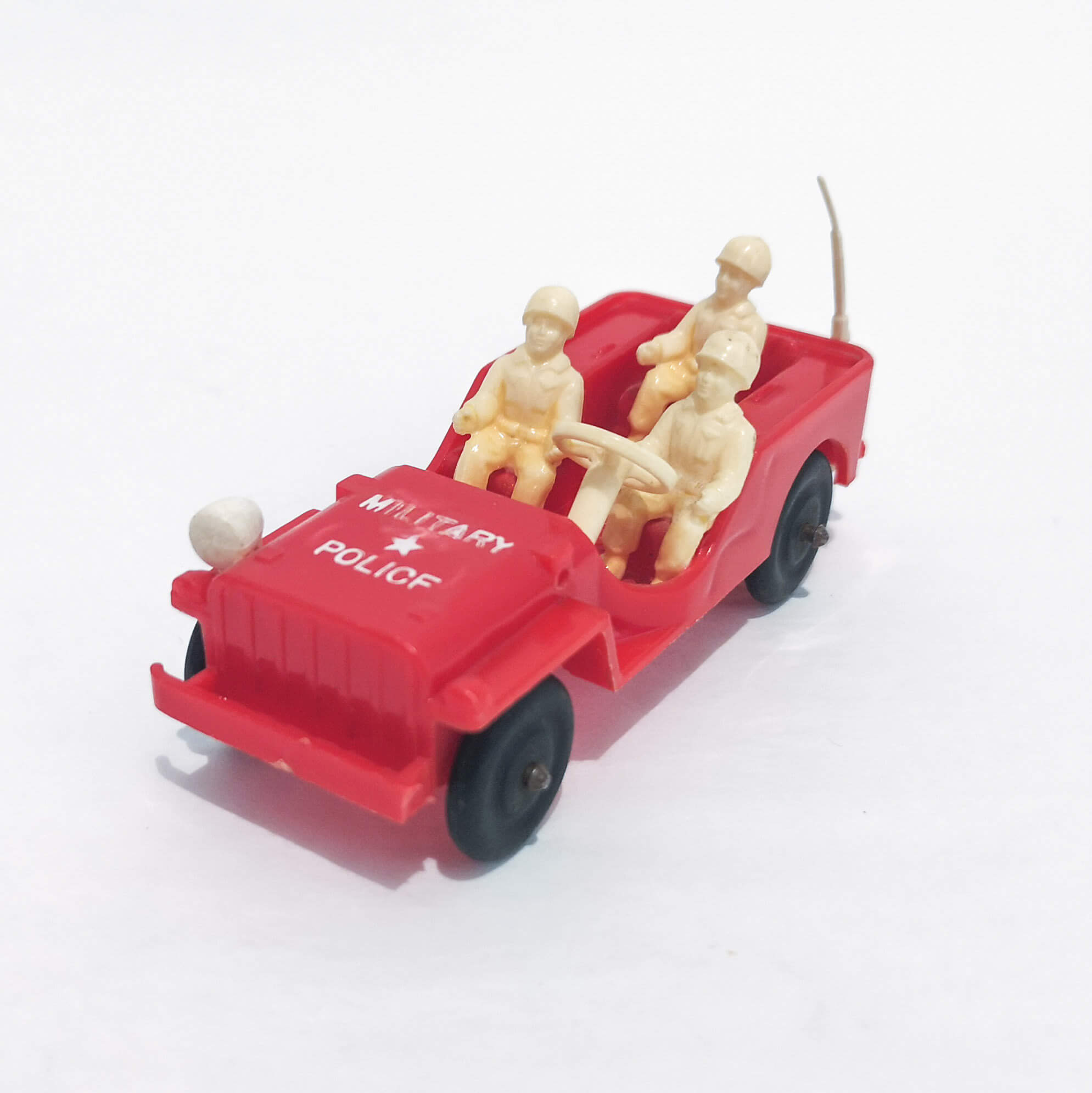 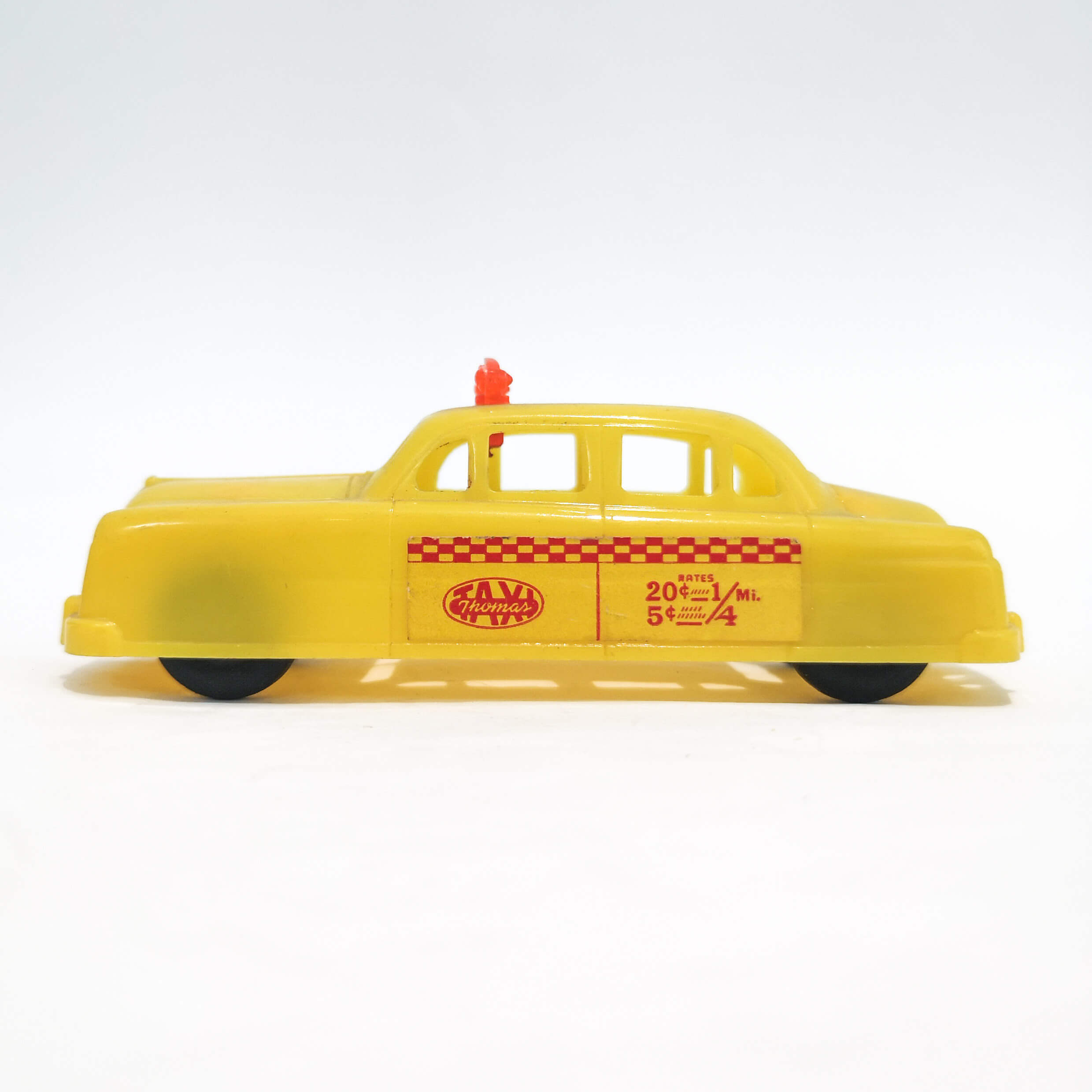 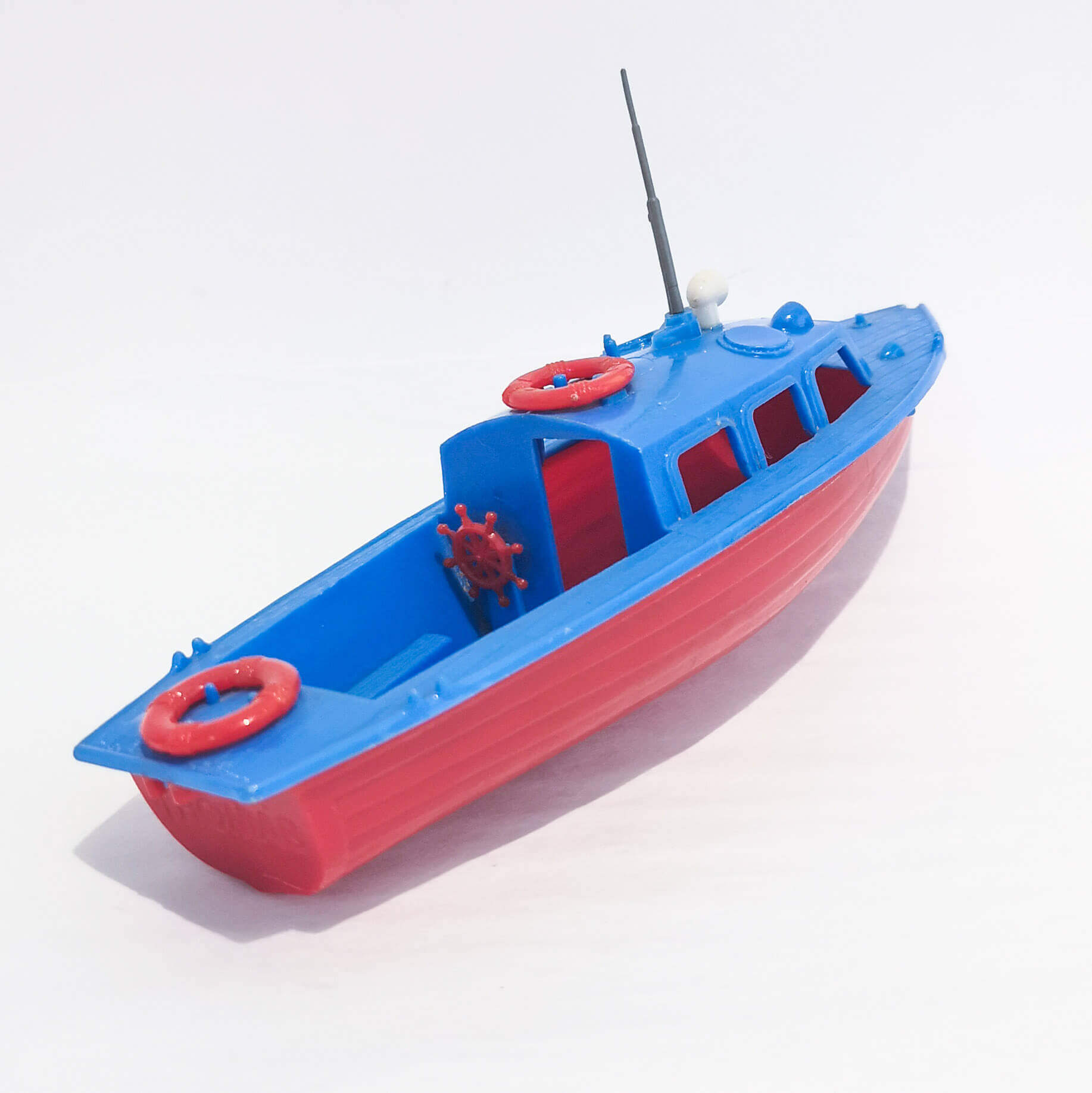 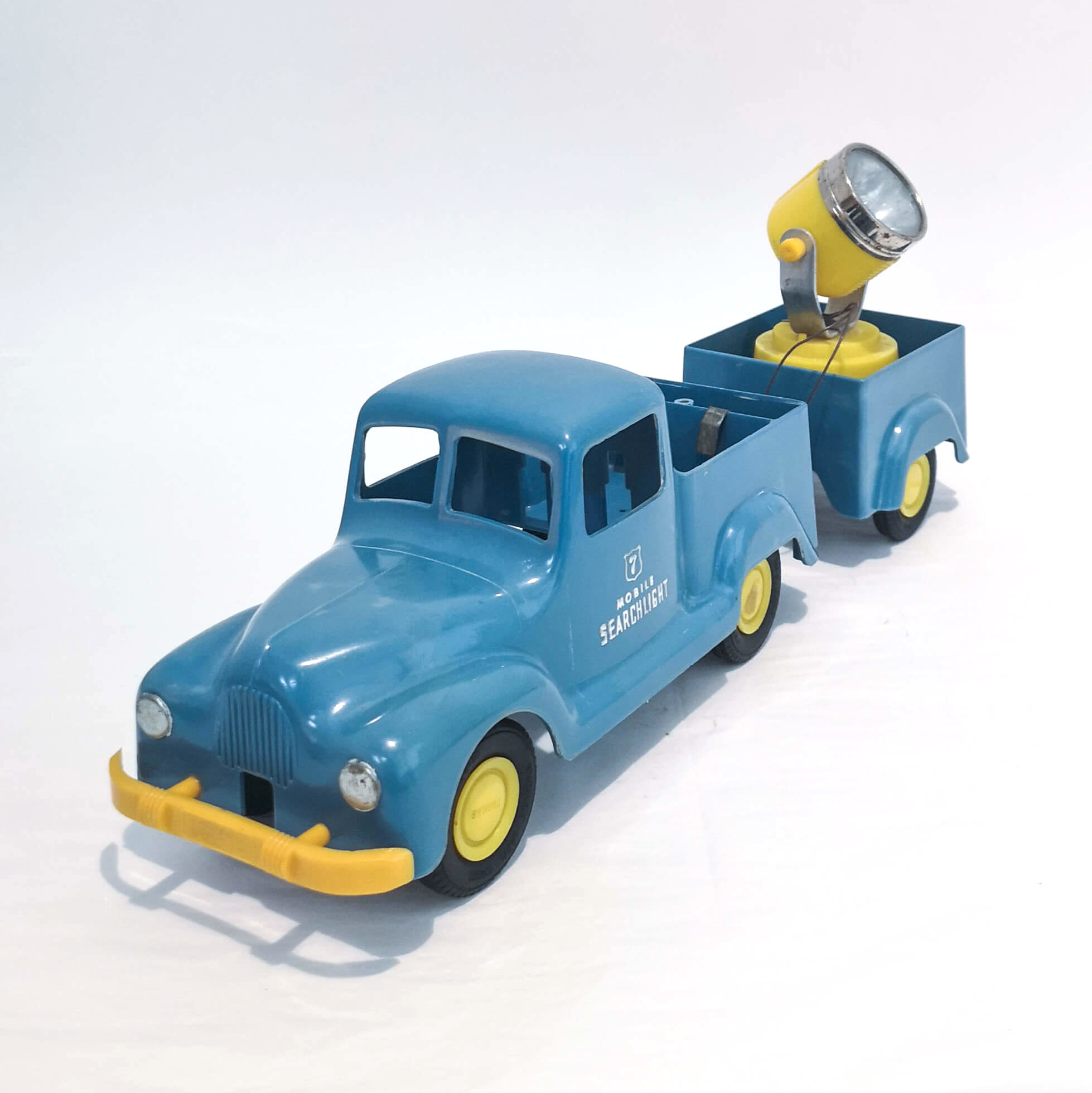 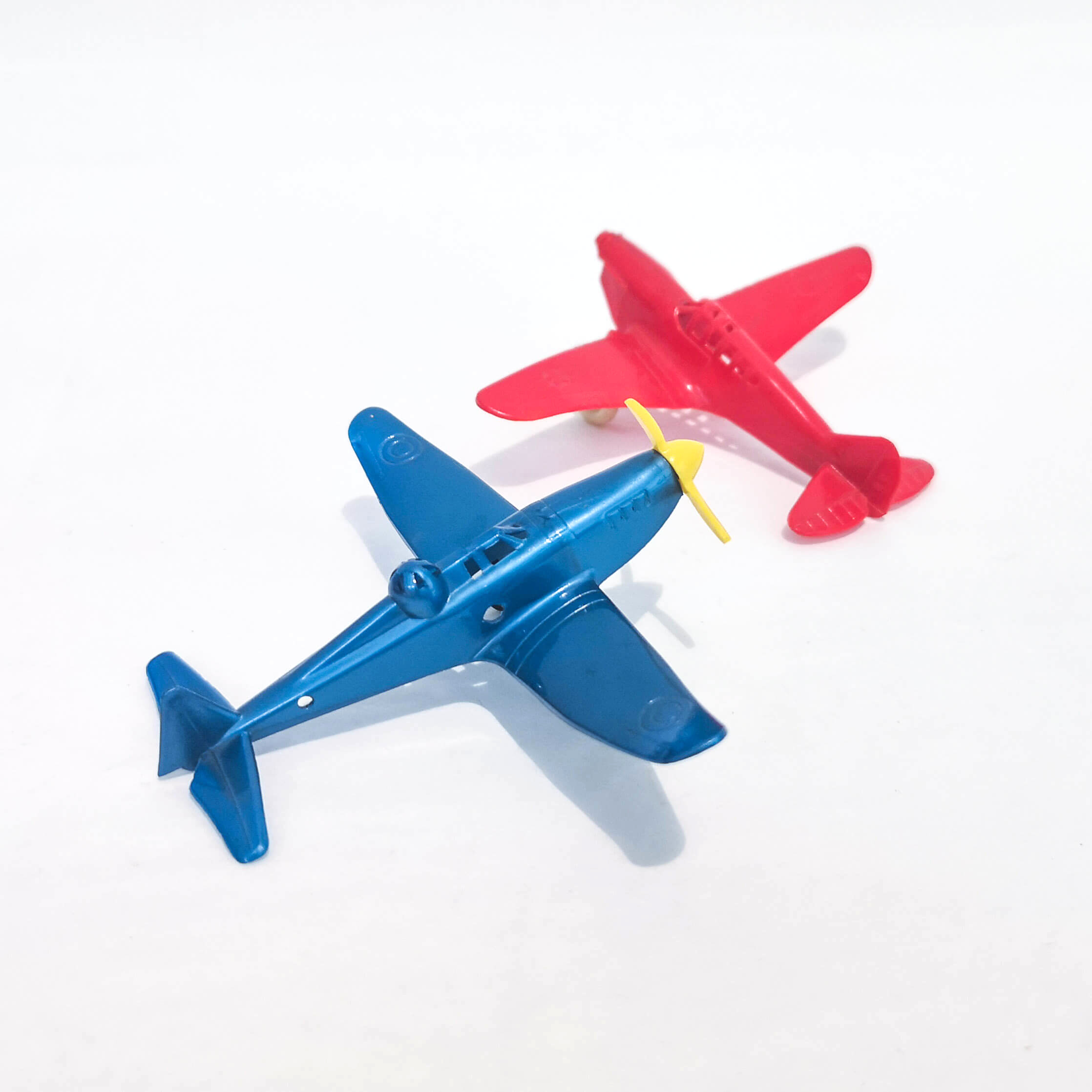 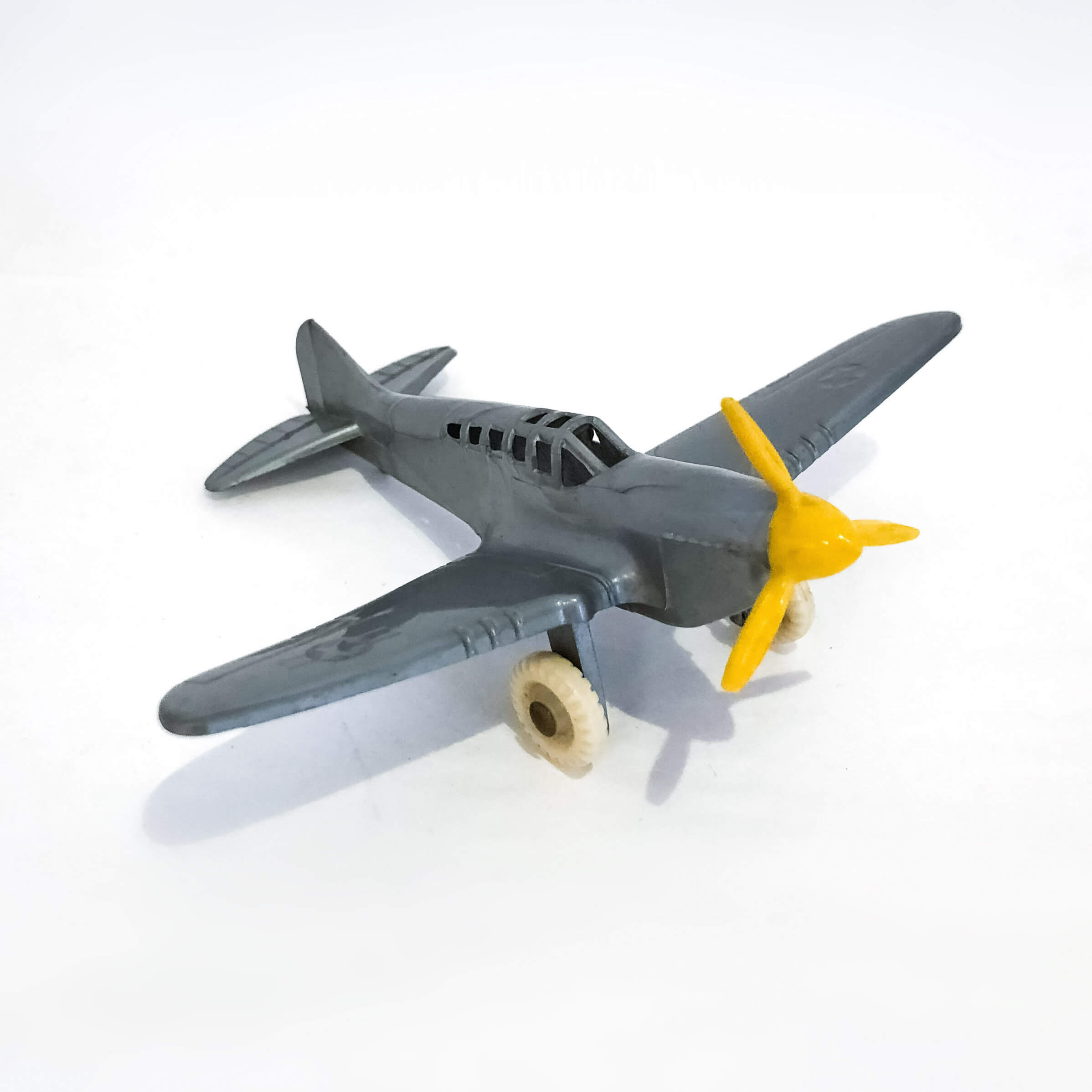