Rooted in the Latin ambulare which means “to walk or move about”,  ambulancia referred to the first recorded field hospital in history, which consisted of tents equipped with the medical tools and apparatus used by physicians of the time.

Credit for the modern concept of the ambulance is generally given to Dr. Dominique Jean Larrey, a French surgeon in Napoleon Bonaparte’s Grande Armée.  The Armée’s field hospitals were housed in heavy wagons which followed one league (3 miles) behind the army.  When soldiers were wounded in battle, the wagons often wouldn’t reach them until 24-36 hours later, after the battle ended and the rest of the army had marched on.  By this time, many of the wounded would have already succumbed to their injuries.  Larrey recognized the need for speedier medical aid, and advocated for what he called the ambulance volante (“flying ambulance”): lightweight, horse-drawn carriages which could rapidly maneuver through the field, remove wounded and quickly transport them to the field hospitals. Sometimes they would even carry a surgeon to the battlefield, when the need for immediate aid was especially dire.

During the American Cvil War, serious problems with the ambulance corps actually lead to some major advancements to the training of ambulance personnel and the oversight of ambulance operations.  After the Civil War ended, the ambulances – and the improvements made – stuck around.  The first civilian ambulance service was provided by Commercial Hospital in Ohio (now known as Cincinnati General Hospital) in 1865, and by 1891, five hospitals in New York City were equipped with ambulance services.  These horse-drawn ambulances were outfitted with basic medical supplies and accompanied by on-board doctors. The first motorized ambulance was built in 1899, and was used by Michael Reese Hospital in Chicago. Over the following decades horse-drawn ambulances were gradually replaced by motorized versions. Since then, many advancements have been made to the design and equipment of ambulances, as well as standards and training for pre-hospital care. 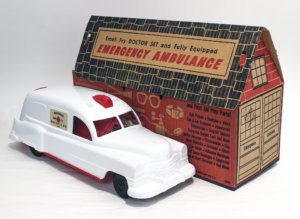 Throughout history, various modes of transportation have been a staple in toy design, from horse-drawn carriages and steam engines to automobiles and airplanes.  Emergency vehicles have the added appeal of urgency and danger – plus the association with heroism, which children are innately drawn to*.  It’s no wonder, then, why the classic toy-triad of ambulance, fire engine & police car have been a enduring favorite among youngsters (and toy collectors!).  Use code AMBULANCIA to save 10% off vintage ambulance toys in our antique toy store.

*Studies have indicated that children are born with an innate sense of justice, and as early 6 months old they are drawn to characters who intervene to help, protect, or do good for others. 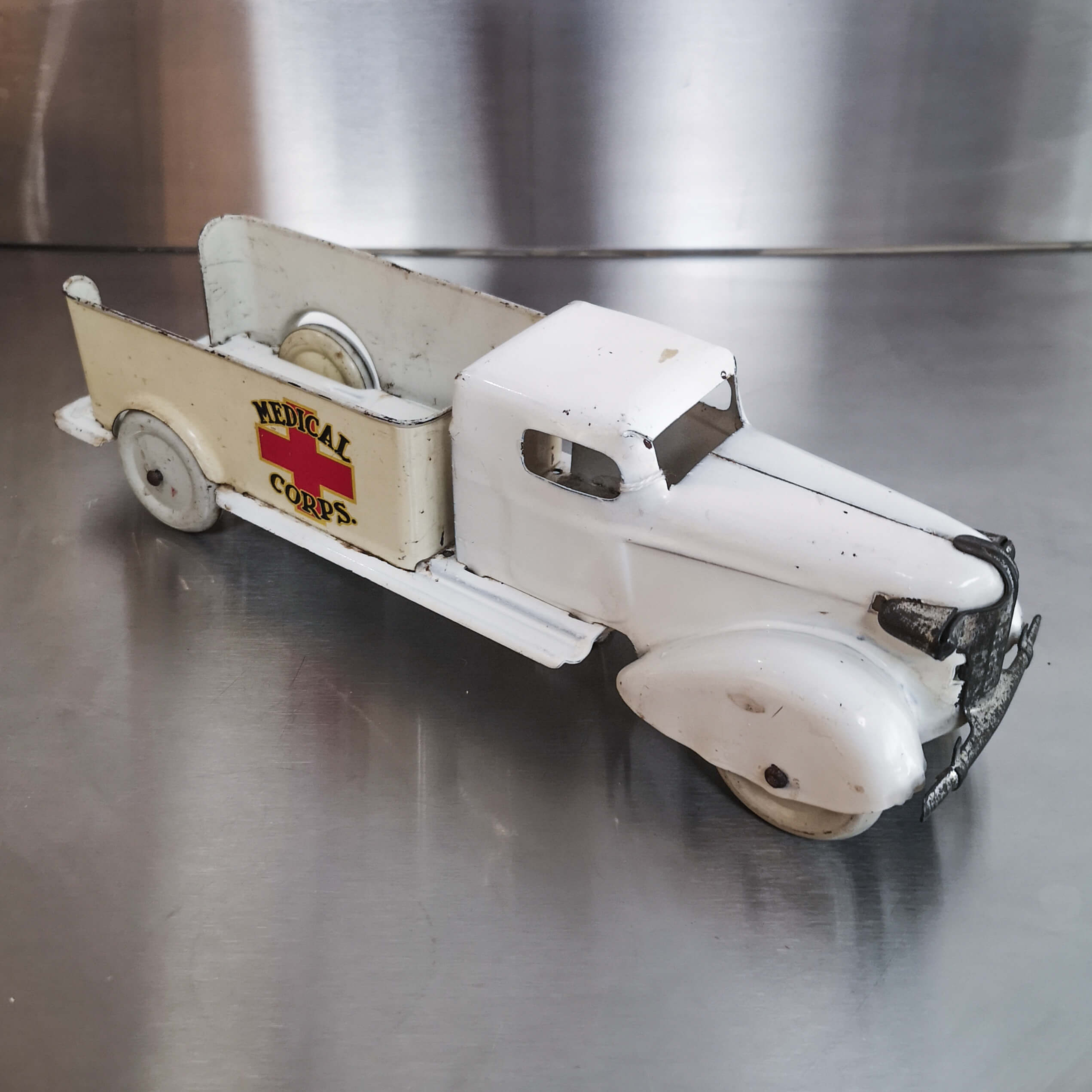 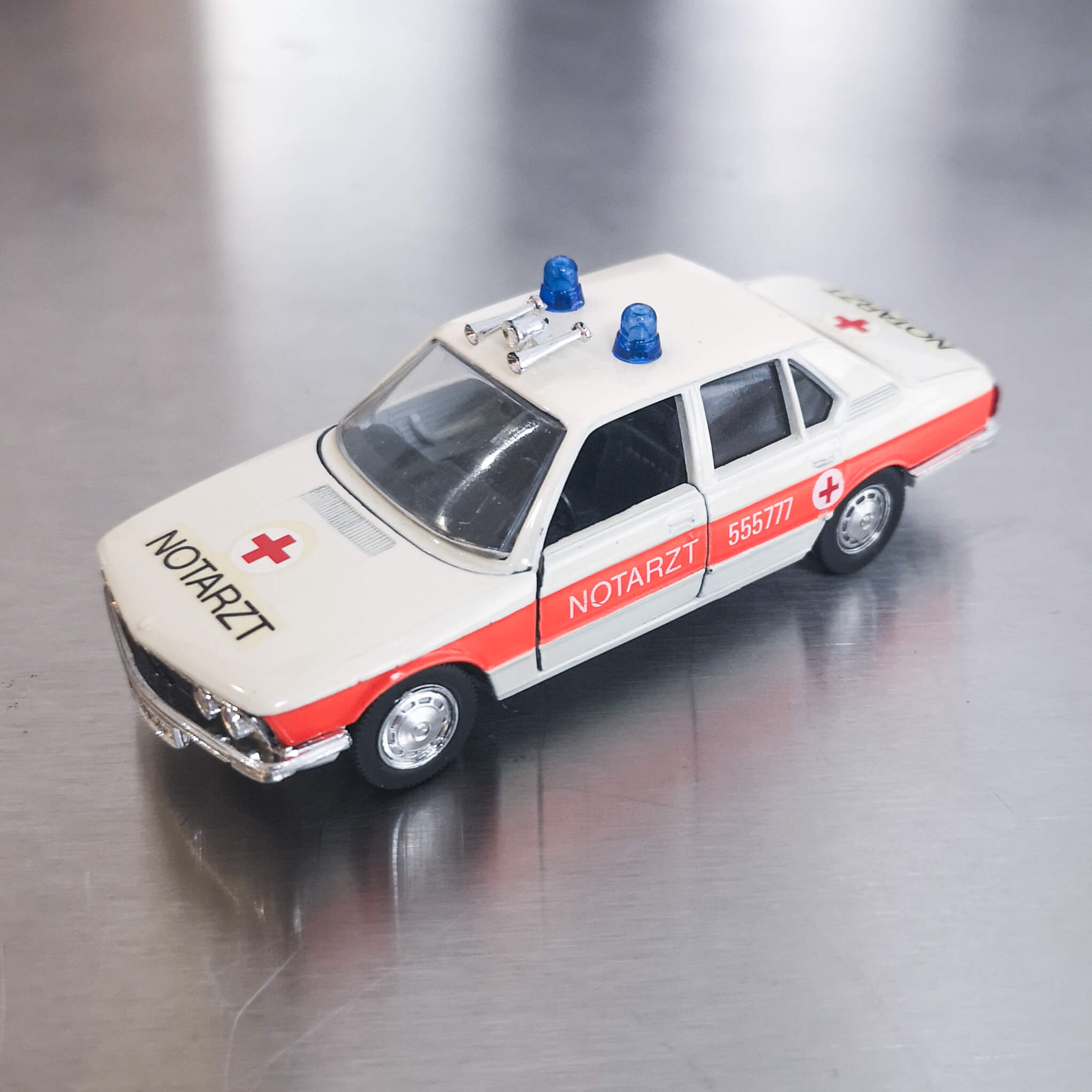 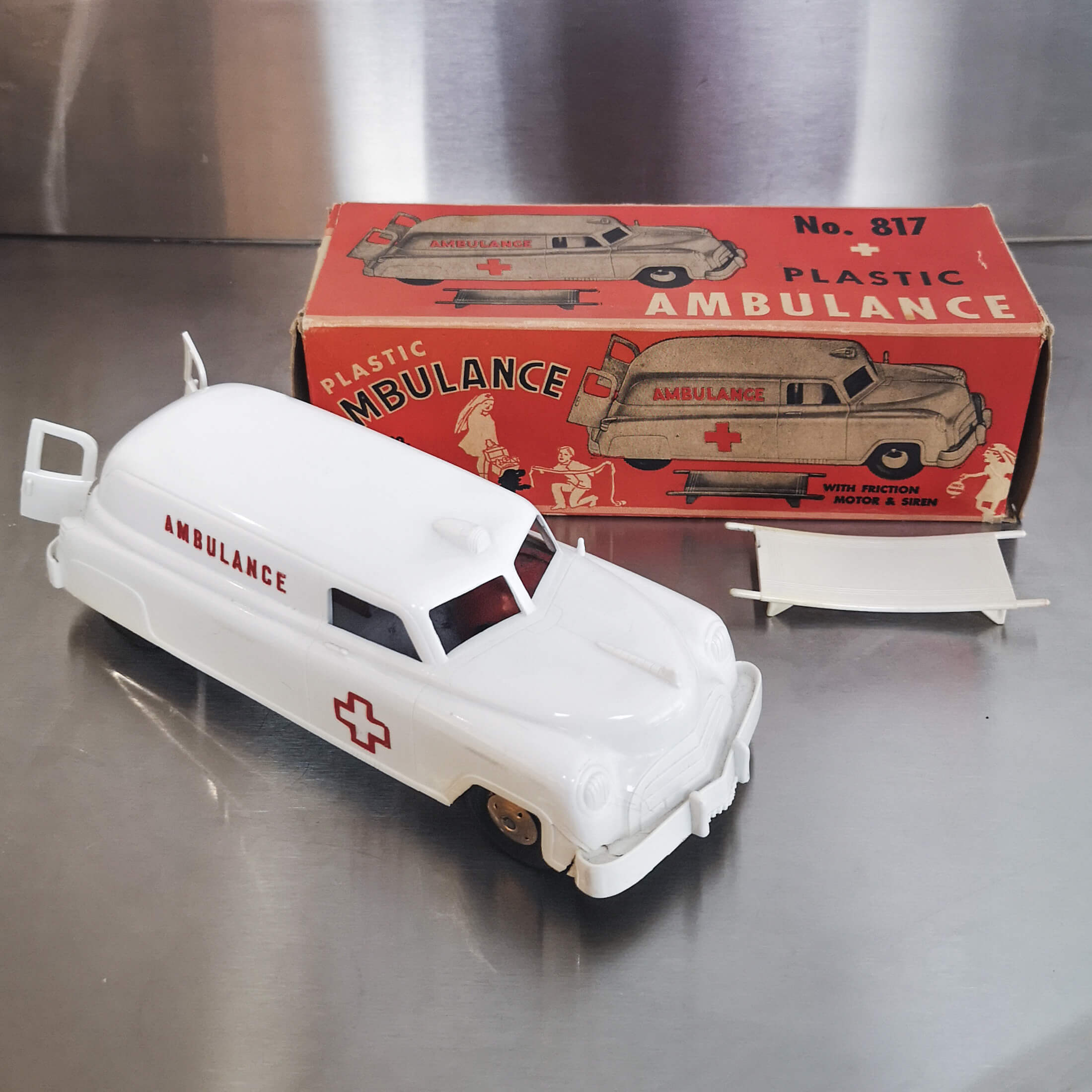 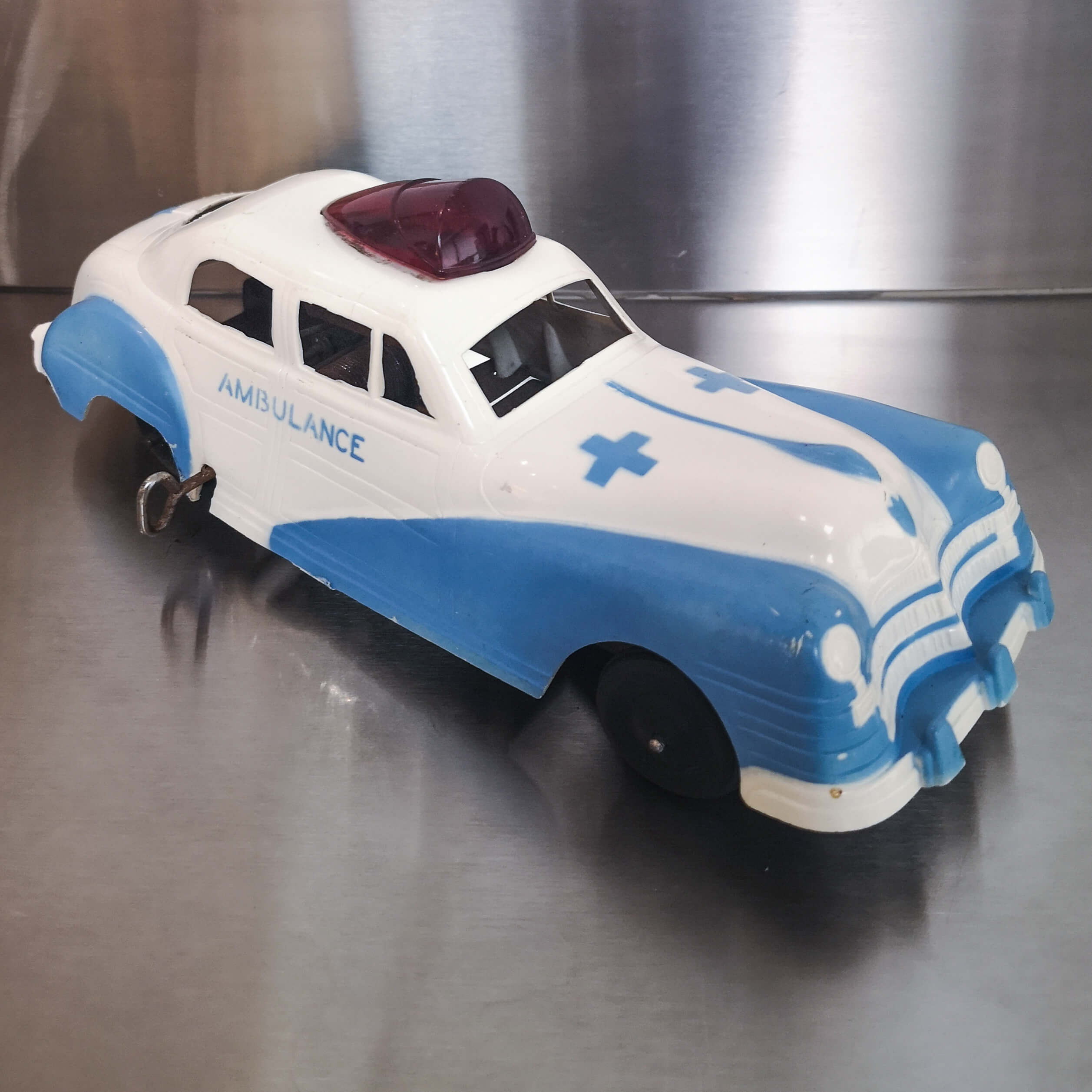 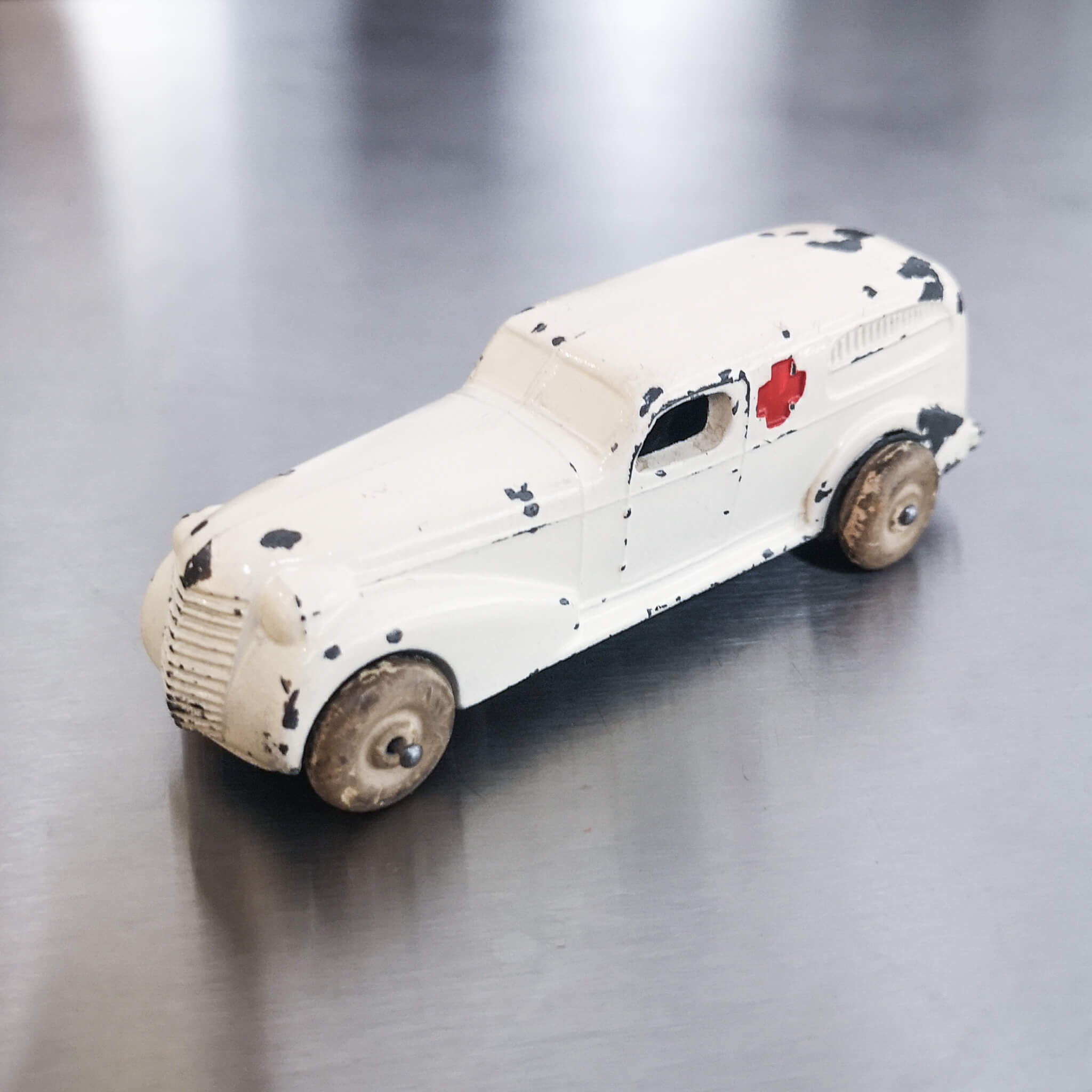 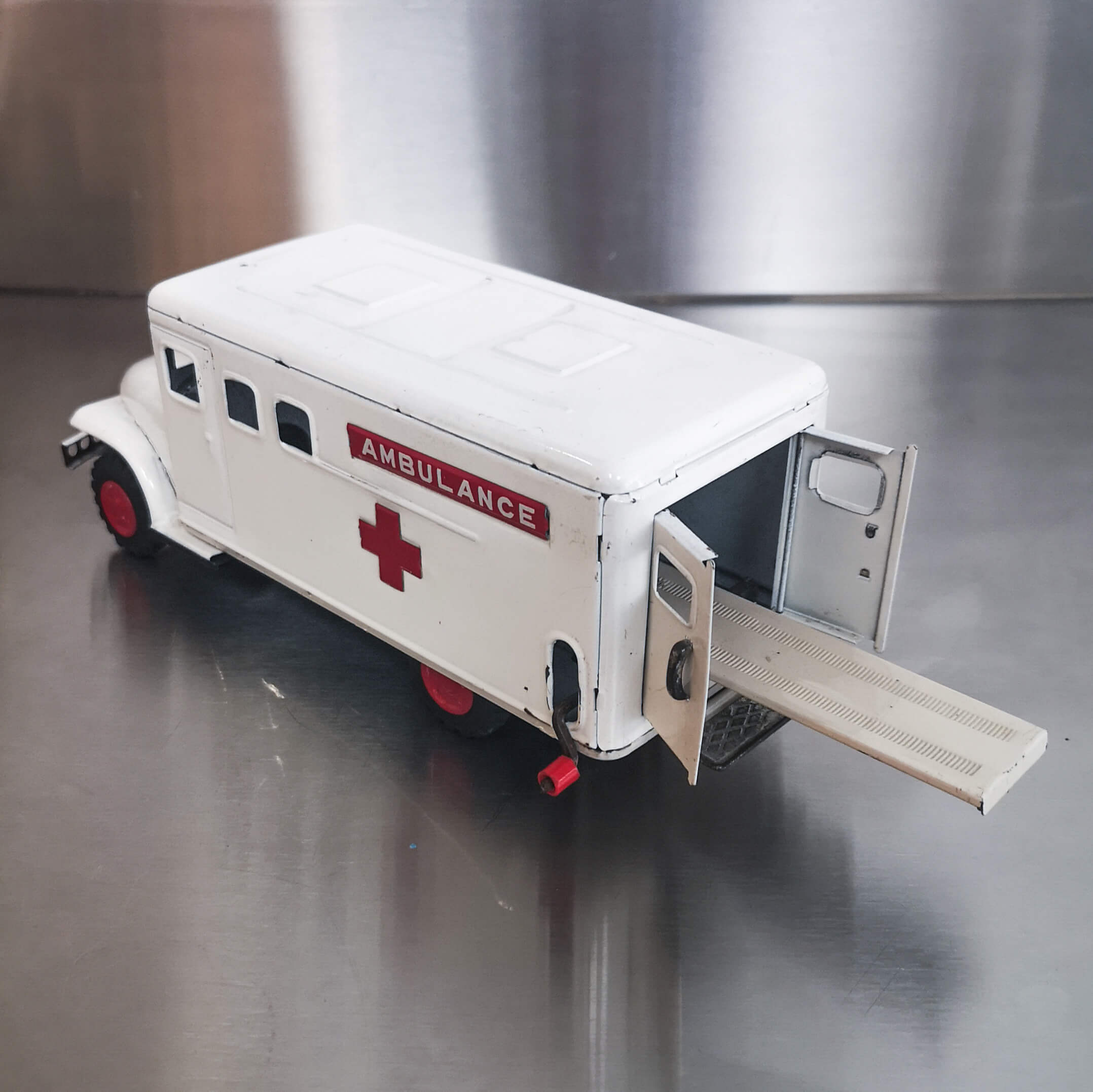 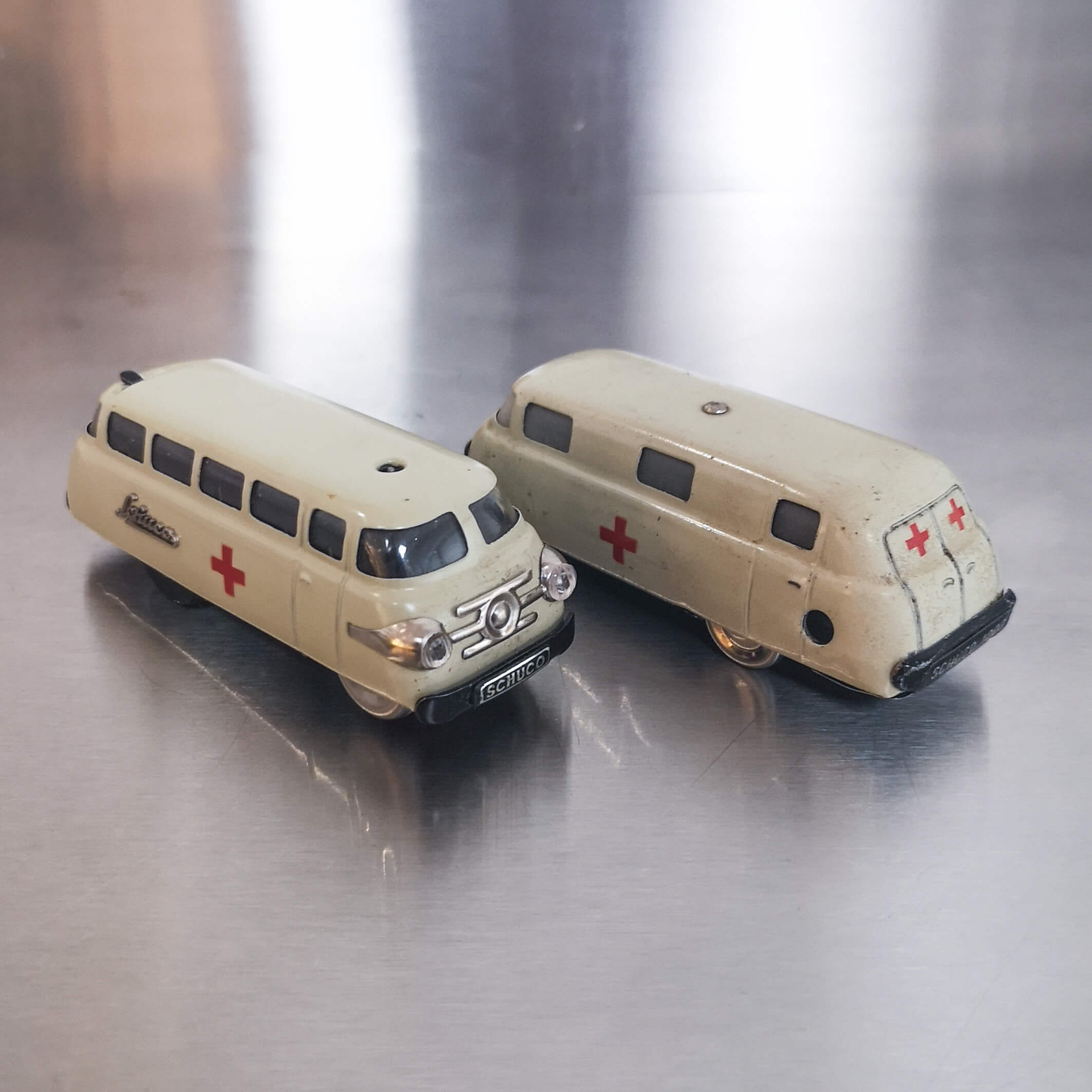 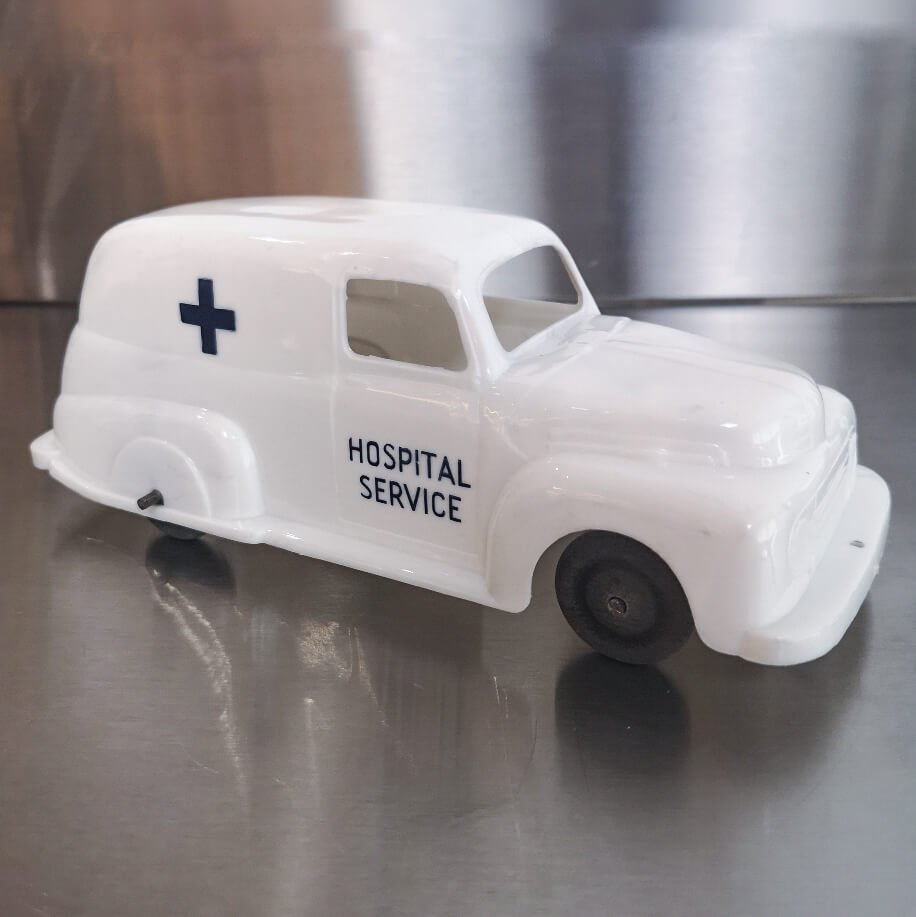 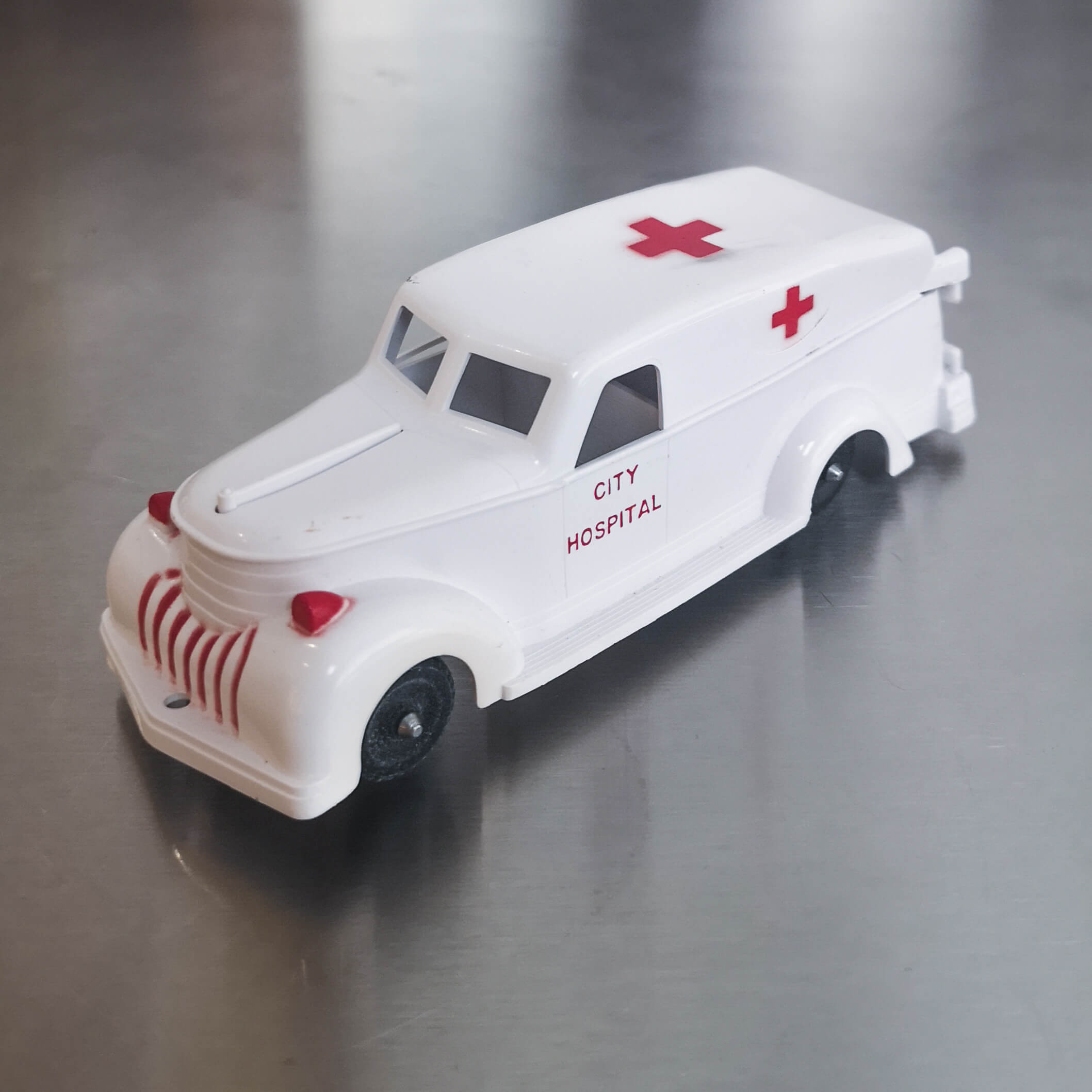 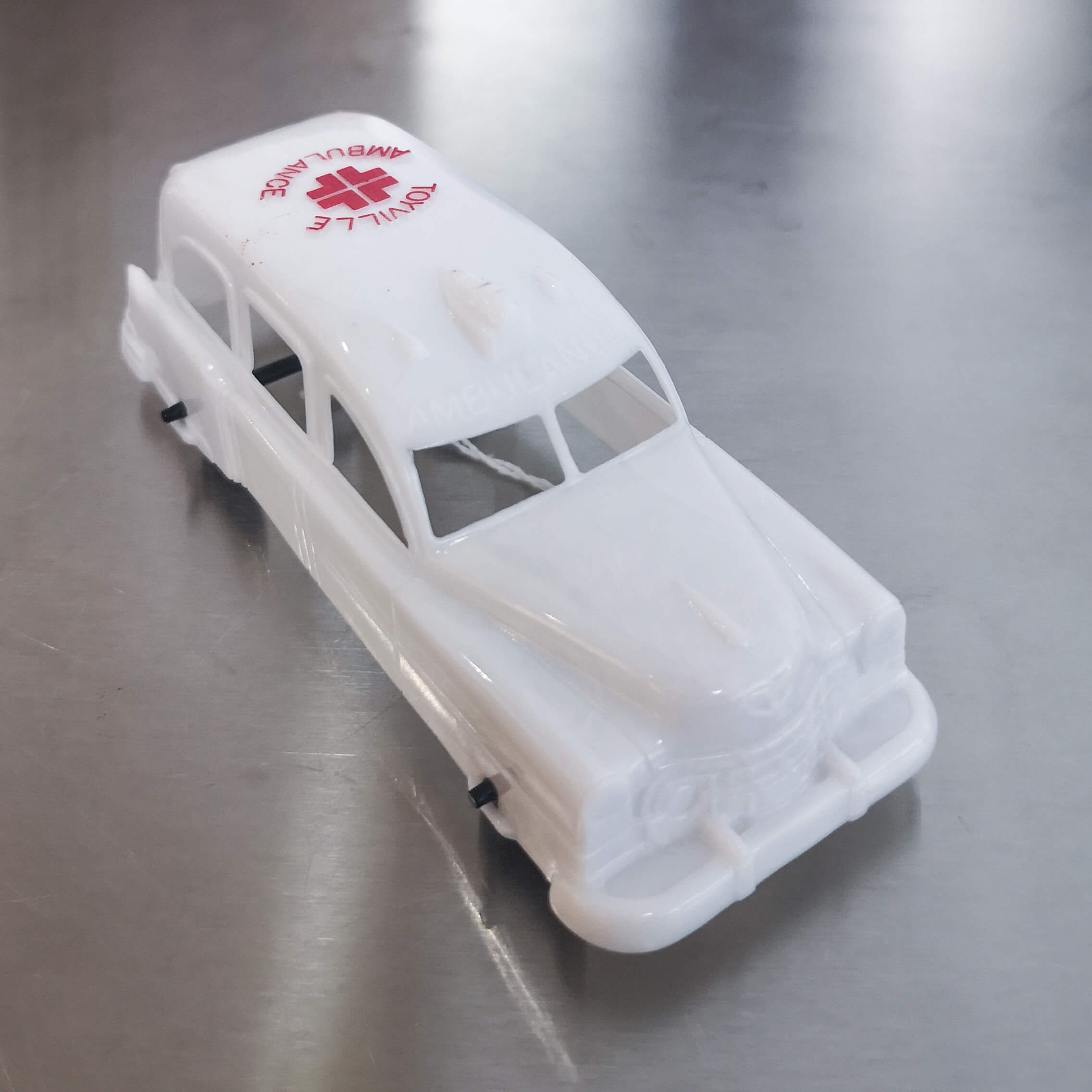