Coca-Cola, Pepsi, 7-Up… These fizzy beverages have become iconic symbols of American culture – not only through their own real or perceived merits, but through decades of strategic advertising and merchandising.

Seemingly omnipresent, soda-pop marketing campaigns have inserted their products into various aspects American life: from family picnics and sunny days at the beach to snowy Christmases with Santa Claus; from the early 20th century temperance movement and WWII-era patriotism to 1960s-70s anti-establishment culture and peace movements. If it’s culturally relevant, you will find soft-drink companies staking a claim to that relevancy.  In this way, these products have come to mean more than just the sugary, carbonated beverages that they are – by association, they can represent nostalgia, hope, youthfulness, good times with friends and family, connecting with strangers, taking a well-earned break, etc.

Furthermore, people are prone to forming emotional attachments to brands, which includes not only their products but also their logos, aesthetics, and the ideals that they symbolize.  Naturally, this will lead some people to begin collecting related merchandise, advertisements and other paraphernalia.  And there is no shortage of such items. Soft drink companies put their logos on all sorts of promotional merchandise throughout the 20th century: clocks, lamps, coolers, thermometers, calendars, serving trays, door pushers… the list goes on (and includes toys!). Toys such as miniature vending machines, soda fountains, trucks and other vehicles emblazoned with soda-pop logos (some licensed and some unlicensed) have been appearing since around the 1940s.

Once these various items started to become sought after by collectors, companies began licensing products to be produced specifically for the purpose of collecting (like  “Collector’s Edition” Matchbox cars). For example, the Coca-Cola collectors club (collector-run, not affiliated with the Coca-Cola company) was established in 1975.  Most of the items being amassed by collectors were either old or unofficial – and, therefore, not revenue-generating for the Coca-Cola company. The company realized they could capitalize off this urge to accumulate Coca-Cola branded merchandise, and soon after developed a licensing program that allowed them to control and profit from collectibles.

We have a number of  such items in the collection here, including vending machines, coolers, promotional items, and, of course, toys.  Plus, check out some of the soda-pop branded toys we currently have available in the shop here. 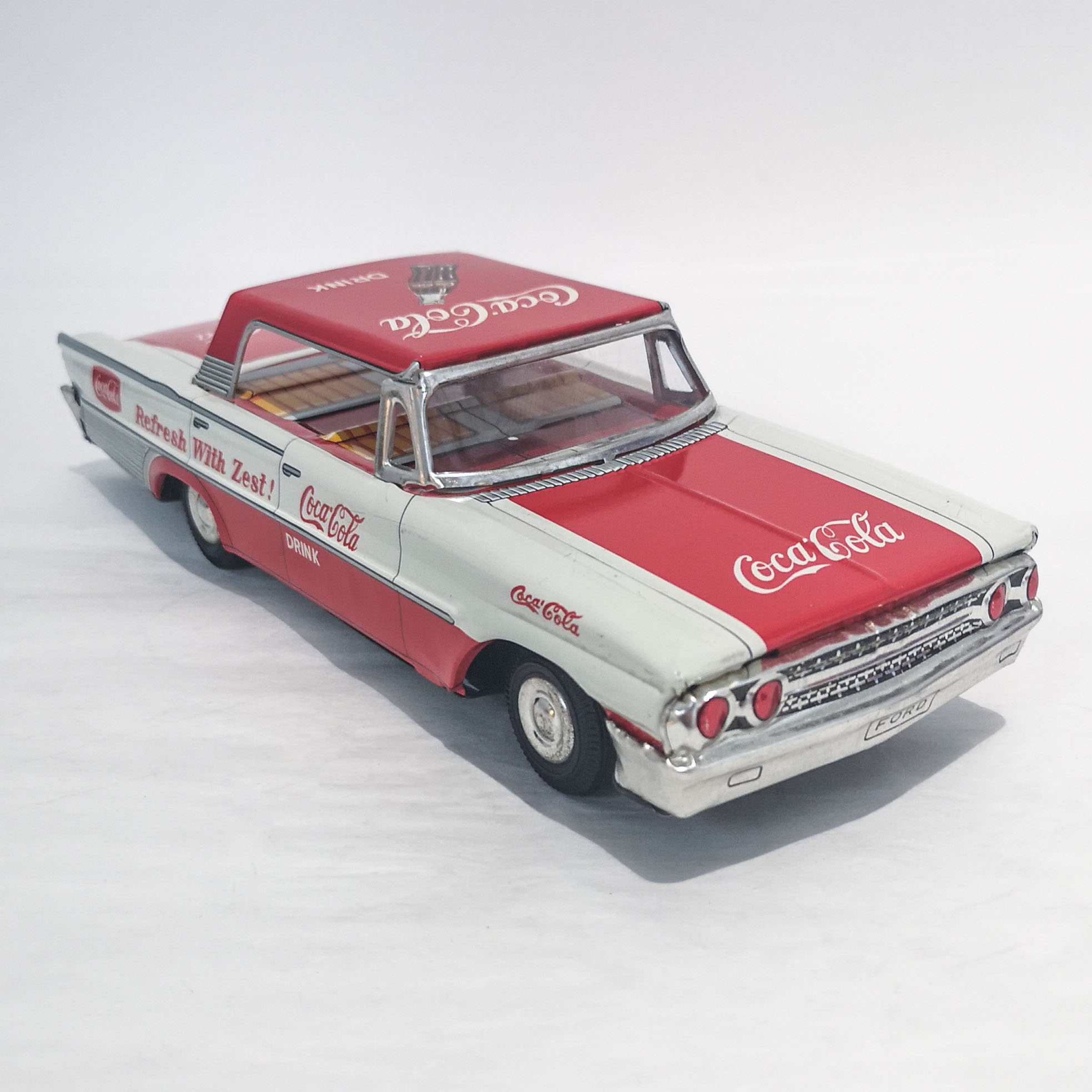 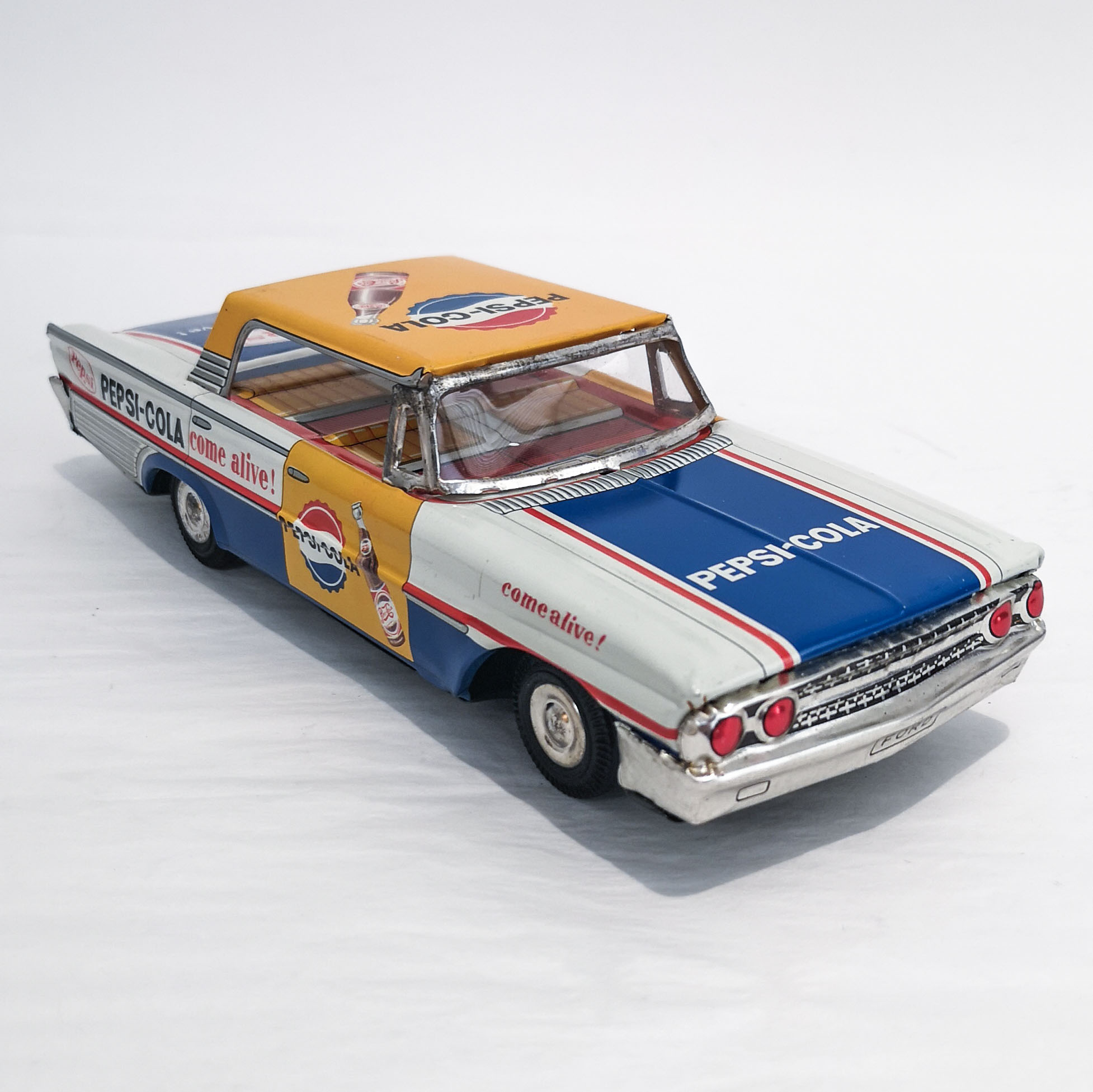 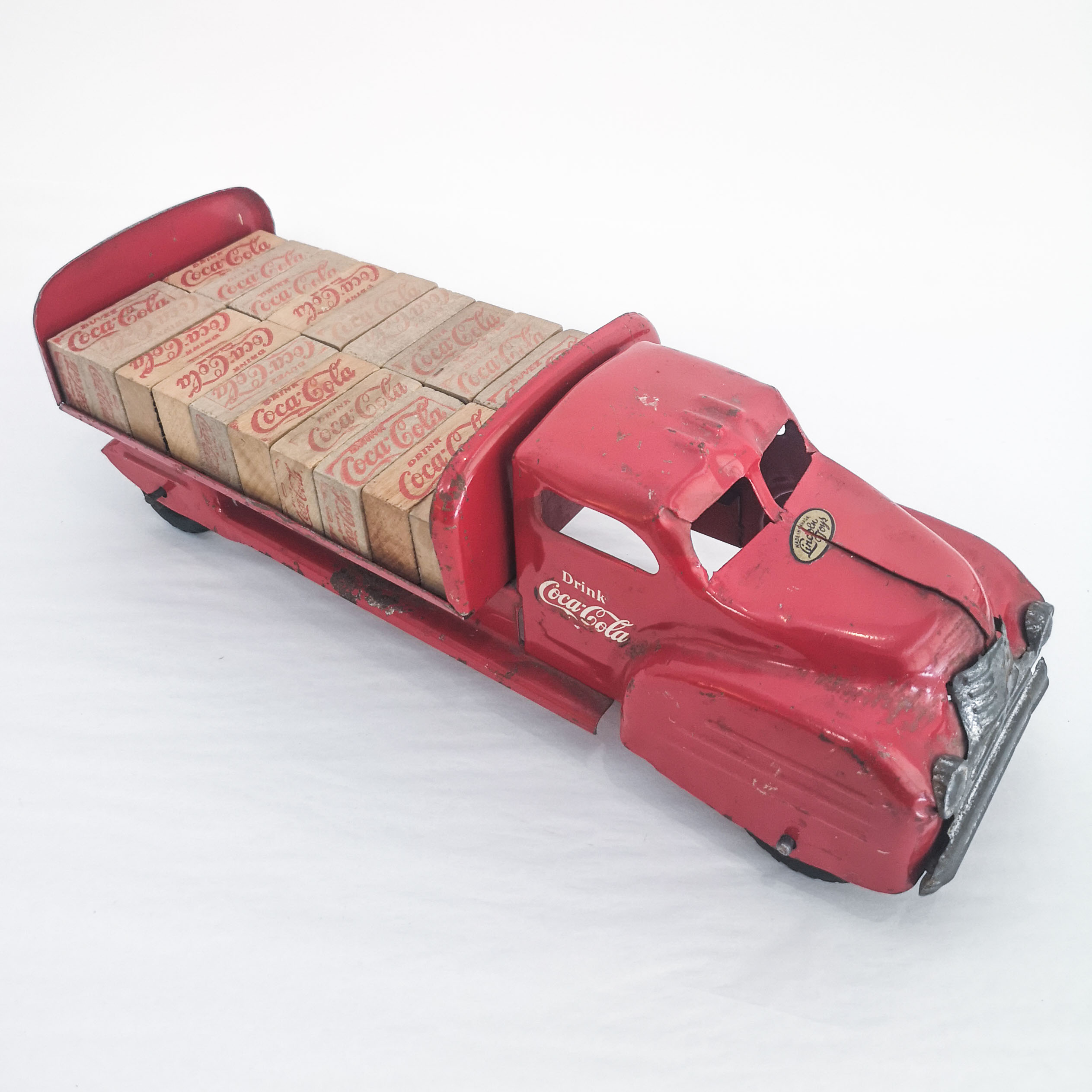 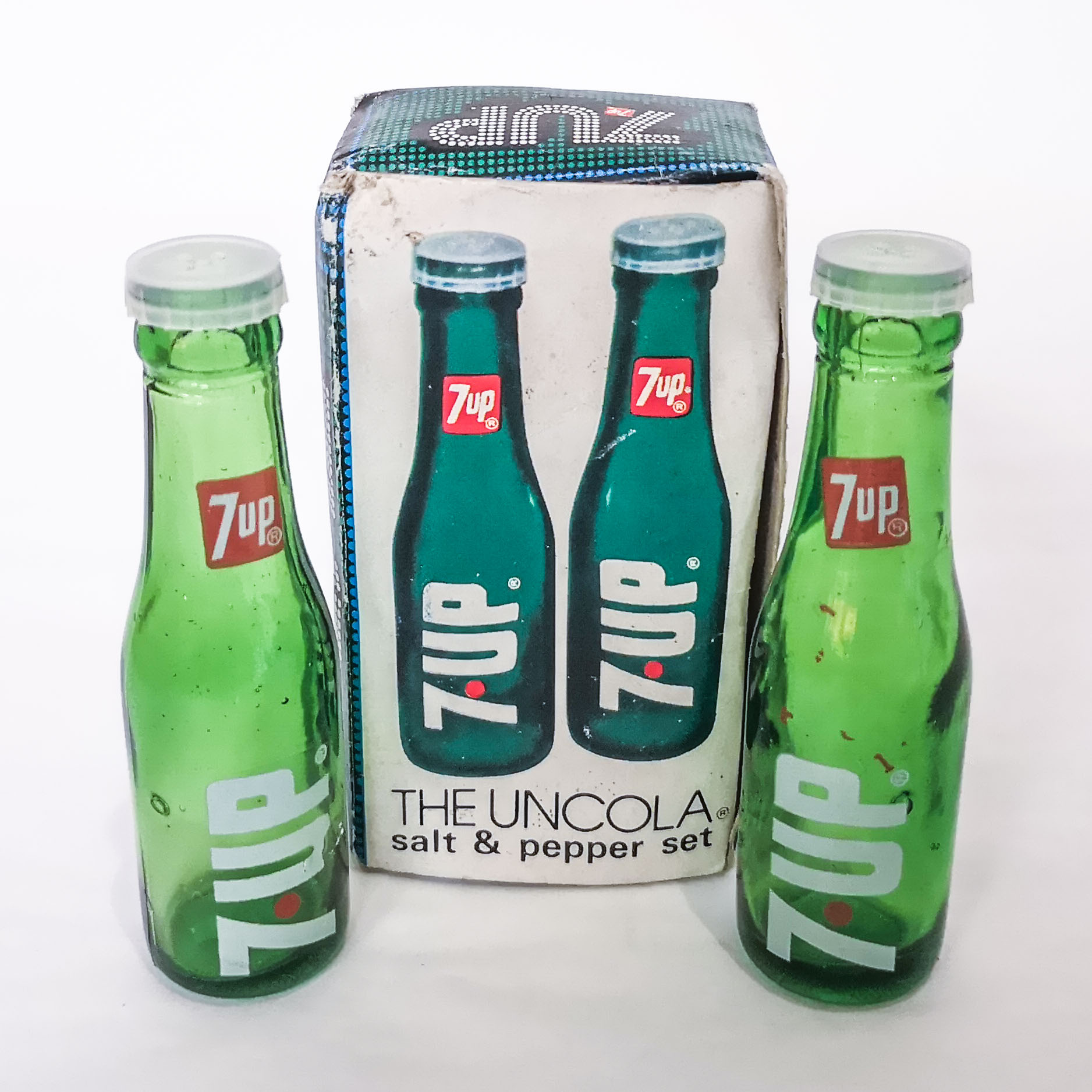 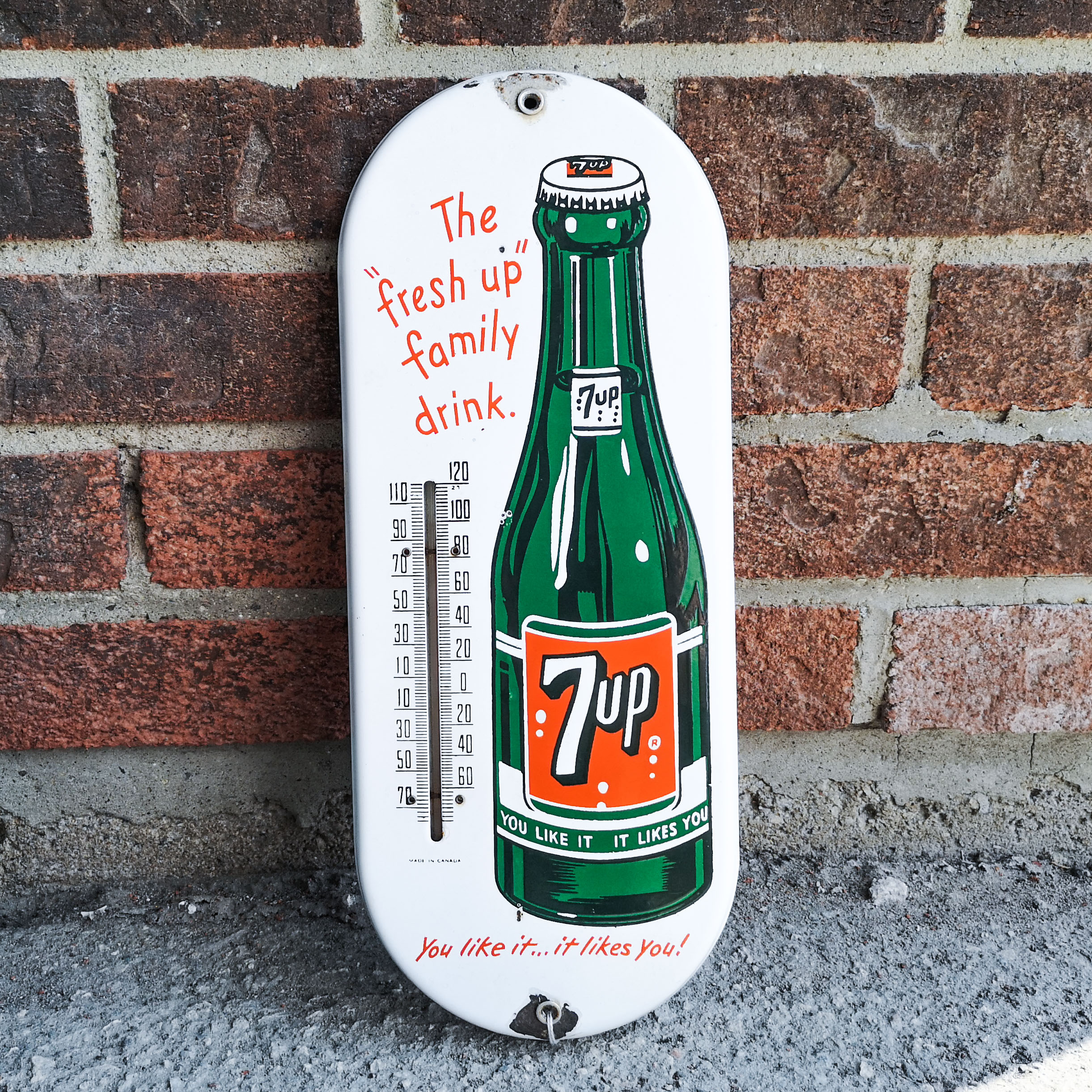 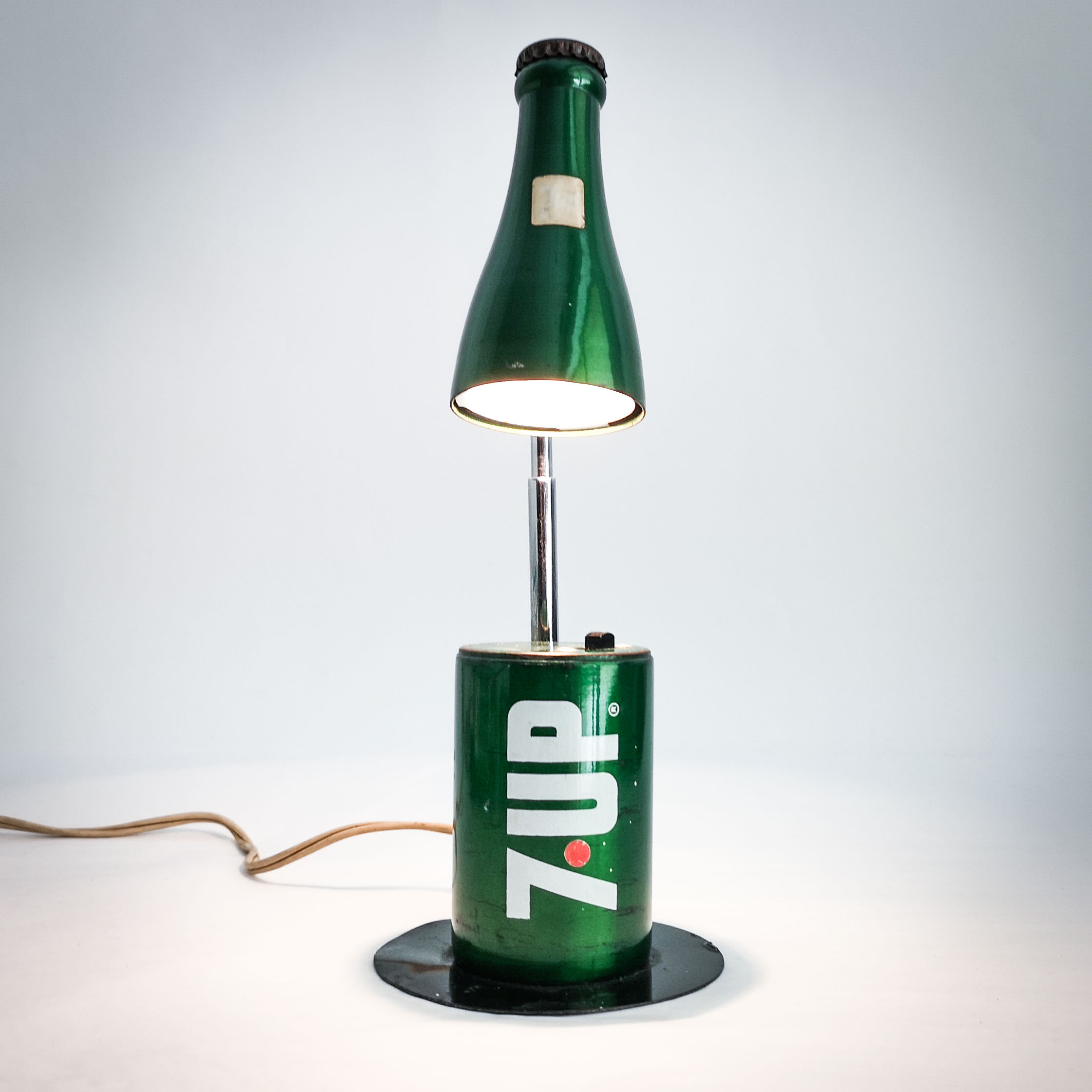 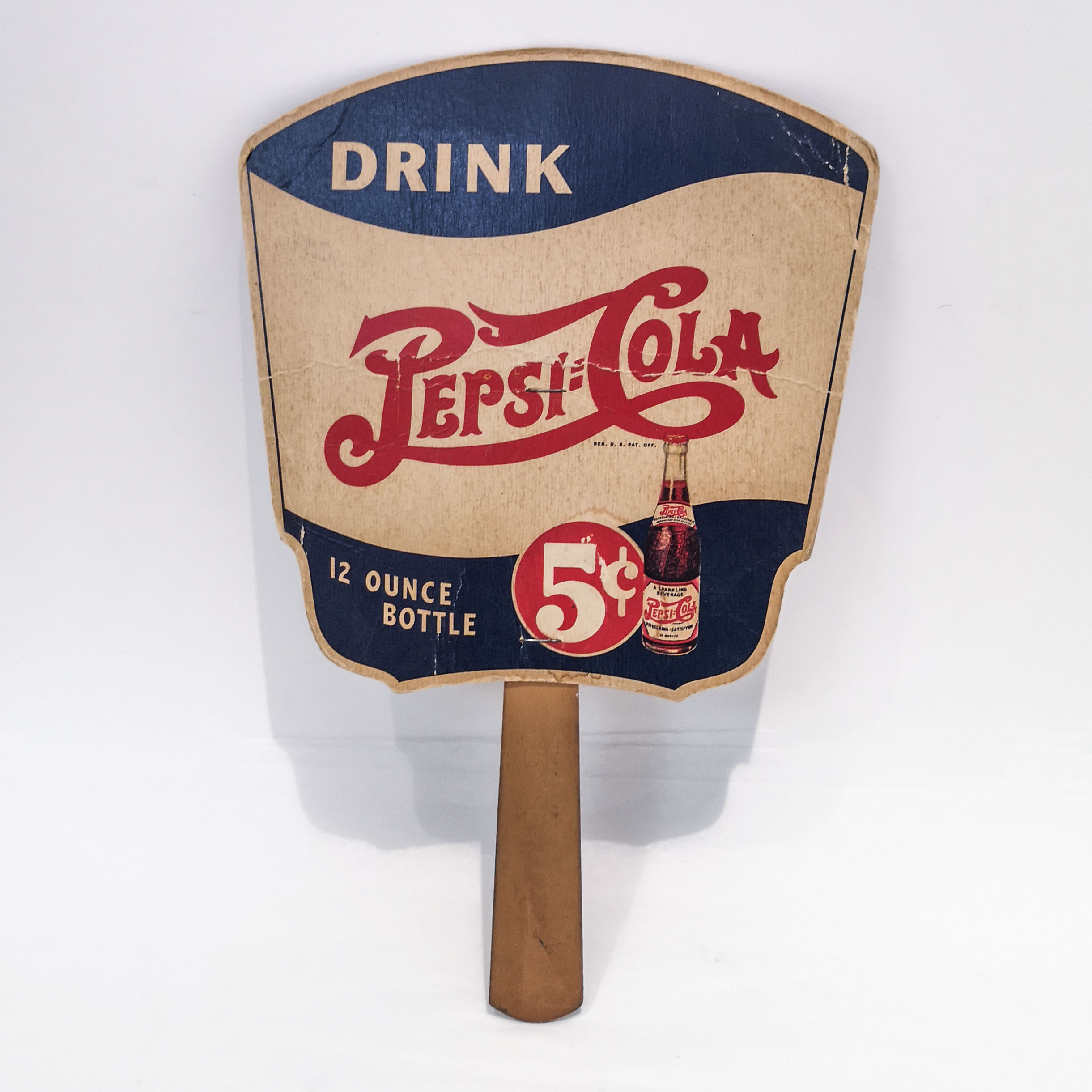 Pepsi-Cola advertisement fan, cardboard, 11" tall. Manufactured by Pepsi-Cola. Made in the USA c.1940. 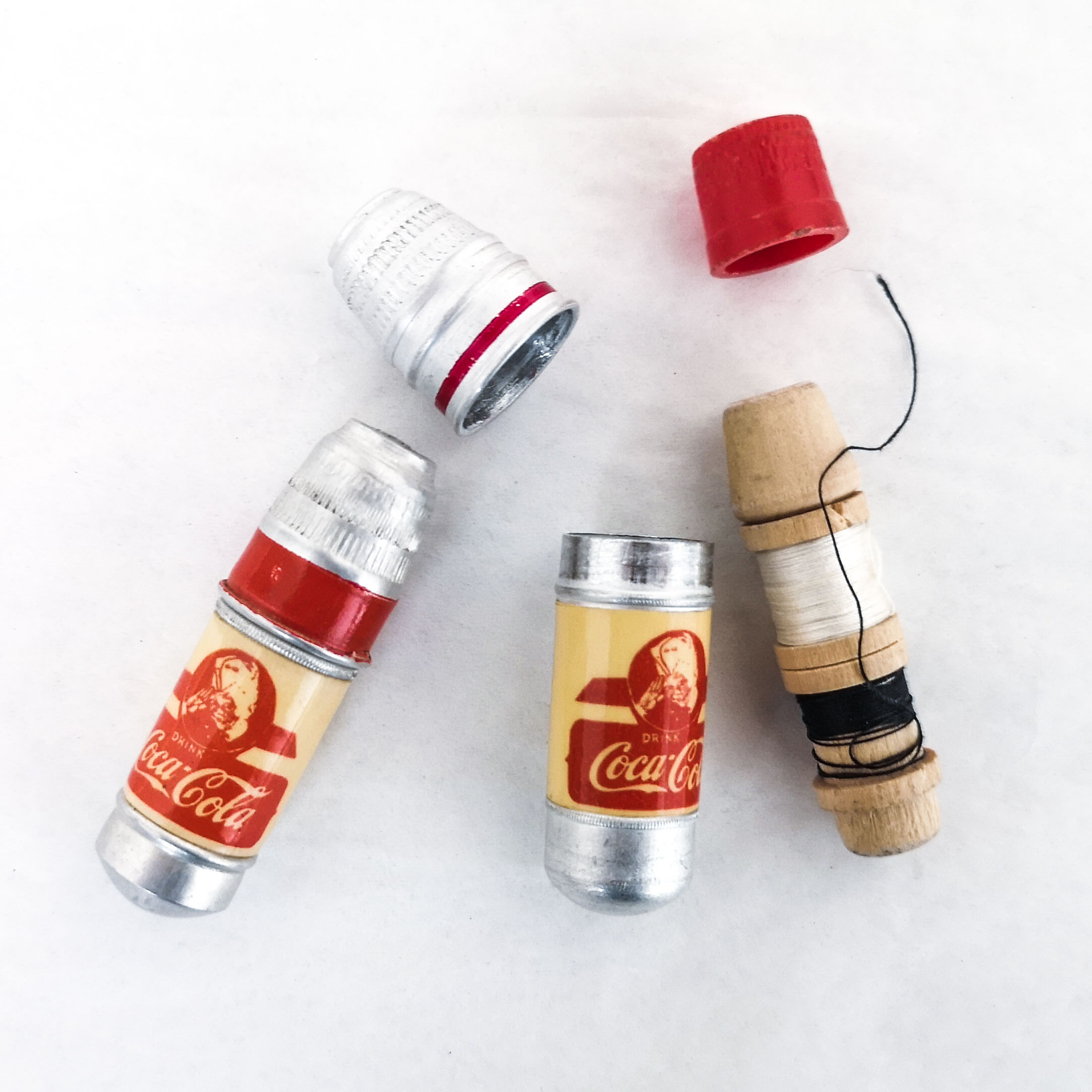 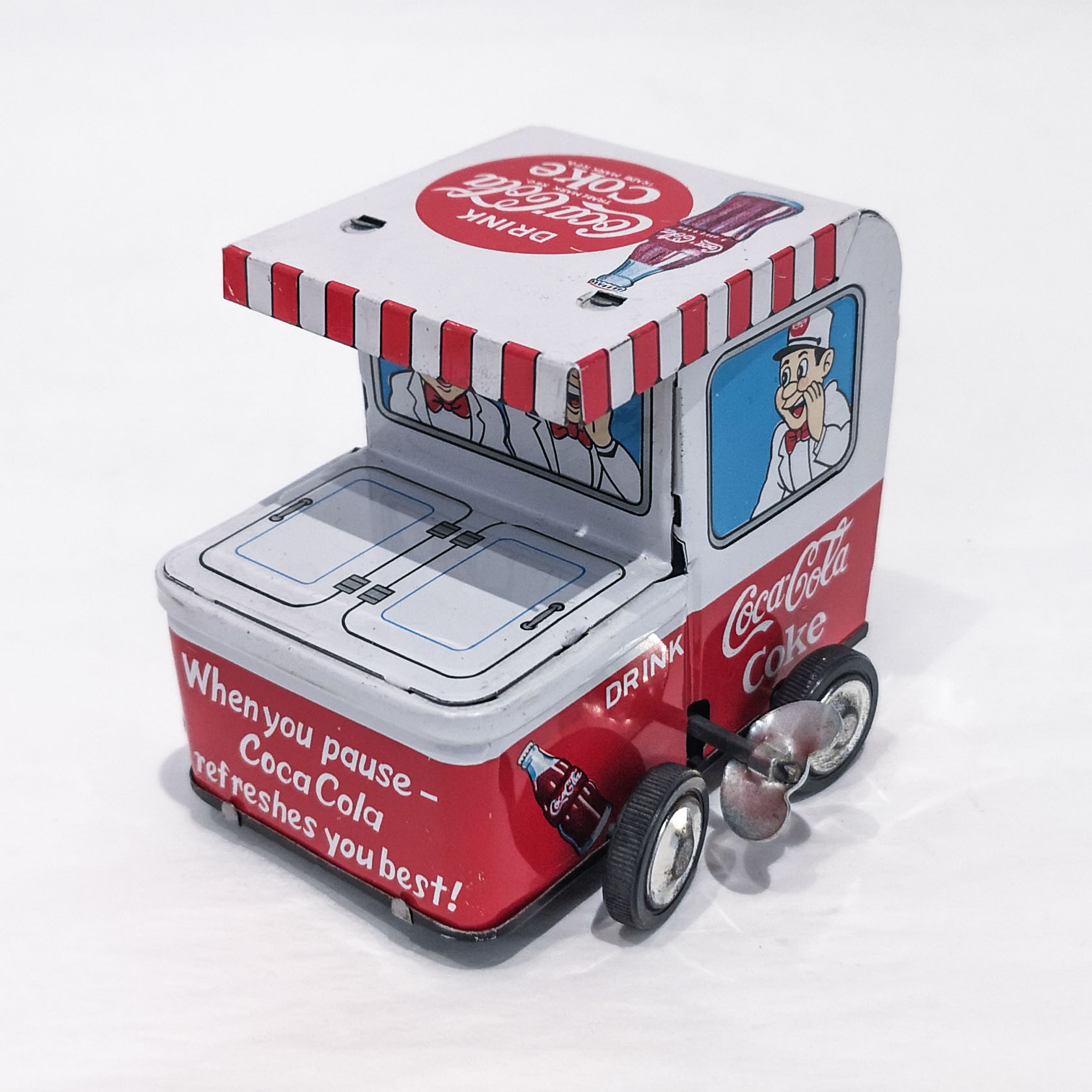 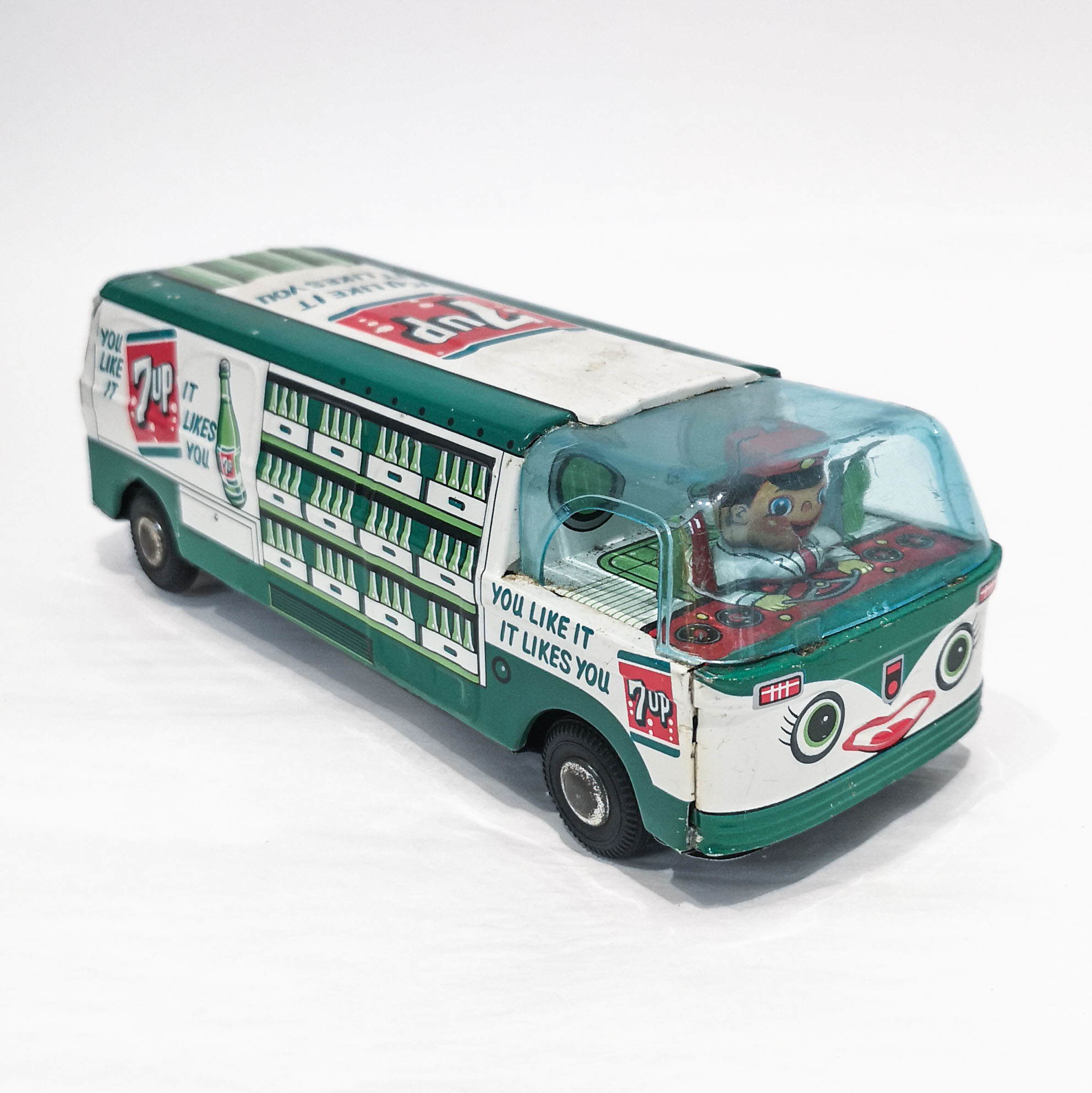 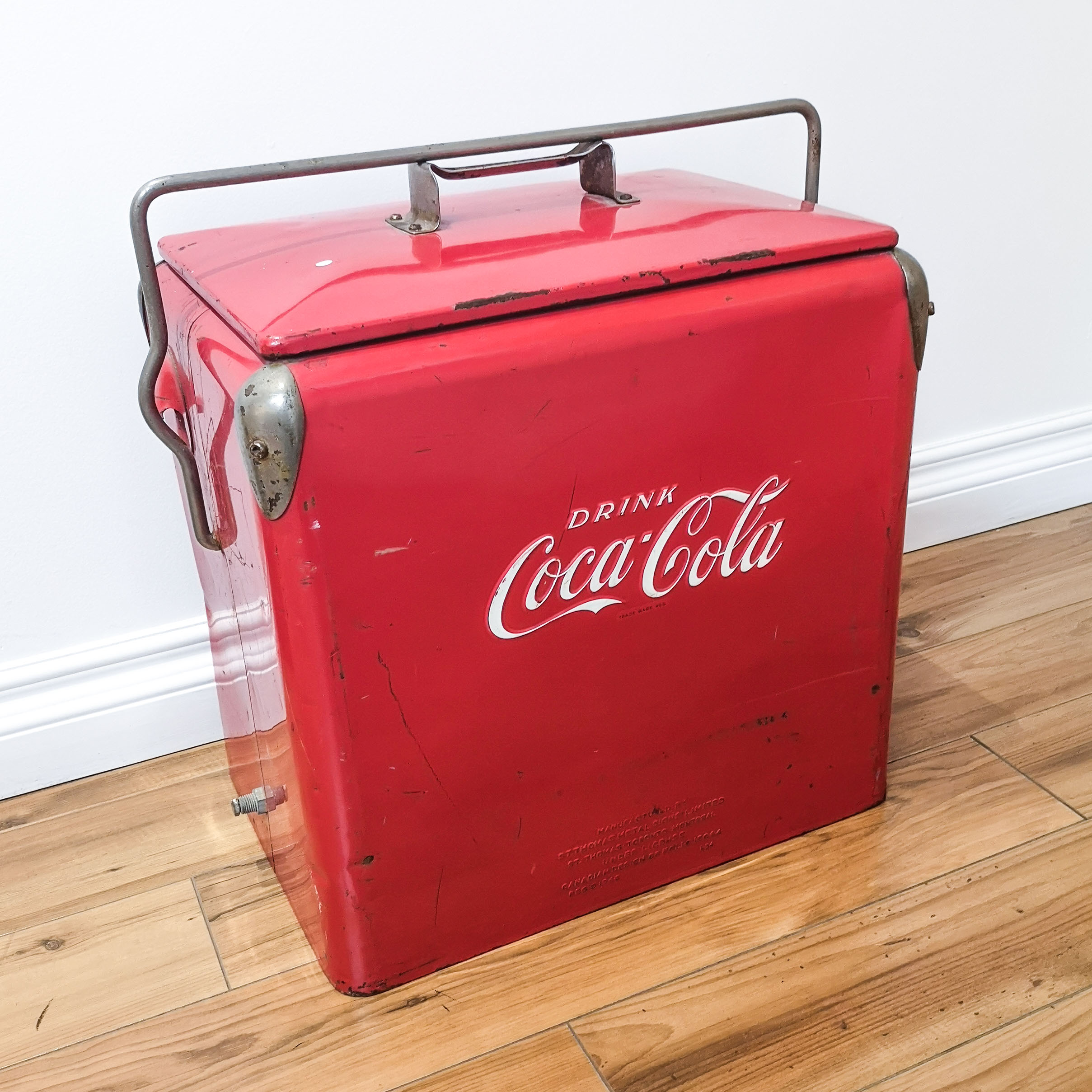 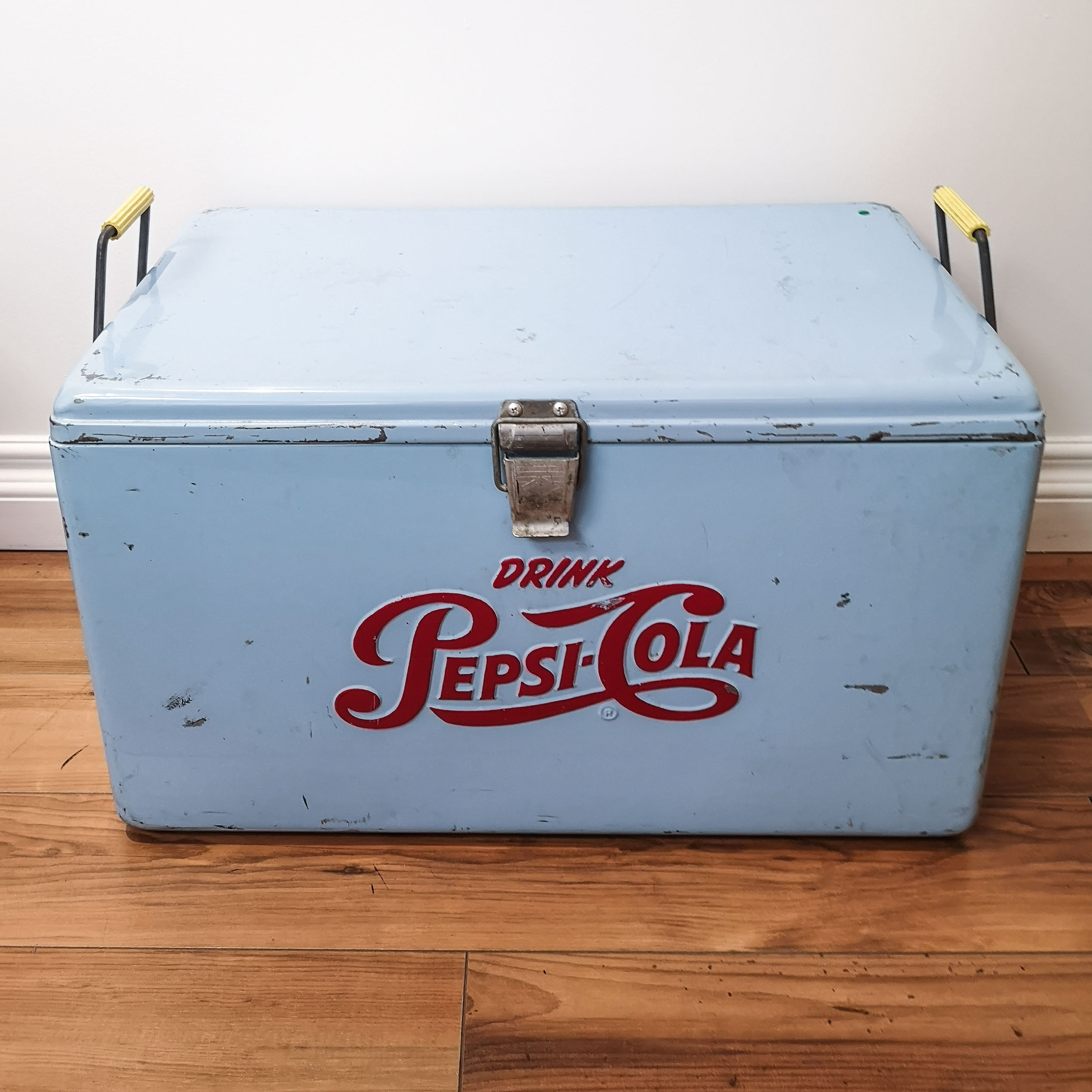 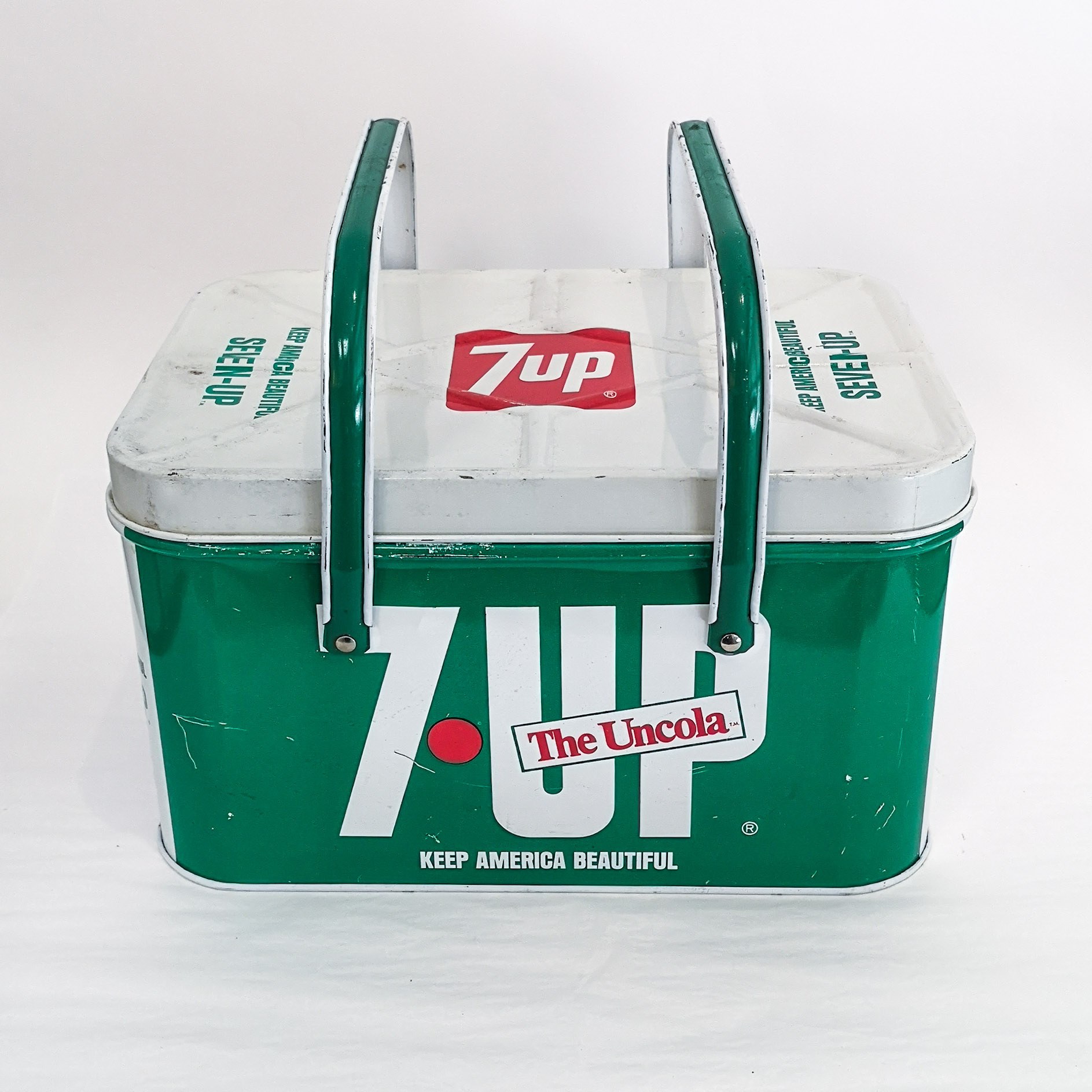 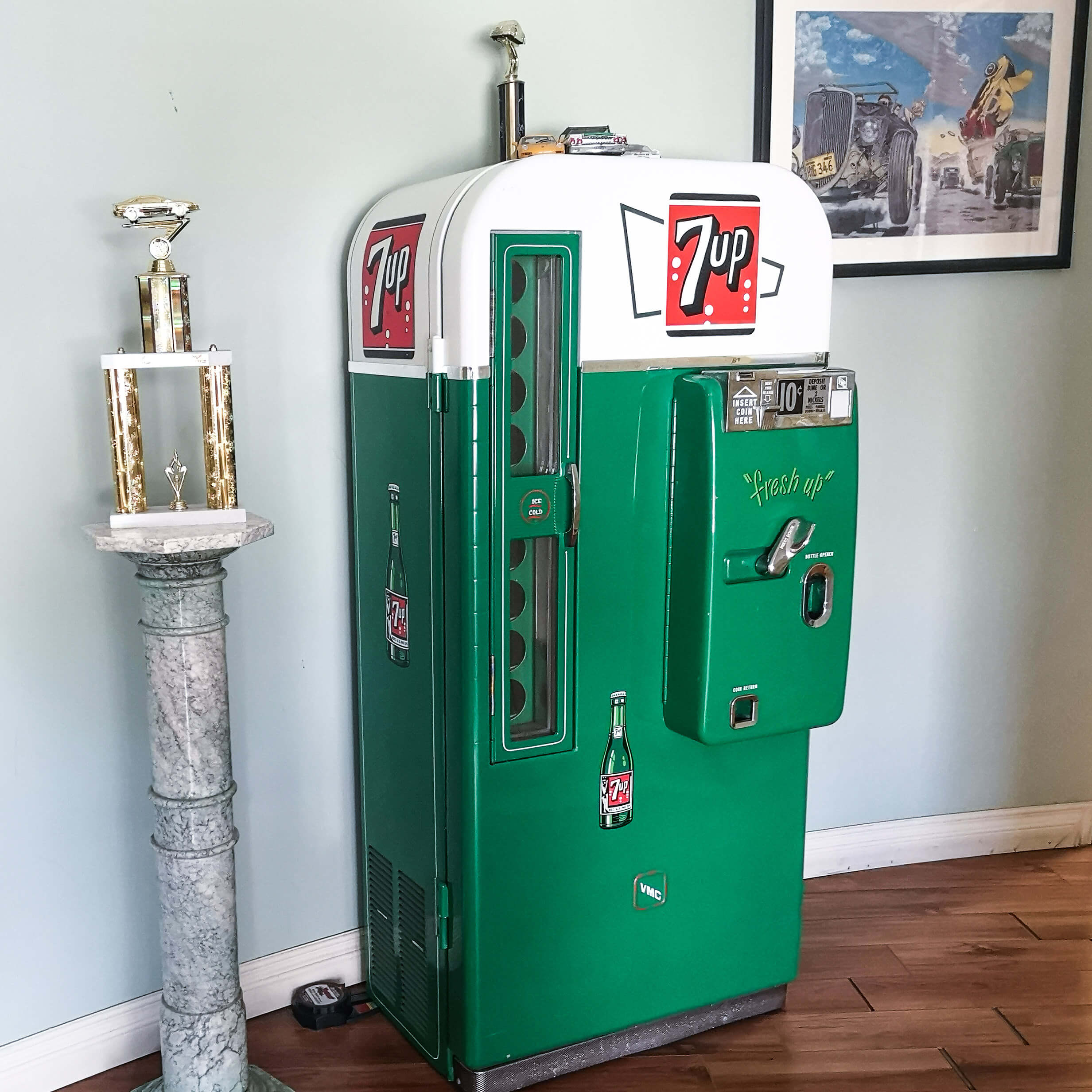 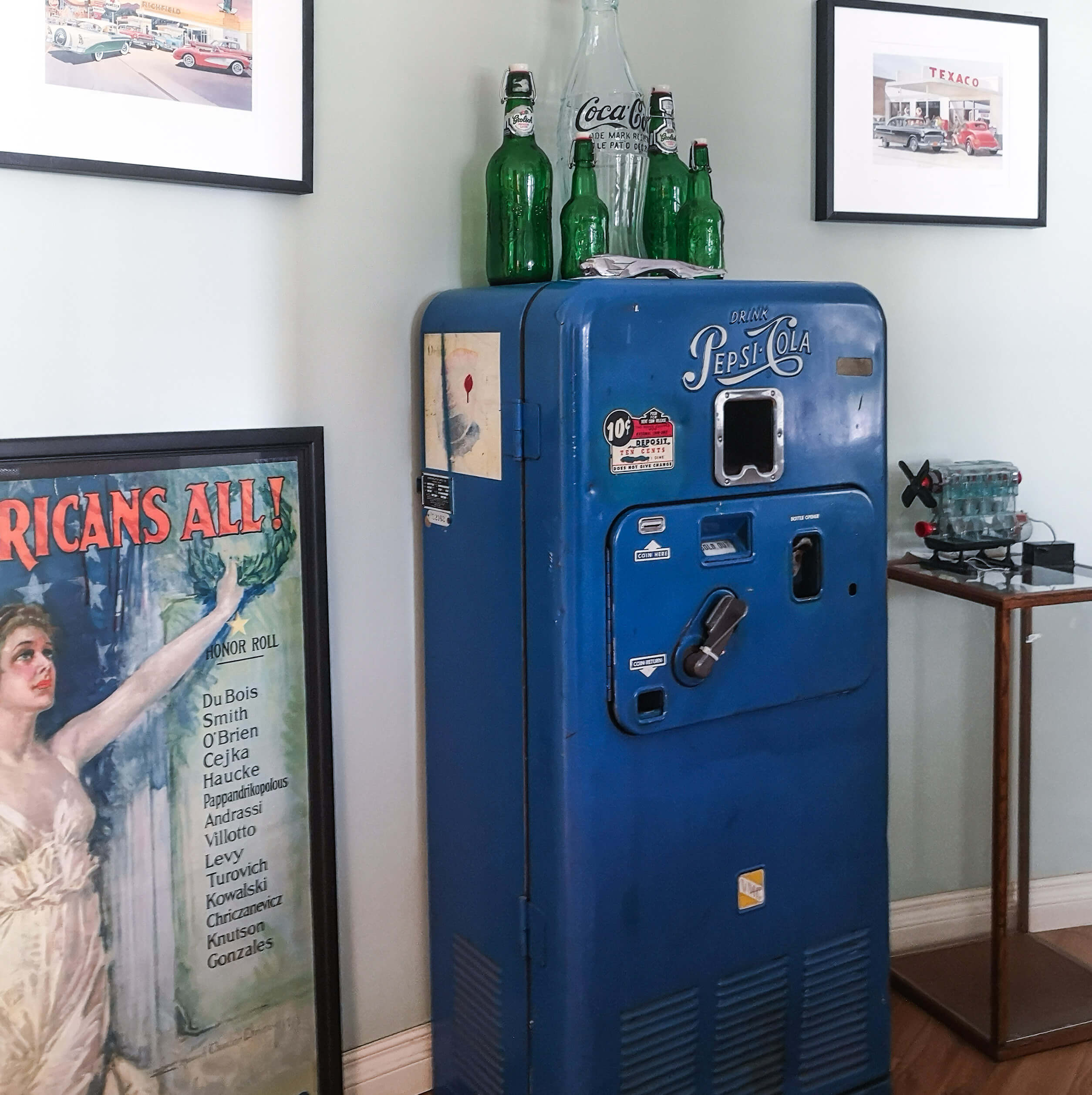 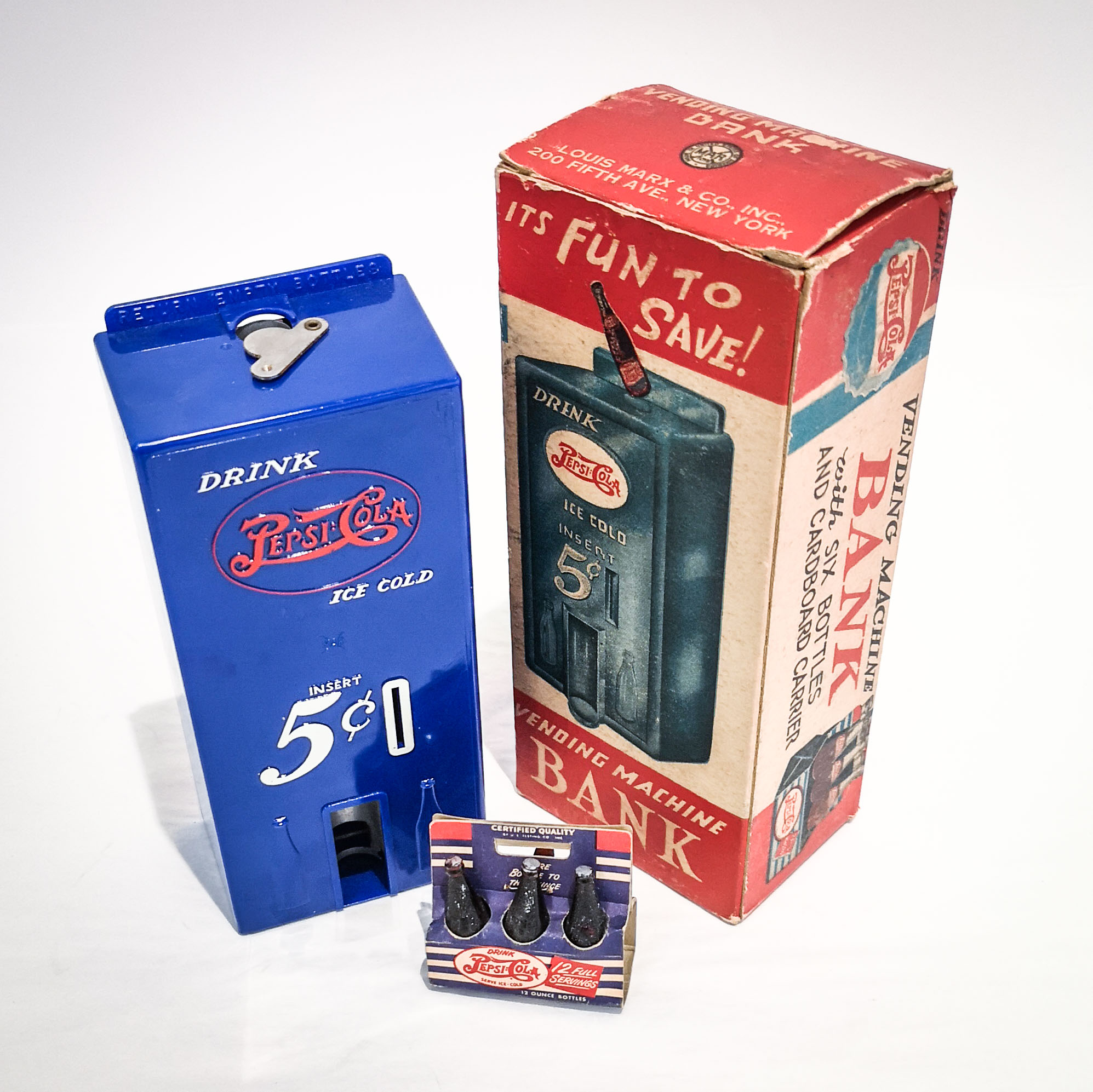 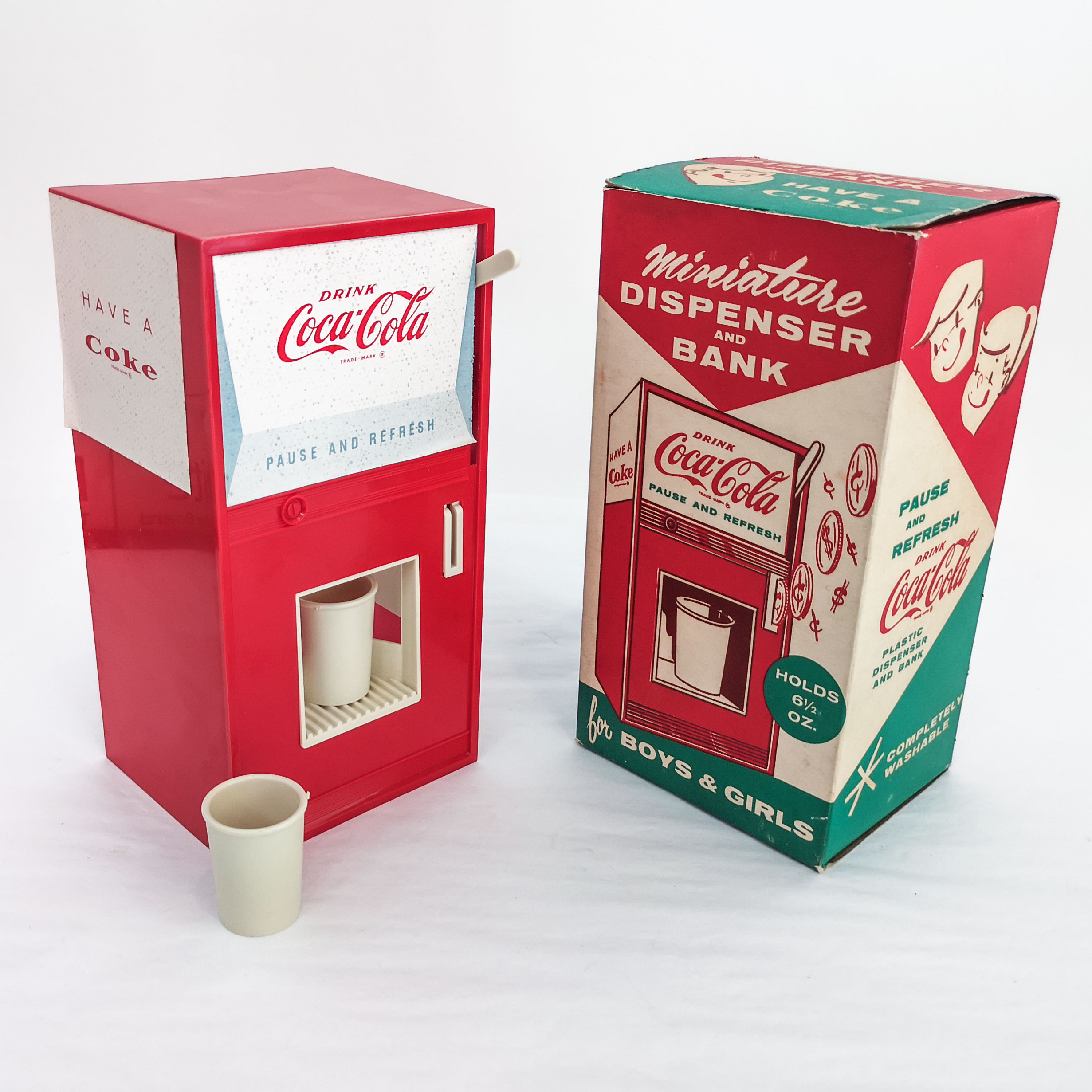 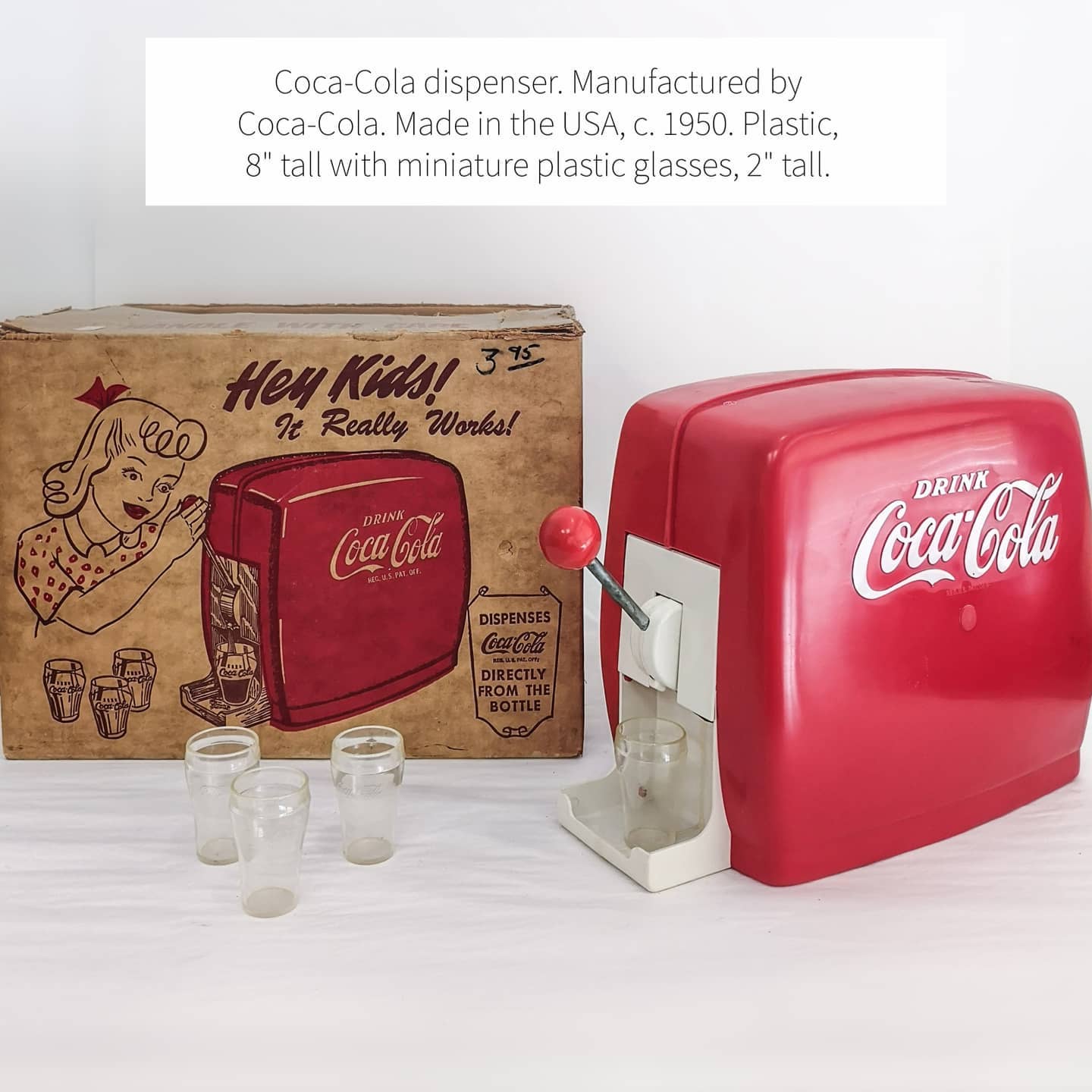