Vintage Dollhouses: a brief history of miniature houses and why we love them

All steel/tin-litho Dollhouses are now on sale!
Shop Now
Uncategorized

While dollhouses may seem like timeless childhood playthings, this hasn’t always been the case – when they first emerged in the 17th century, they weren’t designed for children or playing!

Intended to impress and entertain guests (like Wunderkammer or cabinets of curiosities) the first “miniature houses” or “cabinet houses”, as they were called, belonged to wealthy people in 17th century Germany, Holland and England.   They were usually built in cabinets with hinged front doors (like a china cabinet), divided into floors and rooms that contained expensive miniature household objects, décor, and furniture. Then in the 18th century, it became popular for English elites to commission small-scale replicas of their own houses, with exact copies of all the inner rooms and furnishings, which they called “baby houses”.

While these miniature houses were the domain of upper-class adults, “Nuremburg Kitchens” (miniature dioramas of household kitchens) were given to little girls as far back as the 16th century. Their purpose was supposedly to teach young, future housewives about managing a household, but these tiny worlds would have captured the imagination of little children would have ultimately become playthings.

Fast forward to the 20th century, when mass-production, mail-order catalogues, and the rise of department stores bring dollhouses into the mainstream for middle-class children. Plastic dollhouse furniture was catching on in the 1940s, and after WWII it became the go-to material for dollhouse furnishings.  Renwal and Ideal maintained leadership in the plastic dollhouse furniture market through the 1950s, but manufacturers including Plasco, Pressman, Marx, Reliable and others also enjoyed success during this period.

Steel (AKA tin-litho) dollhouses also gained popularity around the same time, first appearing in the late 1940s. This Woolworths advertisement from 1948 features Renwal plastic furniture sets alongside one of the earliest steel dollhouses, this Playsteel Federal-style dollhouse, manufactured by the American Can Co.  Marx, T.Cohn, and others also made steel dollhouses, the most popular being “Colonial” styles and split-level ranch. 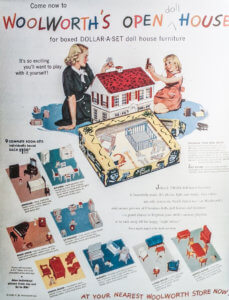 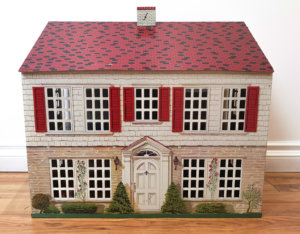 Dollhouses have traditionally been designated as “girls’ toys” because of the feminine classification of roles within the domestic sphere. Yet even for men and boys who were not socialized to like dollhouses, many are still drawn to the miniature: trainsets, scale model cars with tiny gas stations and garages, Lego sets etc. We love tiny things and miniature worlds – but why?

In the vast and chaotic world that we live in, the miniature feeds our need for order. We see a representation of our world reflected back at us, only better and more controllable.  They allow us to be creative, constructing our own perfect little universe, over which we reign supreme.  As adults, we still crave this idealized place to escape to, to control and create order – maybe even more so than we did as children!

Why else? The miniature is simply aesthetically pleasing. We love details. An opening drawer in a bedroom dresser or a fire escape on the outside of a building are functional features on full sized objects and structures, but replicated in miniature they become exquisite little details that we delight in.

The miniature also helps us understand things. Scaled down models can teach us about how larger systems or machines function, how historical buildings or places used to look, how a future building or place is planned to look, etc. Roman poet and philosopher Lucretius once observed, “A small thing may give an analogy of great things, and show the tracks of knowledge.”

In short, miniature worlds of imagination, whether they be dollhouses and trainsets or models, are precious, magical spaces to be preserved and enjoyed by adults and children alike.

Thorpe, JR. “This Is Why You’re Obsessed With Tiny Things, According To Science”. Bustle, February 27, 2018. https://www.bustle.com/p/why-do-we-love-tiny-things-the-psychology-behind-it-is-complex-7763639 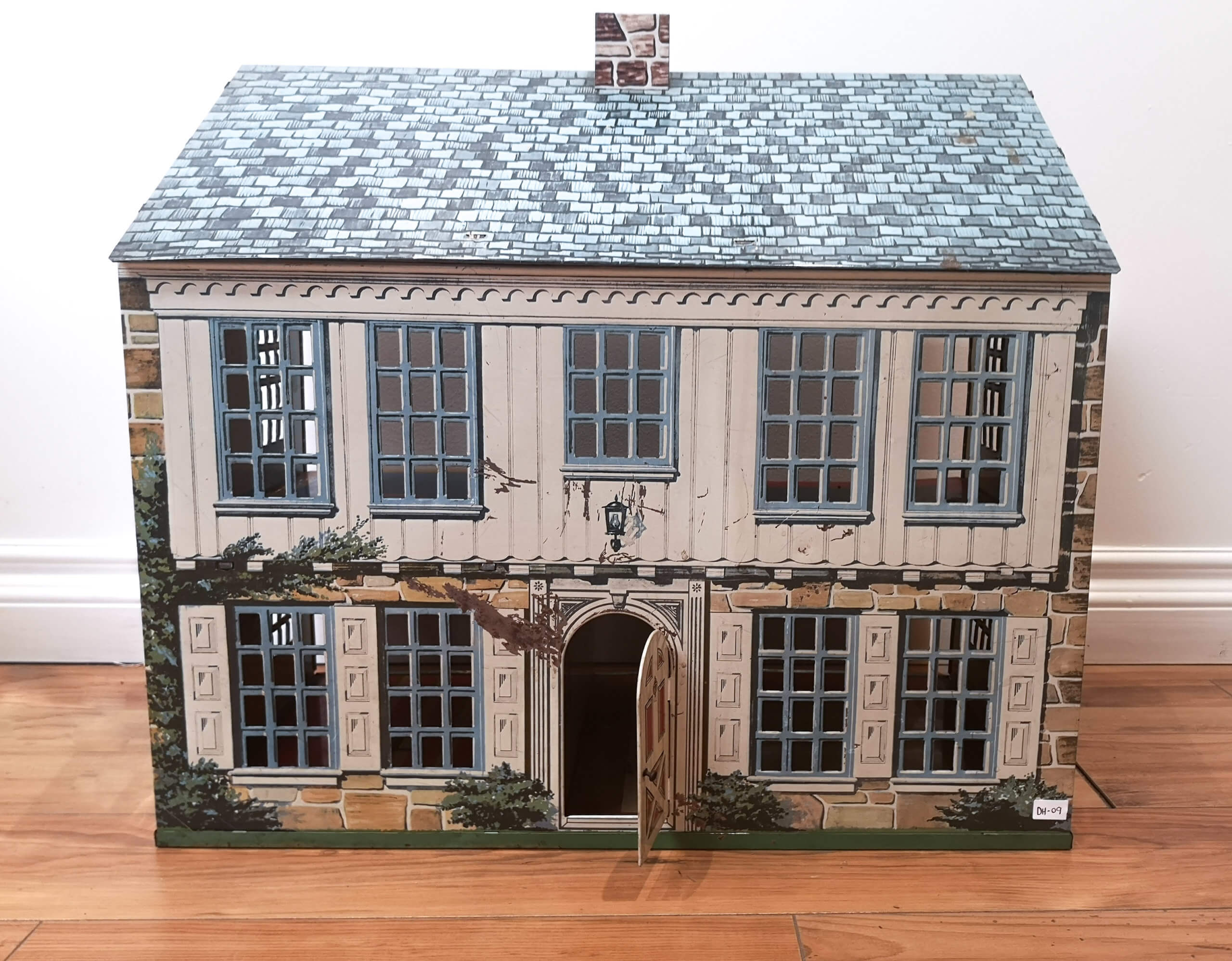 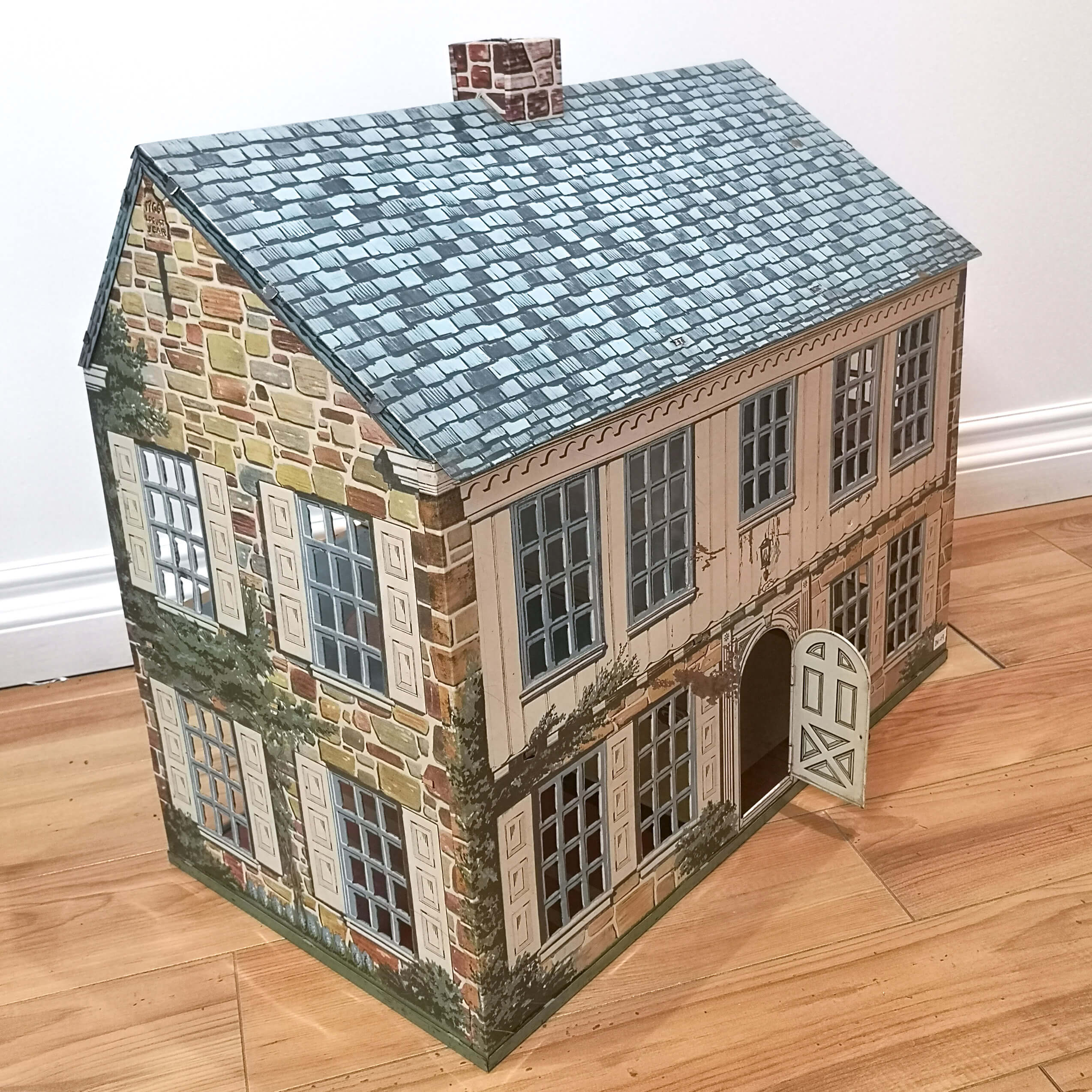 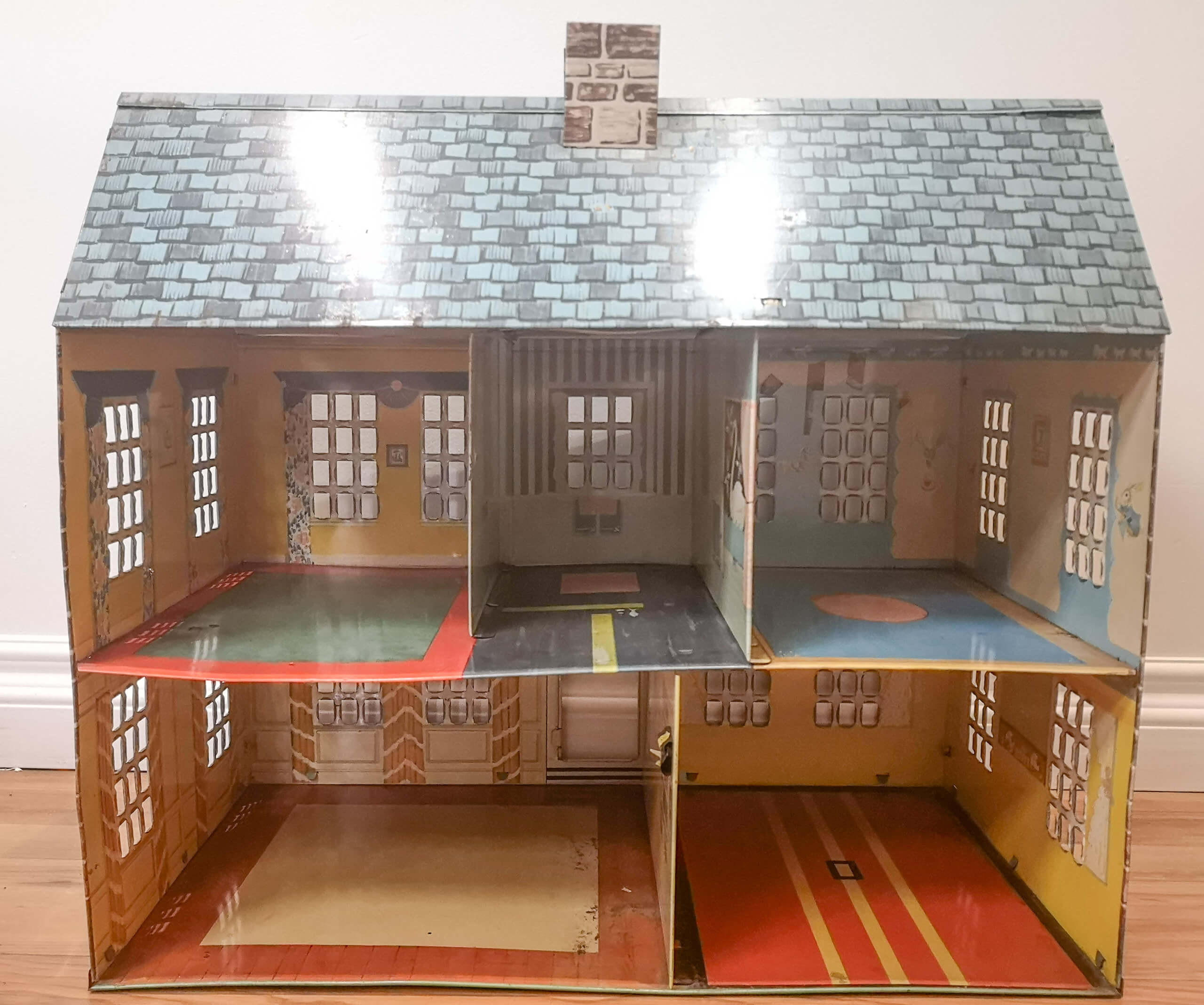 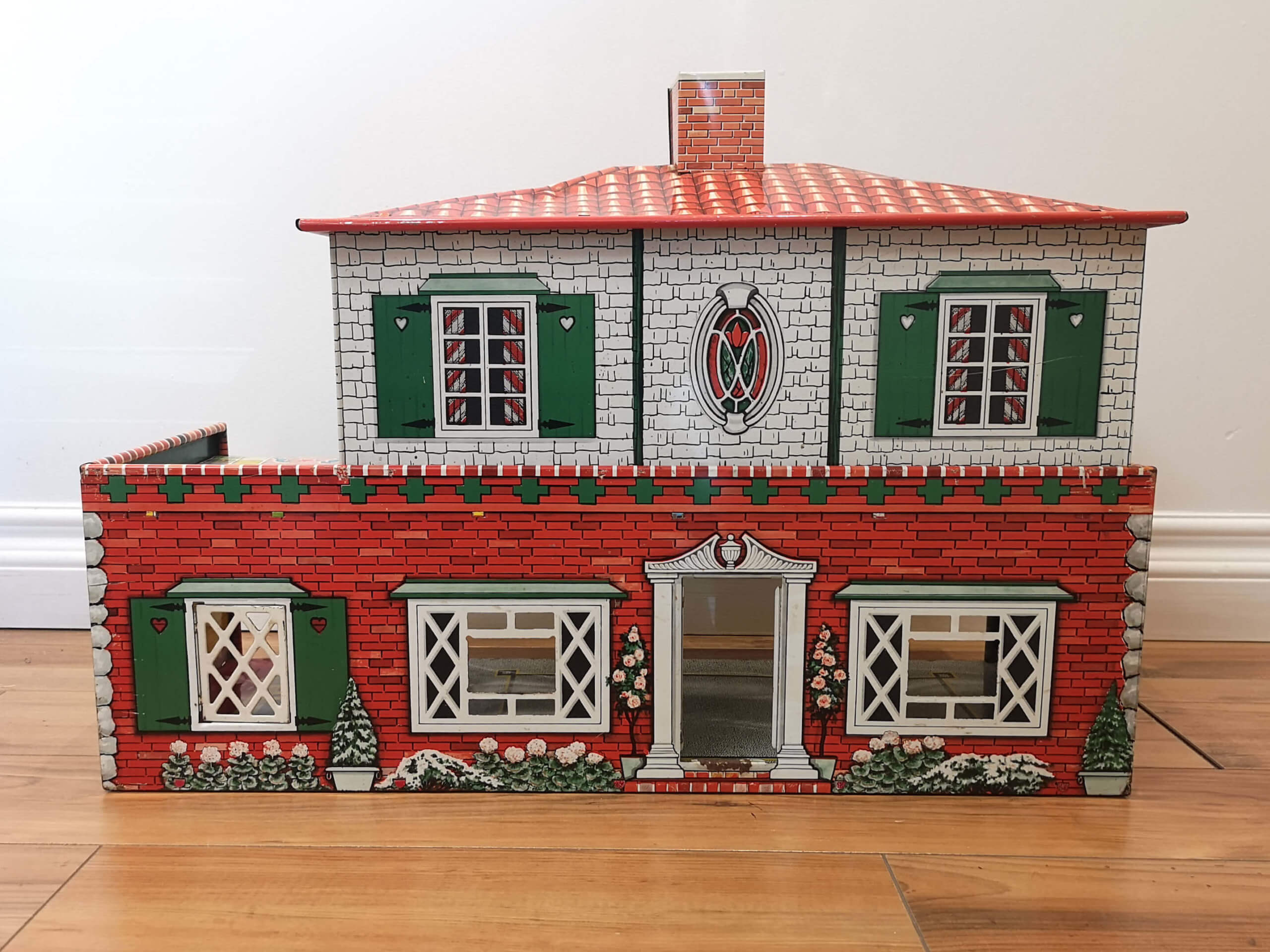 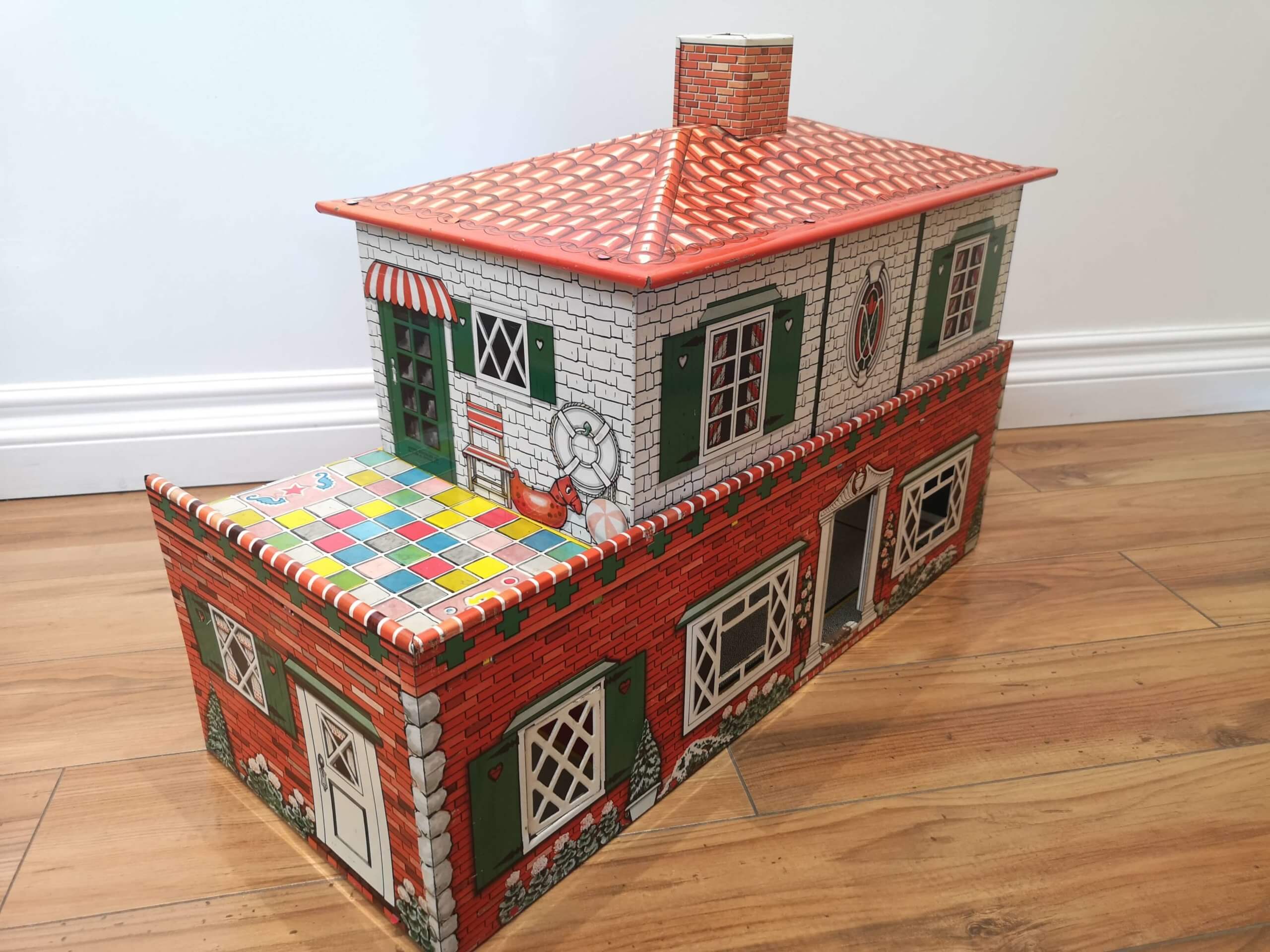 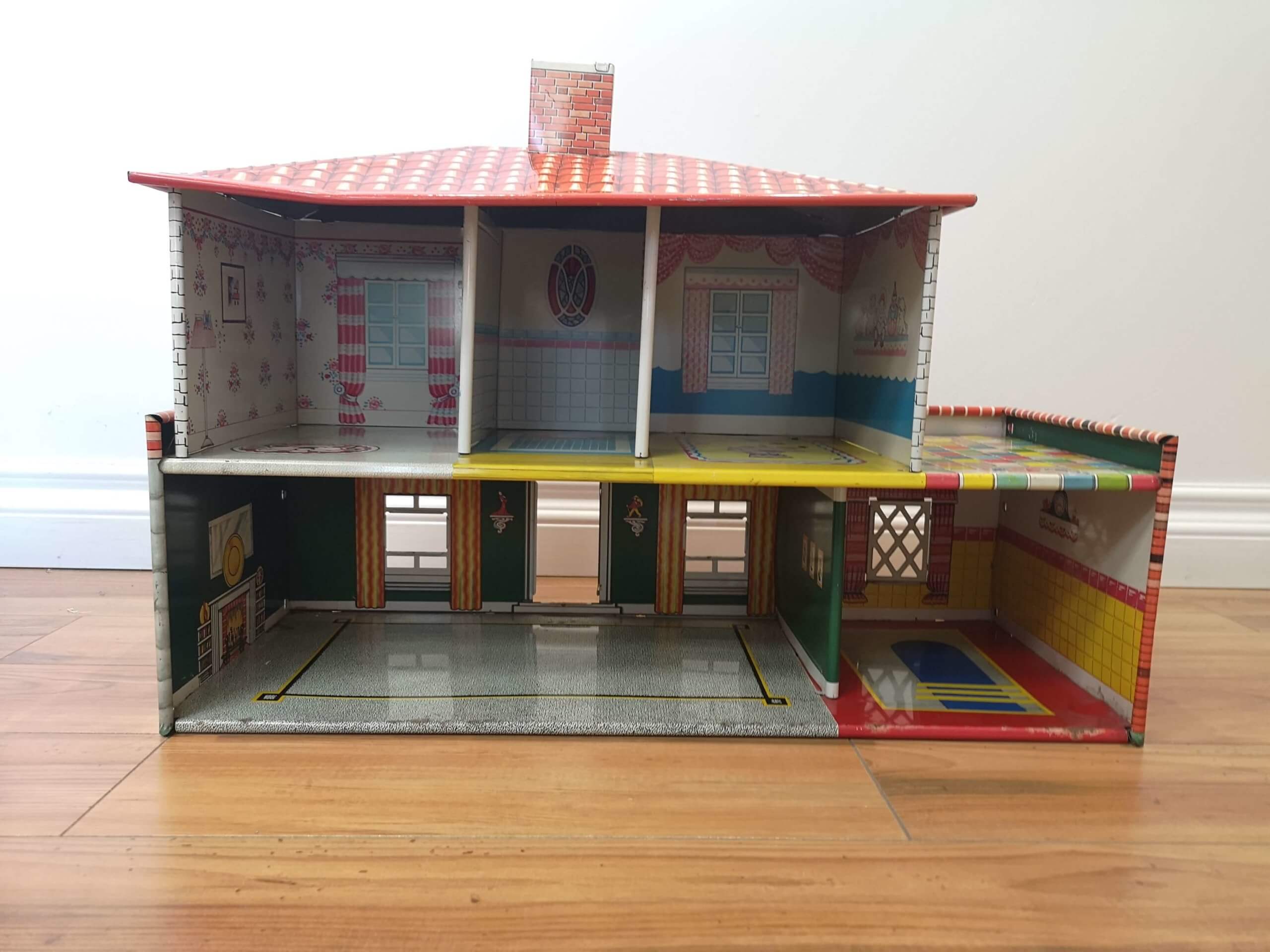 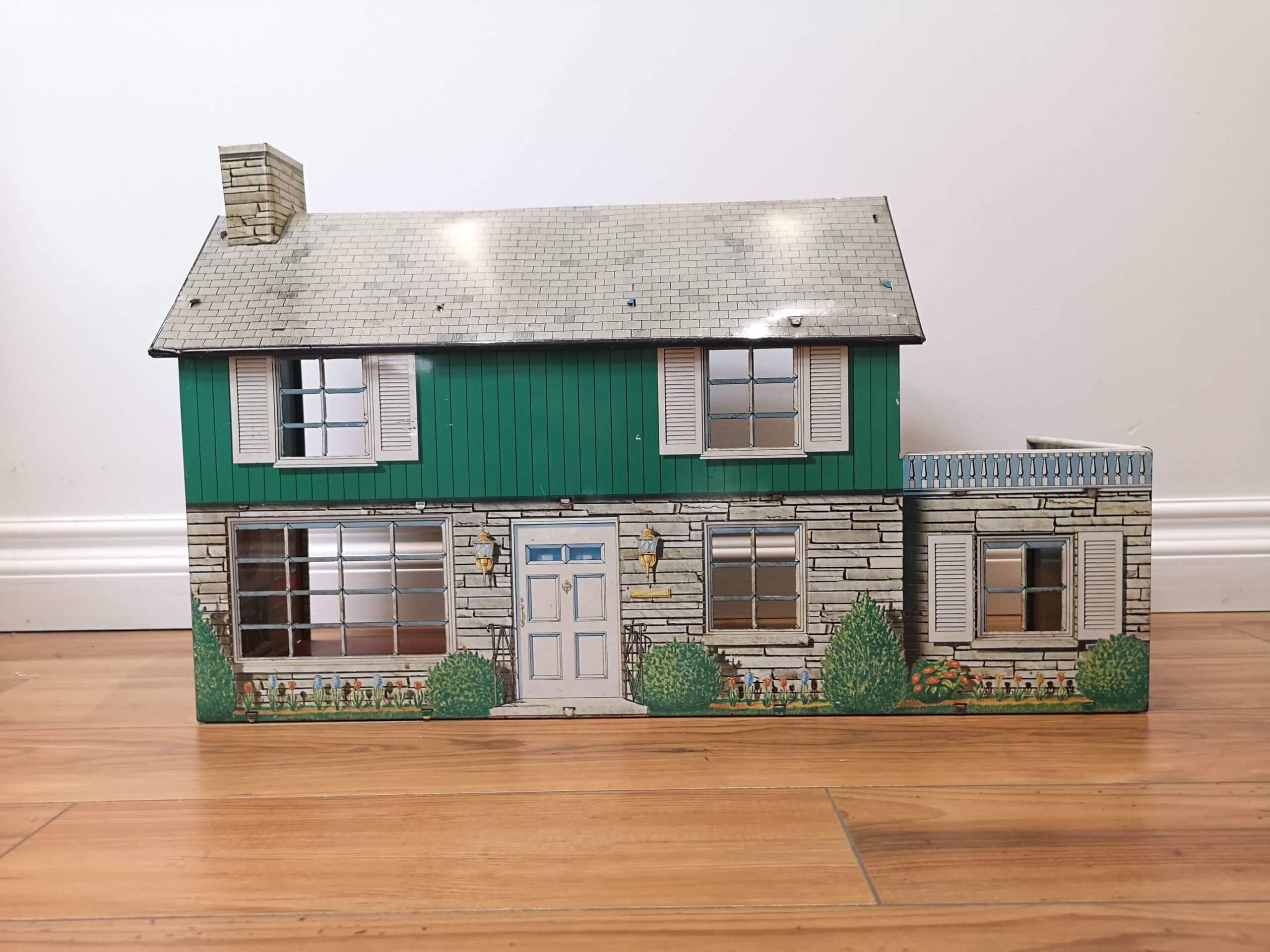 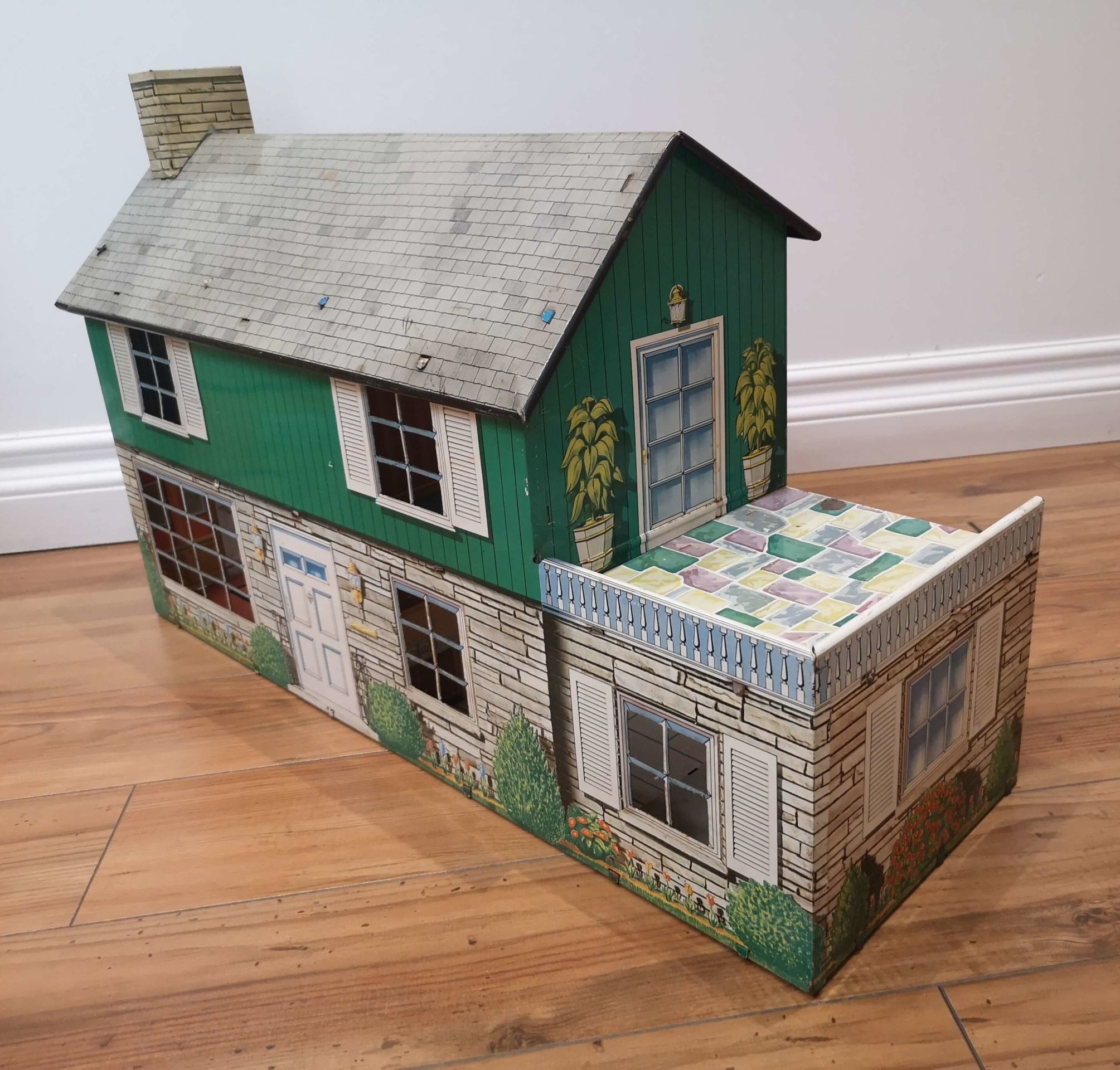 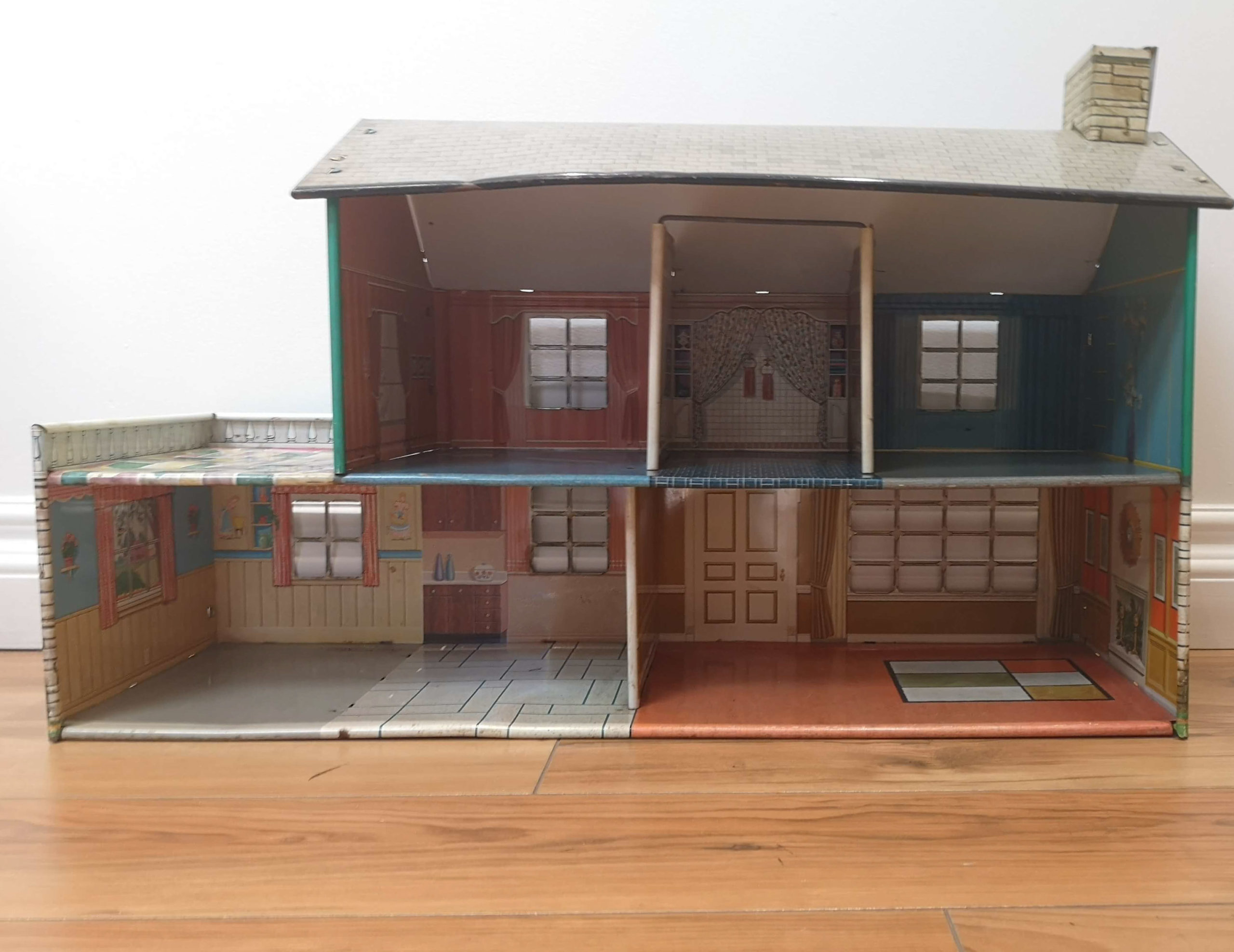 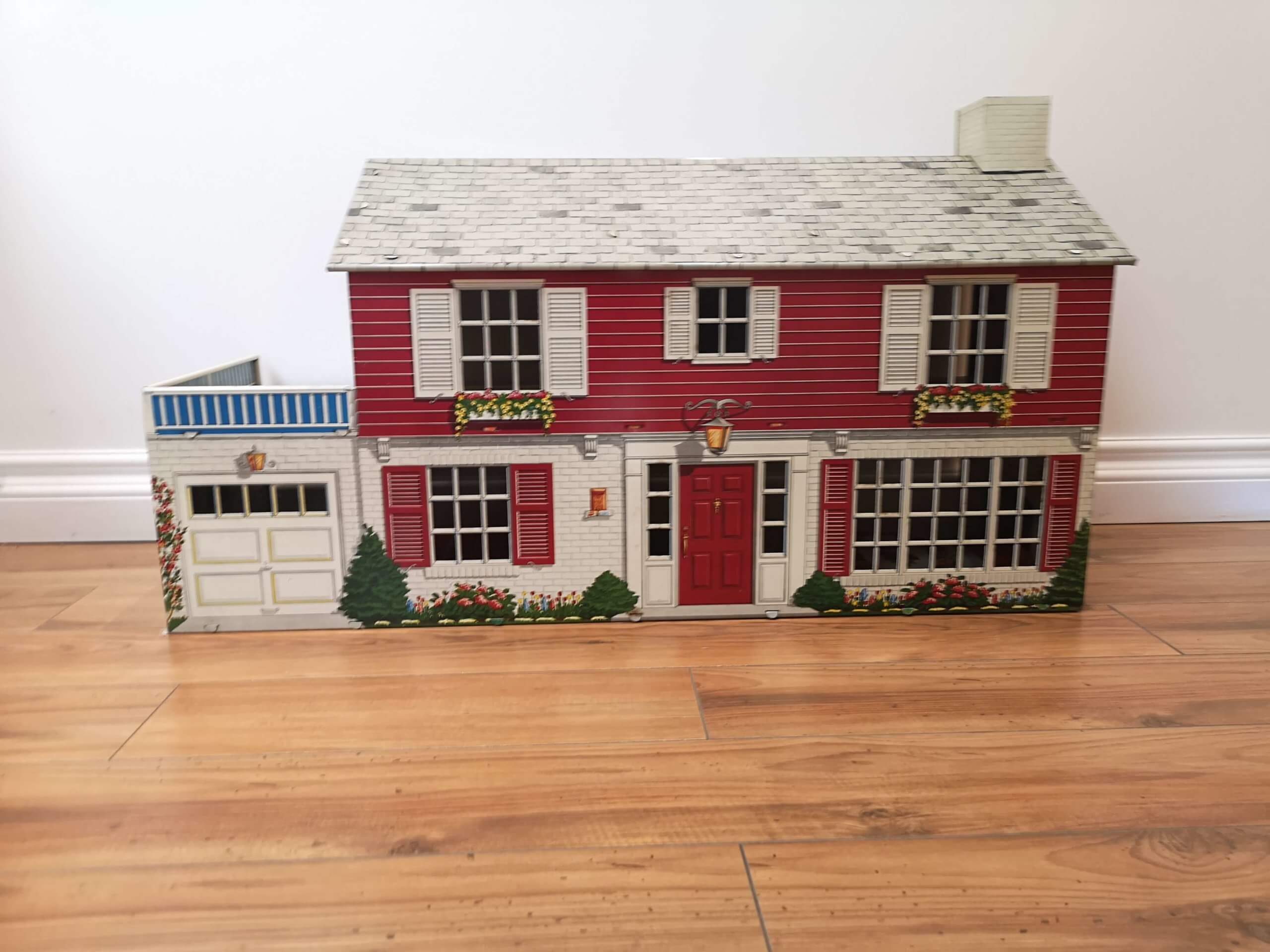 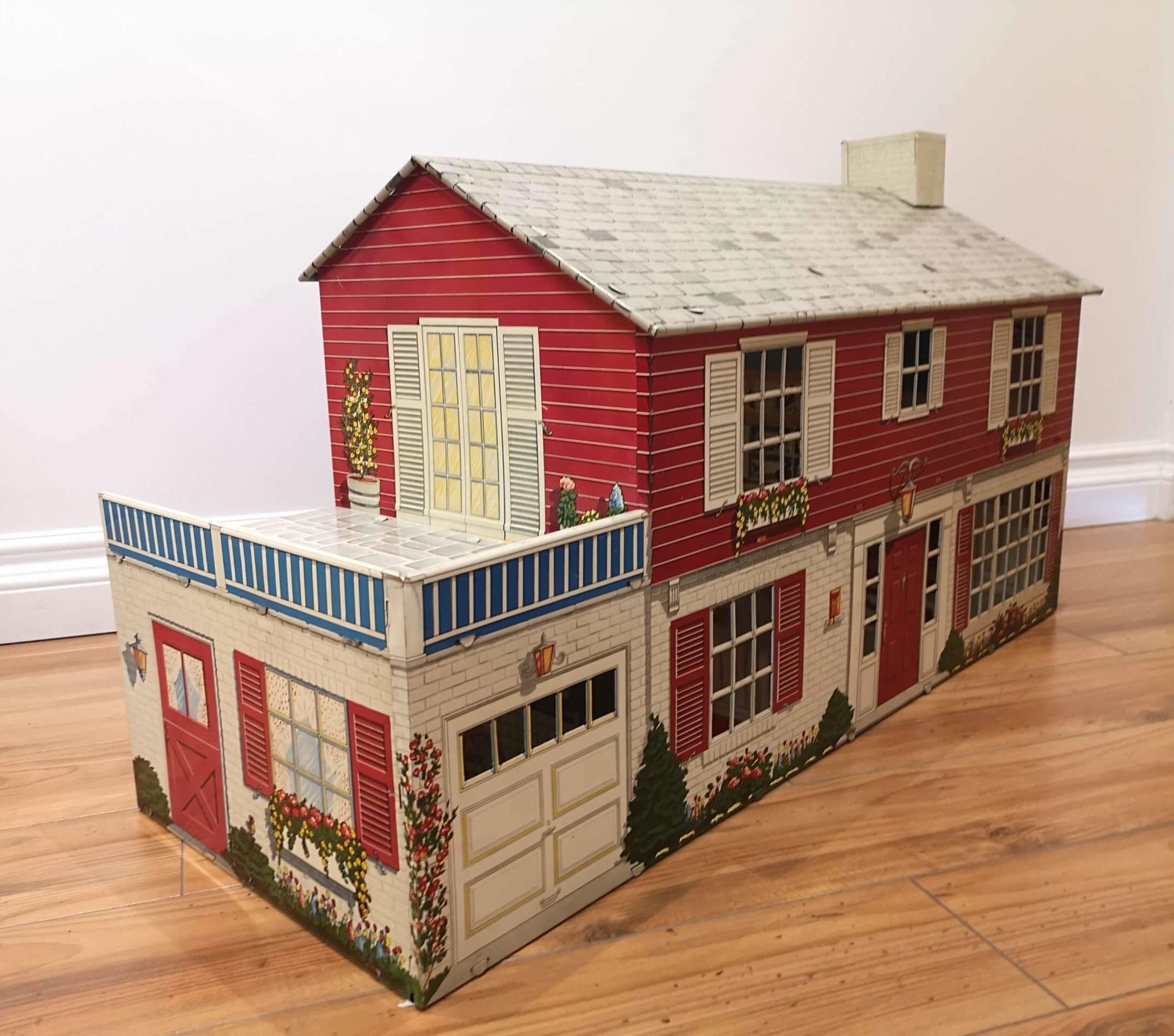 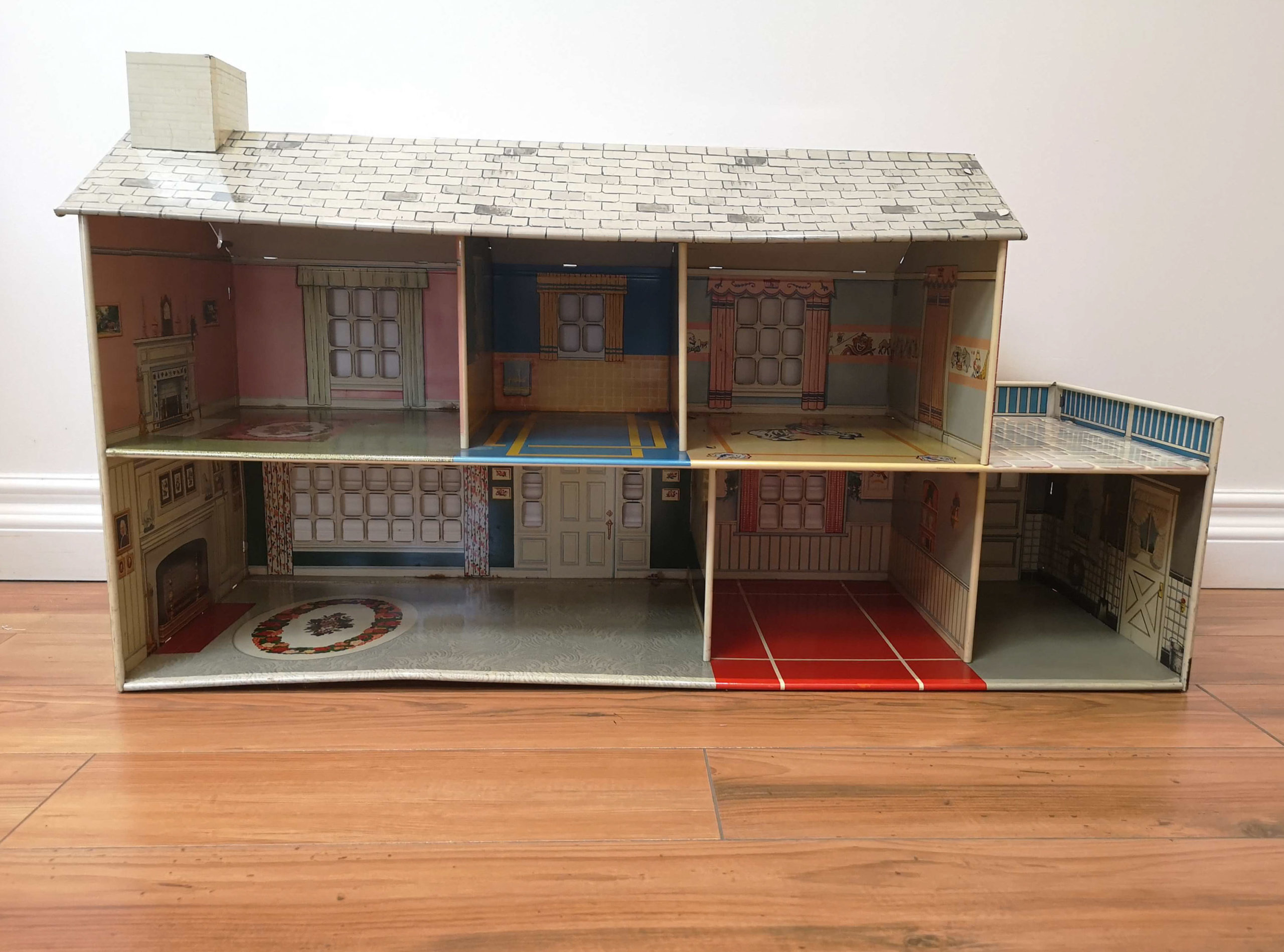