Lincoln Specialties: Canadian Toys that will Steel your Heart

In 1942, a small family-run steel company across the river from Detroit scored a contract from the Canadian government to produce fenders and ammunition boxes for the Canadian Military.

The company was called Kay Manufacturing. It was founded in 1941, by father-son team Haven and Frederick Kimmerly, in the city of Windsor Ontario.  A year later, they changed their name to Windsor Steel. During the War, the company grew significantly, expanded their range of products, and moved to a larger production facility a few blocks over. Then after the war, in 1946, they opened up their own sales office at their old location near the corner of Lincoln and Erie Street.  They called this new department Lincoln Specialties.

Business began to slow after the War, so Lincoln Specialties diversified their production range yet again.  They were having success with a line of bicycle baskets and kickstands when someone at Lincoln Specialties had the idea use their facilities to make toys! Given the rise of birth-rates after WWII and the burgeoning post-war toy market, this turned out to be just the right thing. With the copious amounts of scrap steel left over from their wartime production, the creativity of their workers, and their inhouse tool room at Windsor Steel, they were able to set right to work creating dies and producing steel toys. 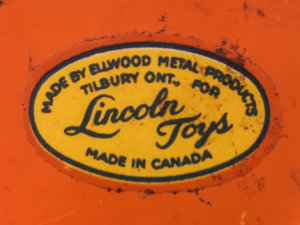 Accounts vary about which were the first toys produced by Lincoln Specialties, but they likely included the “repeating all-steel cannon” which appeared in the 1946-47 Eaton’s Fall-Winter catalogue, and some assortment of trucks. Around 1948, another local toymaker named Harry Ellwood joined the team. Ellwood had started his own toy line, Ellwood Toys, back in 1945, but a fire destroyed his Windsor workshop in the late 1940s. After Ellwood relocated to a new location in Tilbury, Lincoln Specialties started selling his pressed steel toys under their name as well. Some of the toys from this period have decals for both Lincoln and Ellwood.

By the early 1950s, the lineup of Lincoln Toys included a wide range of trucks with different cab styles, tractors and other farm implements, and construction equipment such as power shovels and road graders.  They also produced branded toys which are quite sought after by vintage toy collectors today, including the Massey-Harris 44 tractor, a Trans-Canada Air Lines airplane, a Coca-Cola truck, and an Allied Van Lines truck.

With the increased popularity of plastic toys and competition from imported toys, Lincoln Toys’ success began to wane in the late 1950s. So they tried – and failed – to regain their old manufacturing contracts from automotive companies. After over a decade and a half of success, Lincoln Specialties and Windsor Steel ceased operations in 1958 and officially dissolved in 1959.

Though they no longer made toys, the Kimmerly family maintained a strong business presence in the Windsor community. Before the closure of Windsor Steel and Lincoln Specialities, Frederick Kimmerly opened up the Lincoln Casket Company, which was carried on by his Brother Ed after Frederick relocated to the United States. And back in 1948, Haven and his other son Bill had started the Dayton Manufacturing company, which is still in operation today, producing kitchen and bathroom fixtures and cabinets. Frederick Kimmerly later returned to Windsor and established Standard Printing in 1968, where they have been offering a variety of custom print and design services ever since.

While the Kimmerly family moved on to other ventures, the influence of Lincoln Toys lived on in the toy trucks that were kept in production by Li’l Beaver Toys and Saturn Toys until the early 1970s. Today, many vintage and antique toy collectors cherish the colourful, pressed steel Lincoln toys on their shelves – especially Canadian toy collectors!  See the gallery below for some of the cherished pieces from the Collectors Quests shelves and check out the Lincoln Road Grader we currently have for sale in our shop!

For more information on Canadian toy companies, take a look at some of our previous Showcases:

Gray, David R. “Lincoln Toys: Then Early Years, 1940-1950”. Excerpt from a chapter of a manuscript on Canadian toys, published by the Canadian Toy Collectors Society. http://www.ctcs.on.ca/vtm/lincoln.htm

Terra, Armando. “The Lincoln Toy Company: a Blast from the Past.” Milénio Stadium, Jan 29, 2021. https://mileniostadium.com/vida-vidas/entretenimento/the-lincoln-toy-company/ 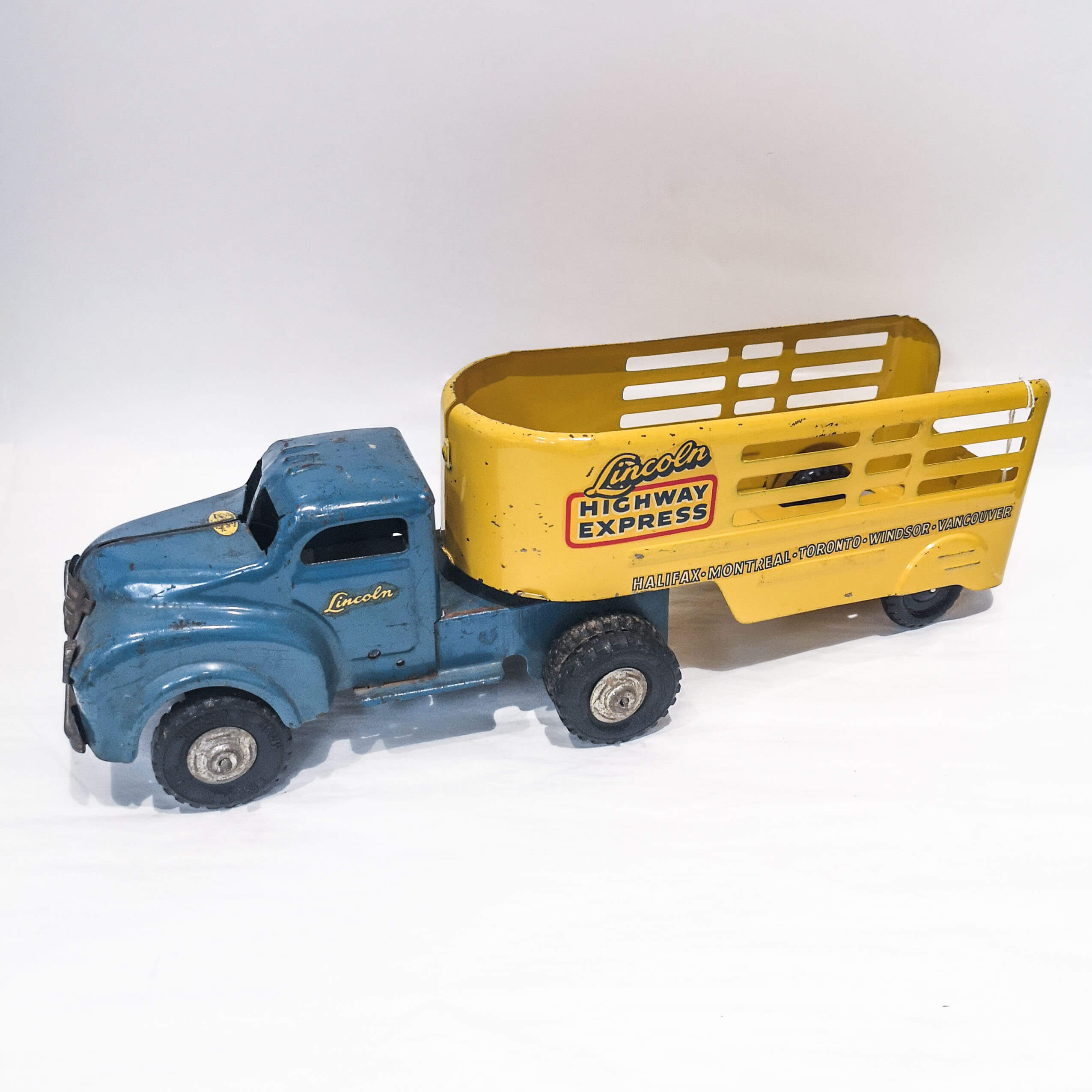 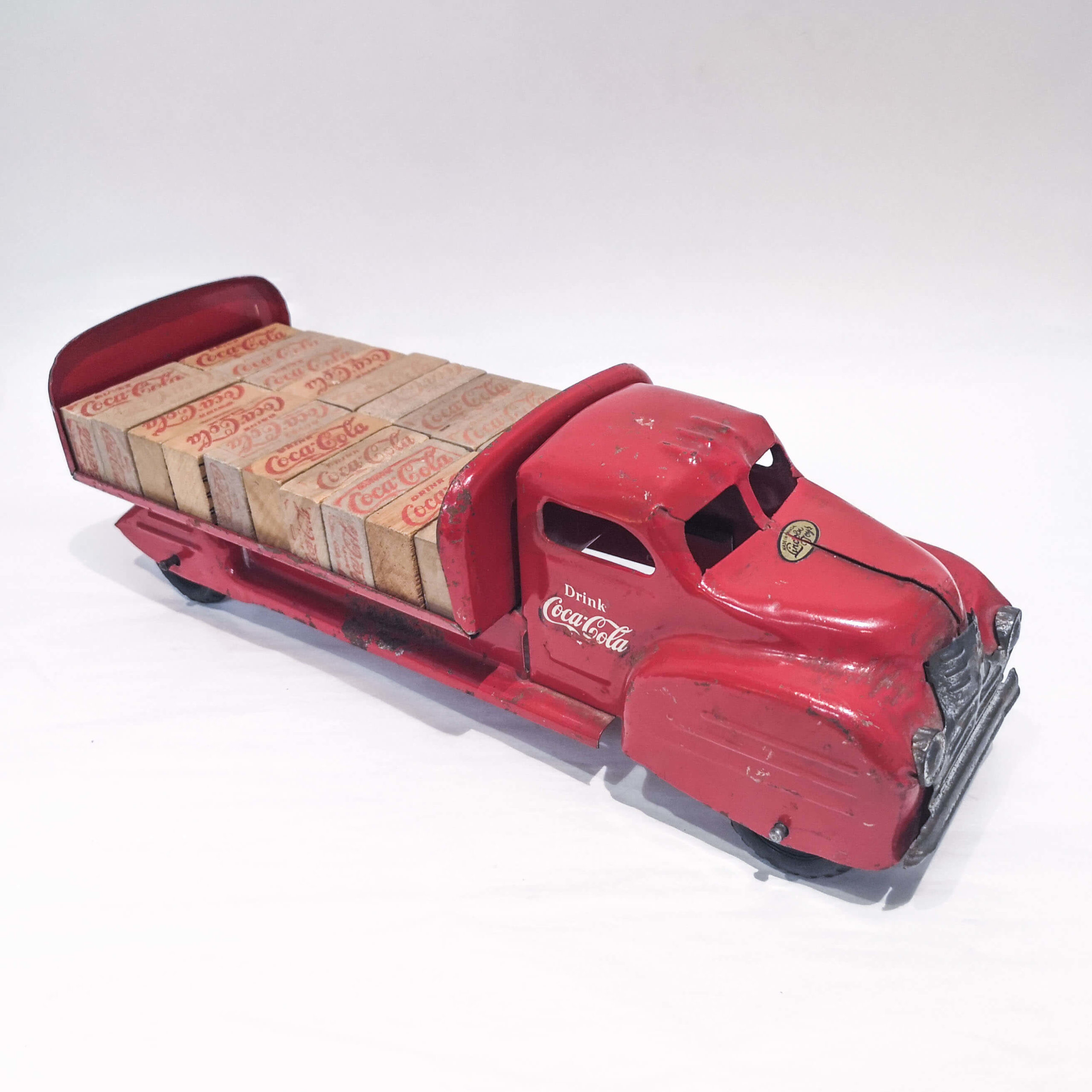 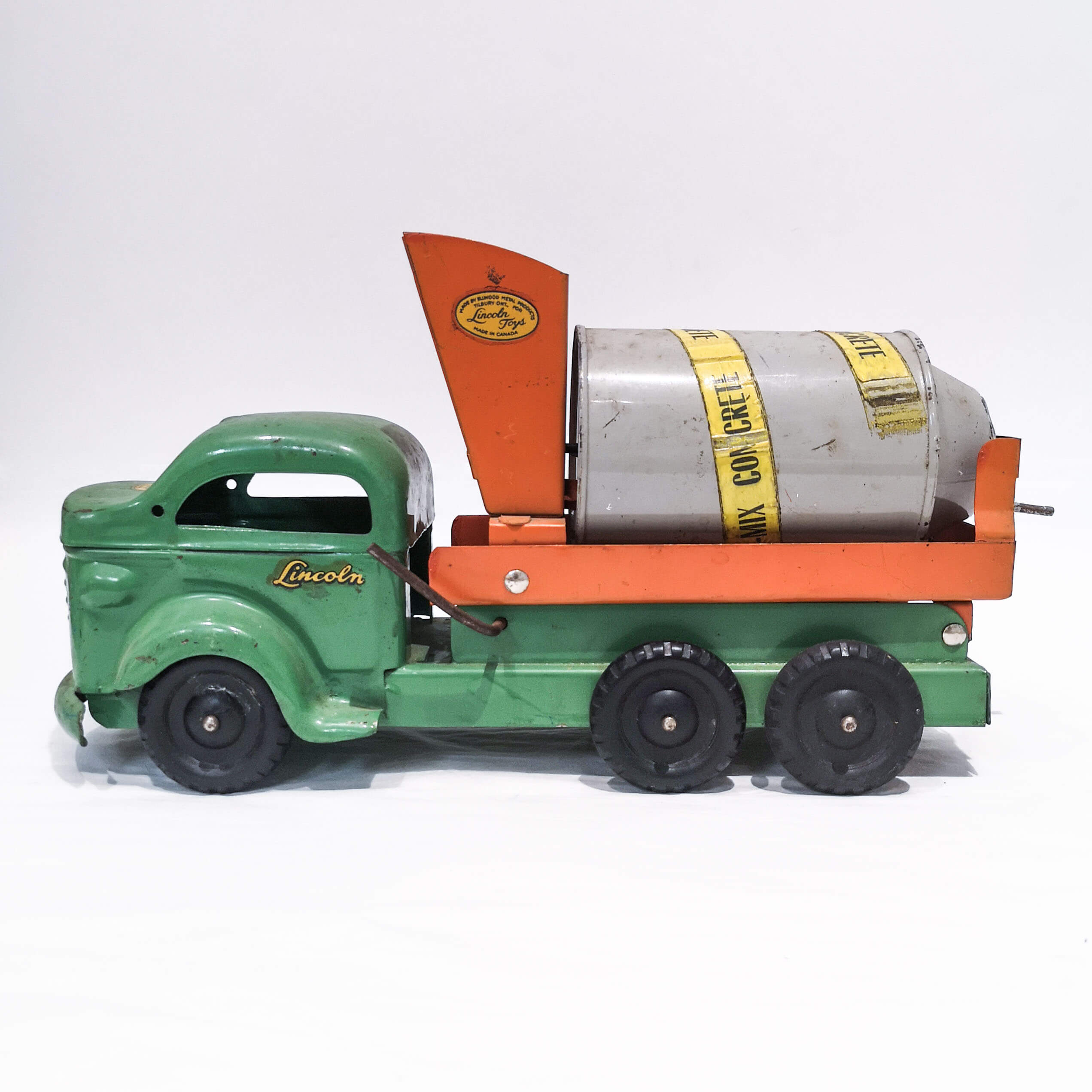 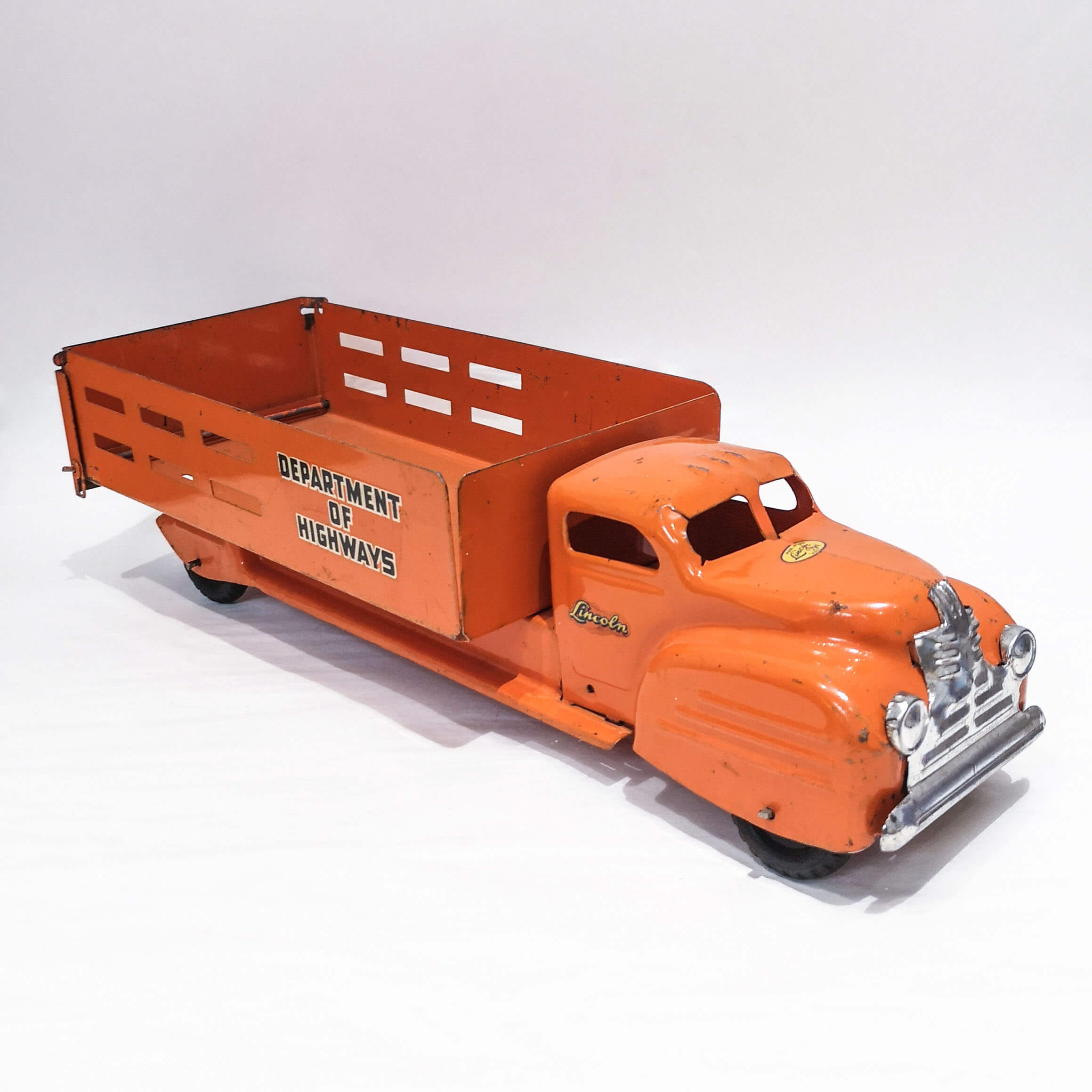 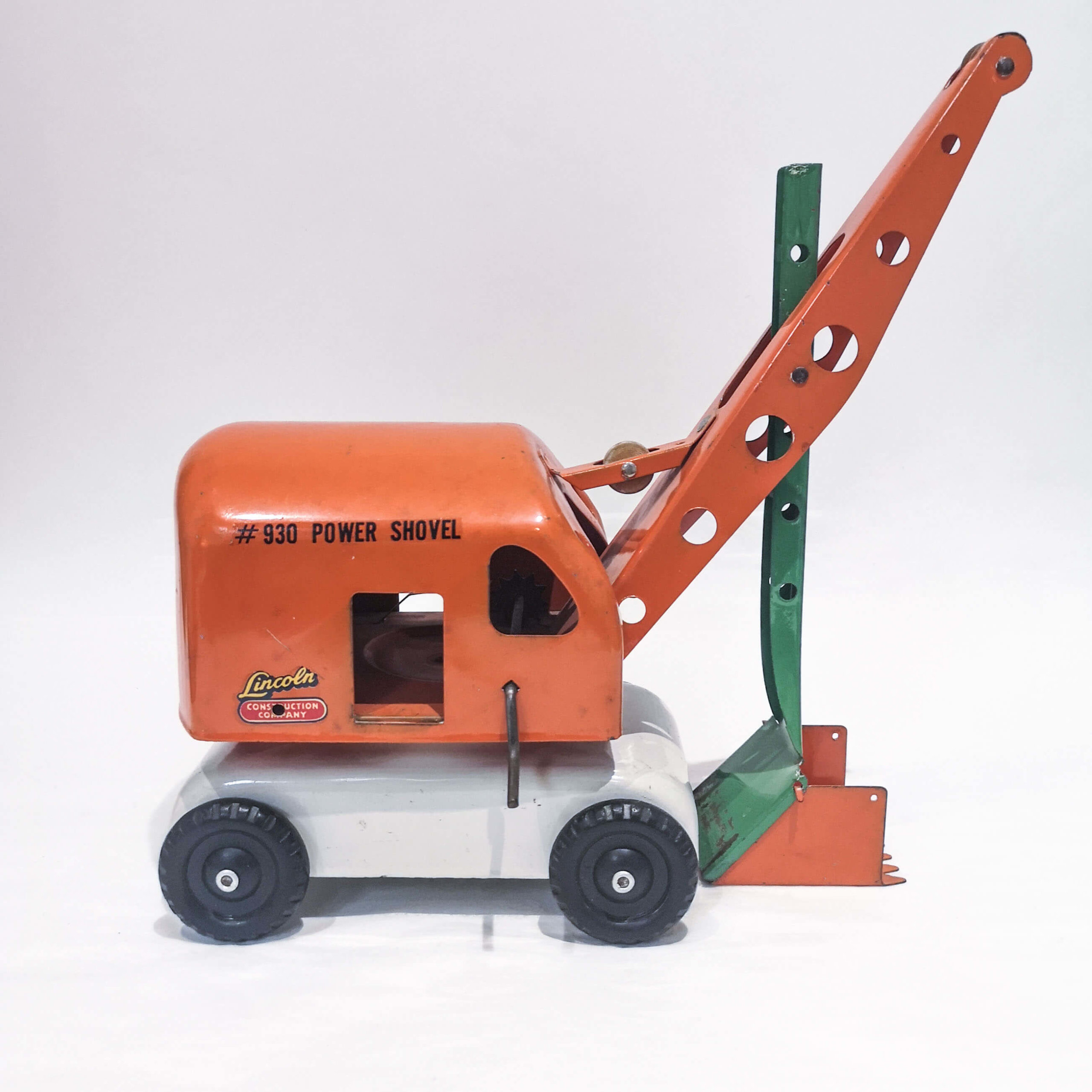 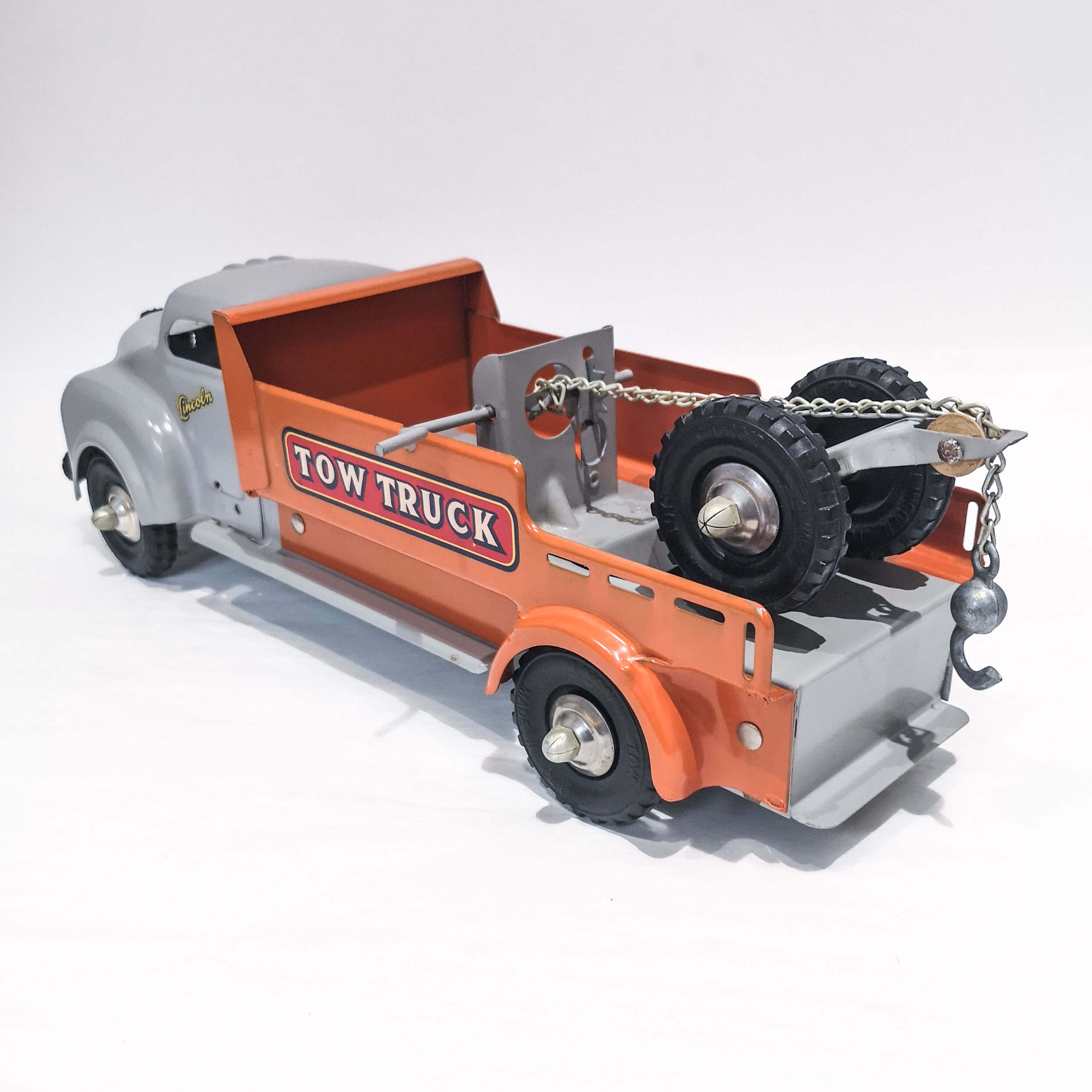 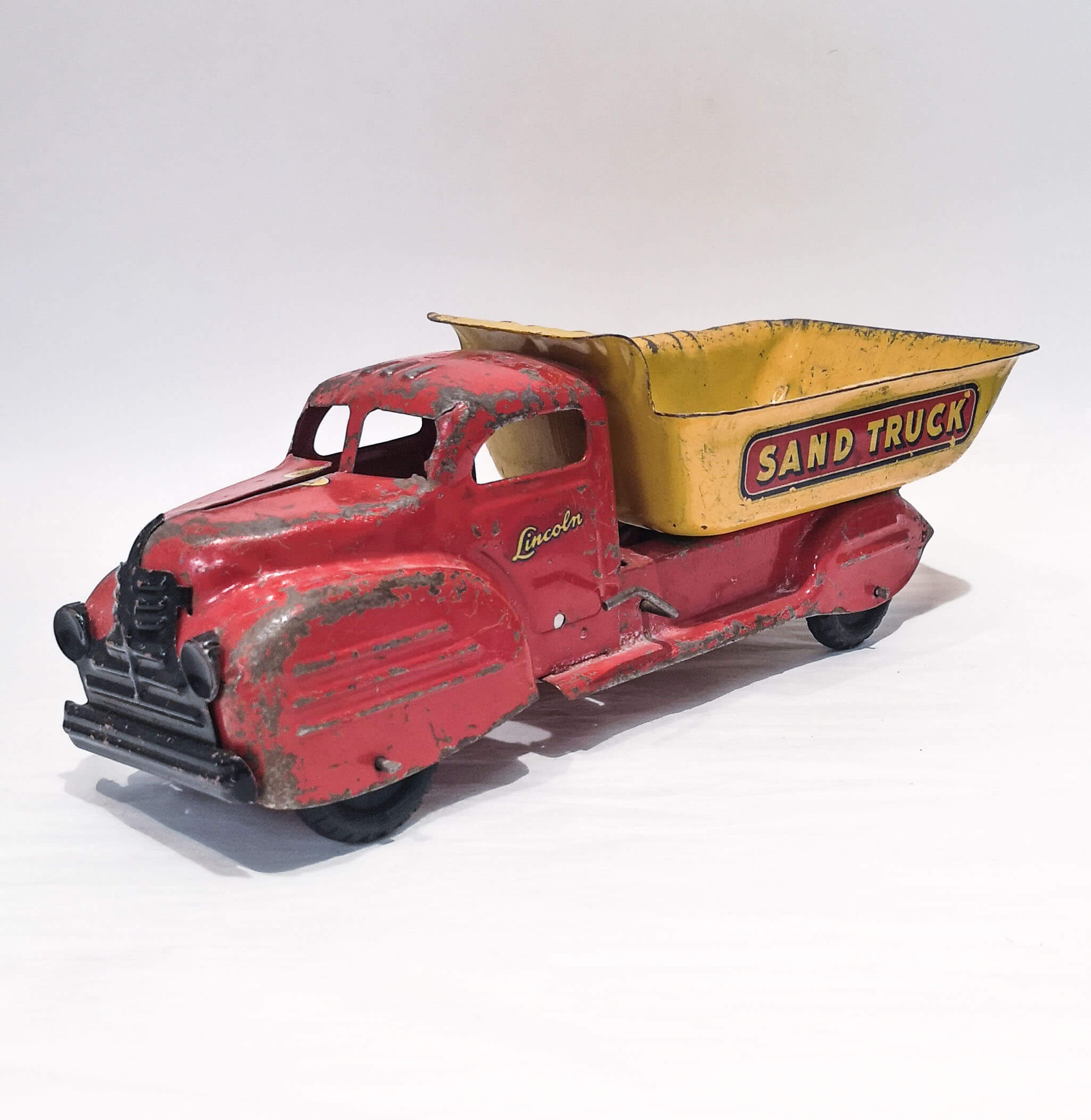 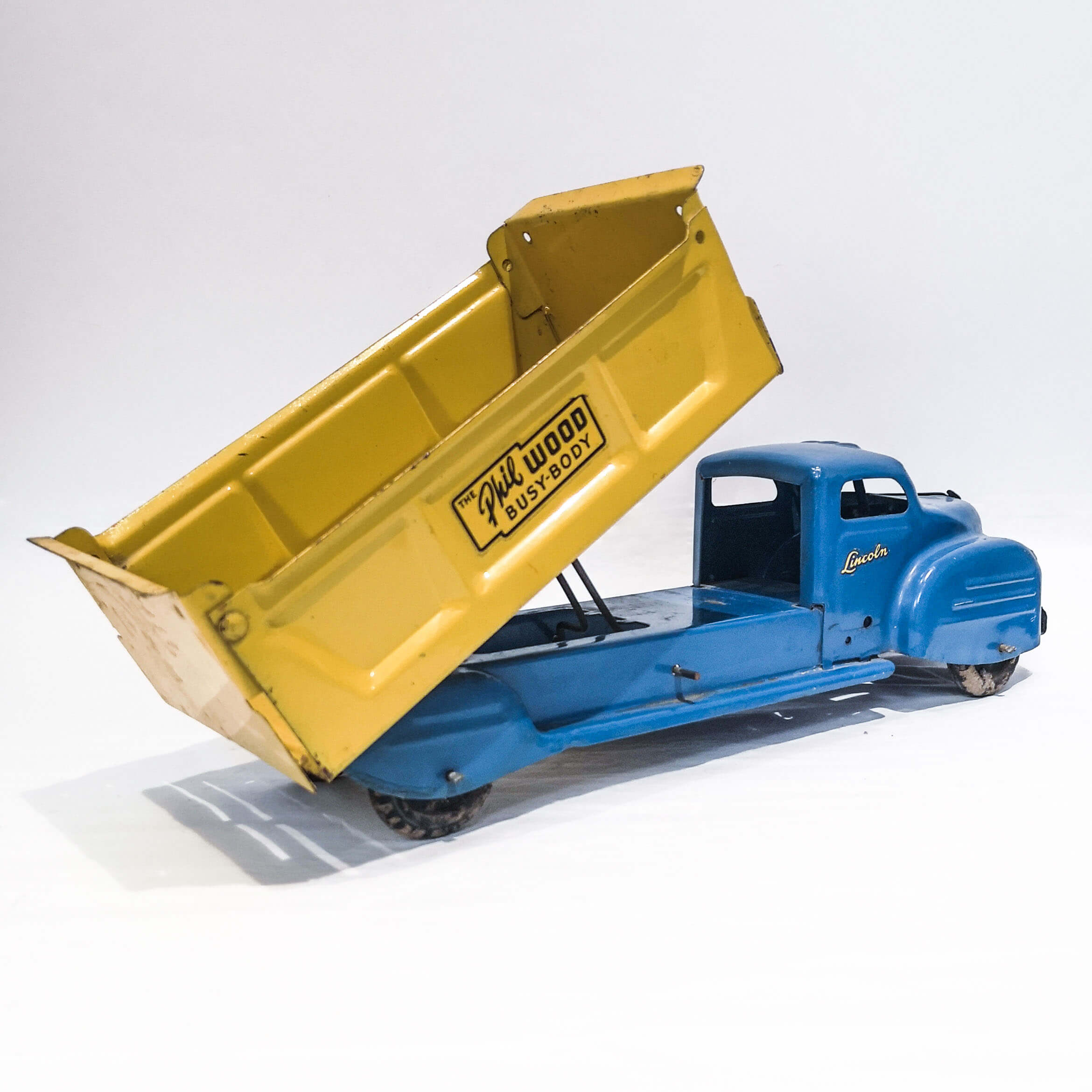 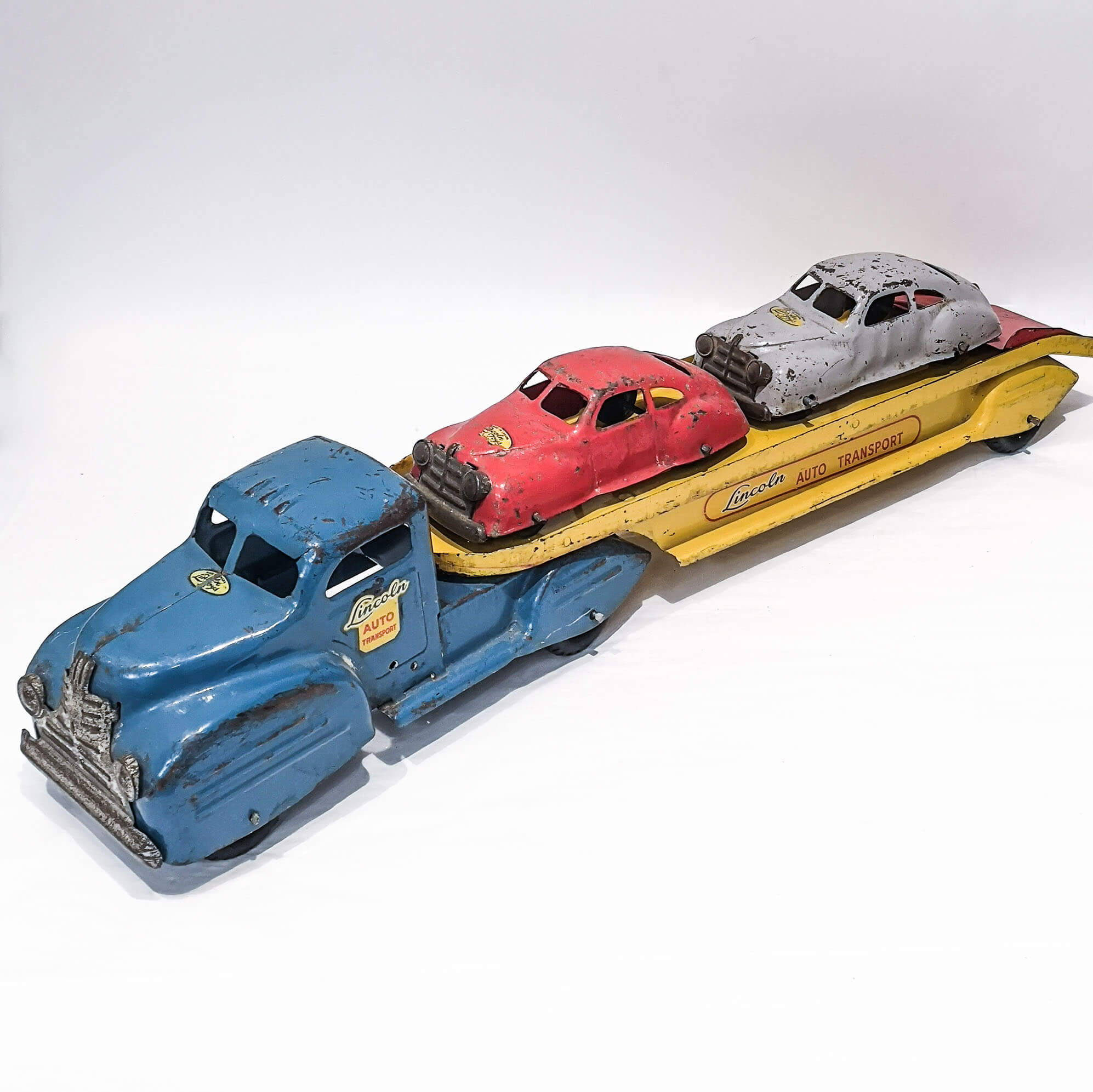 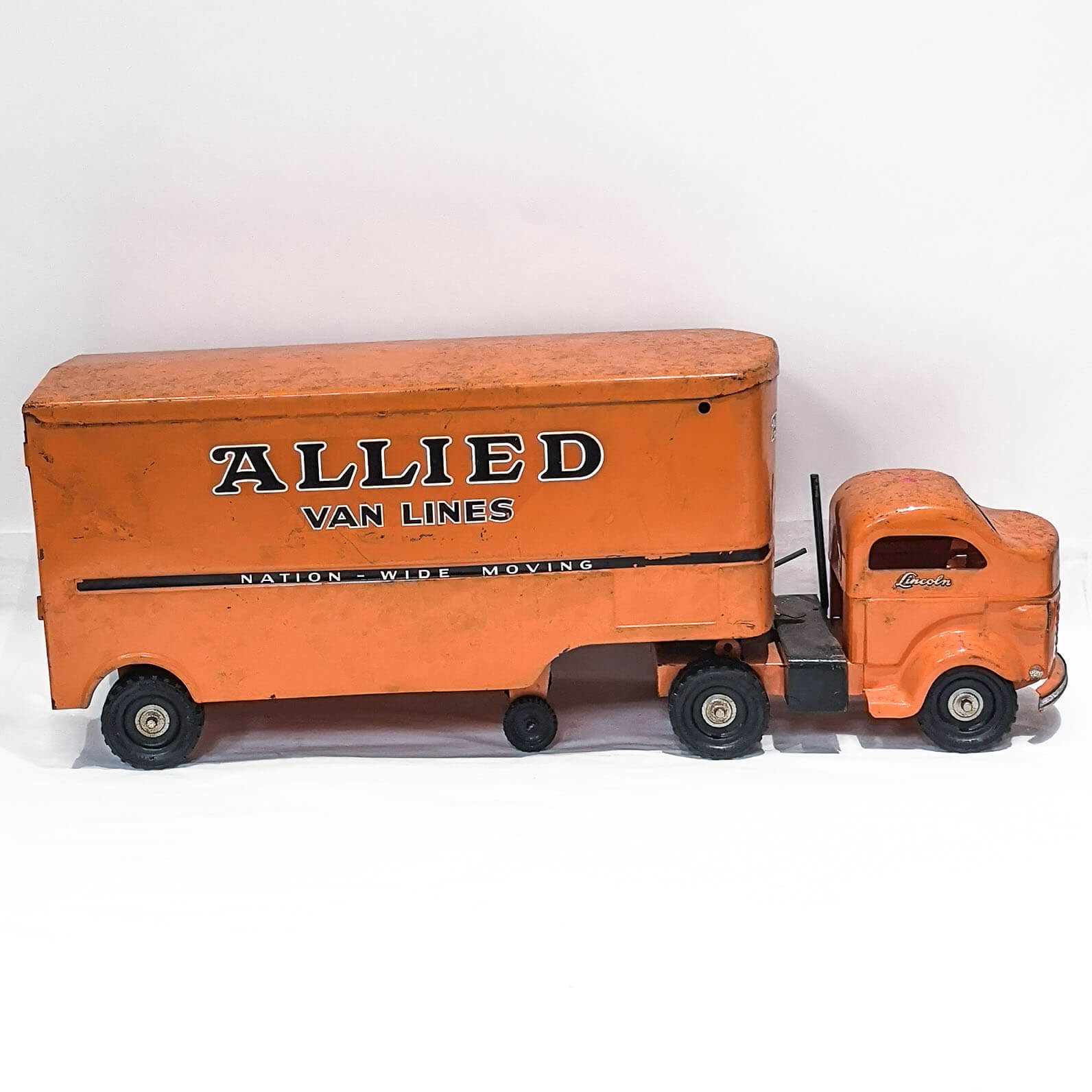 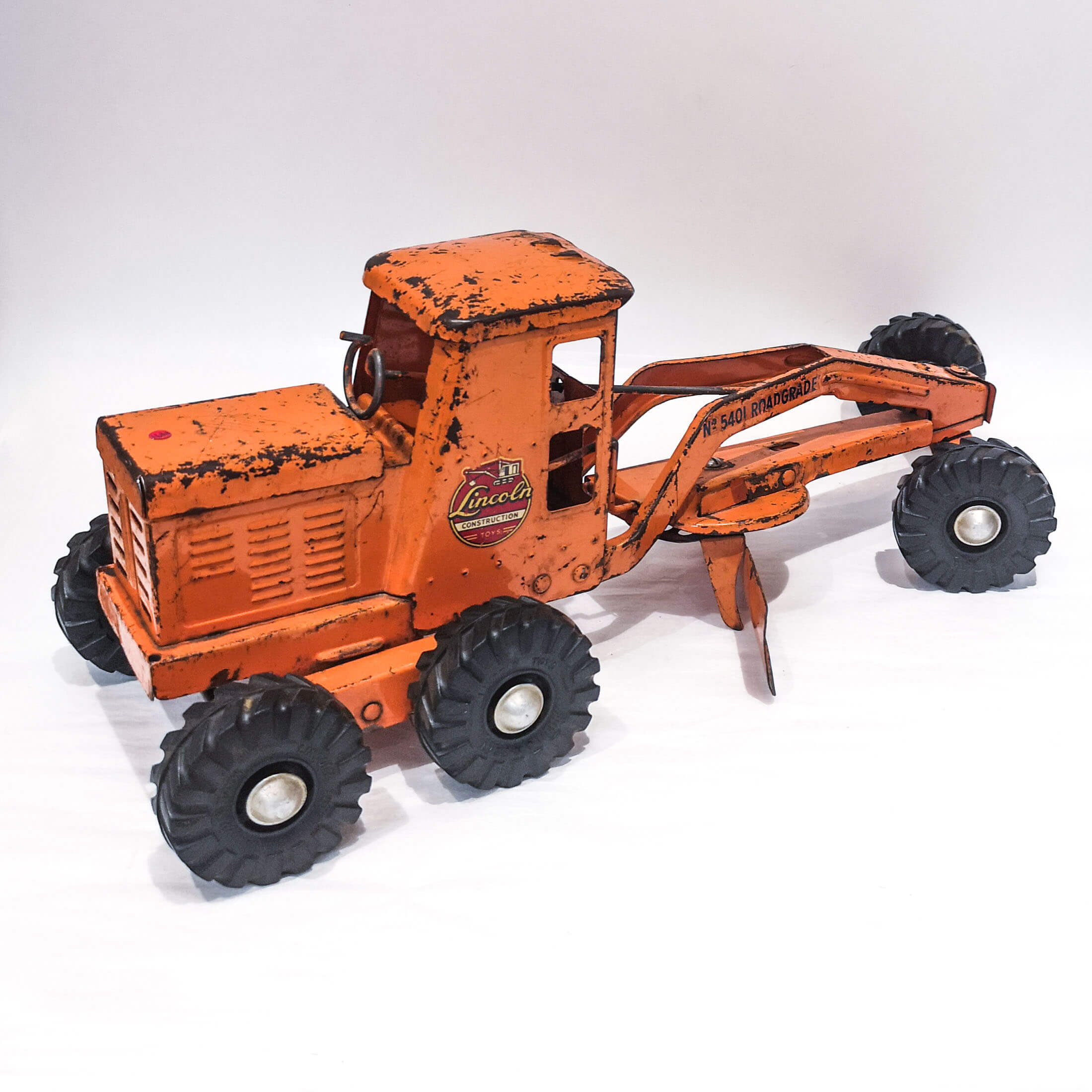 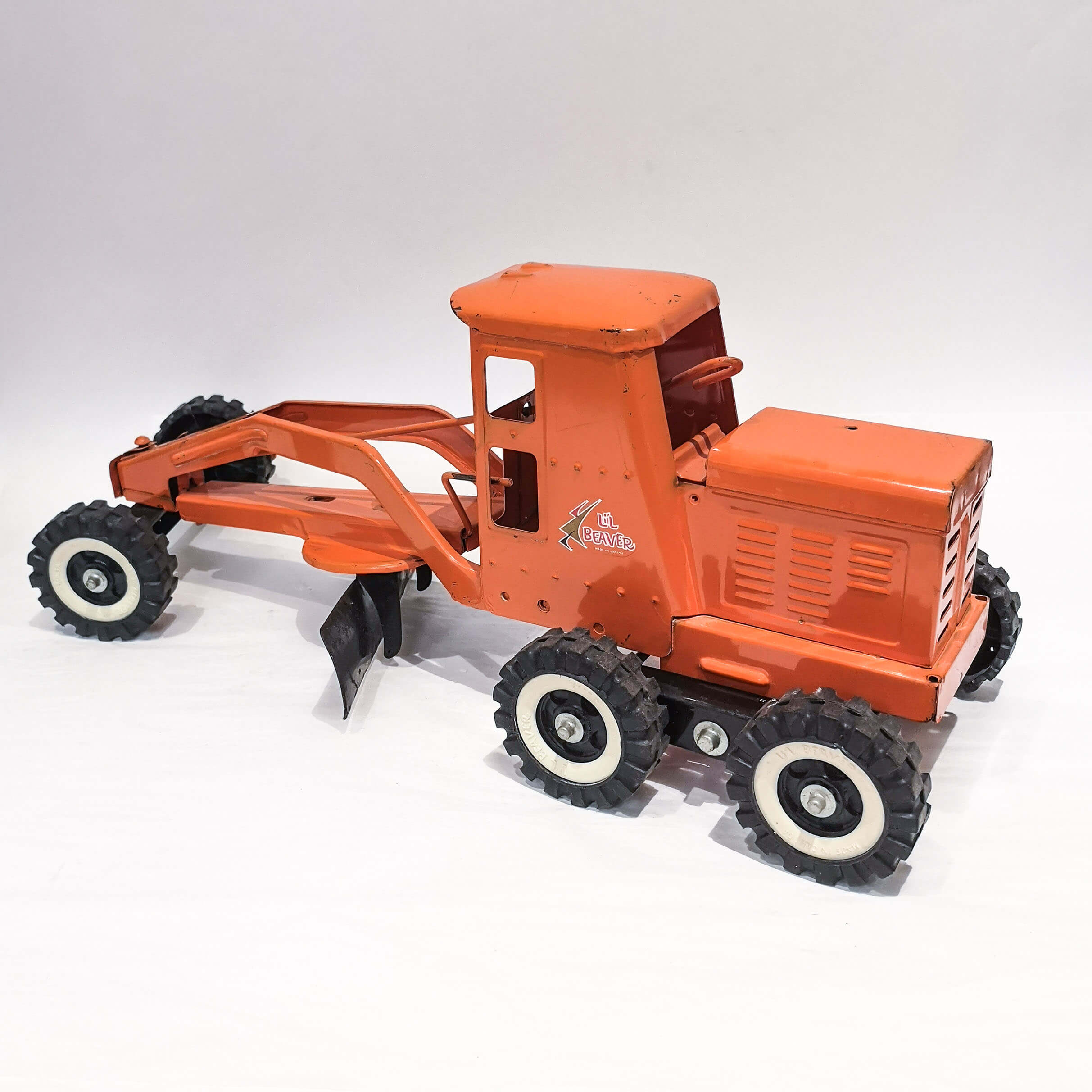