The Irwin Corporation: From Celluloid to Styrene Toys

Like many historical toy companies, the Irwin Corporation started out making something completely different.  In 1922, when Irwin Cohn (only 21 years old) and his wife Mary founded the company together, the first products they made in their tiny 200-square-foot space were celluloid soap dishes.

Within a year, however, they began producing baby toys and rattles from blow-molded celluloid. They soon became largest manufacturer of celluloid baby rattles in the USA, garnering Irwin Cohn the title of “The Rattle King”.  They also produced a large quantity of baby dolls, which became popular with miniature crochet enthusiasts, as evinced in the gallery below.

While many toy manufacturers were unable to continue production of toys during WWII due to scarcity of materials, Irwin got innovative. They found ways to produce their toys out of scraps and materials that were not necessary to the war effort.  They even purchased old X-ray negatives from hospitals and recycled the celluloid film sheets to make pinwheel toys.  By the end of the war, however, they began phasing out the use of celluloid due its high inflammability, and ceased all celluloid production by 1947 (which is why we see “non-inflam plastic” and “flame resistant” advertised on some toy boxes, as seen below).  Irwin never stopped innovating though, holding over 100 patents and keeping pace at the forefront of plastics technology, switching production to polystyrene and polyethylene.

As the Irwin Corporation grew (at one point employing over 800 people),  two affiliate companies we created to keep all means of production in house: The Great American Plastics Company to manufacture the toys, and The Great American Chemical Corporation to produce the raw materials. Irwin Cohn was president and chairman of all three companies, while Mary was the treasurer and helped with the design of the toys. The Cohn’s son-in-law Bertram Cohen started working for them in 1957. Cohen took over as head of the company after Irwin Cohn’s death in 1970, and sold the company in 1973.

Now Irwin plastic toys can be found in the collections of many vintage and antique toy enthusiasts, especially collectors of vintage plastic holiday novelties.  Other popular manufactures of holiday styrene collectibles were Knickerbocker Plastic Company and the E. Rosen Candy Company.  In addition to baby dolls, rattles, and holiday novelties, Irwin also produced a number of mechanical toys, including cars and other vehicles.  Check out the Irwin toys we have for sale in our vintage toy shop! 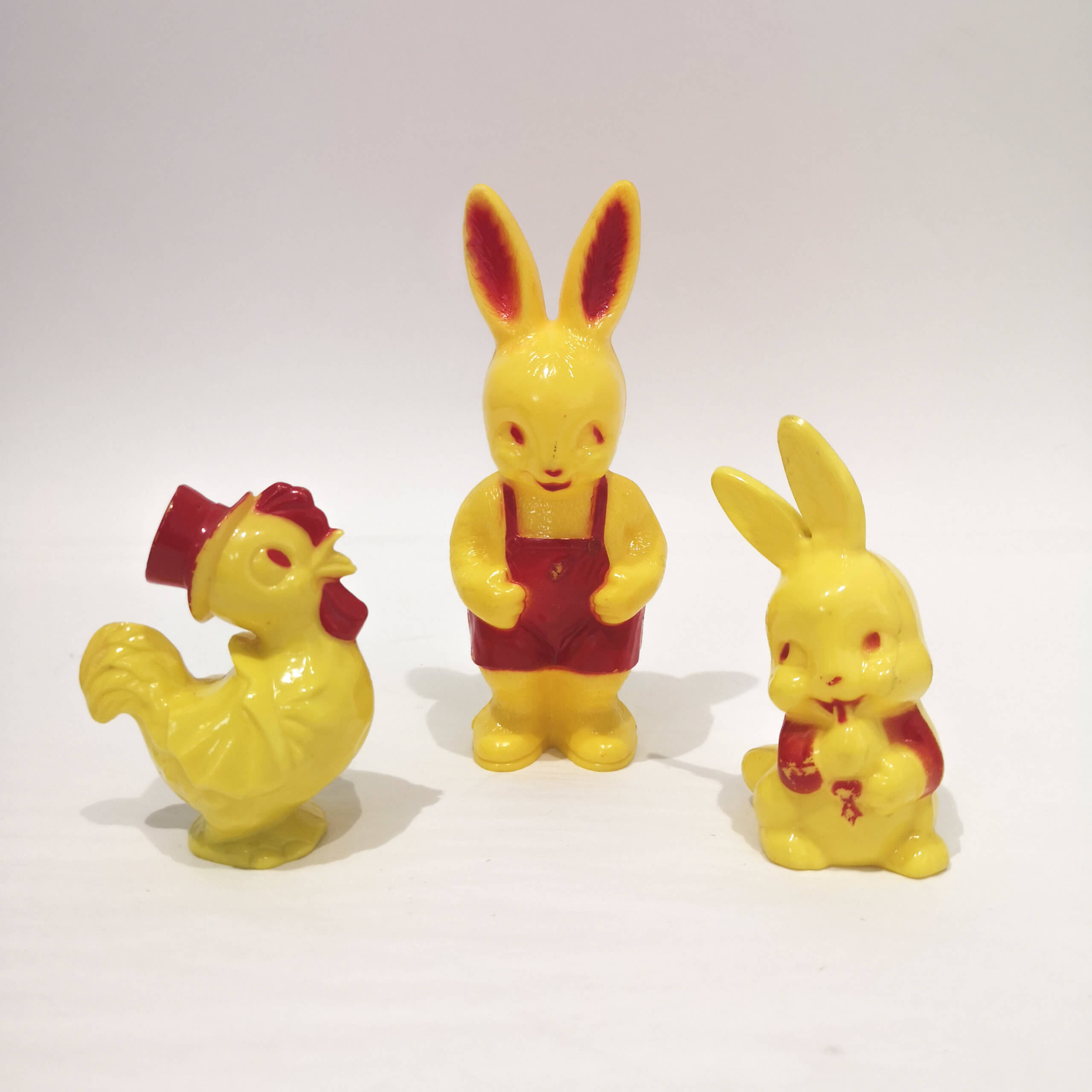 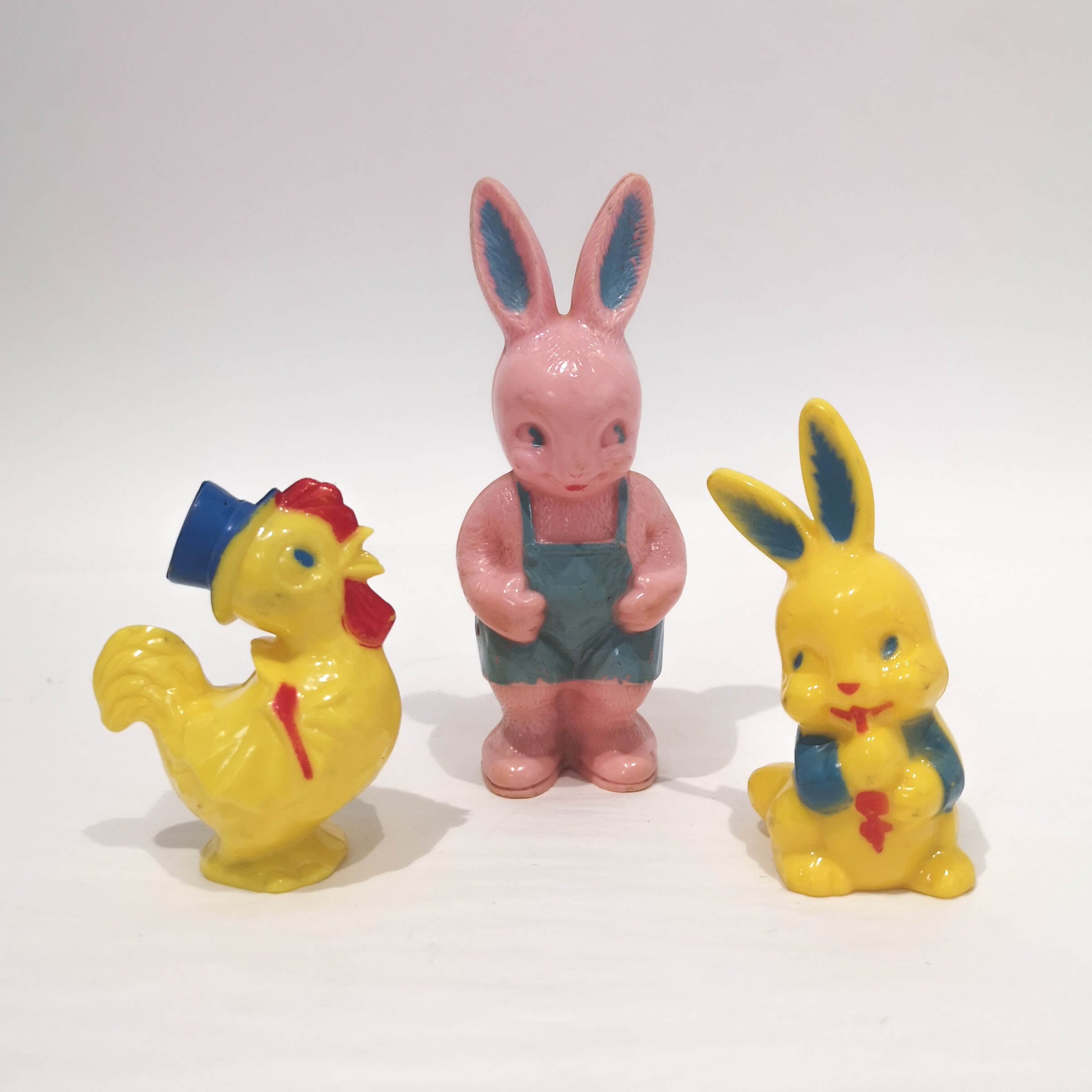 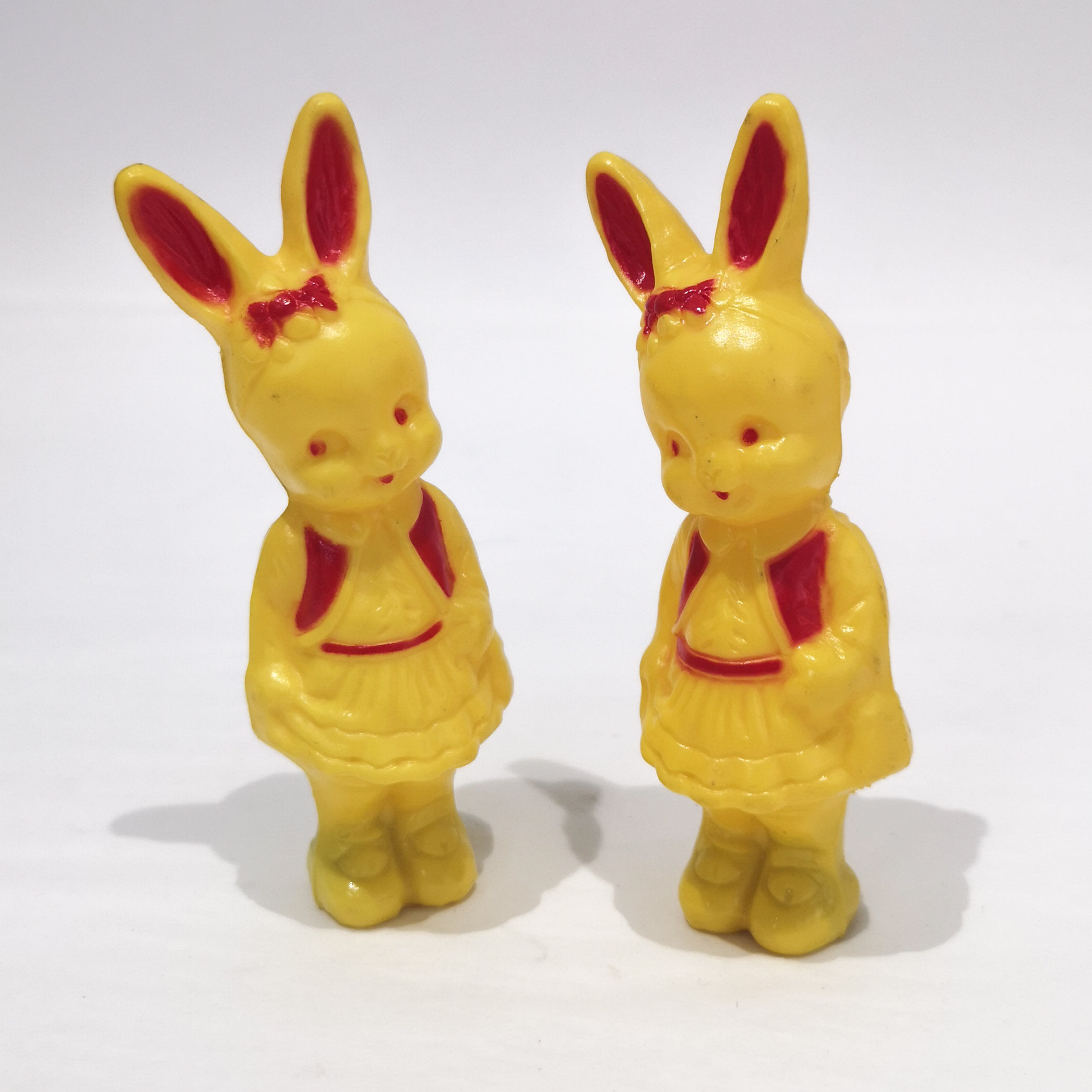 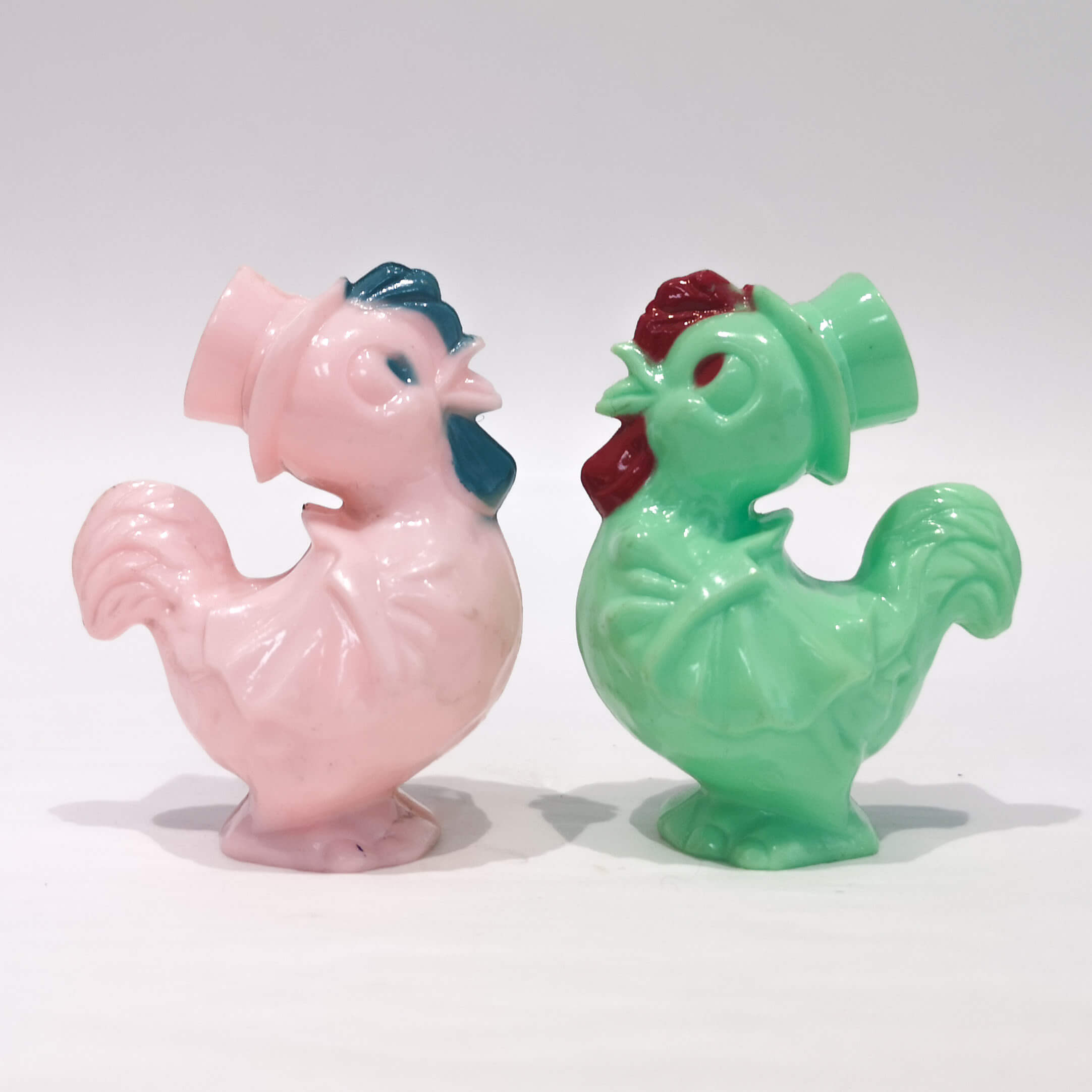 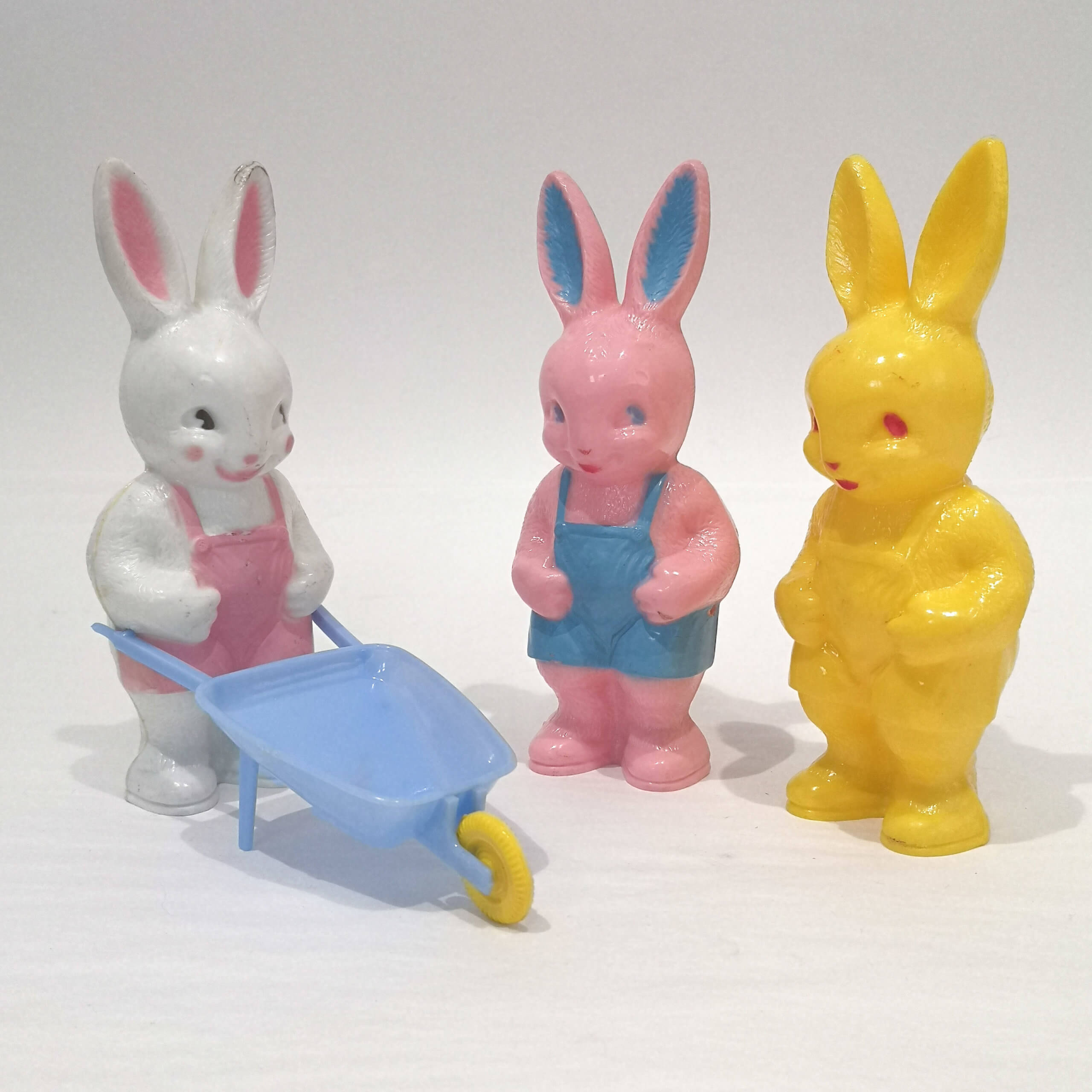 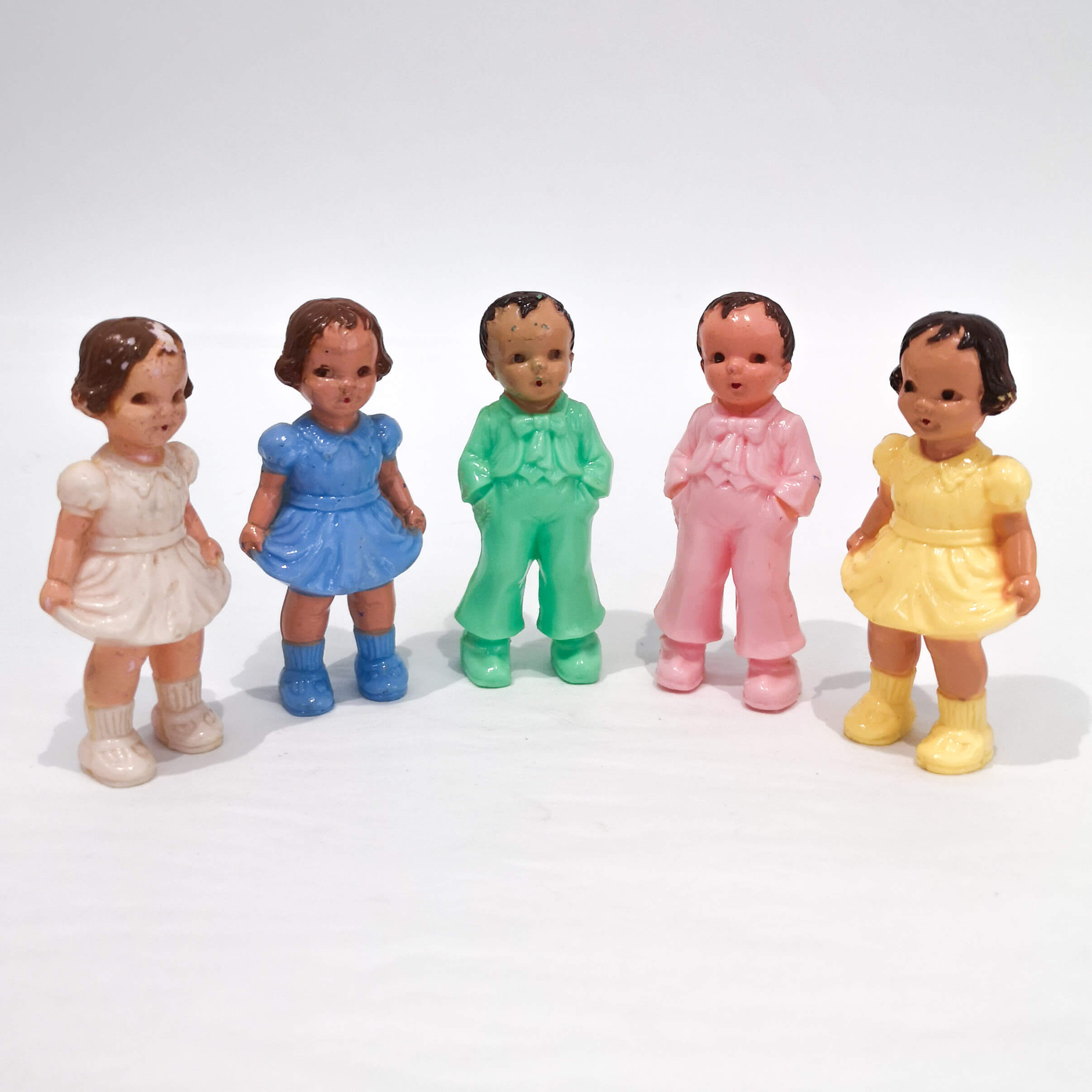 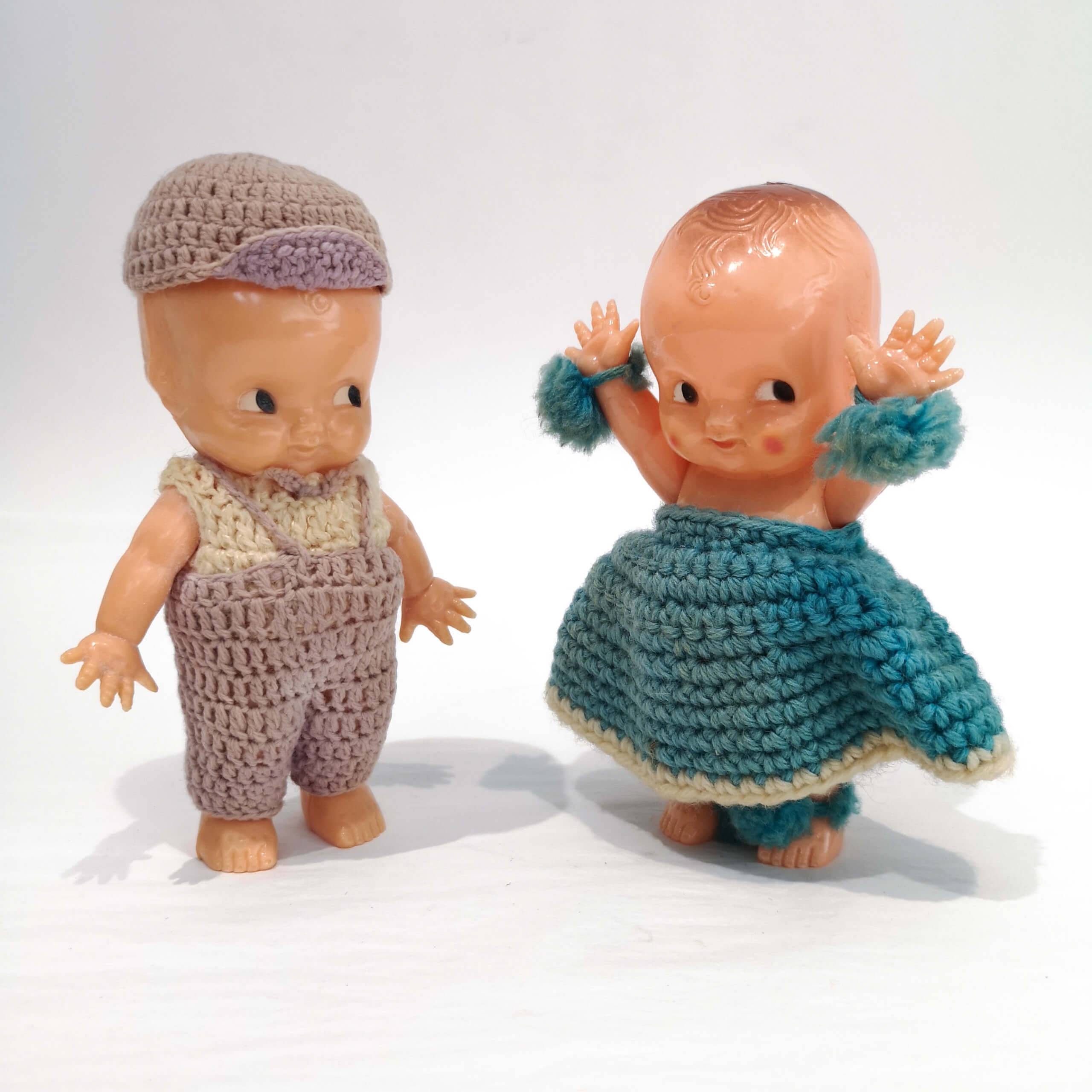 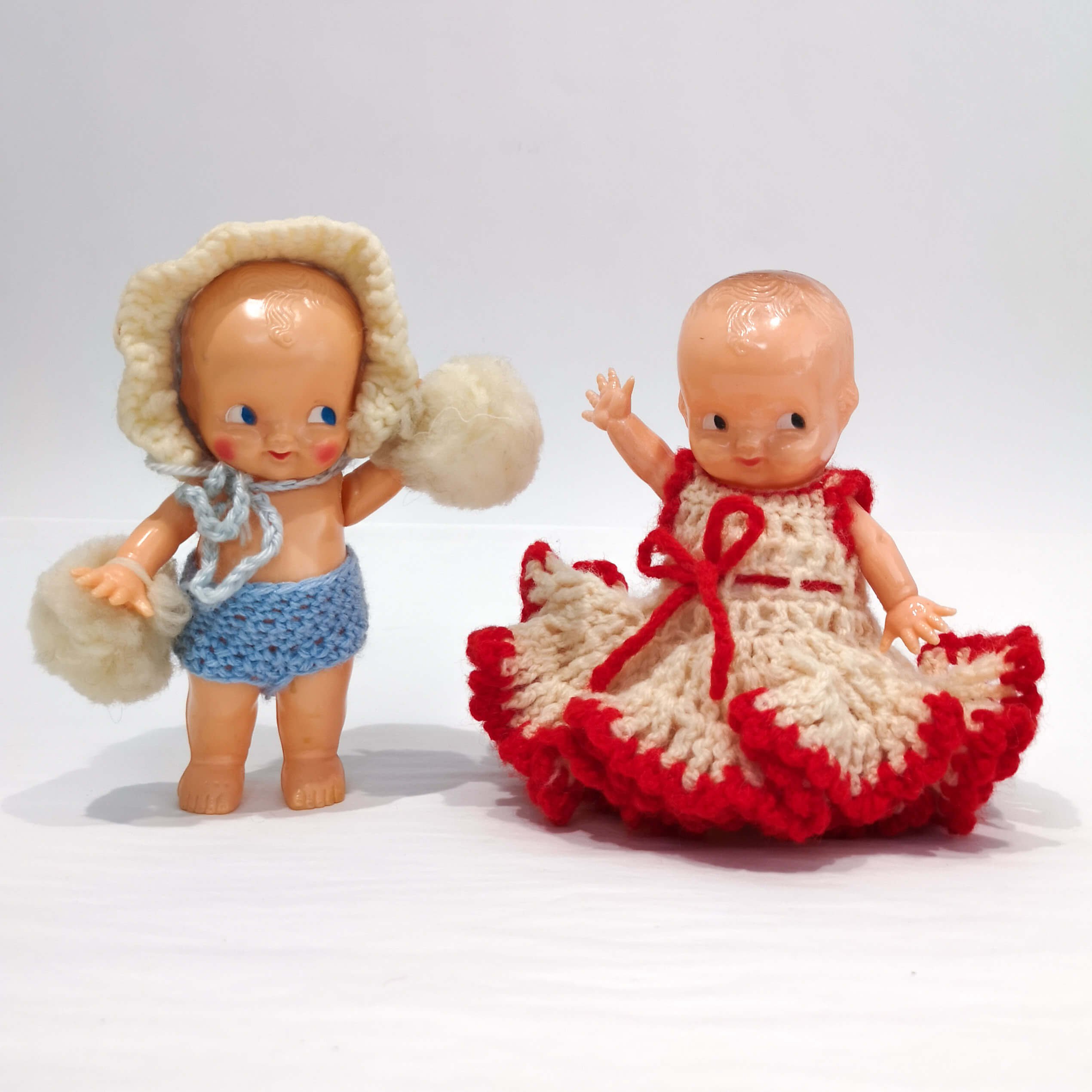 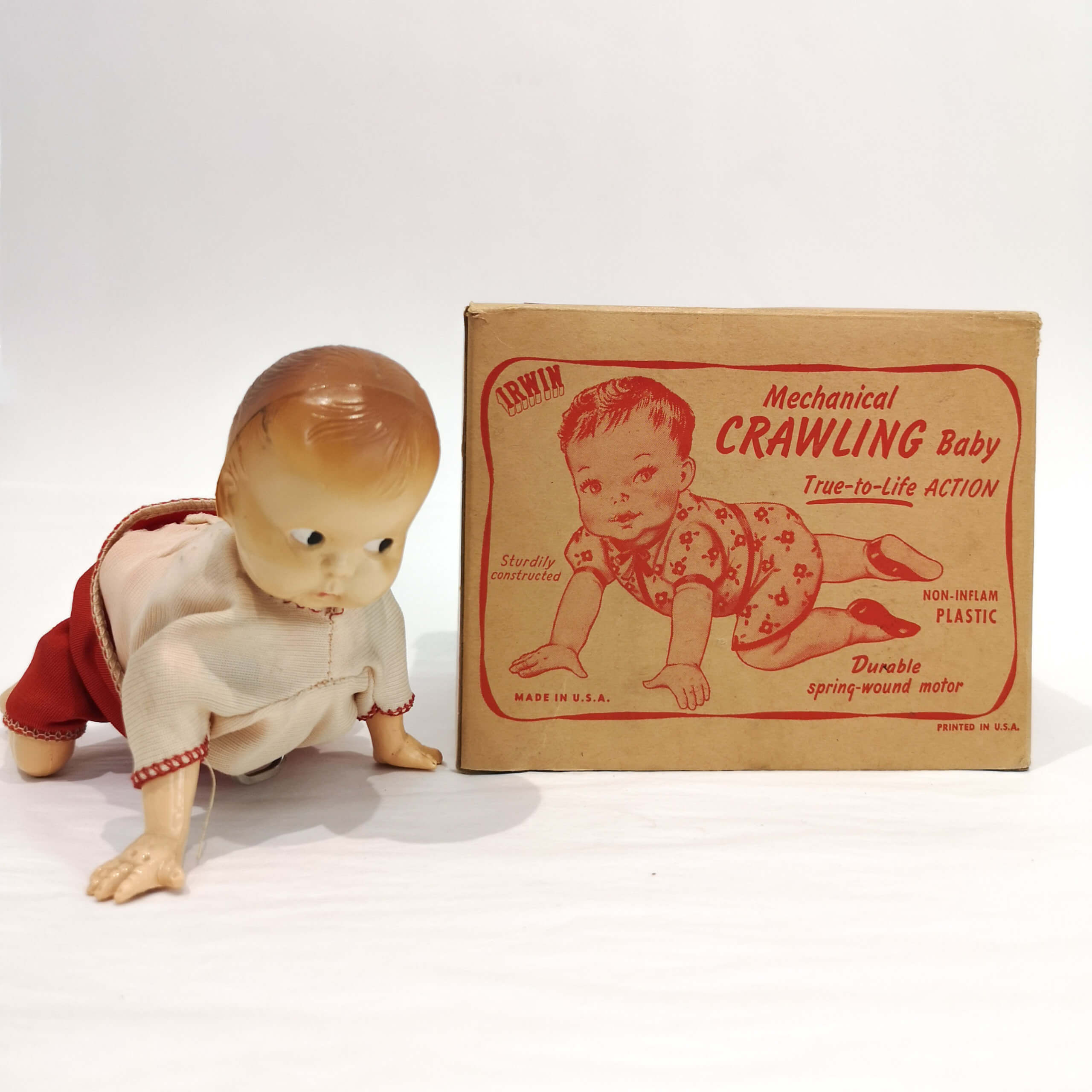 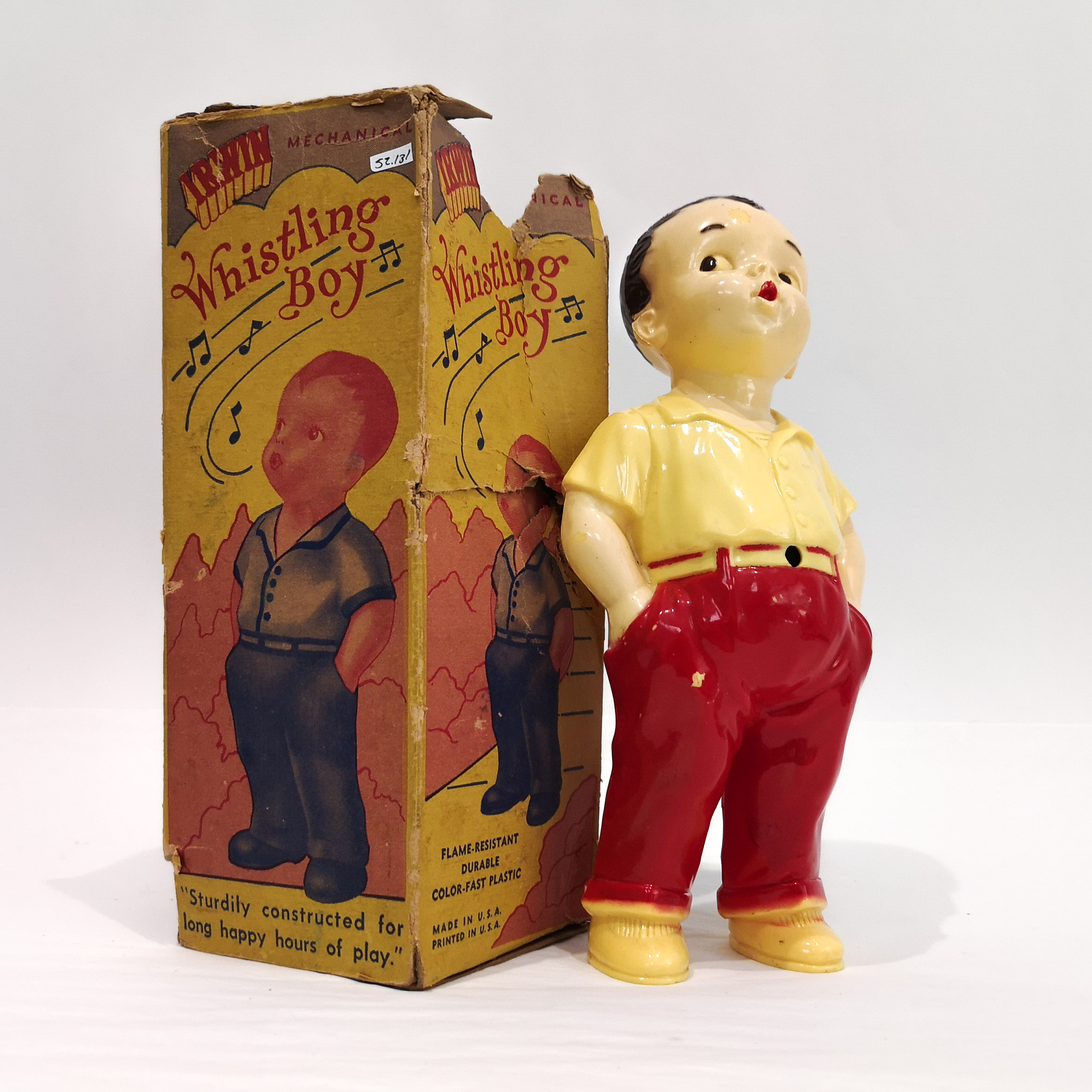 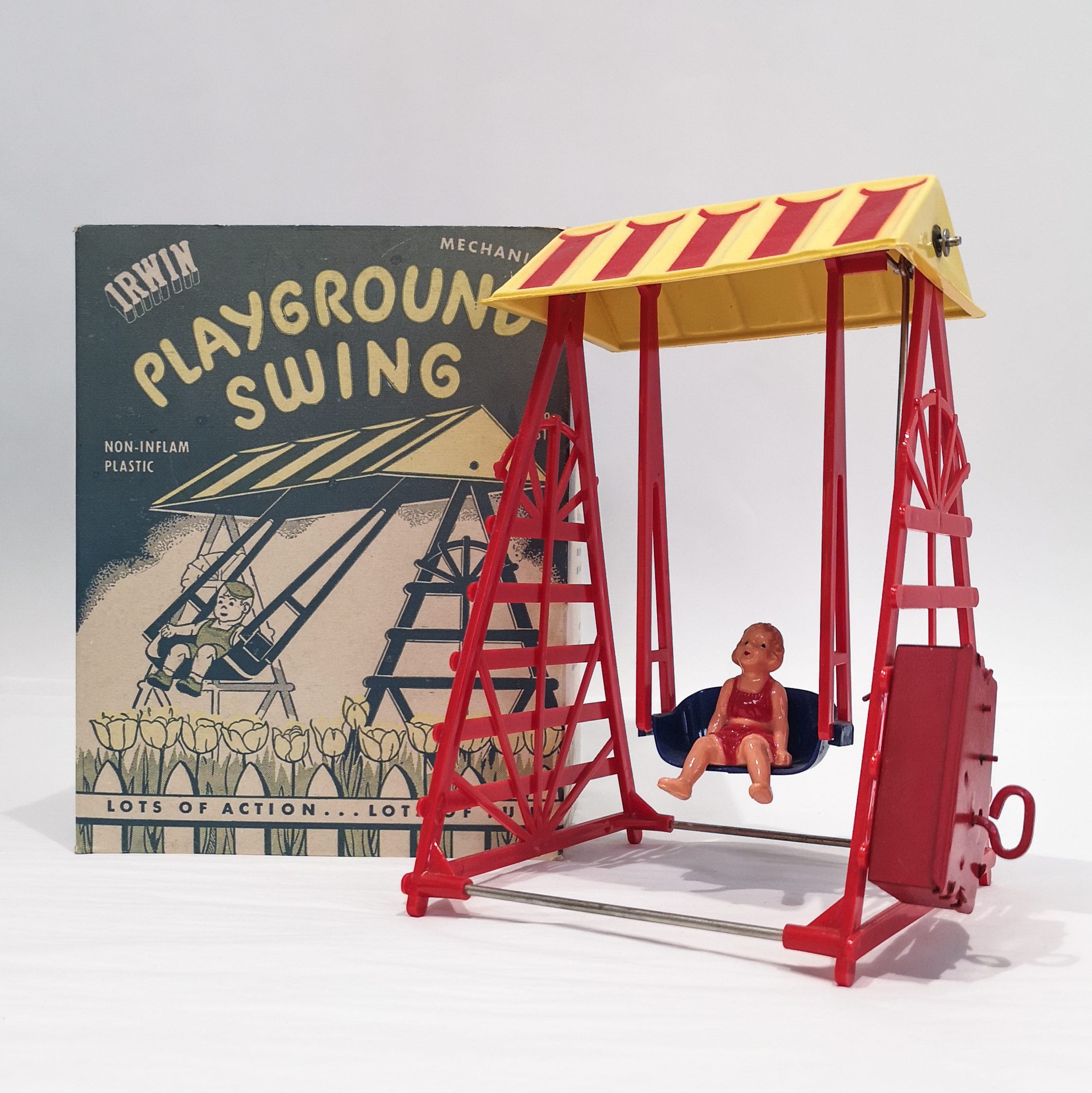 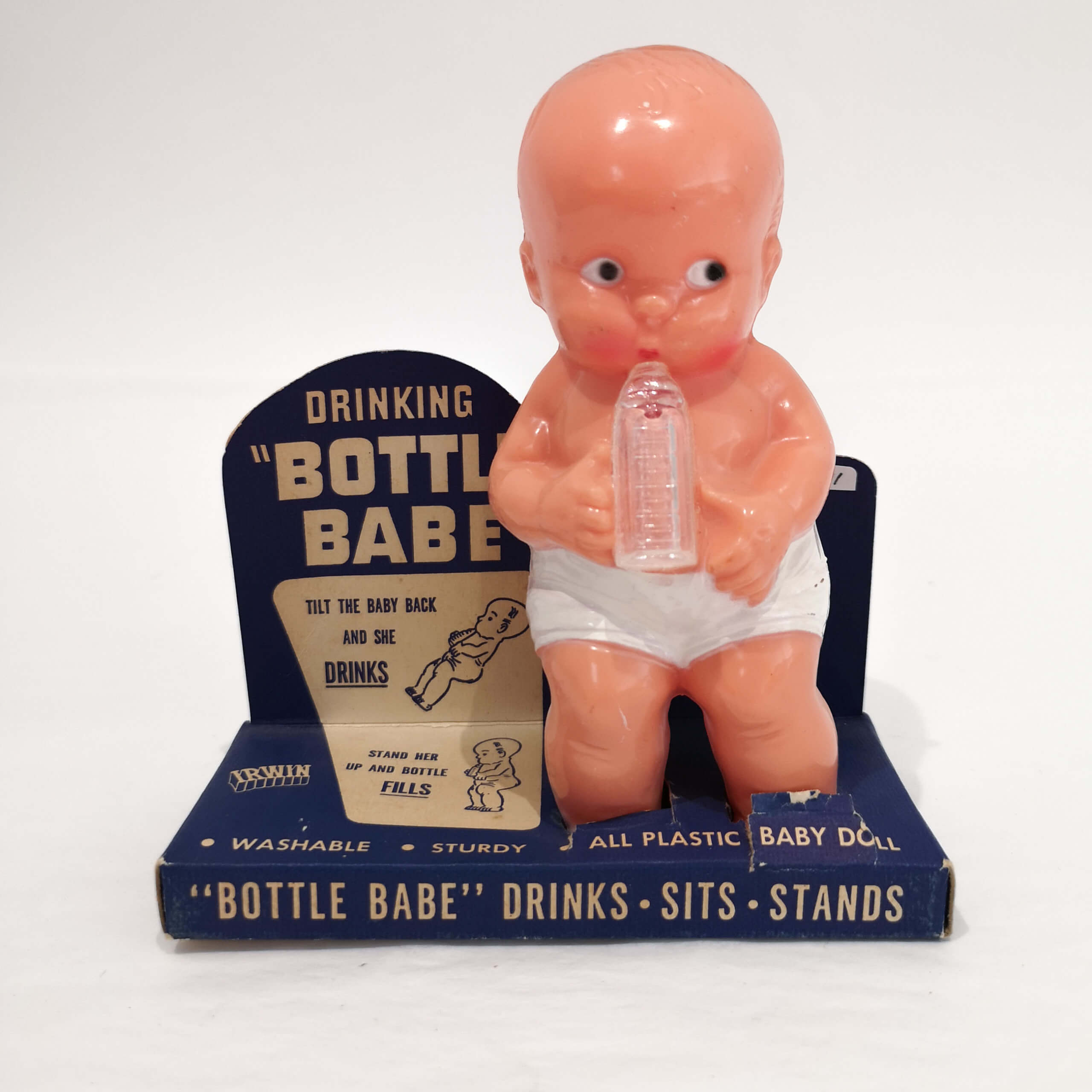 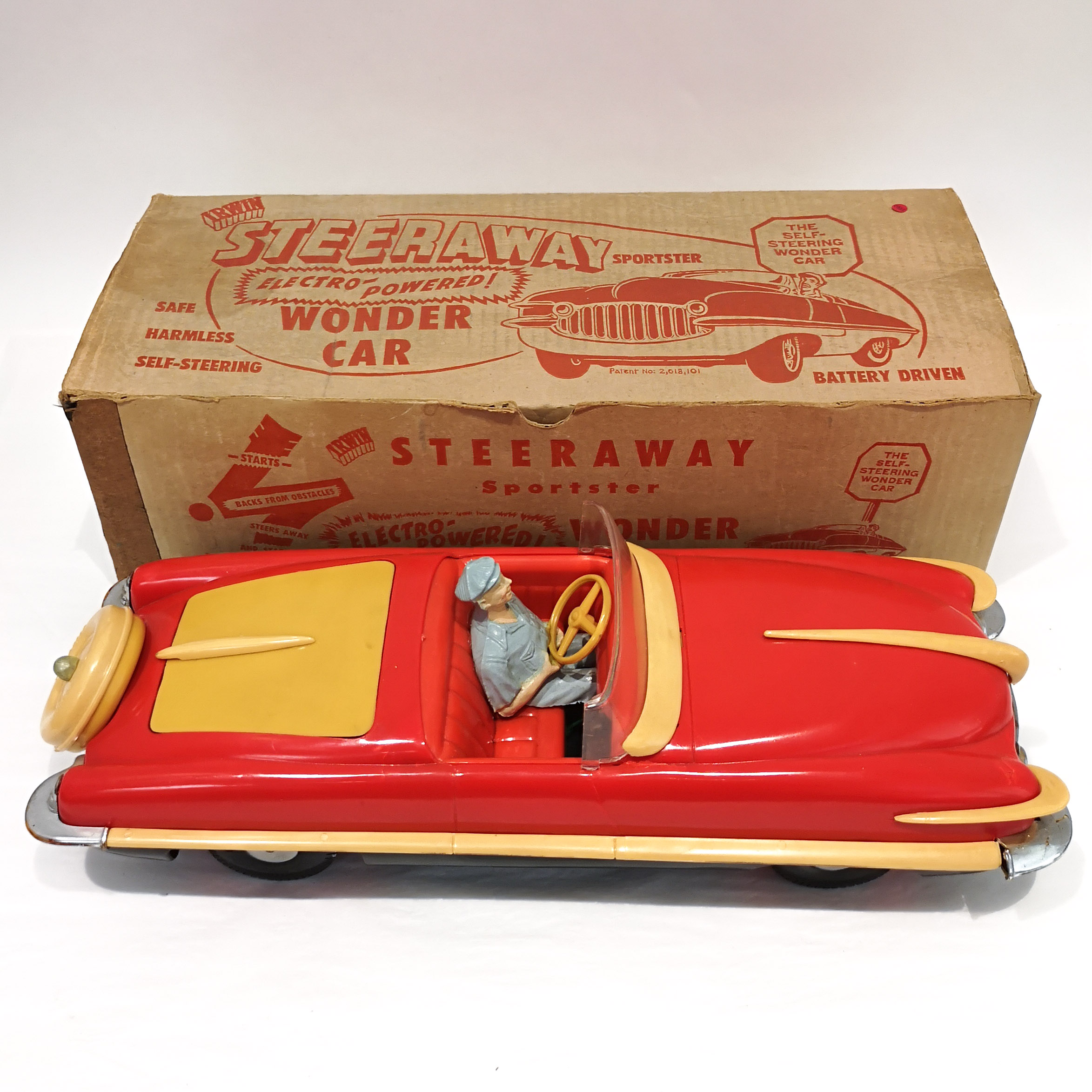 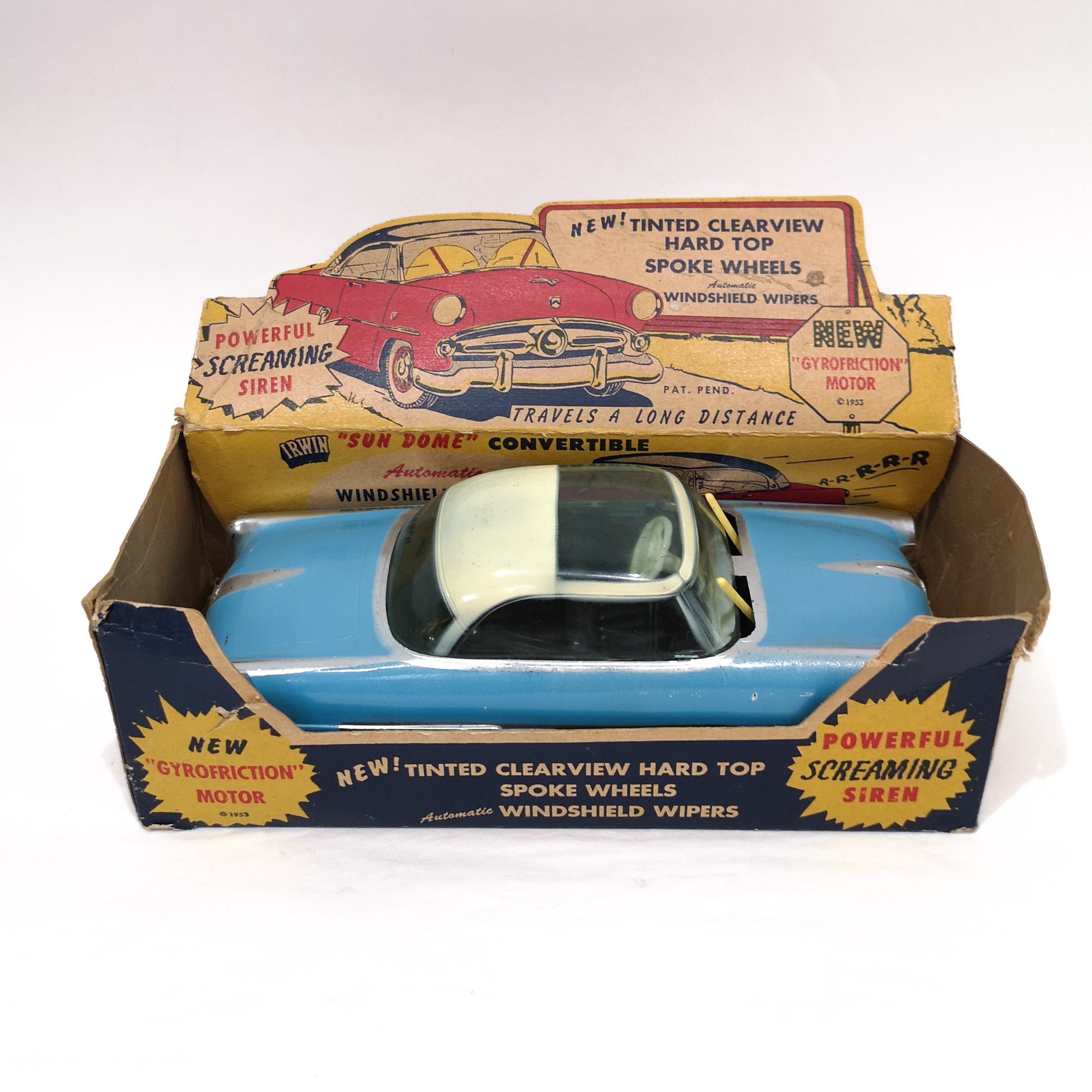 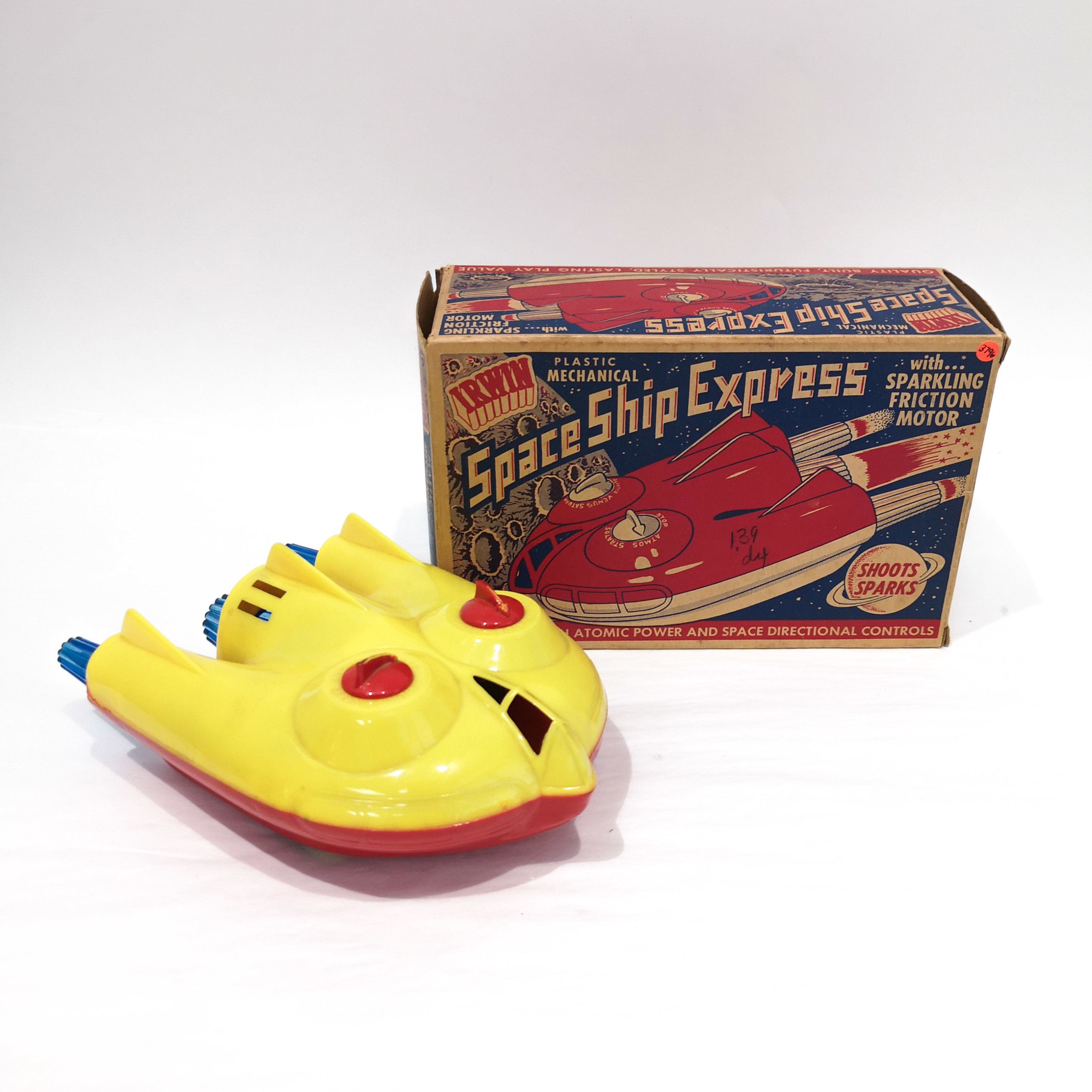 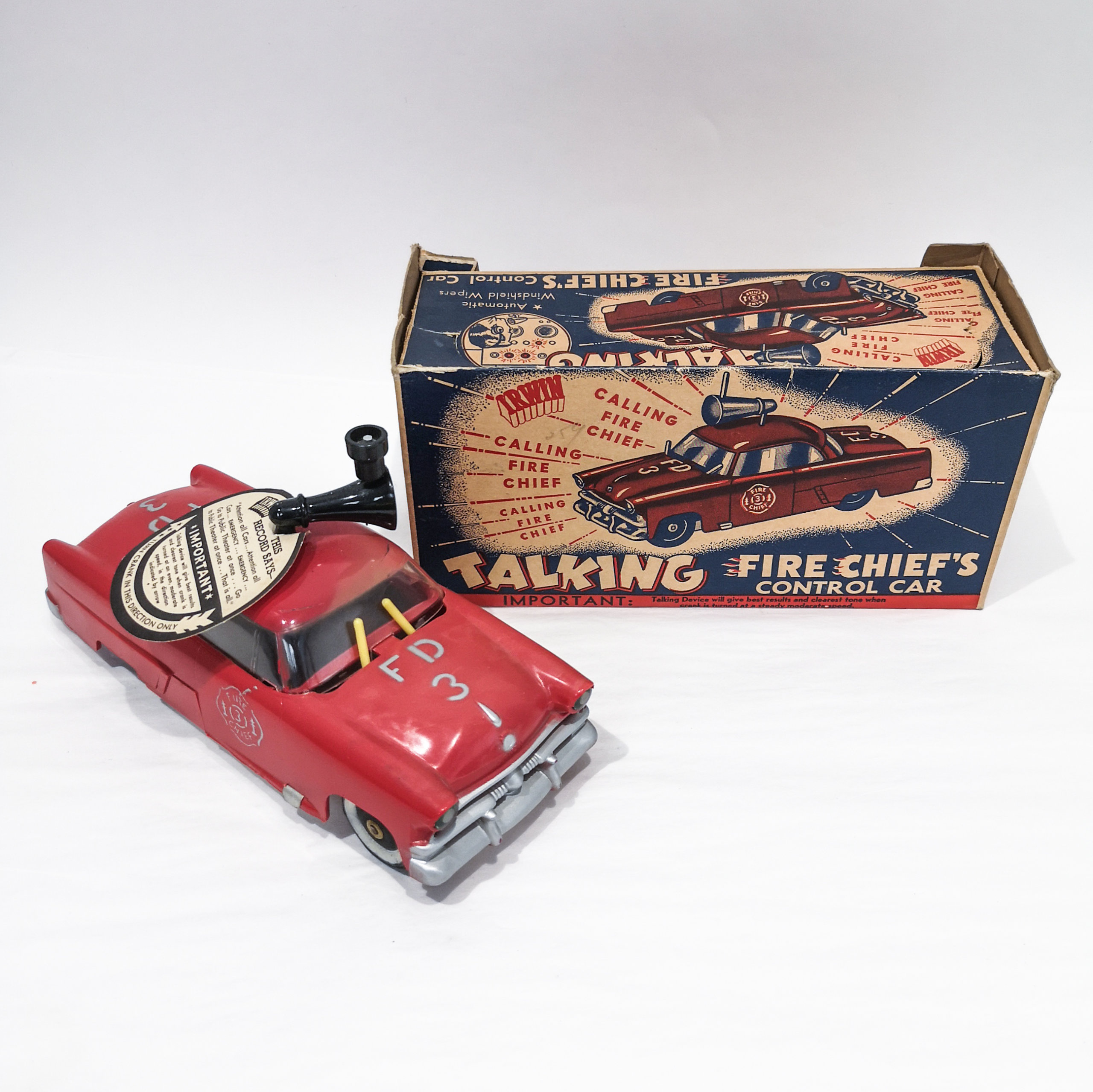 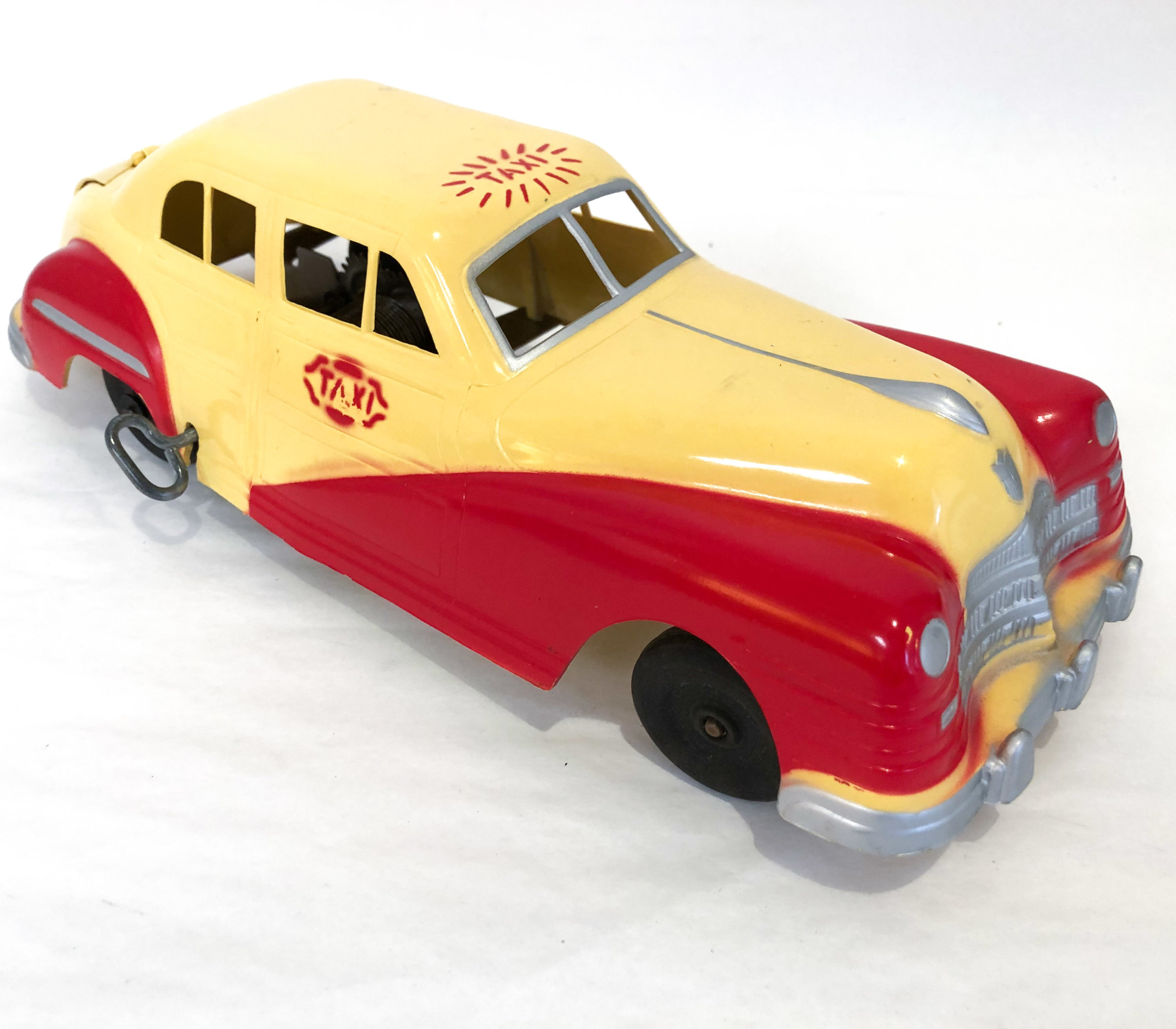 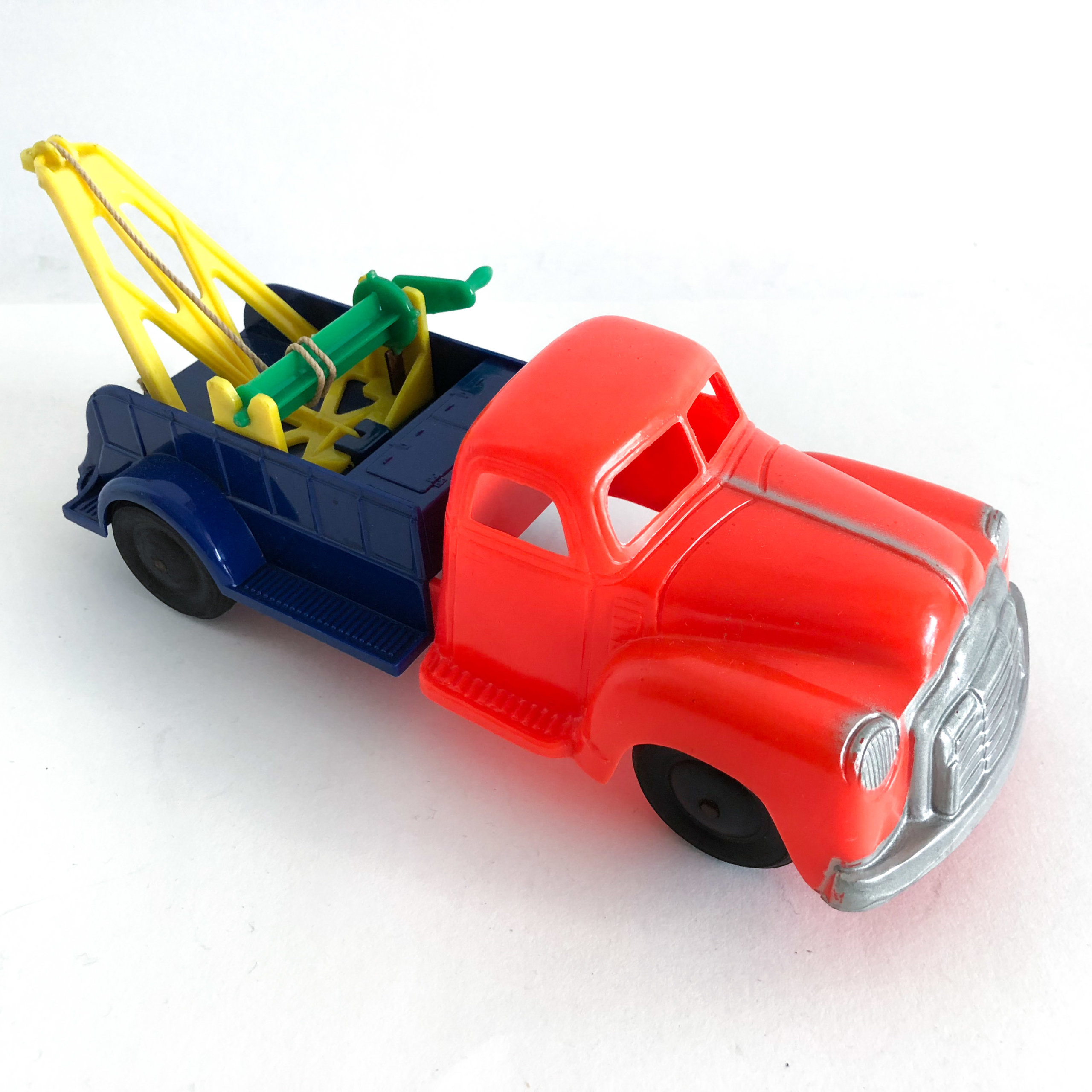