This showcase is dedicated in loving memory of Howard Meyer.  He wanted to show the world his collection (from toys to tape measures), in which he found so much joy.

Embroidery and the Bourgeoisie

During the 18th century, the most beautiful and decorative needlework tools would have been handcrafted and expensive, available only to the wealthy upper classes.  Most women would have only been able to afford basic utilitarian tools.  From the later 18th to the early 19th century, however, political, industrial and social changes in Europe brought forth a larger, more affluent middle class. The new bourgeoise woman could afford servants to take on the burden of housework and “plain” sewing (mending and making essential items such as linens, bedclothes, undergarments etc.).  This left the lady of the house with more free time to cultivate genteel “womanly” pursuits such as music and fine needlework. 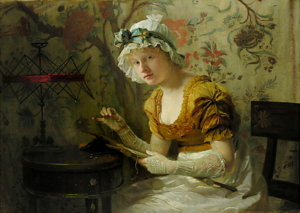 The popularity of needlework thus exploded during the 19th century. Victorian needlework manuals had many affluent housewives spending their time decorating every possible personal and household item in fancy embroidery. Once they had covered all of their own belongings, they would move on to making items for charity bazaars. Needlework was also a social activity – it could be done while receiving guests in one’s own home, or while paying visits to friends and neighbors. According to needlework designer and author Gay Ann Rogers, this popularity bordered on obsession, “sometimes result[ing] in a monomaniacal cult of the needle”, driving husbands to “seek refuge elsewhere”, such as smoking clubs.

After the industrial revolution (mid 18th-mid 19th century), the process of making needlework supplies (a craft in itself) became more mechanized. This change meant that many needlework tools could be produced cheaper and in greater quantities. In turn, needlework became a more accessible for women of lower classes as well – though to a lesser degree, as their time and resources would have been much more limited.

From the 18th to the 20th centuries came a proliferation in sewing notions that were not only useful, but also highly decorative – and often quite amusing. Some of the most creative and varied needlework tools to emerge from this period of proliferation were tape measures. Though a tape measure seems like a pretty basic and essential tool today, that wasn’t always the case.

This first tape measures used by tailors didn’t have any unit markers at all.  They were made of paper, and the tailor would use a different one for each customer.  The tailor would measure various parts of the customer and record them with notches cut into the paper.  Each tailor would have their own notch system, with different notch groupings representing different reference points (for example, two notches might represent arm length, while three notches might represent the waist, etc.). This system meant that one didn’t need to be literate in order to draft a pattern – as long as they knew the code.

Later on, when fabric tape measures started to be made with unit markings on them, many were calibrated in fractions of a yard and units called “Nails”.  Sometimes, these measurements were marked with letters instead of numbers, or a combination thereof. For example, “HY” was a half yard, “Q” meant quarter yard, and “HQ” was 1/8 a yard.  These older units could still be found on some early 19th century measuring tapes, though inches and centimeters would have been the norm by the 19th century. 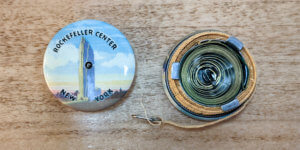 Many cylindrical tape measures were decorated with engraving, carving, inlaid mother of pearl or mosaic to match the fitted sewing case with which they came. During the Victorian era, as vacationing became more popular in Europe and America, tape measures became a popular souvenir item – these featured tiny images of landscapes or landmarks on their surfaces.

Starting in the 1870s, the design of tape measures began to trend in a particularly playful direction. Commonly made of copper, brass, and celluloid, these whimsical tape measures were shaped like animals, plants, people, vehicles, buildings, household objects, shoes, hats, and more. Rogers speculates that this trend may have emerged out of the “cheapness of mass production, which led to a never ending search for novelty.” Many of these novel designs were produced in Germany and Austria, though England and the US also contributed to the production of toy-like tape measures. This trend continued well on into the 1930s, with Japan also joining the market in the 20th century.

Check out the gallery below to see some of the 19th to 20th century sewing notions including figural tape measures and thread and needle cases from the Collectors Quests permanent collection. NFS 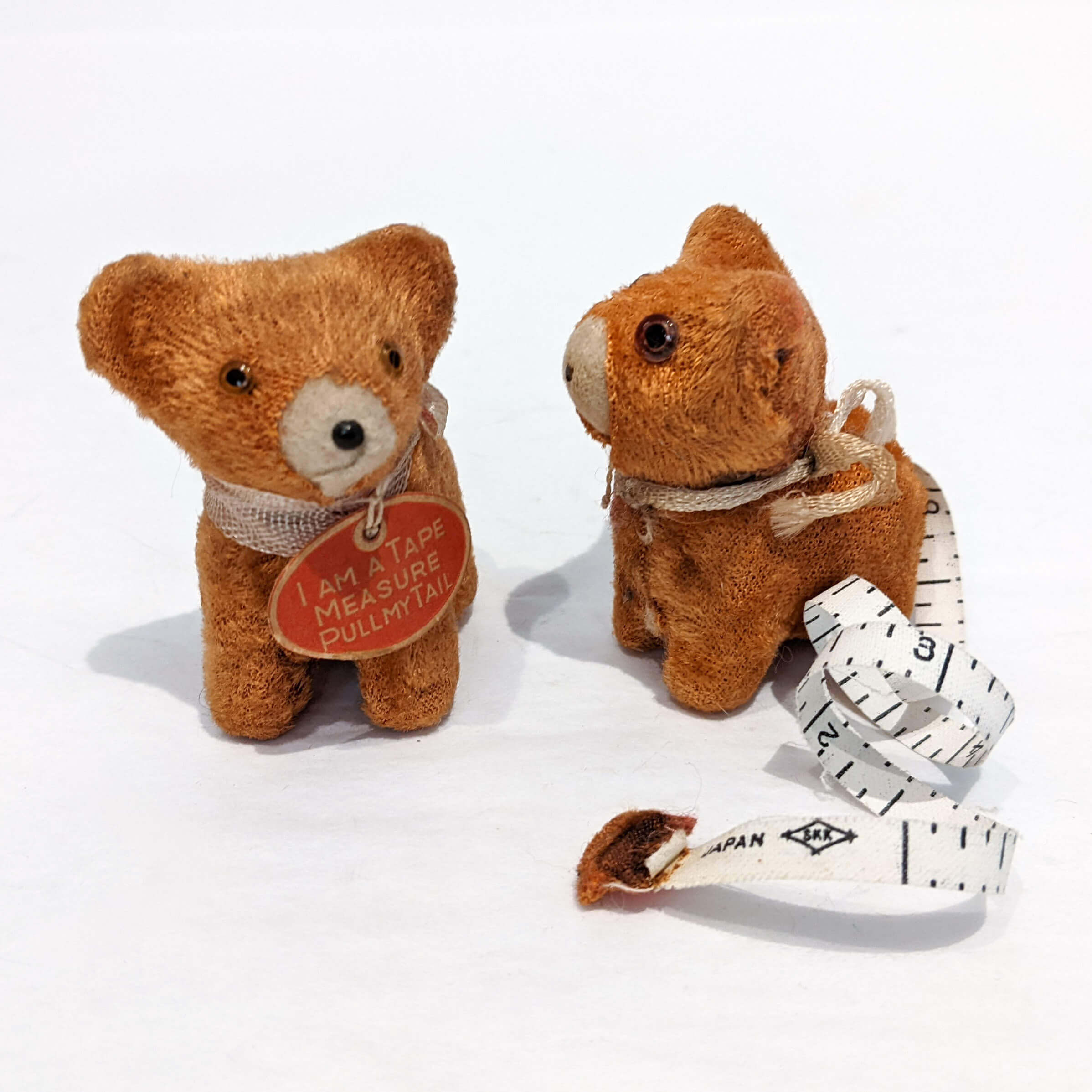 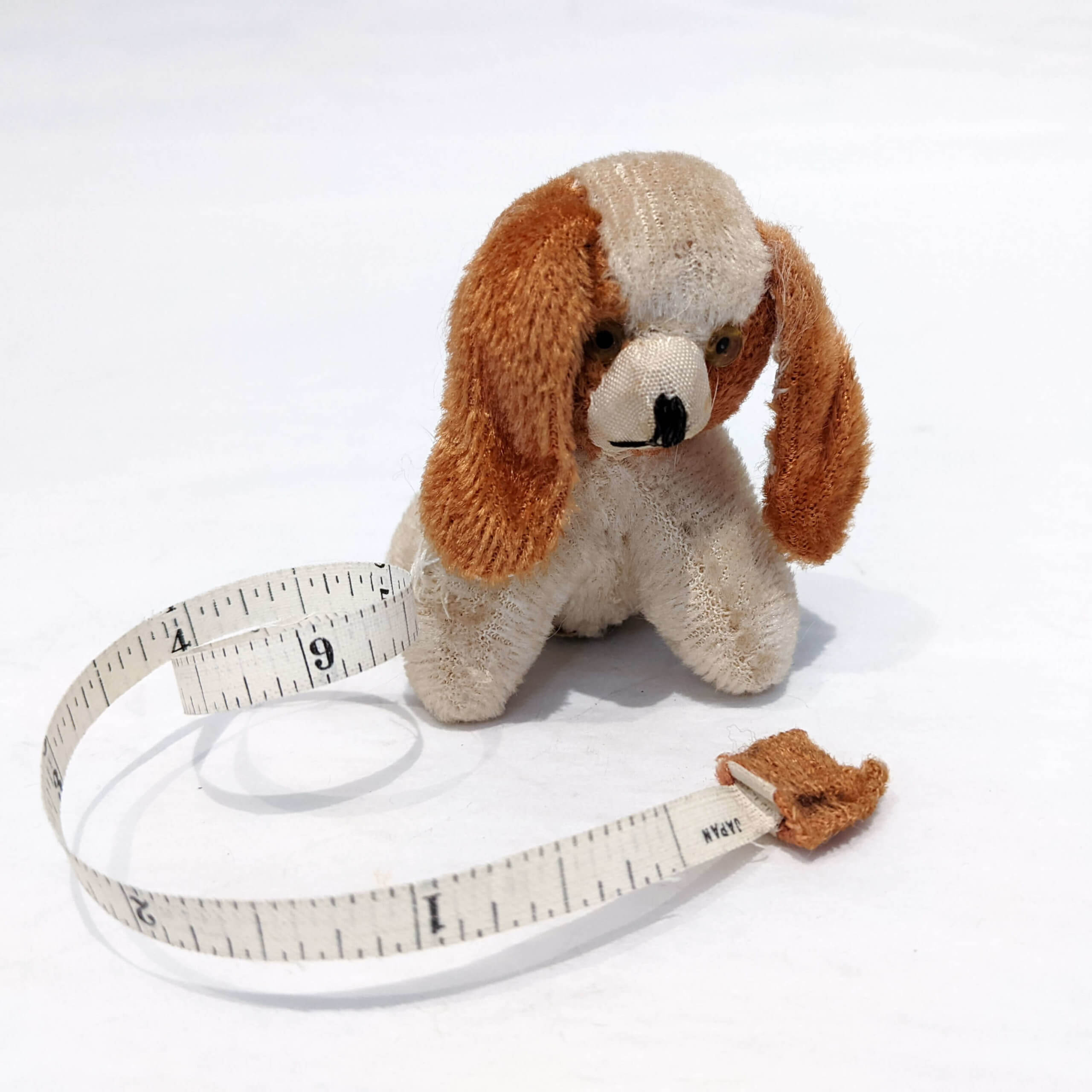 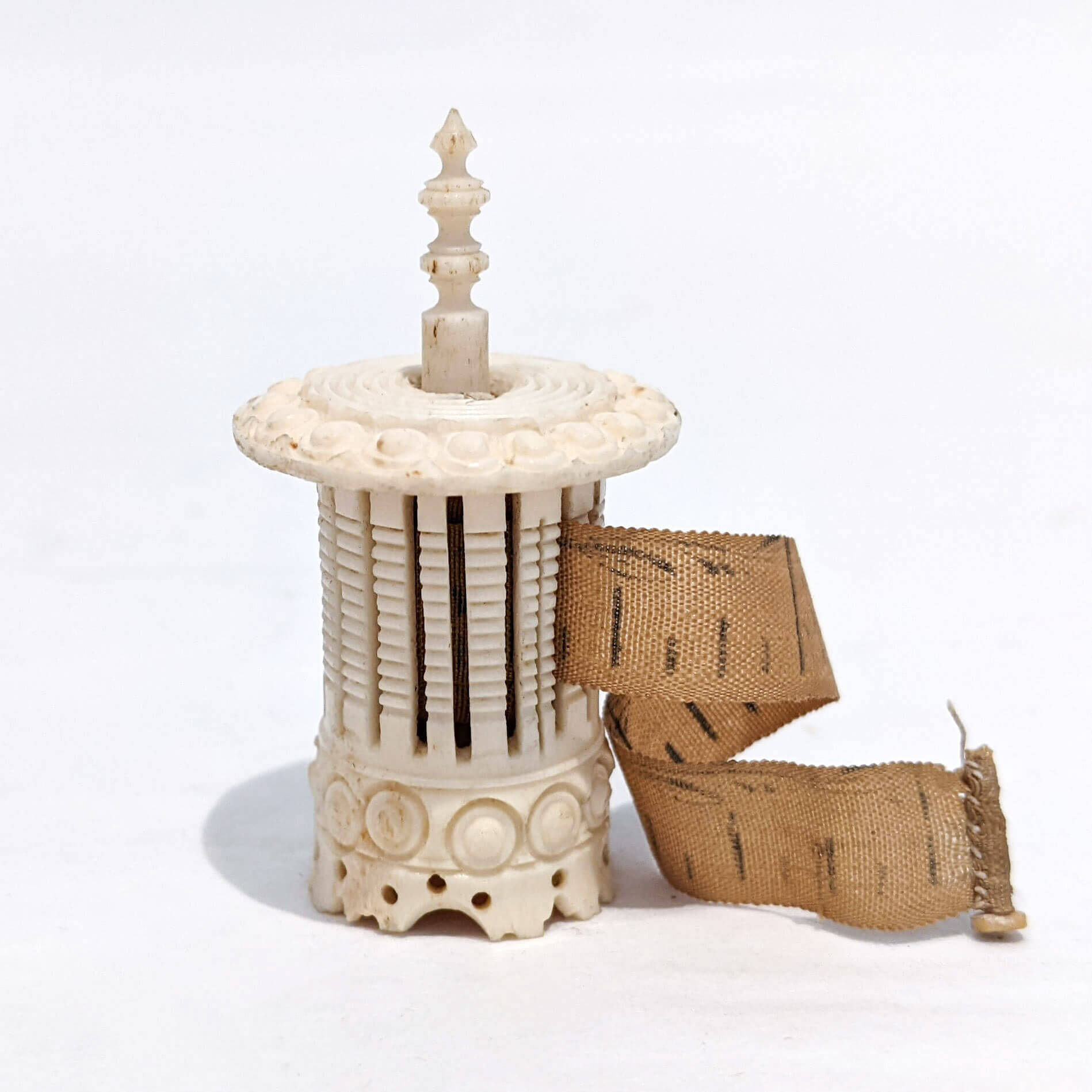 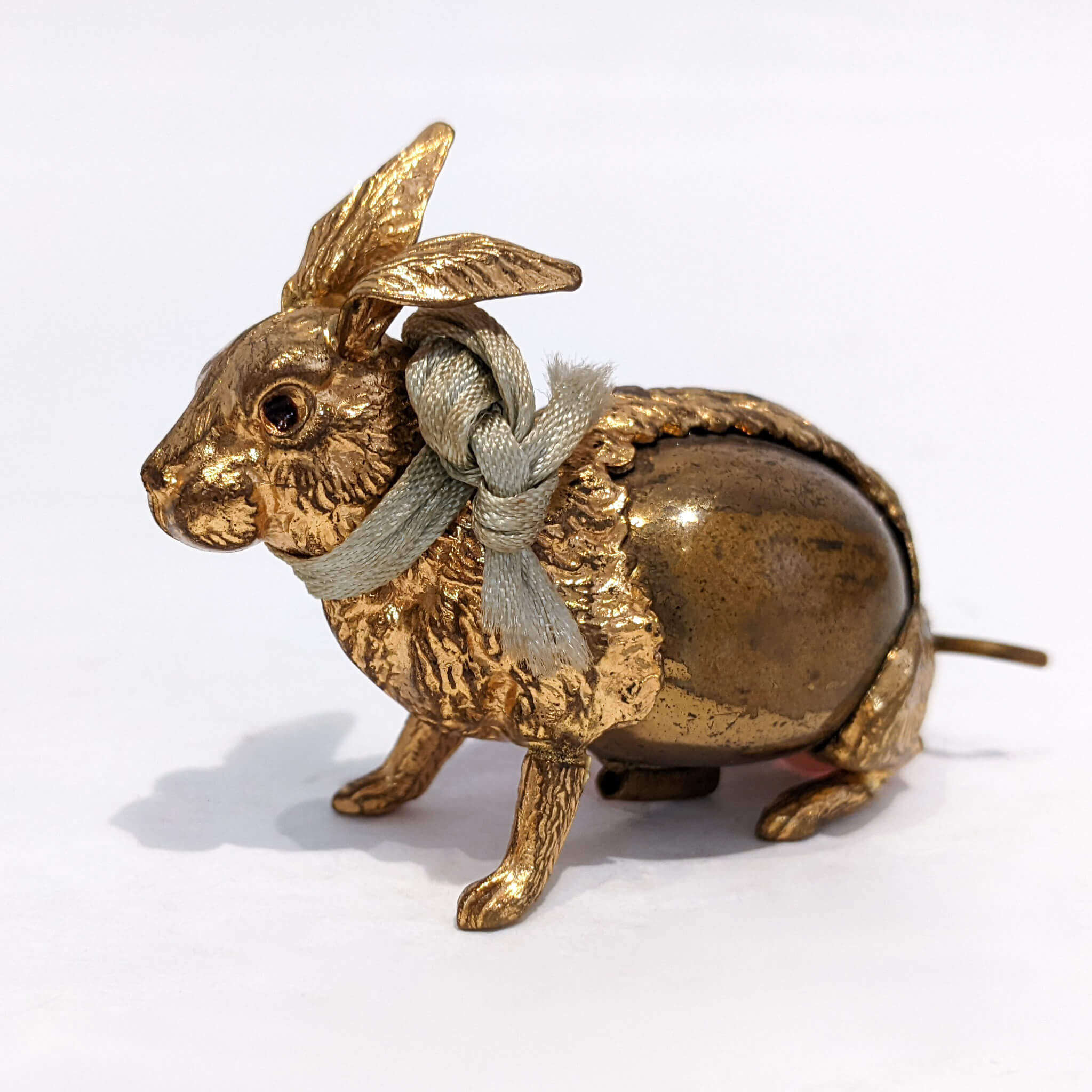 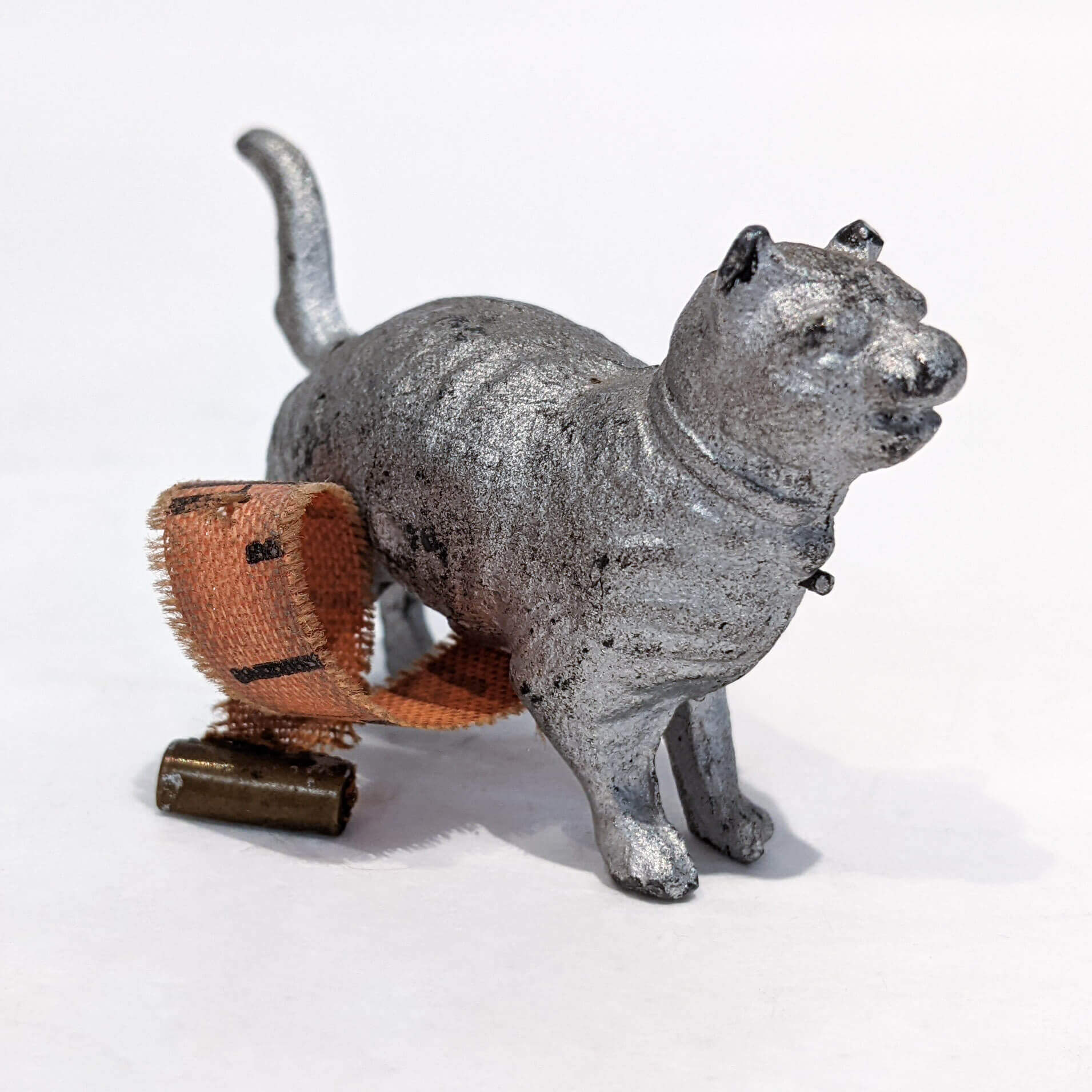 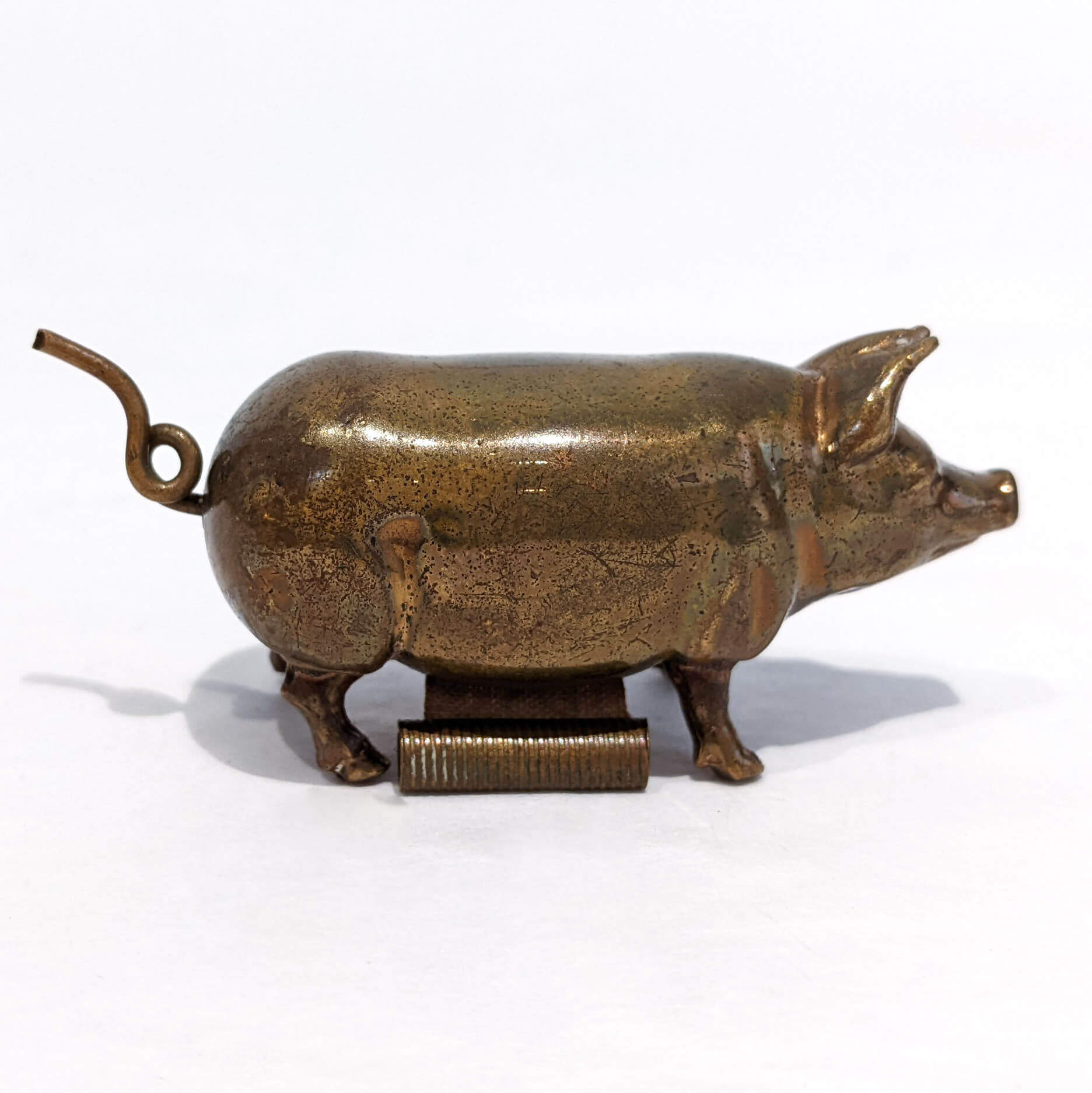 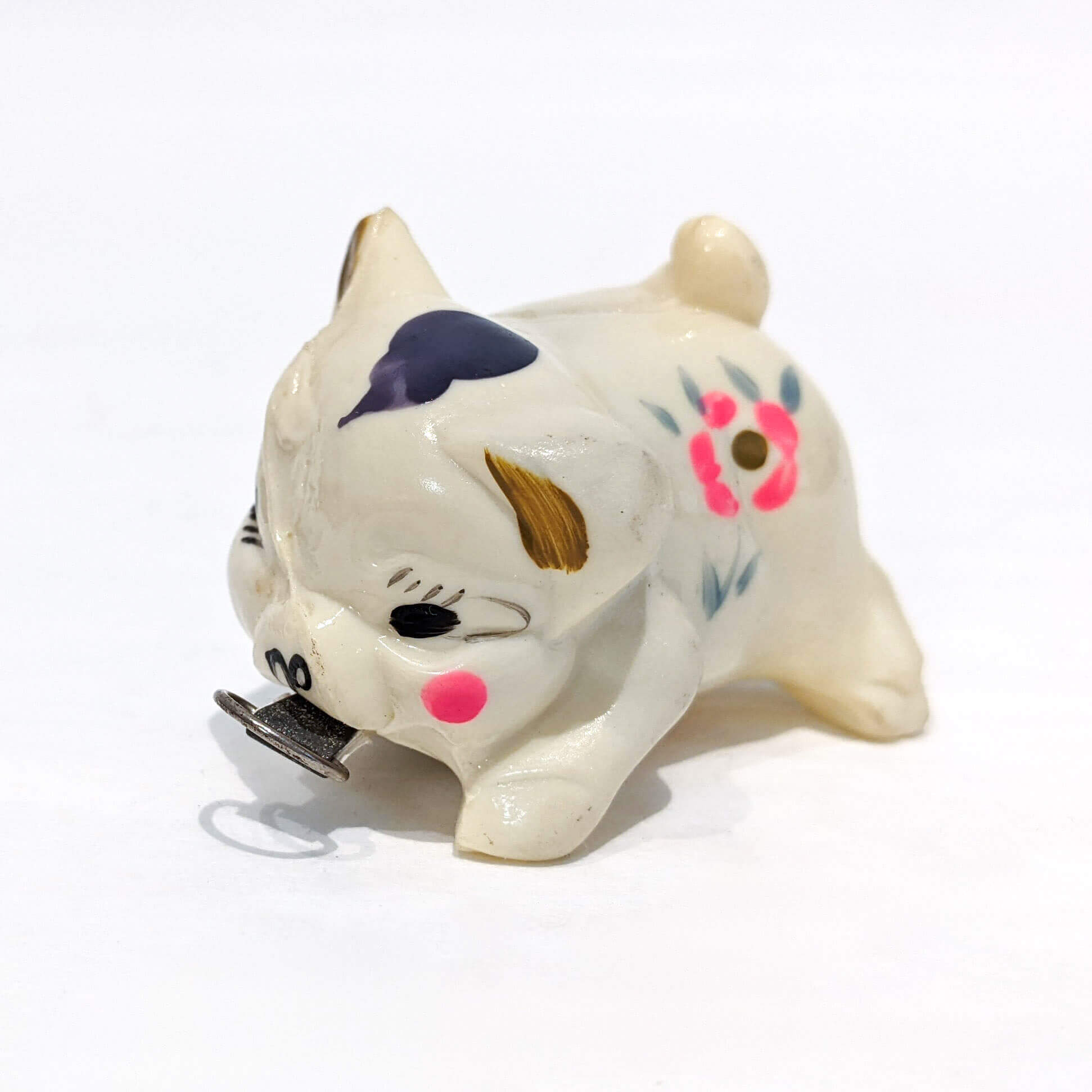 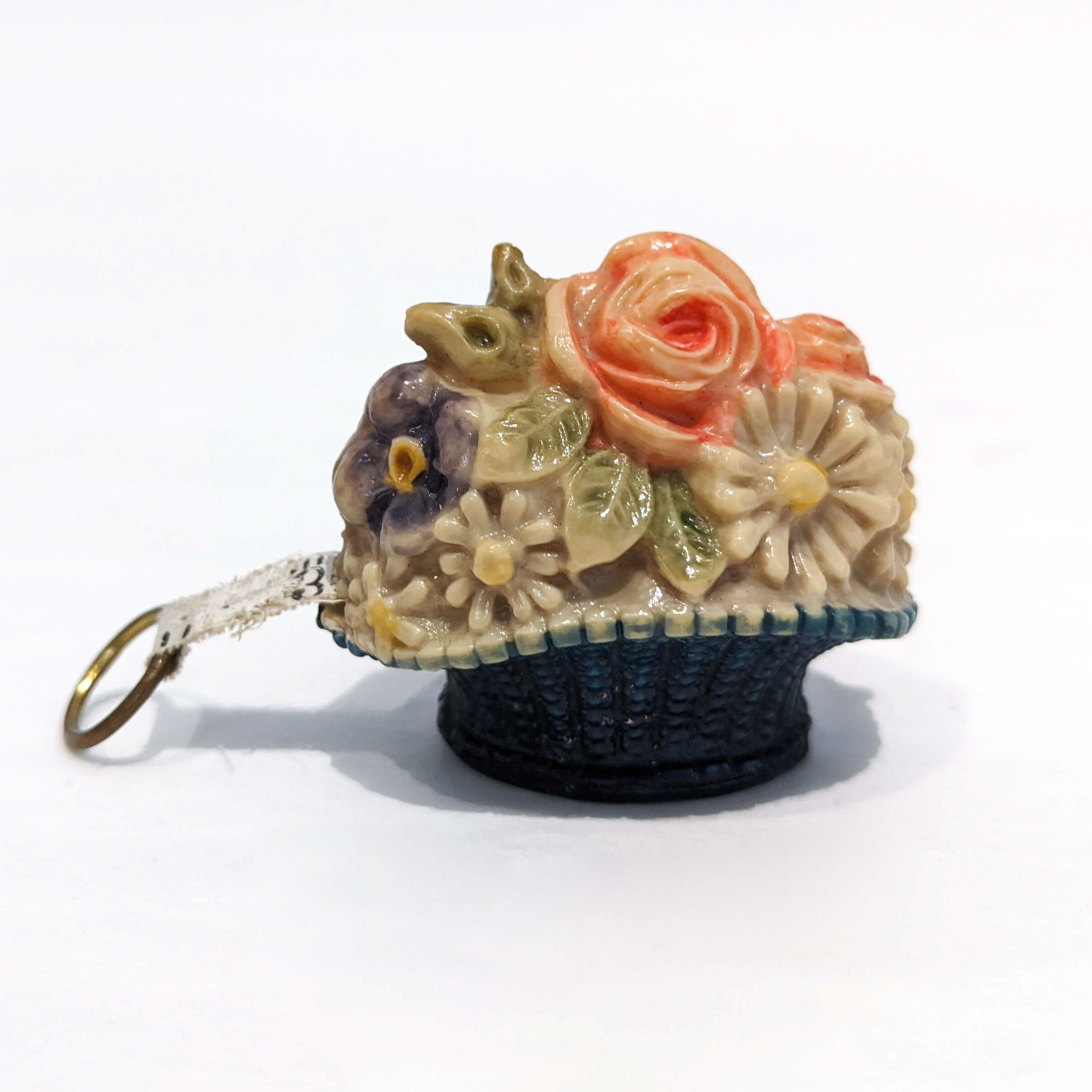 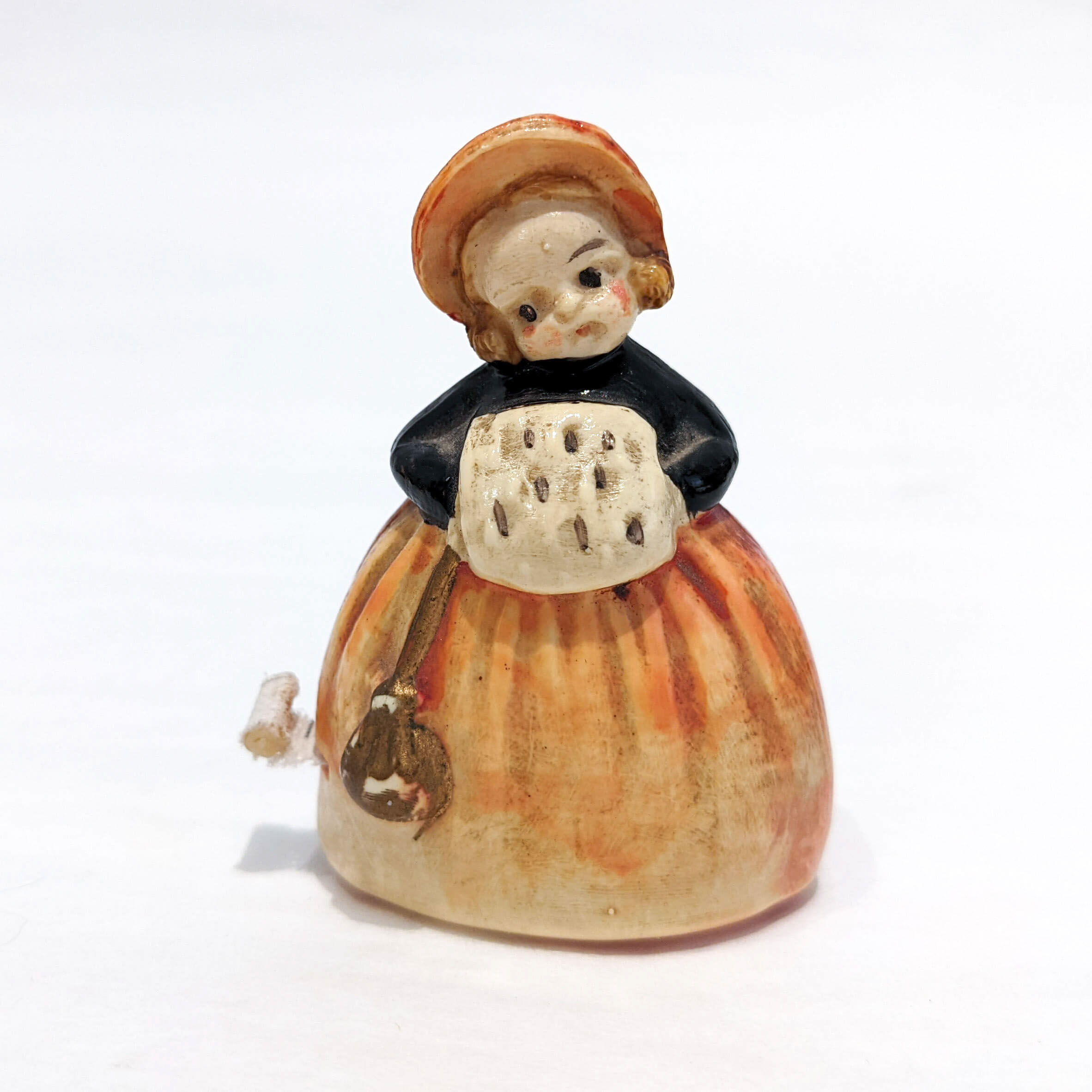 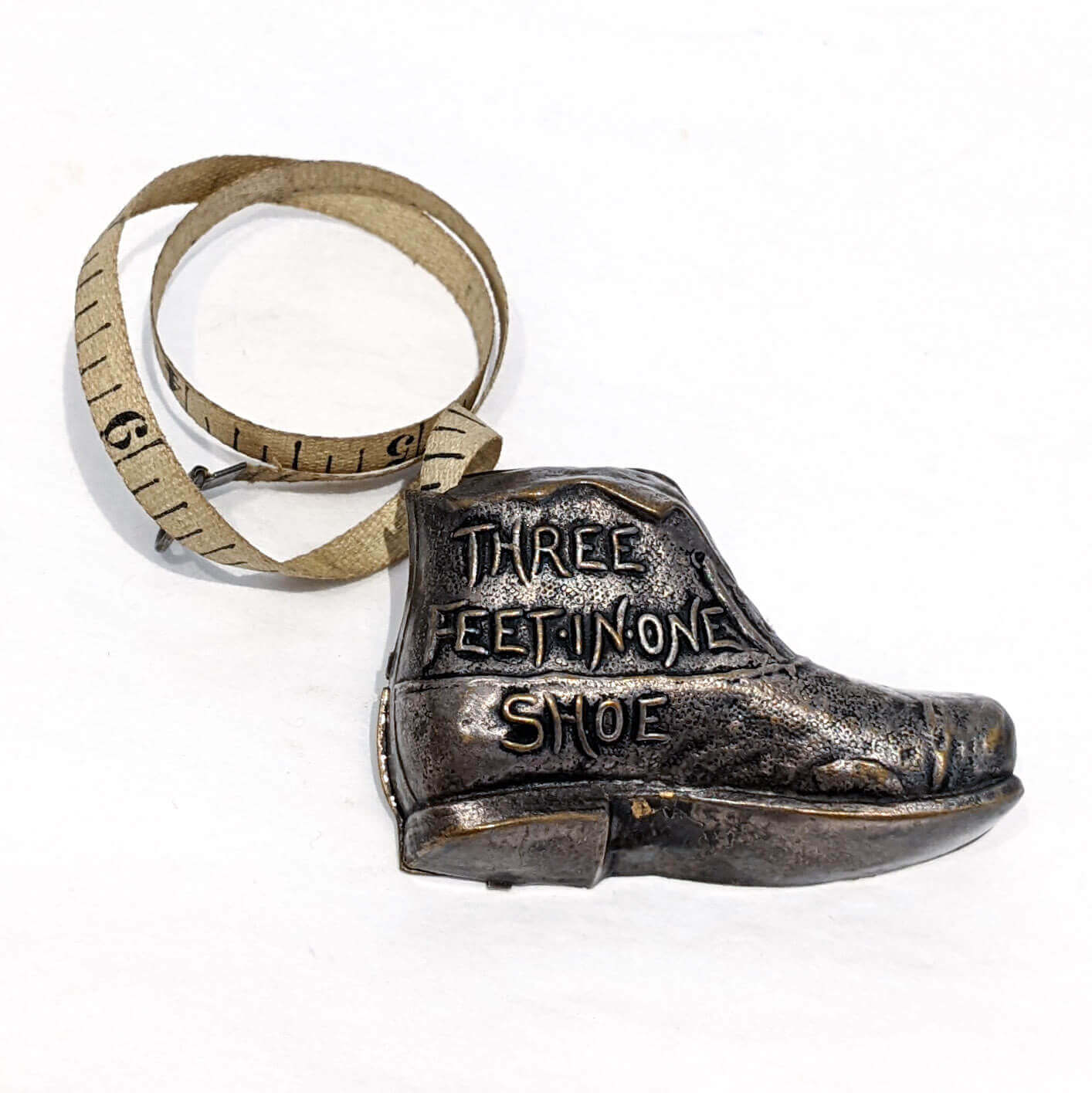 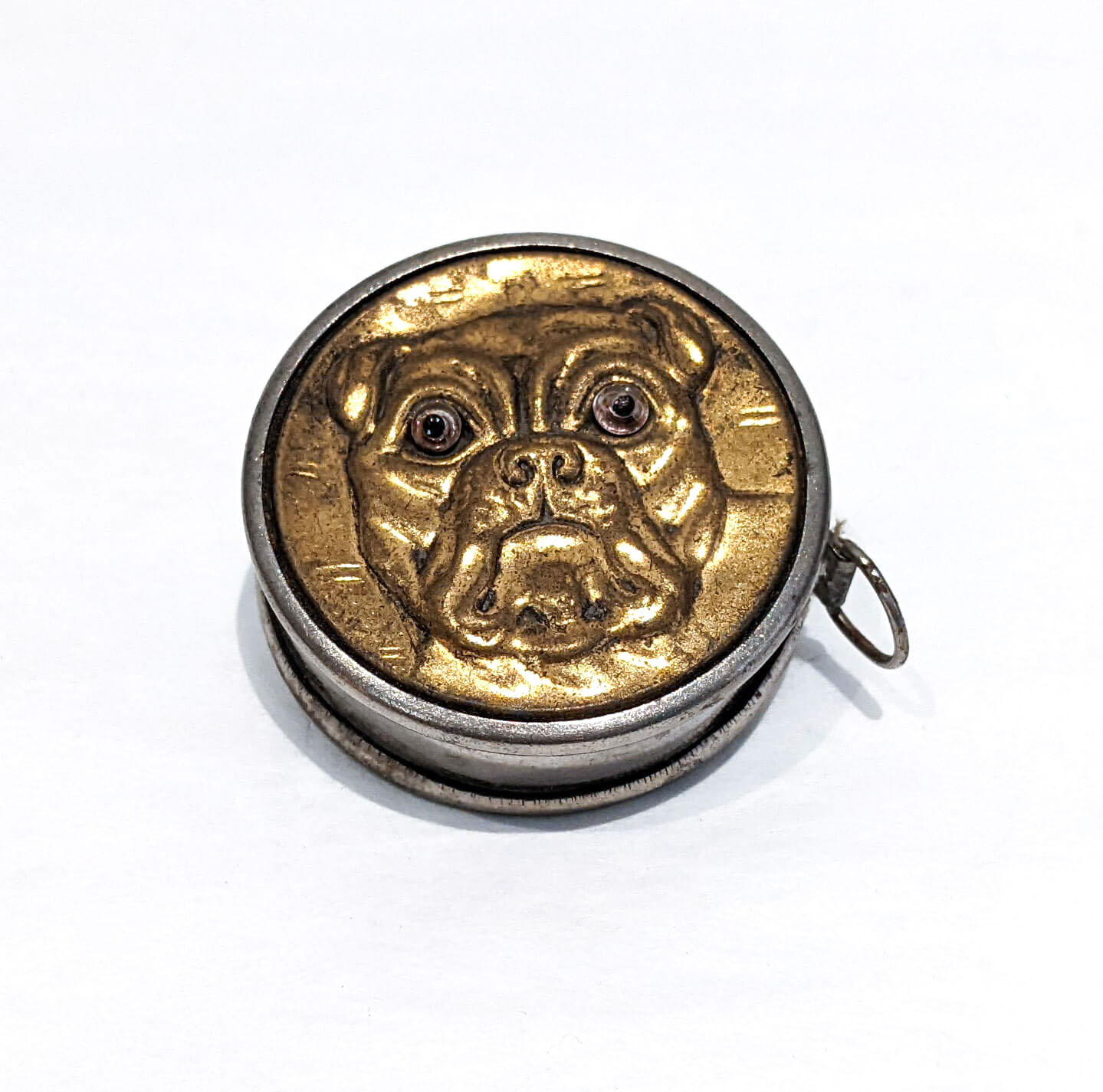 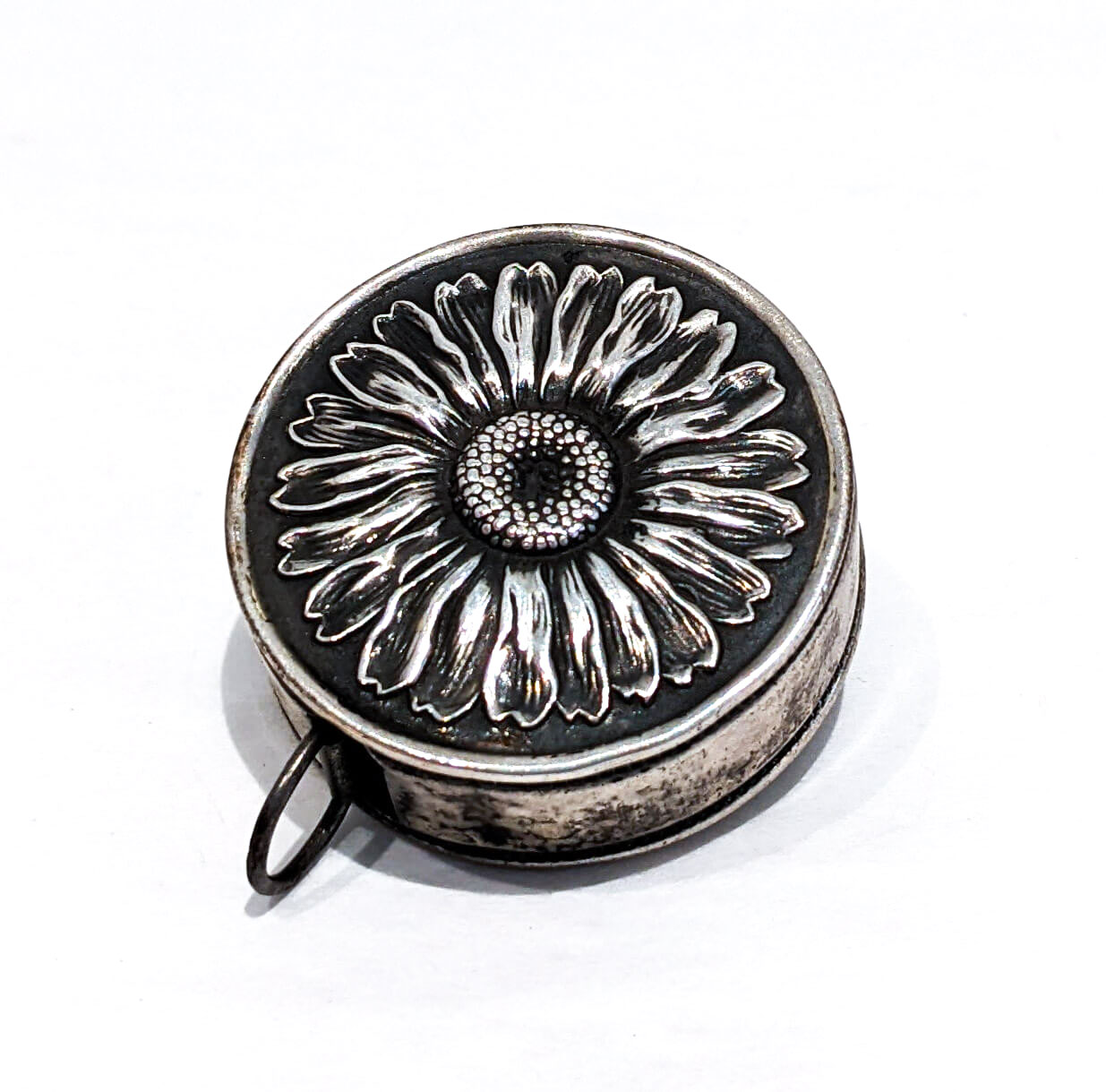 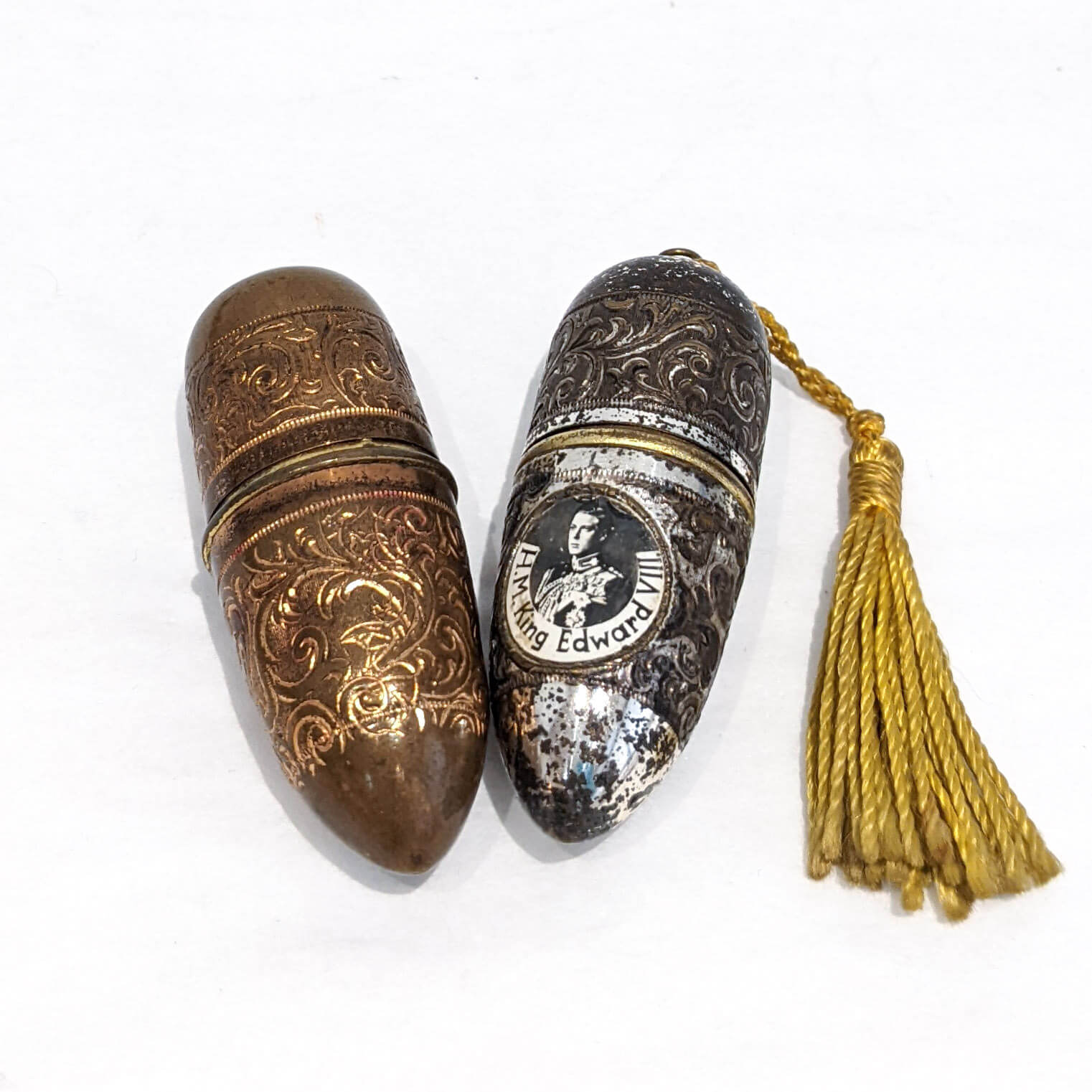 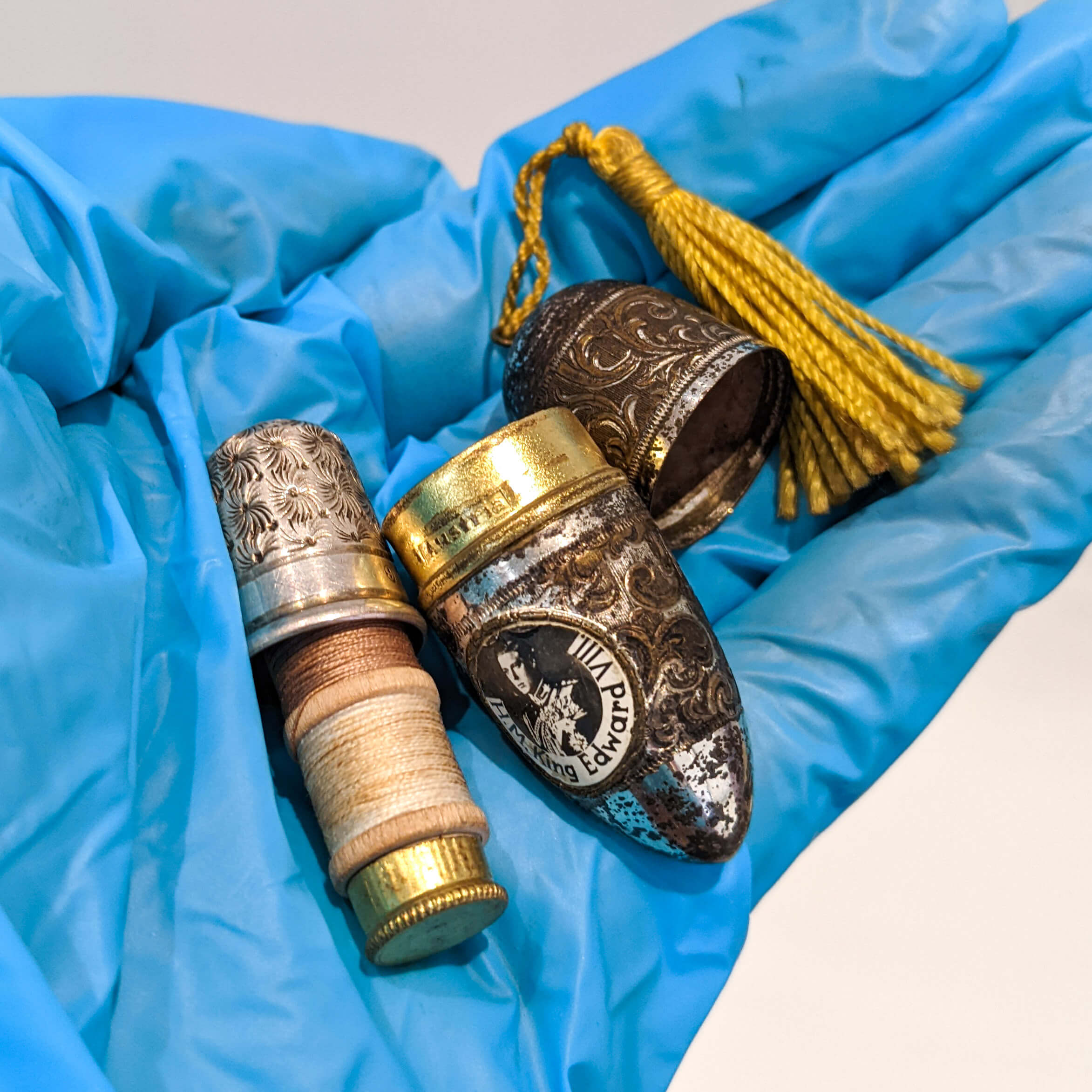 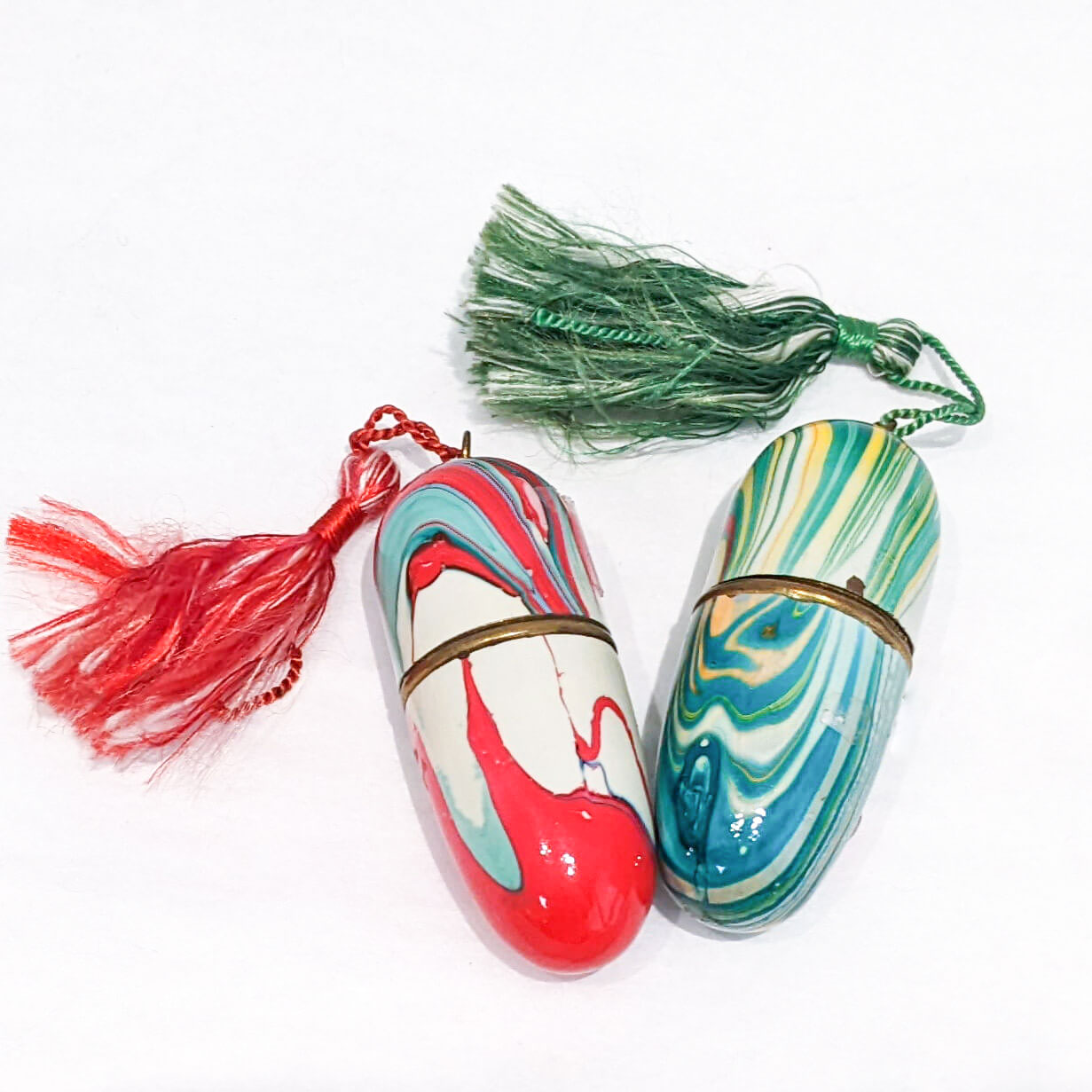 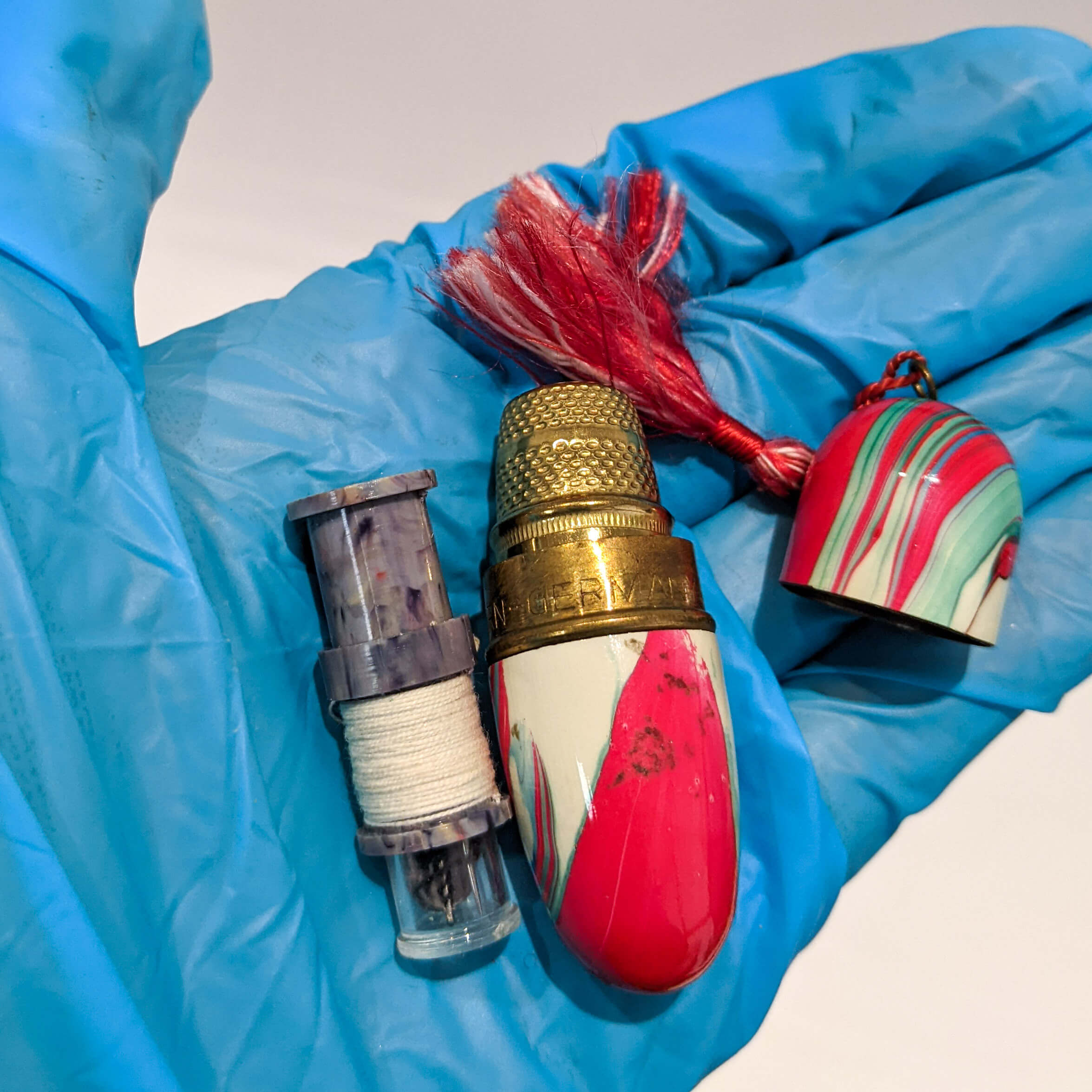 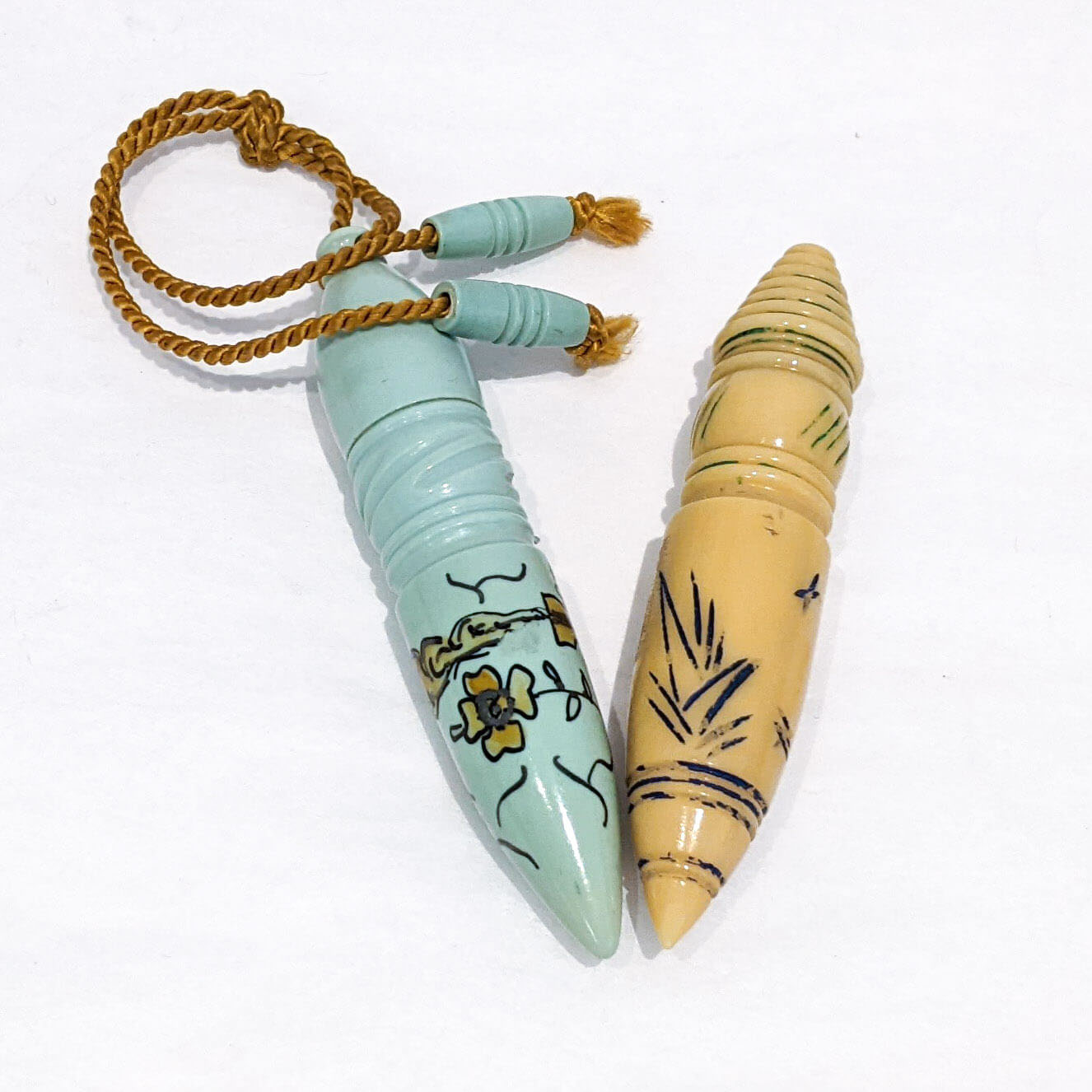 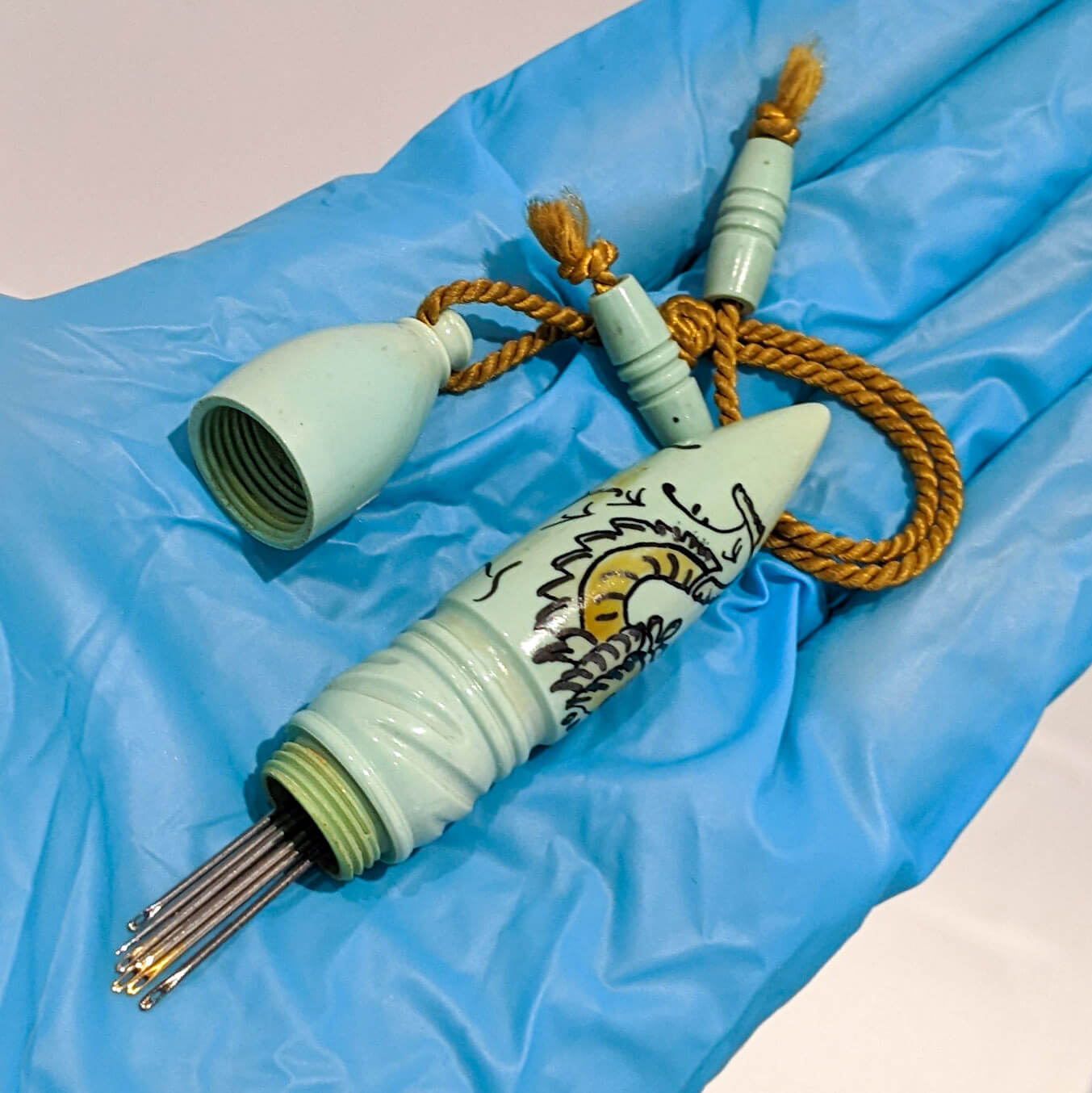