In 1920, Harry Burt had developed an ice cream compatible chocolate coating, which he used to envelope ice cream in a bar format. The first to try it was his daughter, who concluded that though delicious, it was very messy to eat.

His son then suggested freezing a stick into the ice cream to use as a handle, and Good Humor ice cream bars were born. Burt applied for a patent that same year. In 1923, after waiting patiently for three years with no patent granted, he took control of the situation, packing up 5 gallons of his delicious invention and making the trip from Youngstown Ohio to the Washington D.C. patent office. Officials were impressed and he was immediately granted his patent. Turns out the true key to a patent officer’s heart is through his stomach.

Burt also started the first ever fleet of ice cream trucks, rigging up 12 food vendor trucks with freezers and bells. From here he sold his frozen creations, and thus grew the Good Humor empire.

During the early 19th century, ice cream in North America was an exotic delicacy, enjoyed mostly by society’s elites. By the 20th century, however, advances in industrial and agricultural production lead to greater availability of the delicious treat to everyday people. Ice cream became an ubiquitous part of American culture: a symbol of wholesomeness, youthful delight and abundance, tied to indulgence and enjoyment as well as agricultural bounty and prosperity. When WWII ended (and when dairy rations were lifted) Americans celebrated with ice cream, consuming over 20 quarts of ice cream per person in 1946.

The ice cream truck, and its distinctive sound, have also become ingrained into the American psyche. It’s no surprise then, that they have become a popular motif in mid-century toy design. We have several ice cream trucks and carts in our collection from a number of different toy manufacturers. Some are made of plastic, others lithographed tin. Some are wind-up or have friction motors, and some do not. See the gallery here for a variety of ice cream truck toys within the collection, and check out our shop to see the limited quantity we have available for sale! 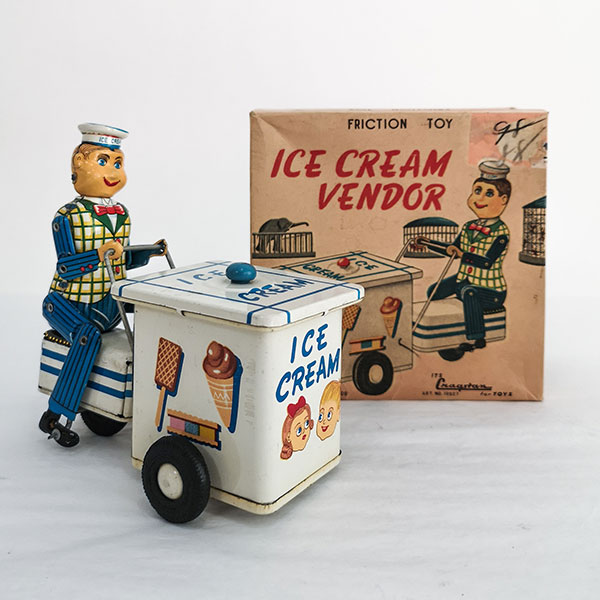 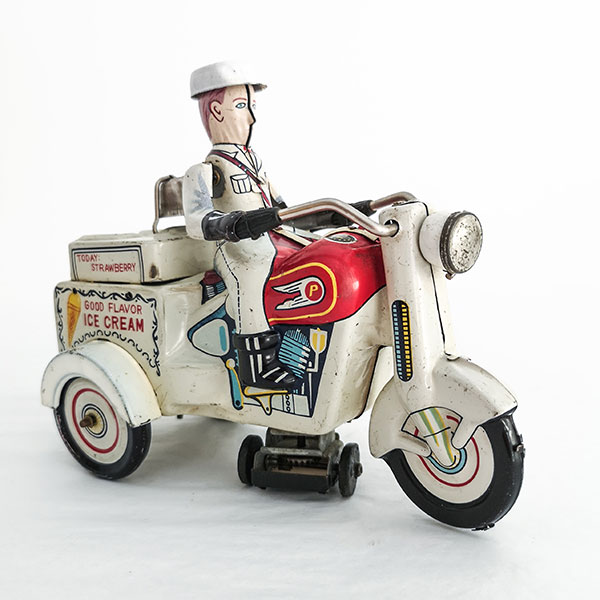 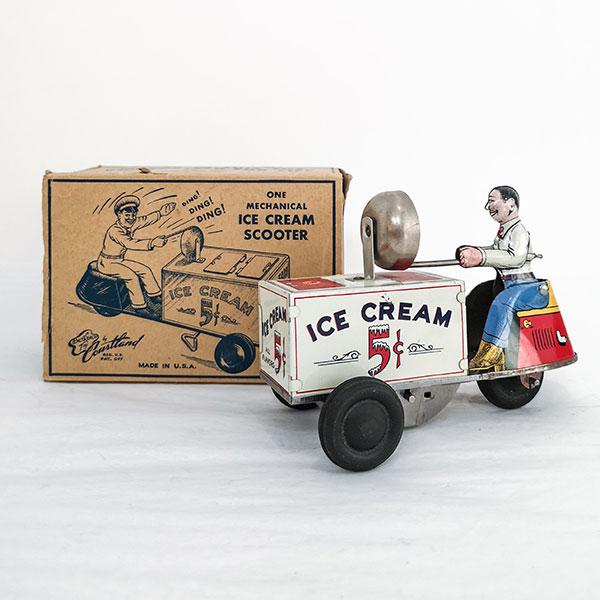 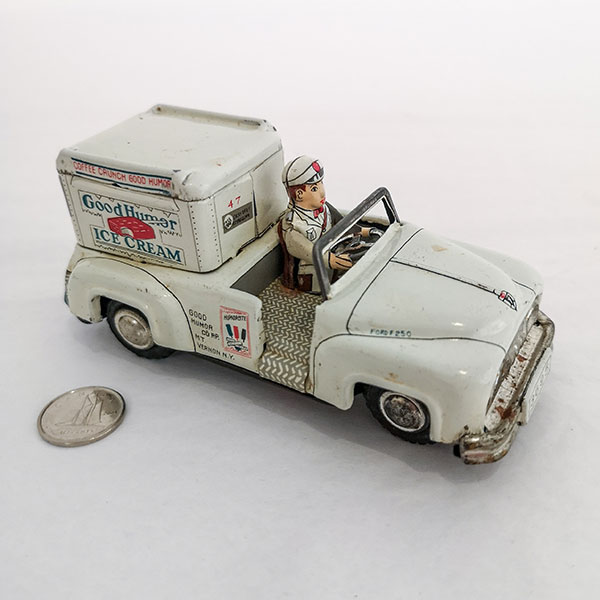 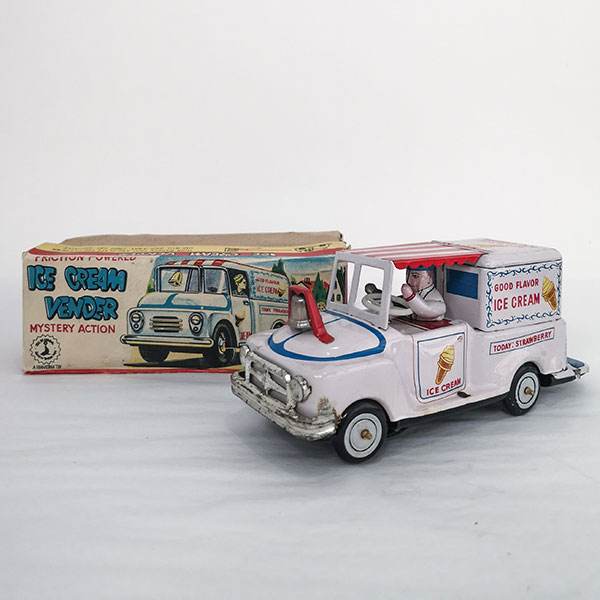 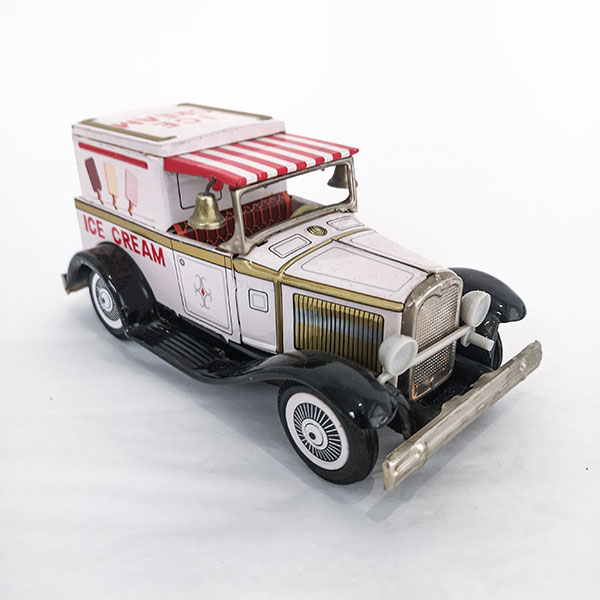 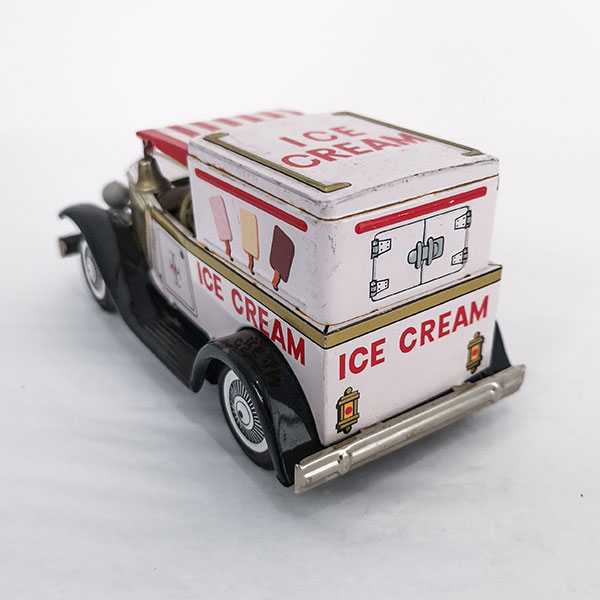 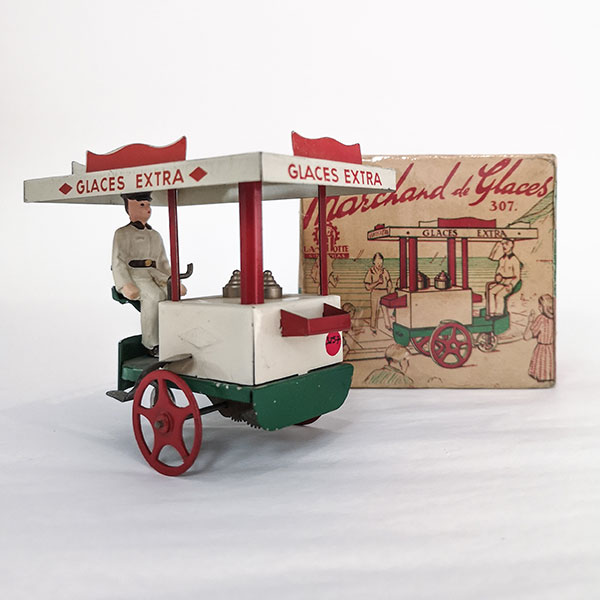 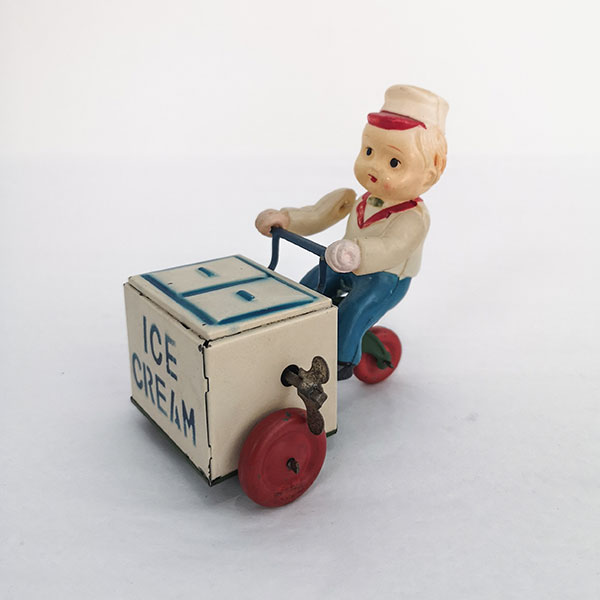 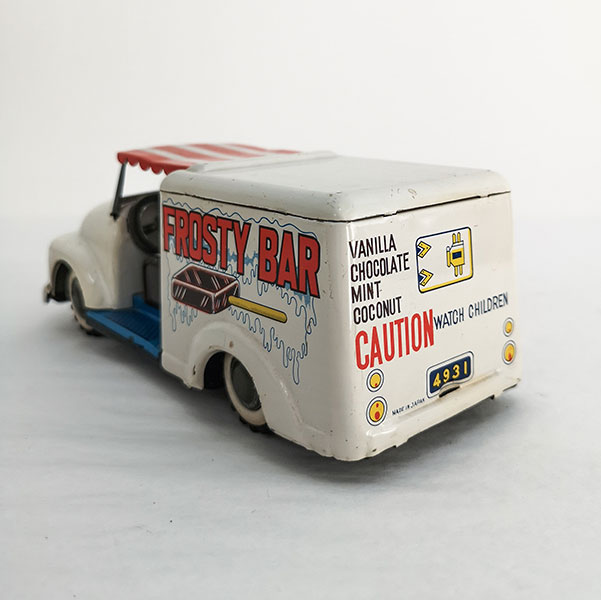 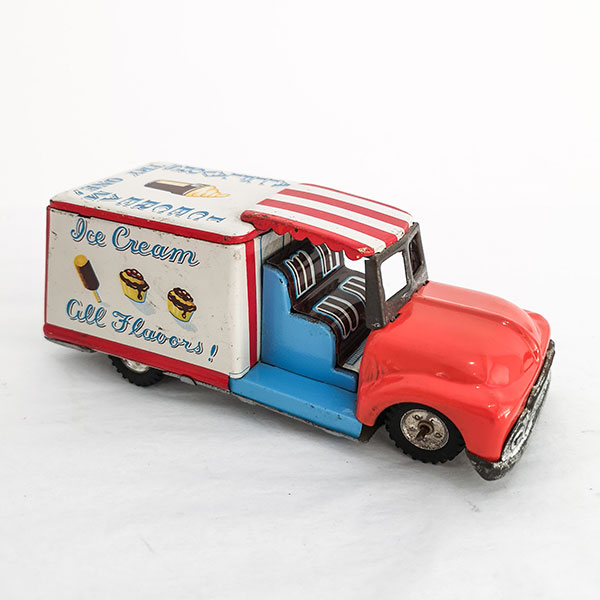 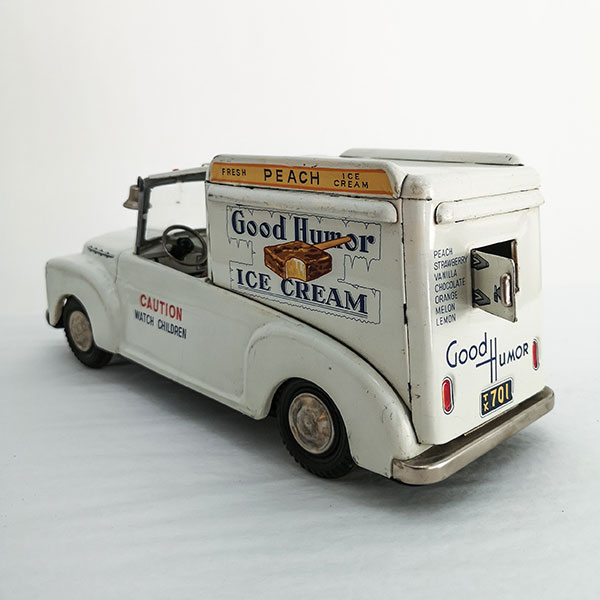 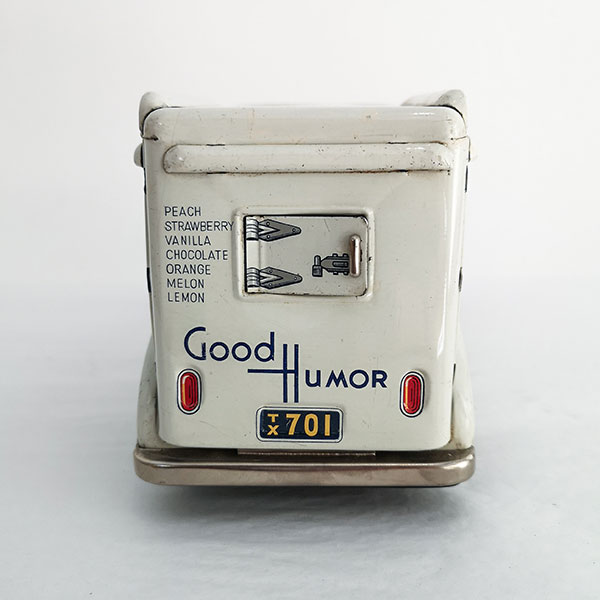 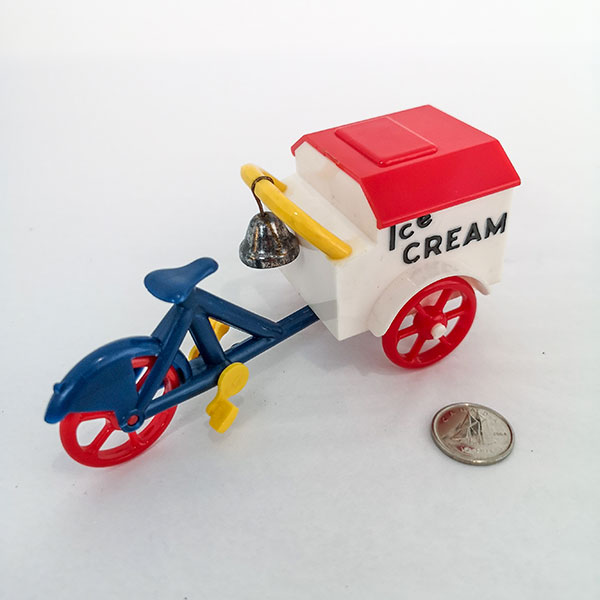 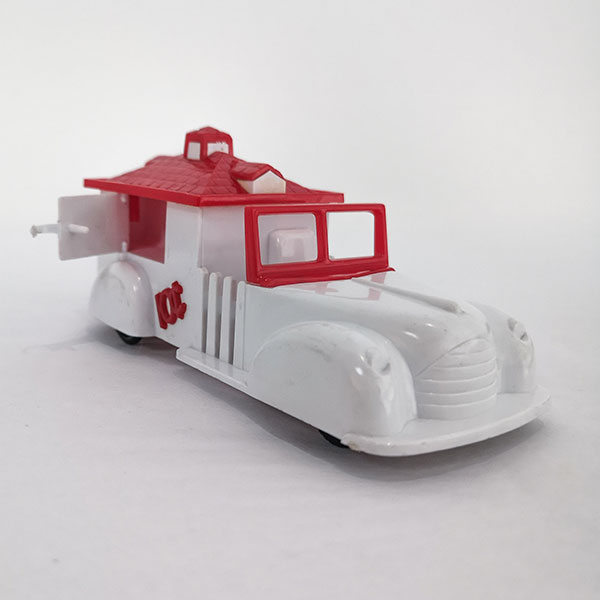 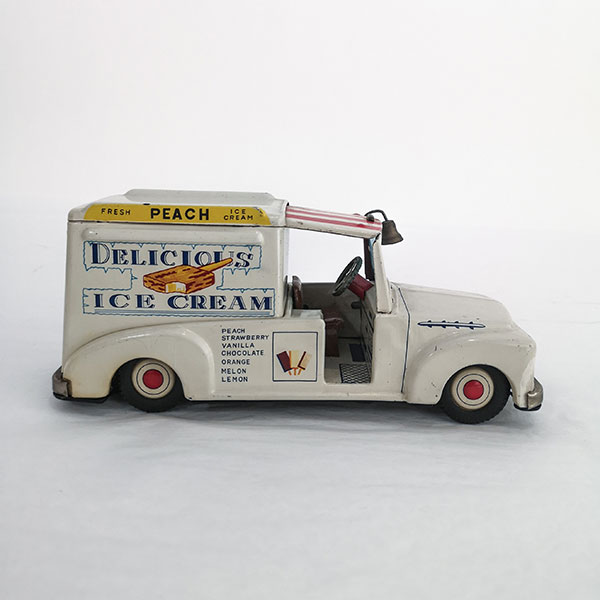 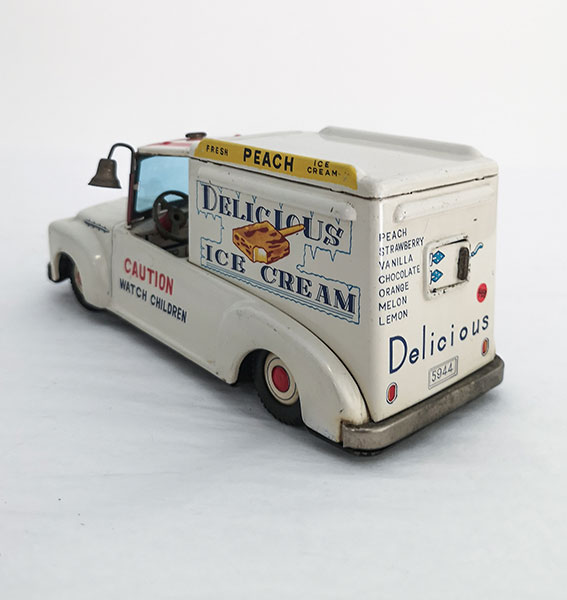