See the selection of Schuco toys we have in our vintage toy shop!
Shop Schuco Cars
Howie’s favourites

The 1940S and '50s were a golden era for tinplate toys. Sales boomed after the war, but declined by the mid-60s as plastic and diecast metals came into vogue as the materials of choice for toymakers, and tin toys became passé (though now a popular item among toy collectors and antique collectors).

By the end of WWII, the prolific German toy company known as Schuco had been in business for 33 years, and had survived the production halts of both World Wars.  Schuco toys produced shortly after the end of WWII, during the Allied occupation of Germany, are stamped with “Made in US Zone Germany”. In the 1950s, this marking changed to “made in Western Germany”. Prior to the war, Nuremberg (where Schuco was loacted) had been a world leader in toy manufacturing. Though Germany was defeated, the allies encouraged the country’s return to manufacturing, even directing financial aid to Germany’s industries. Schuco returned to production soon after, and by 1946 their toys were reappearing in American markets.

Many of Schuco’s now iconic tinplate clockwork cars were first introduced shortly before the war, in the late 1930s, resumed production after the war, and continued in production and popularity into the ’50s and ’60s. Colourful, shiny, and elegantly designed, these toys became known for their ingenious clockwork mechanisms.

One of Schuco’s earliest such toy cars was the Patent Auto 1001, first introduced in 1936. What made it so amazing? It was the first Schuco vehicle to feature their patented “turn-back” mechanism, which enabled the car to be let loose on a table-top surface and never drive off the edge! See below for a video of the Schuco Limousine 1010, essentially a larger version of the Patent Auto, which was introduced in 1939.

Many of Schuco’s subsequent tinplate cars were designed with the turn-back mechanism, along with other clever features such as bump & go action, rolling over, telesteering, and stop & go action triggered by a blast of air.

Check out this gallery to see just a few of the many Schuco tinplate clockwork cars in our collection, and head to our online vintage toy shop where we have some of these vintage tin toy cars for sale! Stay tuned for future showcases where we will go into more detail about the various Schuco models and other old toys we love! 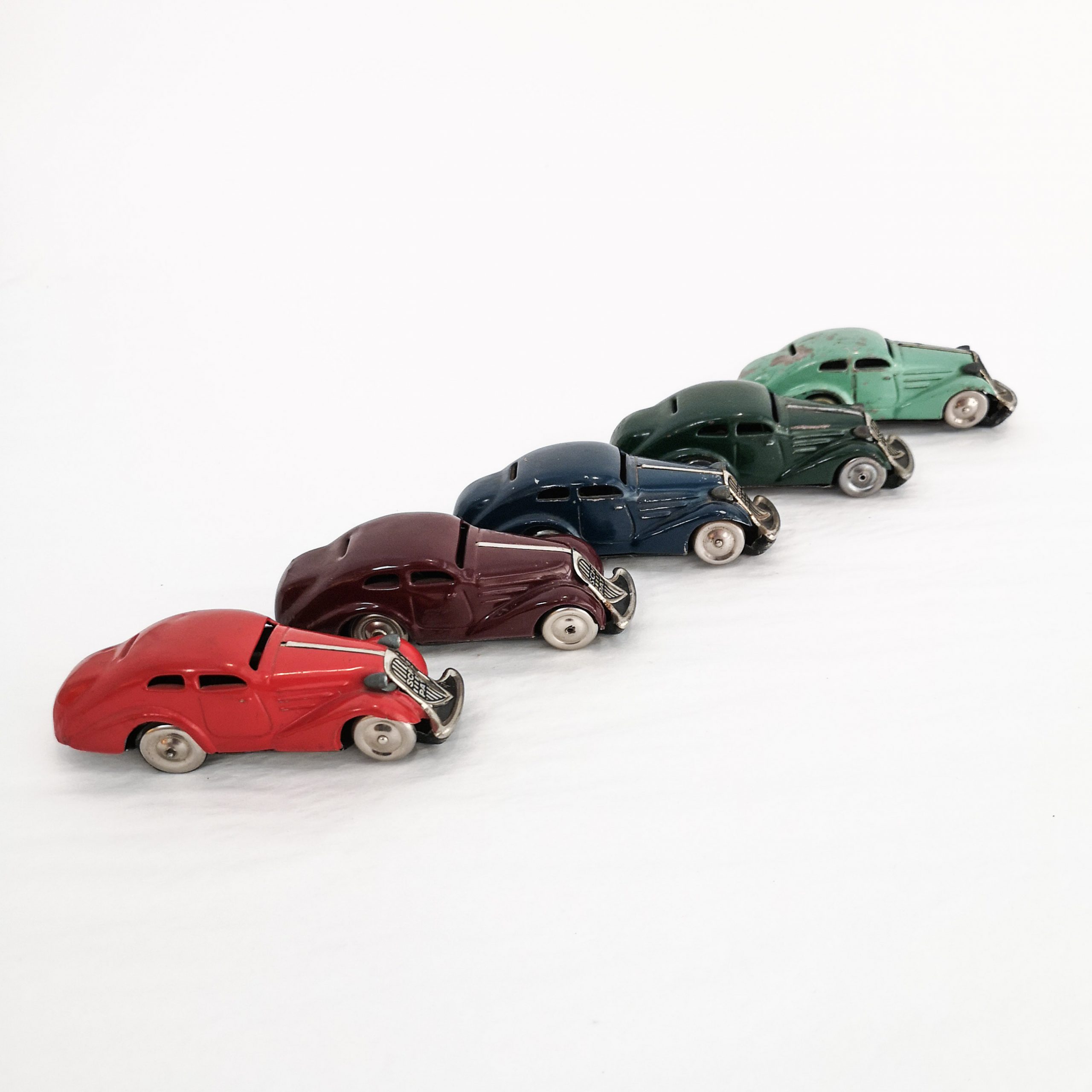 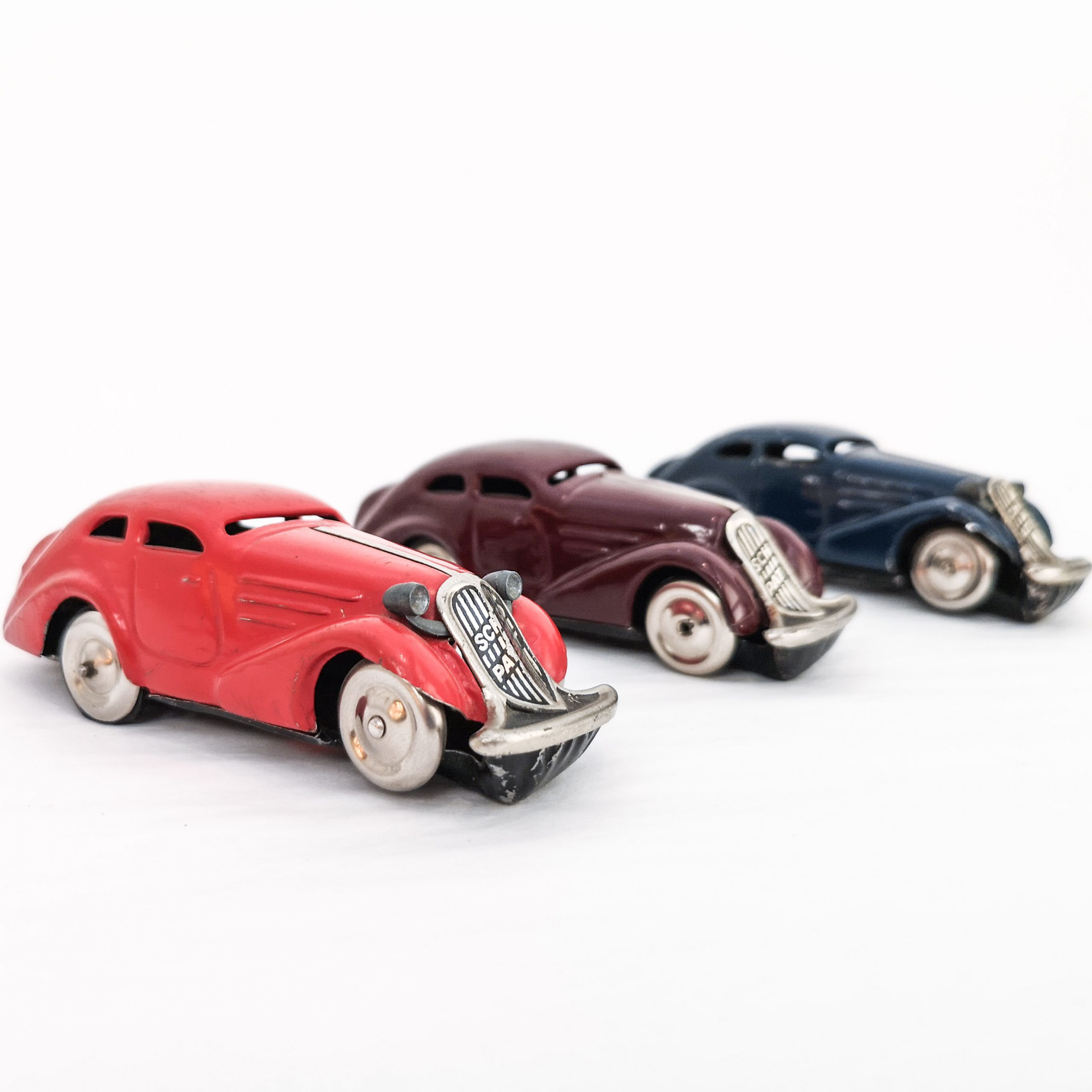 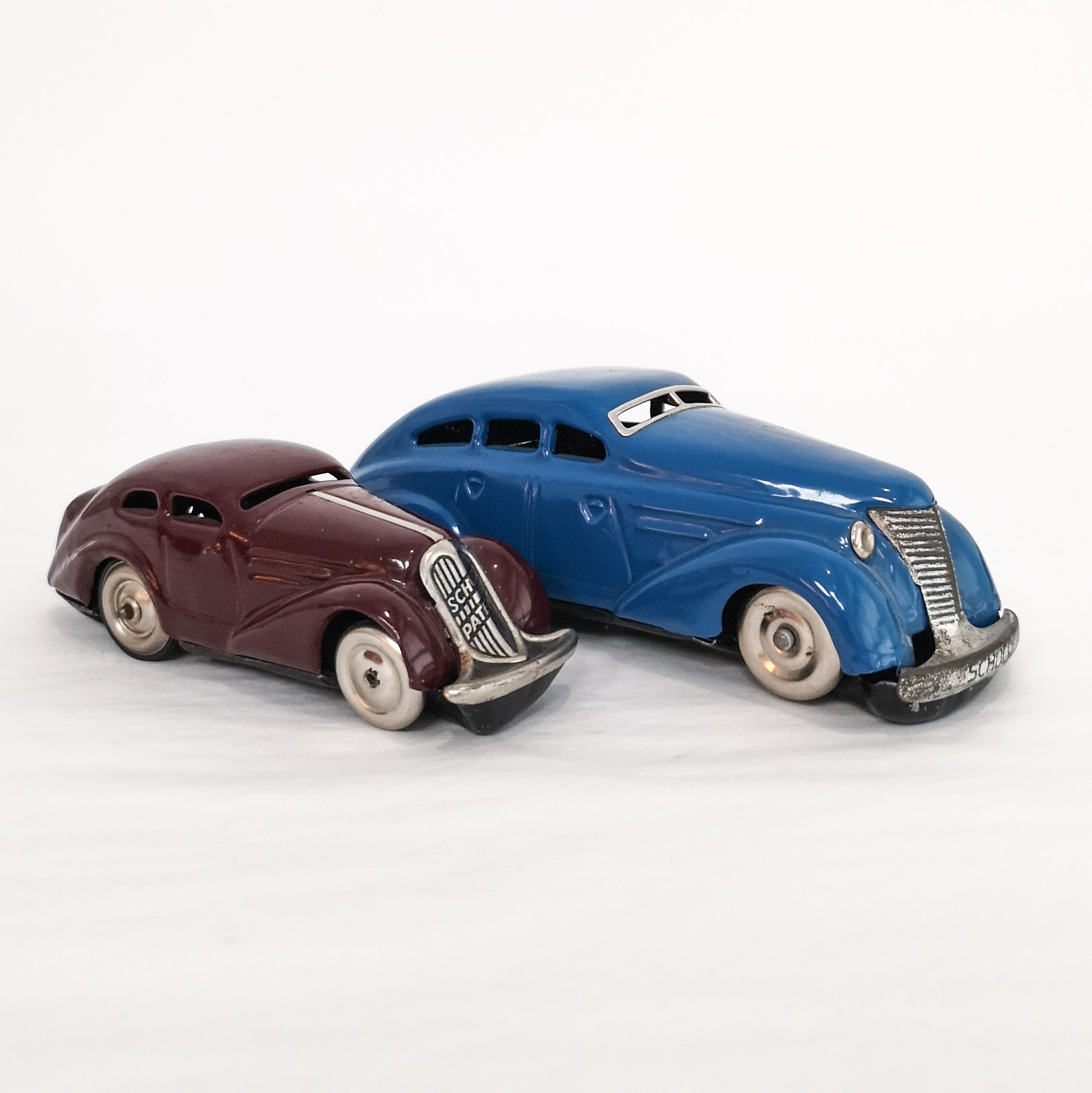 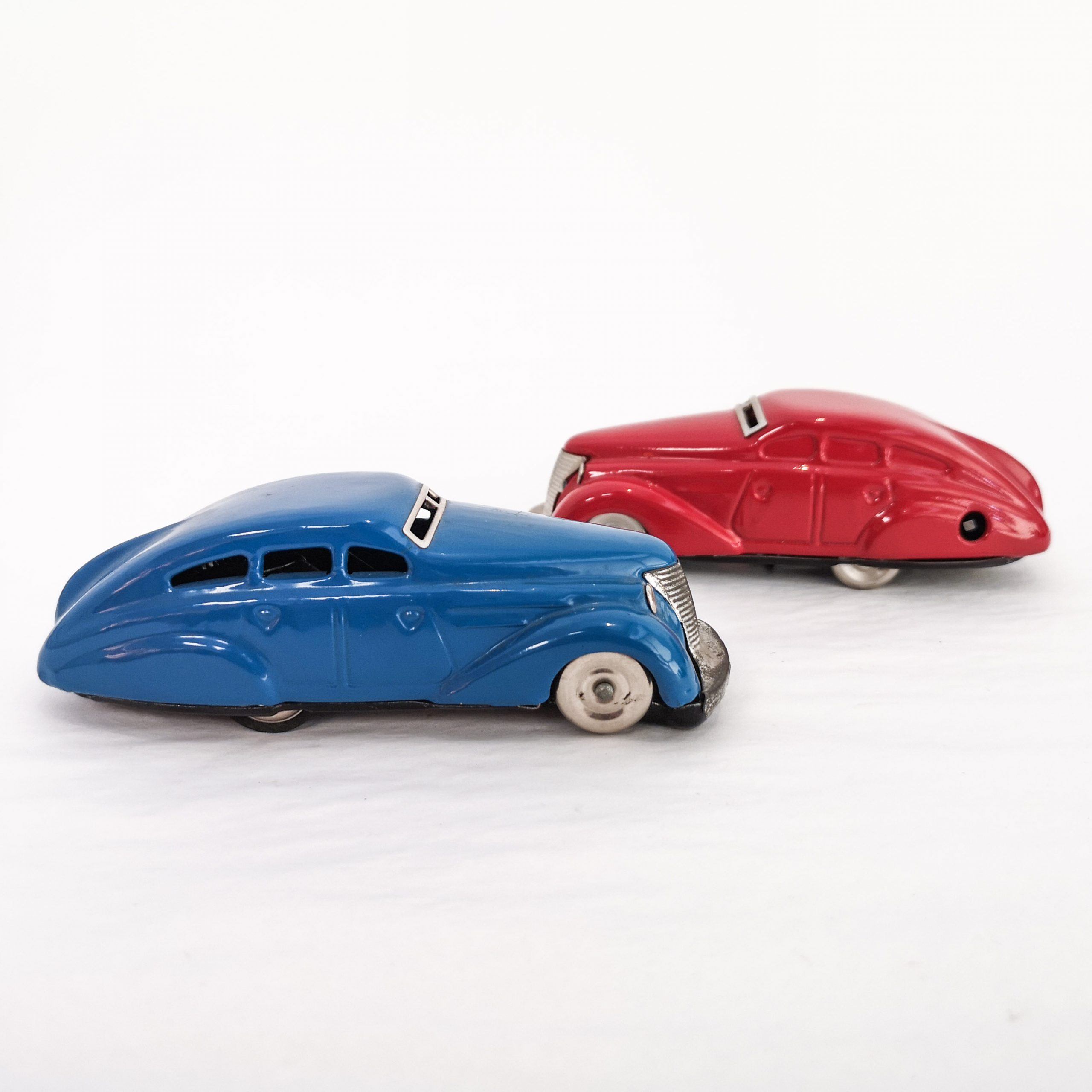 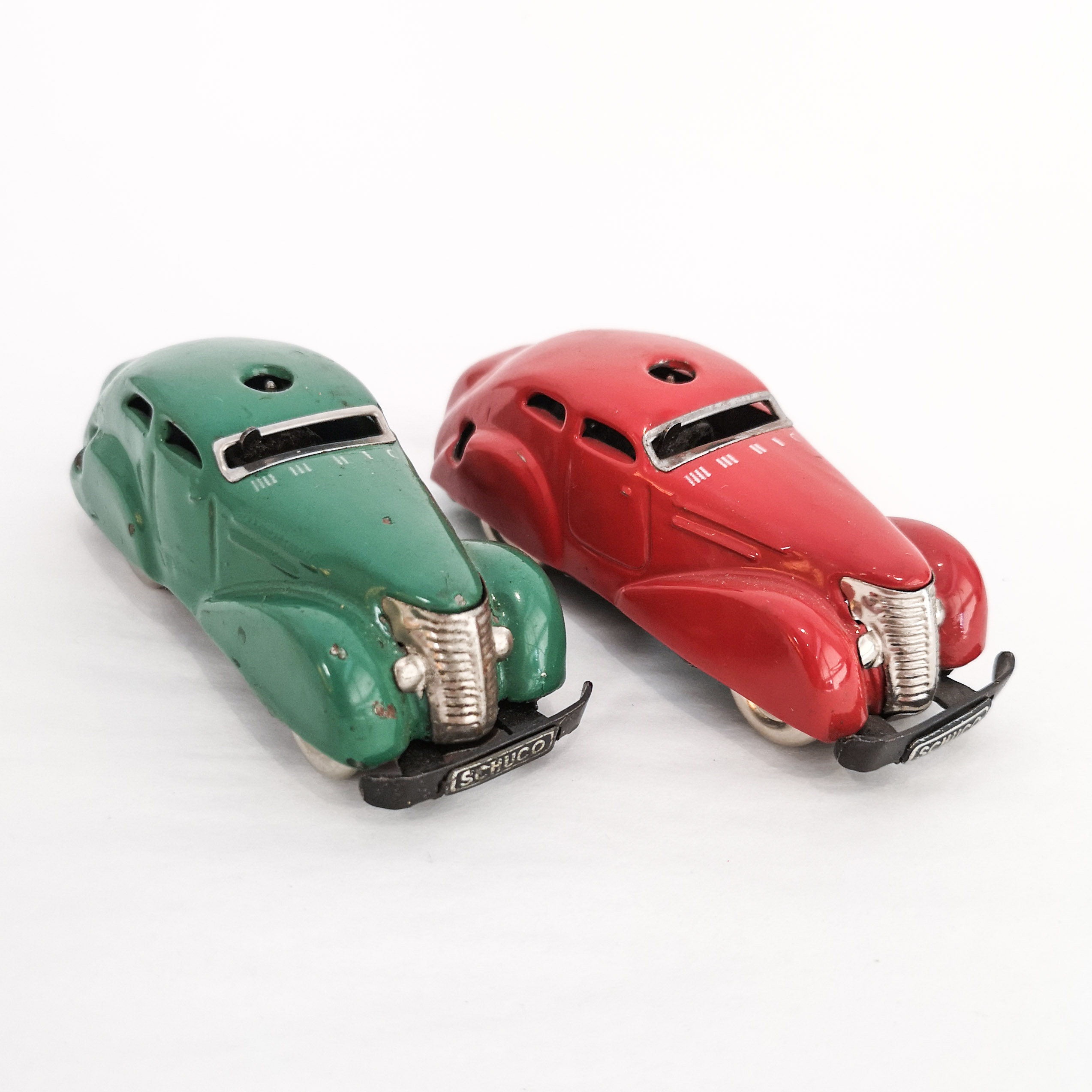 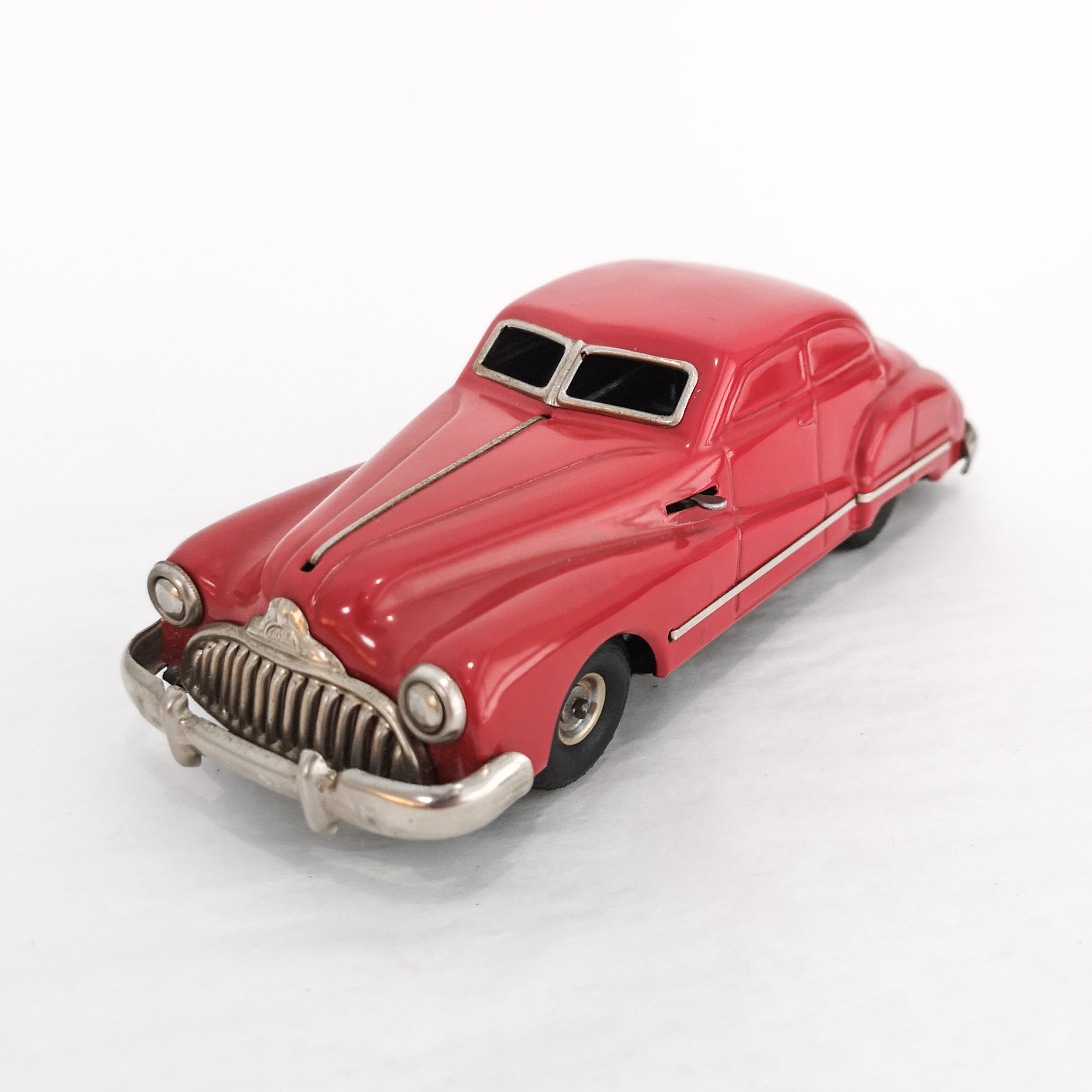 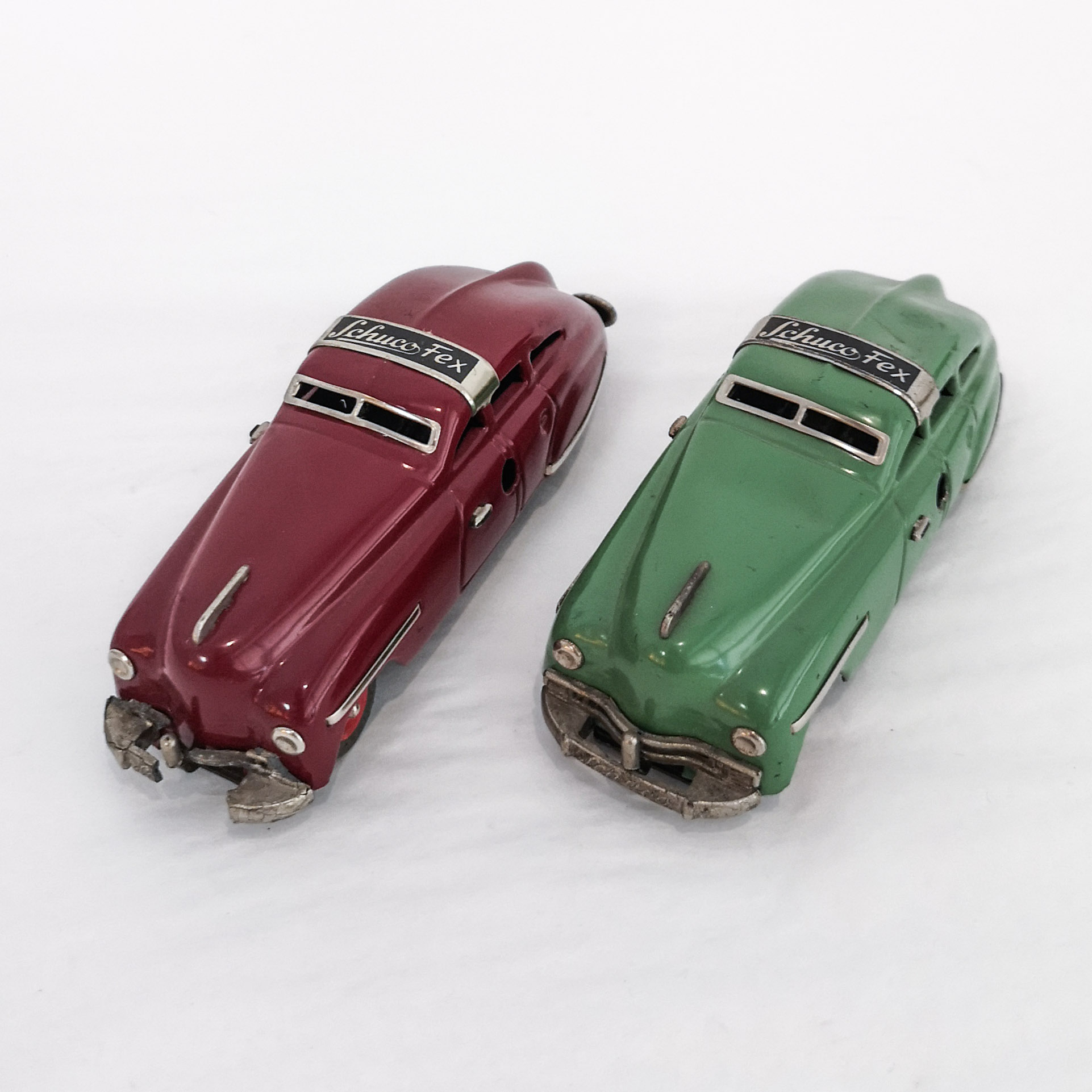 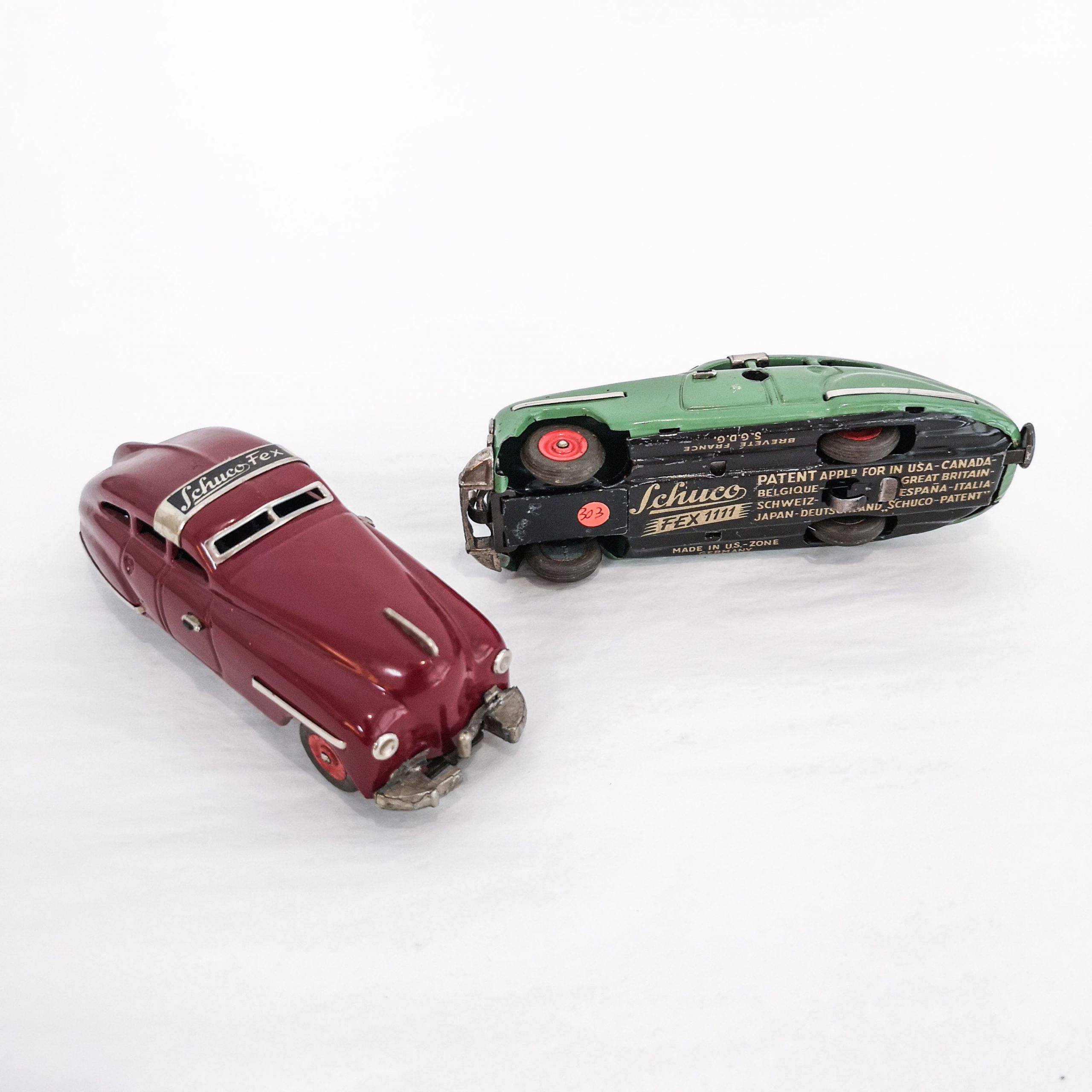 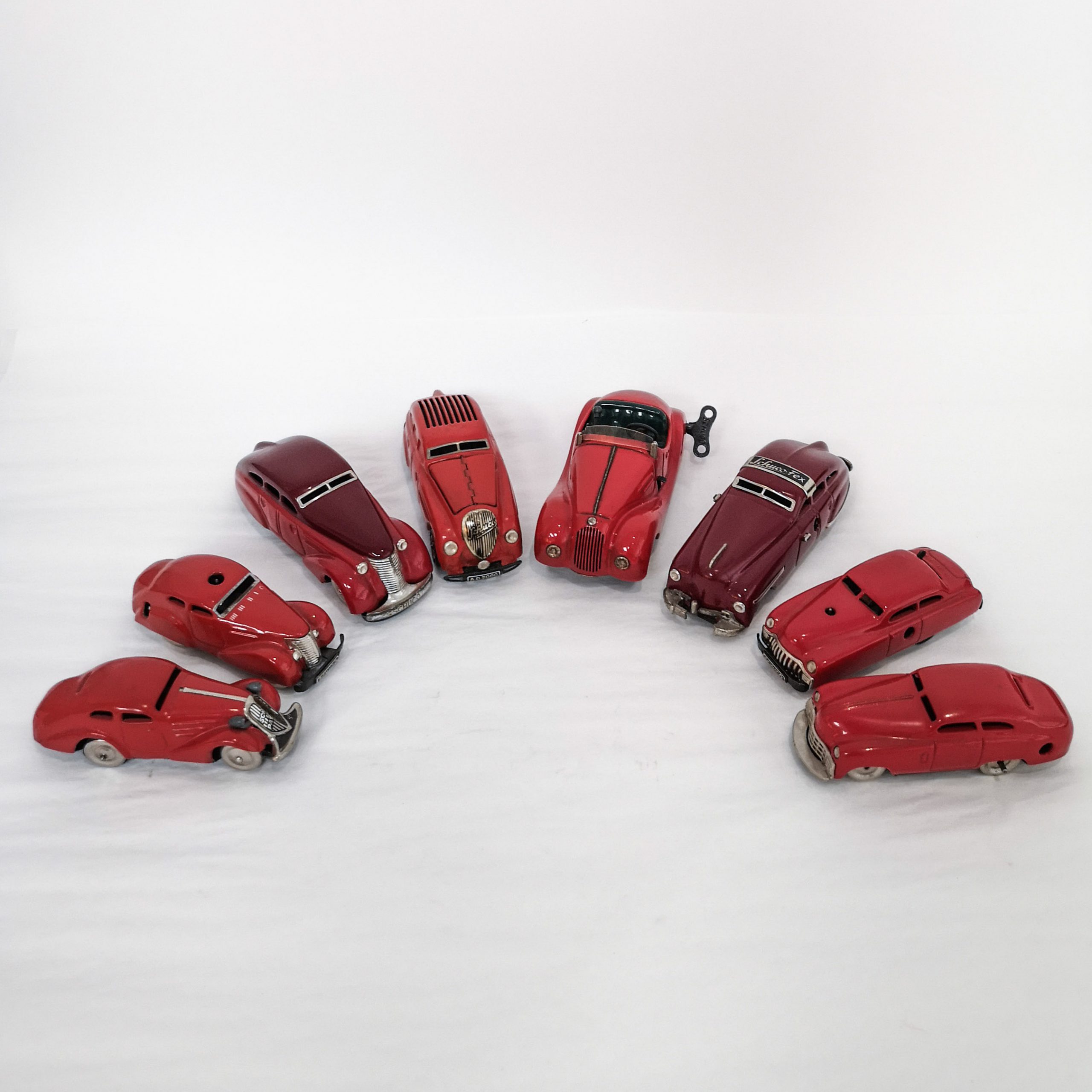